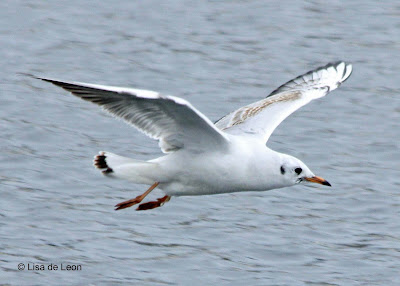 Having spent the week nursing a bad case of snow "shovelitis" in my neck and shoulder, I haven't been birding for days. It has actually been a bit of a relief that no rare birds have shown up during this time.  Another aggravating storm is about to take hold of St. John's, yet again! All things considered, I have selected some pictures taken late last week to share today. 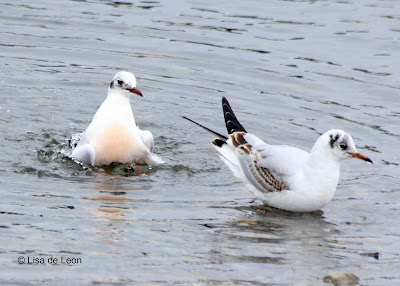 With Pier 17 becoming more and more inaccessible, getting pictures of the Black-headed Gull is going to be more difficult. These shots were taken at the Virginia River outflow into QV Lake, where a small group of BHGs has been gathering. 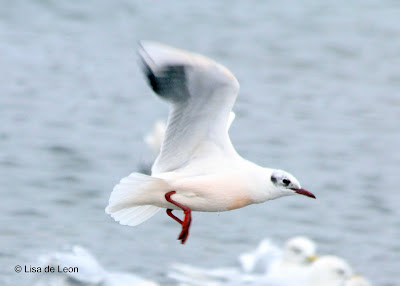 It was the bright pink showing on a couple of adult Black-headed Gulls that fascinated me.  When I first saw this a couple of years ago, I thought this coloration was a natural part of the spring transition, but now, I don't think so. Not all adults are pink. 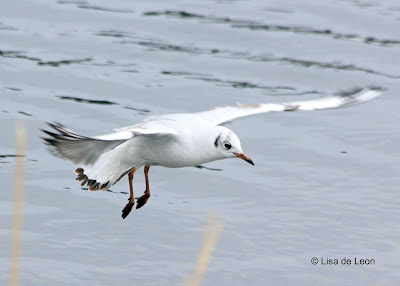 This phenomenon appears to be more linked to diet than to season. Some slender billed gulls take on this hue as a result of high levels of  Astaxanthin in their system. This red pigment is found in microalgae, salmon, trout, krill and shrimp. It is likely this pink gull has ingested lots of shrimp. 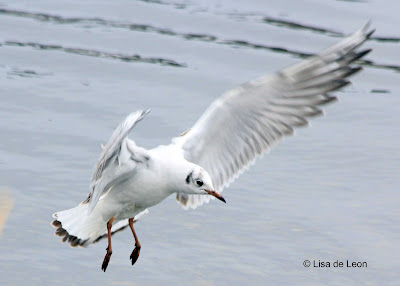 Black-headed gulls live a long life (up to 63 years old.) I can't help but wonder if it is a result of their high astaxanthin diet, as this super nutrient is known to fight free radicals that attack the body's systems. Research shows that its antiocidant properties combat aging, reduce hypertension, enhance muscle endurance, aid in digestion and more.
All this makes me wonder if I should run out before the storm to buy a stash of krill oil, salmon oil or a bag of shrimp to help with my muscle fatigue.