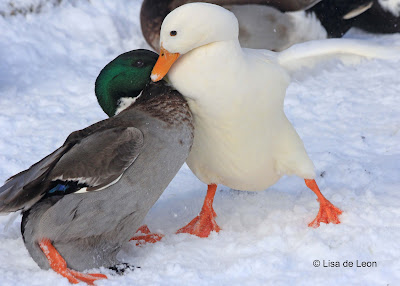 One day earlier in the month, I had finished a long walk around Bowring Park and was returning to my car. It was then a Mallard landed the first blow on a Domestic Duck. 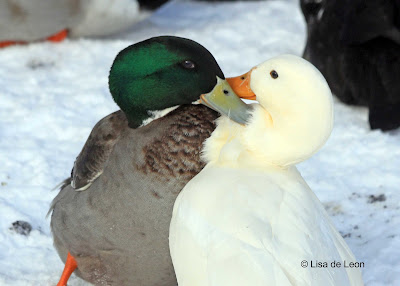 Right at my feet, all-out war broke loose. The Domestic Duck was not going to be trounced on without a fight. 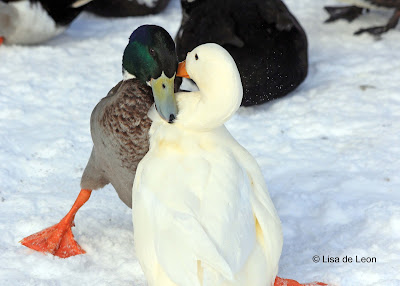 The spectator ducks backed off and formed a circle around these two like some back-alley brawl. The next five minutes were action-filled 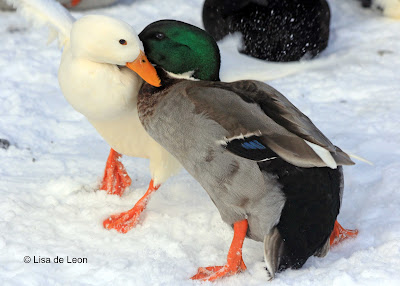 Both opponents were struggling to get hold of the other's neck. They worked each other as the crowd "quacked" them on. 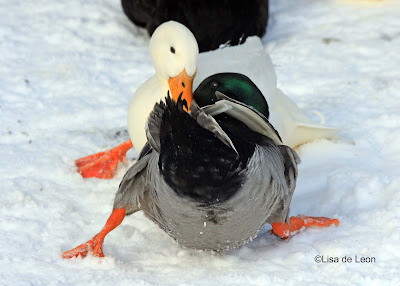 With feet firmly planted each one landed one blow after another. 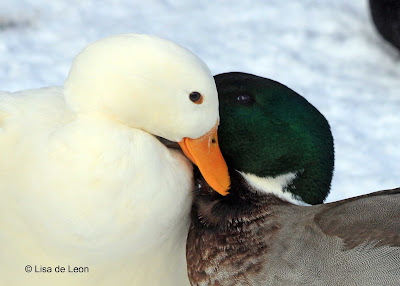 Cheek to cheek, they both tugged at each others' neck skin. Circling the arena, one would get the upper hand, and then...the other. 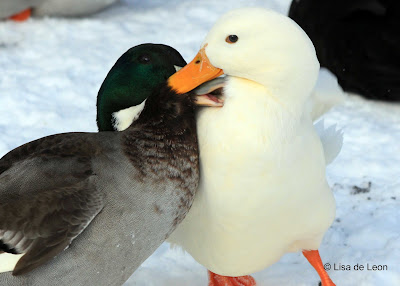 Domestic was setting up a "sleeper hold" on  Mallard. 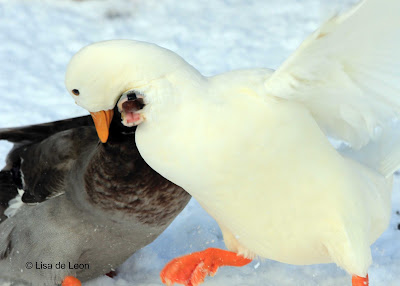 But Mallard was too slippery to let that happen. He wiggled and wiggled until he broke free. 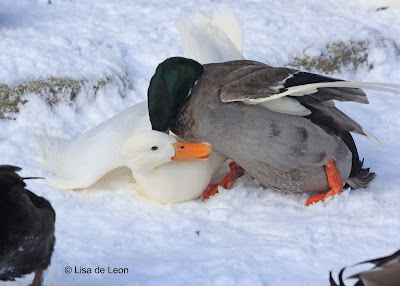 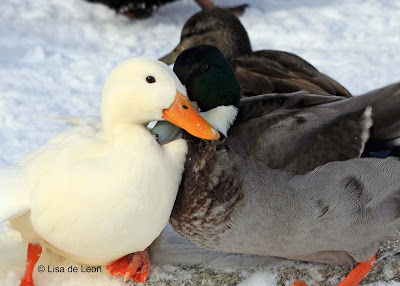 But, it didn't last long. Domestic found his feet and jumped back into the fray. 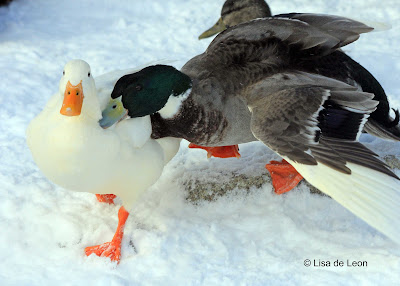 Domestic, deciding this should end, walked away. It was then Mallard took a cheap shot, and it started all over again. 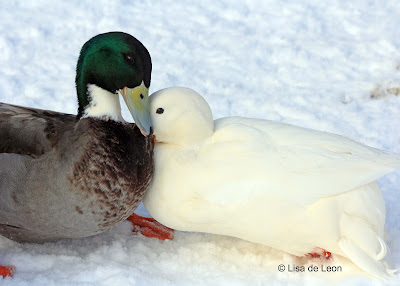 Domestic got low and Mallard couldn't attack the weak spot. 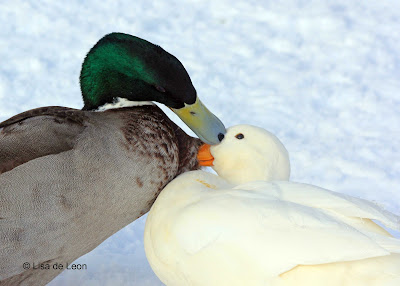 So, true to form, Mallard delivered a blow to the head, while Domestic held on to him. I expected to see them draw blood any time. Then, without warning, they both stood up and called it quits. 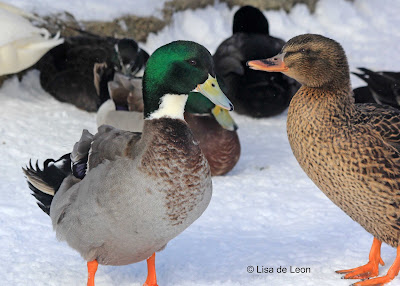 The missus, of course, appeared and began to give Mallard a real "dressing down." "You need Anger Management!" 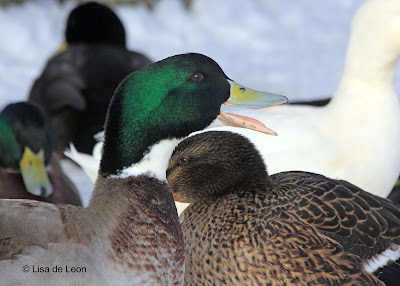 As she walked away, Mallard stood looking dumbfounded, "What did I do?"

And so, duck nature plays itself out again as I am reminded that birds sometimes act like people and get into unnecessary scuffles. Now, since it was not clear who won this round, I understand a poll will be taken among the on-lookers. If the mallards all vote for Mallard, and the domestics all vote for Domestic, the outcome will clearly name Mallard the winner. But...what if the domestics vote more than once? Can they even the odds?
Posted by Lisa de Leon at 12:58 PM