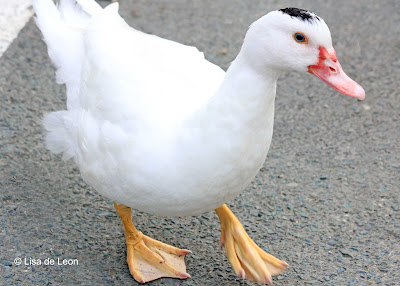 As I begin to visit the numerous ponds around town, it seems there are more domestic ducks than usual. There have always been some domestics about, but I have never seen such a wave of new ones as this year. 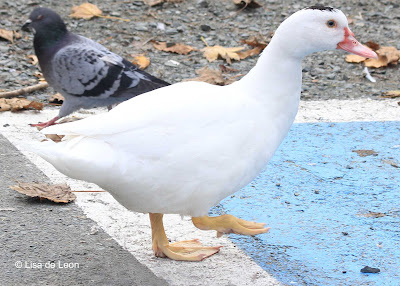 This pair of white ducks was prancing around Bowring Park. Their size and their pure white feathers really help them to stand out. Not that they were aggressive, but they were certainly at the front of the crowd when visitors brought snacks. 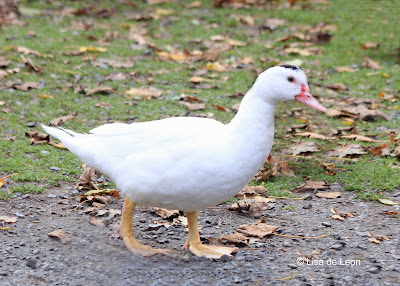 I began to look for pictures of a duck like this on the Net, but was unable to find any. (Click to enlarge pictures.) The blue eye, size and shape of the legs and the base of the beak all point to these being a type of Muscovy.  That is only a ventured guess as I have nothing to back it up. 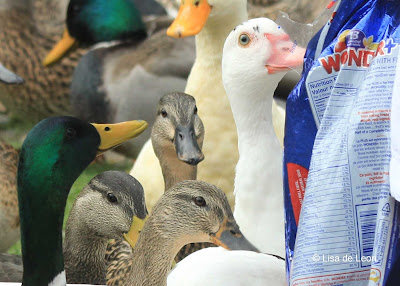 Clearly these were some one's barnyard pets. As soon as the bread arrived, these ducks rushed straight to the source and patiently waited to be served. 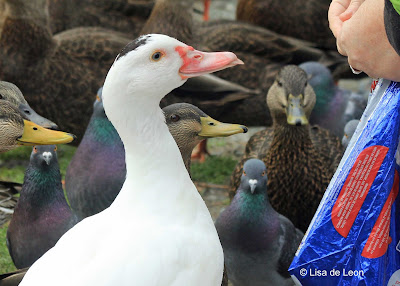 In anticipation of the sweet tasting bread, this one's tongue was hanging out. 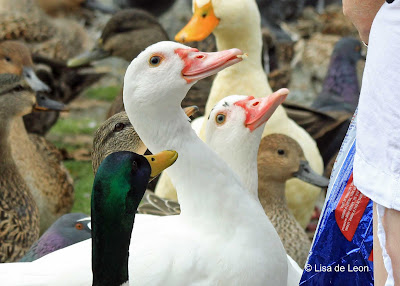 The pair really stole the attention, maybe because of their tame and patient nature. They clearly have been hand-fed  before. Almost like a puppy who has to sit before getting a treat, these two waited and took turns like trained pets. 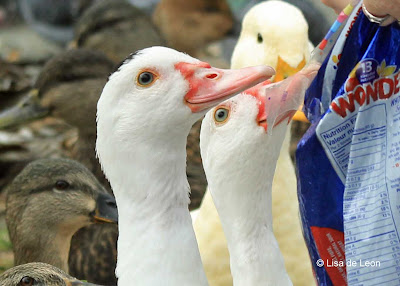 What causes someone to just drop off a handsome pair of domestic ducks like this in a public park? For one thing, they probably won't find their way home. For another, they will surely be fed well in a public park like Bowring. It seems like an okay thing to do. Afterall, they do add a lot to their surroundings and will probably become public favorites very quickly. 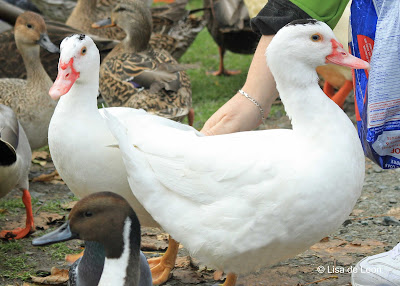 When they had their allotment, the lady petted them and sent them on their way.
Posted by Lisa de Leon at 3:59 PM