From Kelly's Brook to Cape Spear 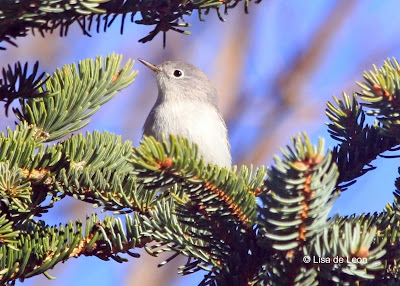 The Blue-gray Gnatcatcher and warblers lingering at Kelly's Brook have created quite a stir. The area has been swarming with people wanting to get a glimpse of these great little birds. Now, that weather has turned cold, it might be a good idea to give them a real break so that they can focus on finding food. 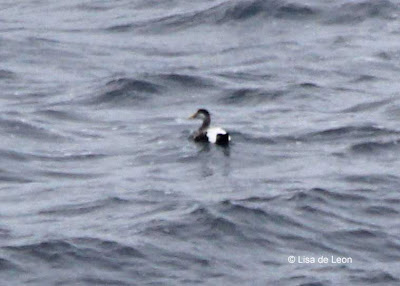 Yesterday morning dawned with a temp just above freezing and no wind.  For me these are ideal conditions for a stroll around Cape Spear. On the way out, I saw few birds: A Pine Grosbeak, a Northern Flicker, a flock of American Goldfinch and very few Dark-eyed Juncos.  It was easy to make a speedy drive to the Cape. For today's post I have included a mix of birds I have seen at Cape Spear this month.  This shot of an immature Common Eider was taken around the 10th. It was the lone eider in the area. 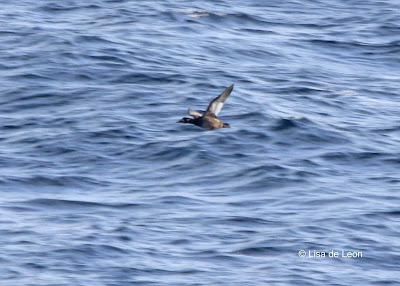 On yet another day when there was very little activity at the point, when this great White-winged Scoter decided to do a fly-by fairly close to shore. At first it came in heading North, but then made a U-turn and went back South. 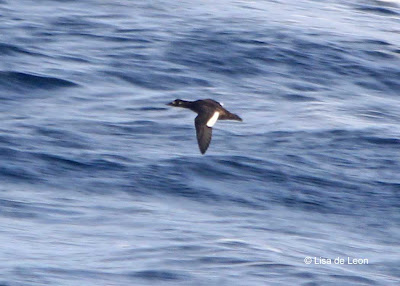 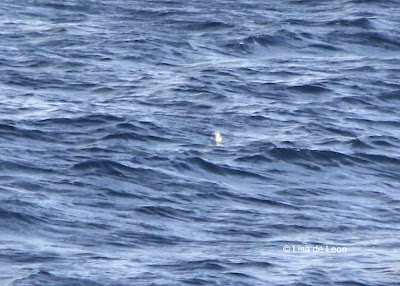 On the same day as I saw the scoter, I spotted this small white and gray bird sitting on the water. It was too far for me to get an ID with my binoculars. 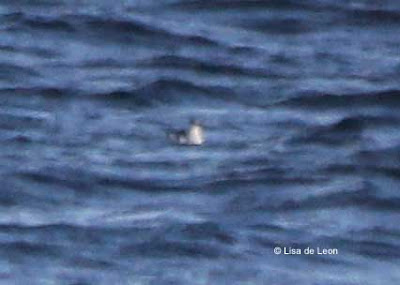 Even with a photo, I am unable to tag this bird with an ID. All I could do was say what it was not:  It was not a Guillemot, not a Long-tailed Duck, not an Eider, and not a Scoter. The possibilities are shrinking. I am going to take a wild guess that it is a Shearwater, species unknown. 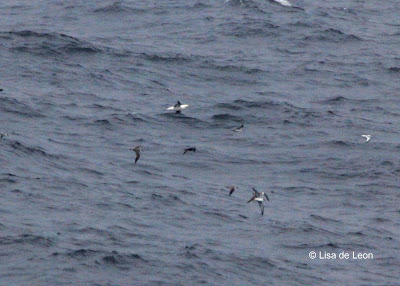 Quite early in the month, there was a lot of shearwater activity.  Of course the weather conditions made viewing them very difficult. The drizzle, mixed with high winds and a feisty ocean swell, made it very difficult to see.  Nevertheless, there were numerous Greater and Sooty Shearwaters, mixed with a few Black-legged Kittiwakes, Northern Gannets and what I think is a Northern Fulmar. 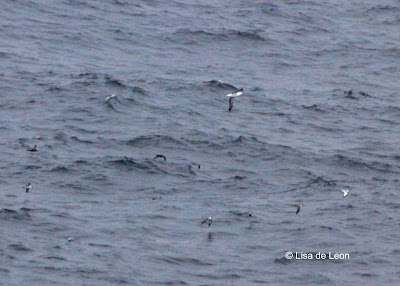 The size, shape and coloring of the white bird in this picture just didn't look like a typical sea gull.  It was impossible to get a look at its beak, but I would bank on this being a Northern Fulmar. The Cape always offers an unpredictable mix of sea birds, making it a "place to go." 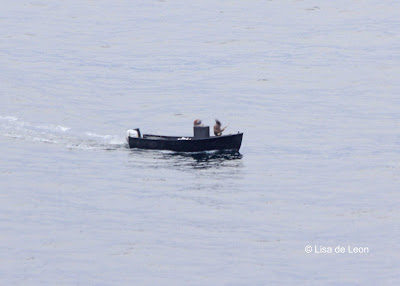 In fact, I am often surprised by other things I find at Cape Spear such as: Breakfast on the Edge, a Snowy Owl, an Ovenbird, a Yellow-billed Cuckoo, hundreds of whales and more. Yesterday, was no different. I saw this boat, at first, from a distance and because of its color and the way it sat low in the water, I thought it was a military boat. Then, I heard several loud pops echo across the water and watched the water spray in the trajectory of the gun. It finally dawned on me, these were bird hunters. I guess this is the season, but I cringed for every little black and white bird that flew by. I was rooting for them to turn around and go the other way. So is the cycle of life! Many Newfoundlanders graced their table with "turr," the local name for Murre.  When I first came to NL, I was boarding for about two months and can remember turr being on the menu. Don't think I could eat them now. Nevertheless, this is a tradition that deserves to survive. ﻿
Posted by Lisa de Leon at 10:27 AM