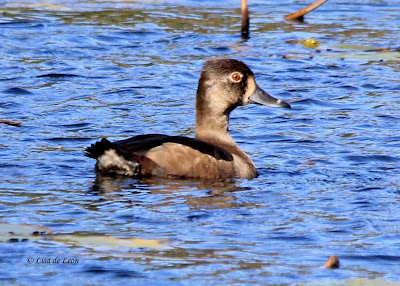 As the passerines disappear, the diving ducks appear. Many of the city ponds now have a mixture of diving and dabbling birds sitting on them. Pied-billed Grebes, Northern Shoveller, Ring-necked Ducks, Greater Scaup, Lesser Scaup, Tufted Ducks, Wigeons, Green-winged Teal and Hooded Mergansers have all been reported around the city. 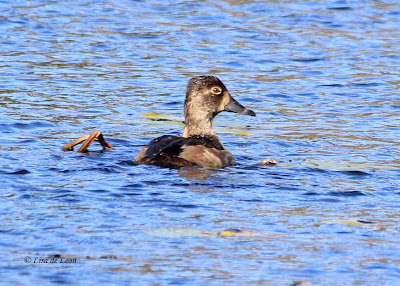 These female Ring-necked Ducks were particularly interesting as they are not always as accessible as they were in Kent's Pond on October 18. It takes a little finesse to get close enough to photograph them. Most diving ducks take a big leap and go under as soon as they spot people. 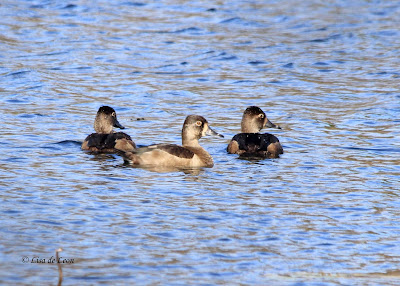 To get these shots, I worked my way toward the water's edge through the thick cover of the woods. Hiding behind trees, with only my lens protruding, I was able to get fairly close.  I didn't see any males on the water that day, and I don't think these three females stayed too long. Nevertheless, it was long enough for me to get over to the pond and enjoy them. 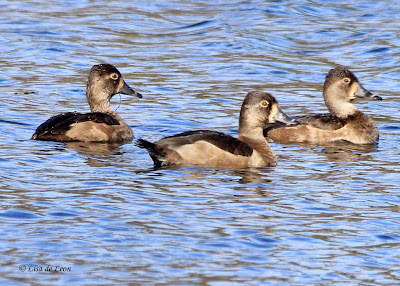 While it is something of a challenge to differentiate the females of the scaup family, these females are very easy to ID even for a novice like me. My handicap it pretty high when it comes to identification. 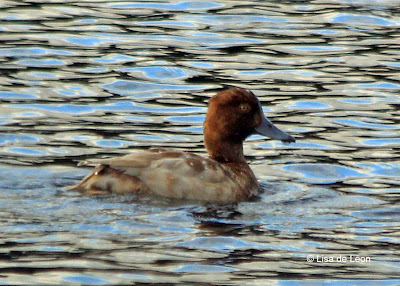 We can never take these little flocks for granted not only for their value in their own right, but sometimes mixed in with them are birds of note. 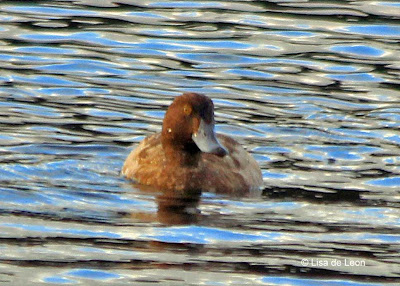 The red head on this bird really makes a birder do a double take! Could this be a Redhead? A Canvasback? Nope, none of the above.  It was identified as a leucastic Lesser Scaup. 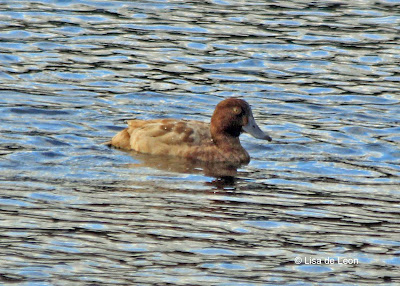 It is okay to be a little disappointed that it isn't the hoped-for rare bird. Nevertheless, it is really special anyway.  I have never seen a leucastic bird, and I was pretty impressed with its coloring. Impressed enough, to once again weave my way through the bushes and trees to try to get close enough to photograph it.
Well, I am heading out to do a little birding this morning. I wonder what thicket, puddle of water, slippery rock or other natural obstacle I will have to overcome in order to see a special fall migrant.﻿
Posted by Lisa de Leon at 7:05 AM