The Sharpies Are Back 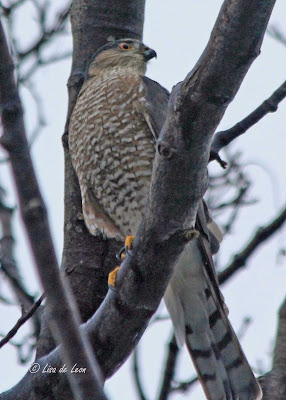 Several people have told me they are seeing the Sharp-shinned Hawks around their feeders again. There is nothing quite like the entrance of this bird into the zone to clear a feeder and a yard of birds fast. 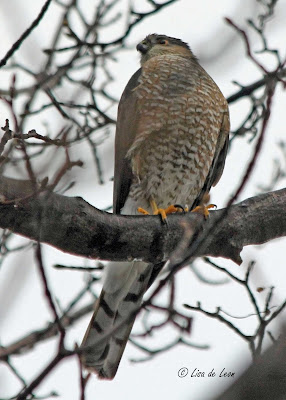 For several days there were many House Sparrows, two Dickcissels and an Orange-crowned Warbler frequenting the feeders and area near Caledonia Place.  They were there pretty much around the clock for several days. Then, nothing. 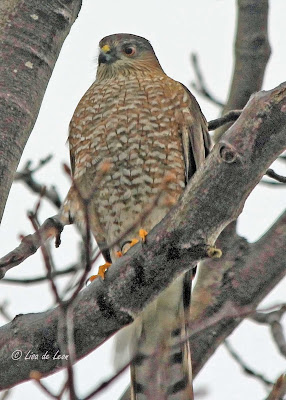 When I drove into the area early one morning, I was really surprised as there was not one little bird anywhere. I was so puzzled by this because there had been so much activity just the day before. I stopped and sat for a moment wondering why. It wasn't long before my eyes landed on this predator sitting in the very tree above the feeders. 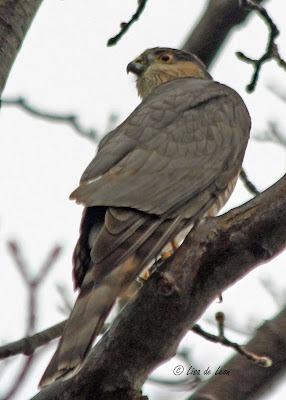 He almost seemed as puzzled as I was. He looked left, right, over his shoulder, upward, downward, and like me, he found nothing. 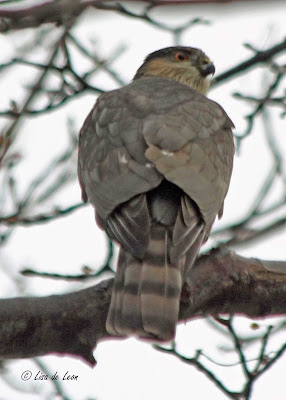 I have dropped by the area a couple of times over the last week and the area is empty. There were two Blue Jays, but that was it. Is it possible this hawk drove these birds away? If so where did they go?  It was not a small flock which should make them somewhat easy to re-find. Yet, I have seen no small bird activity in the vicinity. I don't blame this guy, as he is all part of the big bird picture and is really pretty nice to watch.﻿
Posted by Lisa de Leon at 3:57 PM