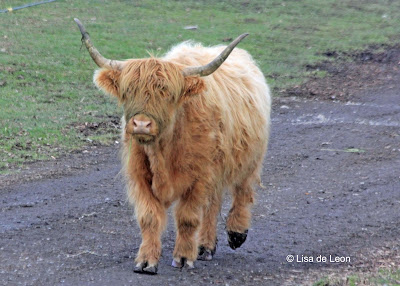 Once a year, I try to get to Lester's Farm Chalet. The freshest of the fresh foods and the idyllic setting are the main attractions for me. During my childhood, I spent a lot of time around farms and returning to one, no matter how briefly, brings up a lot of good memories. 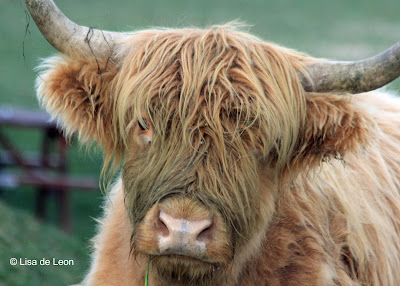 On a recent visit to the bard yard off Pearltown Road, I was greeted by new animals and fowl that I don't remember seeing there before. Upon arrival, this great little Scottish Highland cow was strolling up the path straight toward me. Given the horns, I was pretty cautious and got back in my car.  Not to worry, the little guy strolled on by heading for a bin of cabbage. 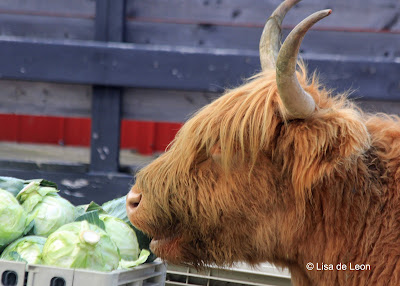 The Scottish Highland is the oldest known breed of cattle dating back to the sixth century.  It is the oldest pedigreed cattle breed in the world and the first to be registered. What a special treat to be able to see it up close. 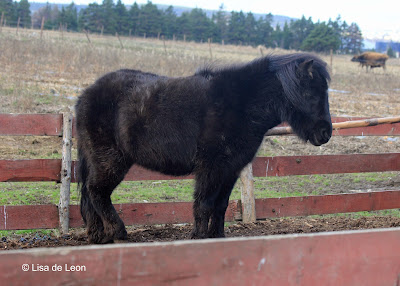 Juxtaposed with the Highland was what I believe to be a Newfoundland Pony. They are few and far between these days. The Newfoundland Pony evolved from several breeds of horses brought over to Newfoundland by the early European settlers. In 1935 there were nearly 1000 Newfoundland ponies documented around the province. By 1997 when this pony was declared a Heritage Animal, there were only 144 remaining on the island. I vividly remember during the 1970's when small herds of these creatures would roam freely through the town of Gambo, often raiding gardens and knocking down fences, to the chagrin of the residents. Nevertheless to me, it was a great taste of how life was before so many controls placed restrictions on freedom. 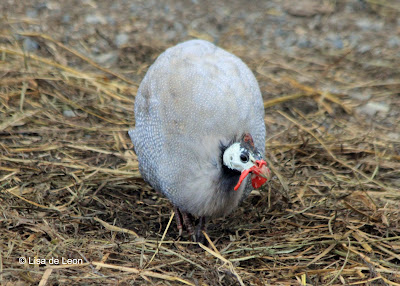 I was totally shocked to spot these Helmeted Guinea Fowl in the barnyard. This domestic breed hails from West Africa but has been documented back to  1475 BC in Ancient Egypt. 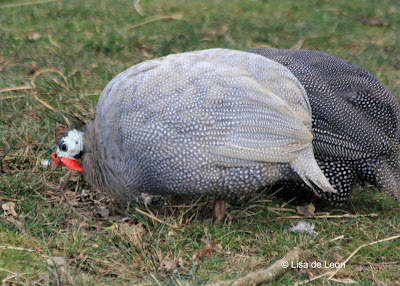 Guinea Fowl have a reputation of being a bran yard bully, but on this day at Lester's Farm, they were on their best behaviour. 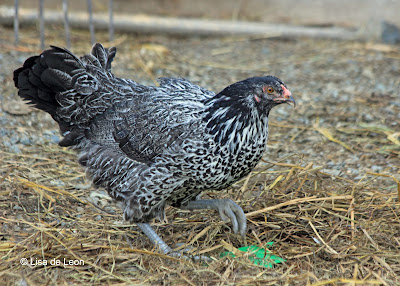 Roaming around the barnyard were several species of chickens. I spent a lot of time yesterday searching the Internet in an attempt to identify these breeds.  After several hours of searching, I was only able to find one of the three. 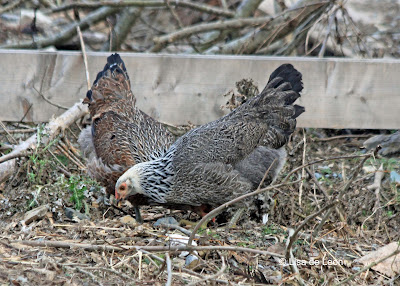 This species, I think, is the Silver Grey Dorking. While searching the many chicken sites, I realized that I knew quite a few breeds of chicken, and I was reminded of how attached chicken-owners can become to their pets. 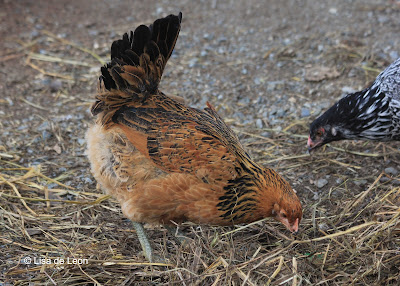 There is such a great selection of animals and fowl at this farm that it shows just how much thought went into populating it.  I should add that this is only a small portion of the animals kept by the Lester family. The storefront farm on Brookfield Road also maintains a petting barn with even more birds and beasts. 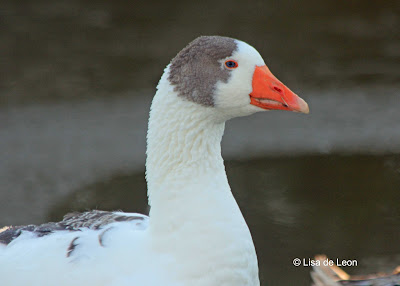 Of course, what would a barn yard be without a resident goose? I think this goose is a Twentse Landgan. There are so many different breeds of domestic fowl that to master all of the breeds would require a lot of study time.  The truth is, you don't have to know the breeds in order to enjoy them.﻿
Posted by Lisa de Leon at 8:03 AM