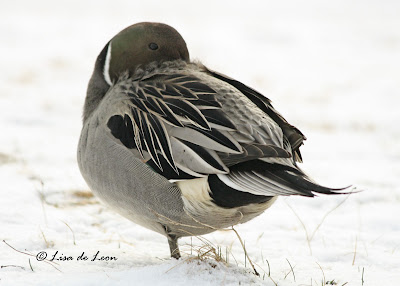 This last week I visited the Virginia River outflow at QV Lake to scan the gulls in the open water. There were several ducks and pigeons on the shoreline, as usual. As I watched them I began to notice some early signs of Spring behaviour. Maybe the longer days are making them frisky. Beyond the bobbing and prancing, I watched this story unfold with a Northern Pintail triangle. Mr. Pintail was having a peaceful rest, all tucked in maybe ready for a long nap. 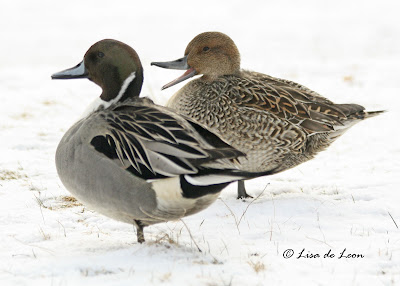 The missus strolled over and began to go on about something. His rest was totally interrupted. He didn't seem pleased. 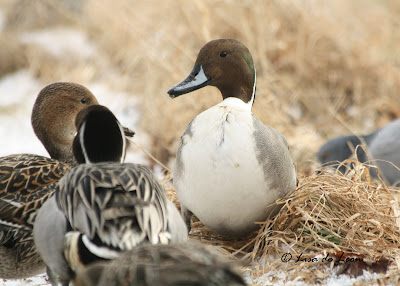 She led him over to this guy as if to say, "That's him, that's the one!" She then scurried out of the way. 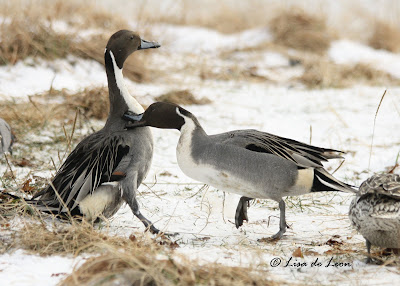 It wasn't long before a scuffle ensued. The message was very clear - "Stay away from the missus!" 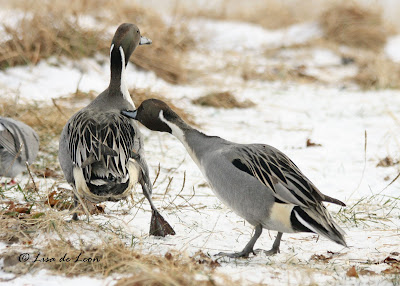 The "other" Northern Pintail didn't even fight back. He took his punishment and tried to clear himself from the blows of the protective mate. 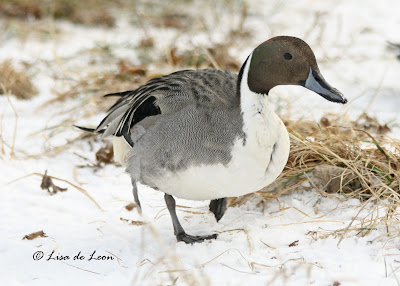 Mr. Pintail seemed satisfied that he had sent a clear message and headed back to his resting spot where he quickly set up for his planned rest. It is just these kinds of natural behaviour that are so often documented in nature films. Language seems so unnecessary when you can watch the whole story unfold.
Posted by Lisa de Leon at 9:06 AM