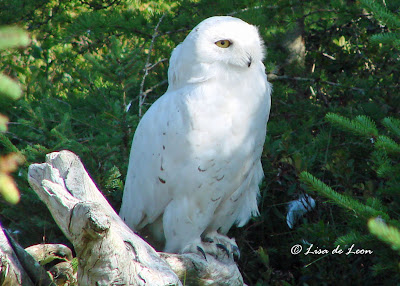 I have yet to see an owl in the wild in Newfoundland. This male Snowy Owl lives in the Samonier Nature Park where anyone who is willing to go for a walk through the park can see him. 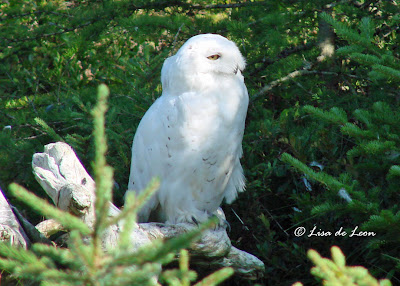 The Snowy Owl breeds in the Arctic and winters in Newfoundland as well as across Canada. I have heard several reports of Snowy Owls being spotted on the Cape Race road. This bird is known to be active during both day and night which increases the chances of spotting one. 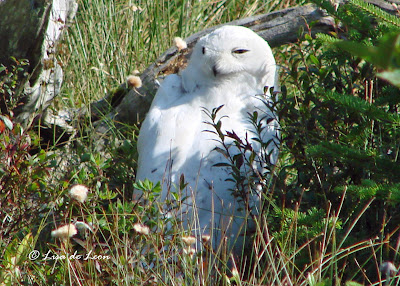 On the back-end of my walk on that beautiful day in September I circled around to have another look at this owl. By this time he seems to have settled in for a little afternoon nap.  The park has established a large roaming pen for him but really, nothing compares to being free.

Update:  I did see my first Snowy Owl in the wild at Cape Spear on December 7, 2011.  Check out those pictures by running a search for Snowy Owl in the box above.
Posted by Lisa de Leon at 12:28 PM