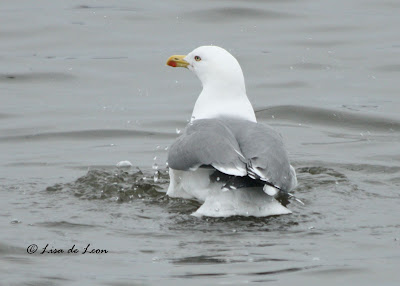 Even a novice like me can appreciate the significance of having winter visits from the Yellow-legged Gull, the Slaty-backed Gull and especially, the Black-tailed Gull. Where else in North America could you find these three gulls together in one small unfrozen area on the same body of water? 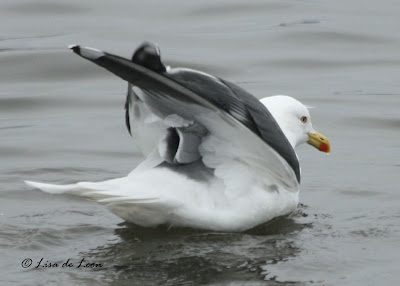 A Yellow-legged Gull, typically found in Europe and Asia has landed in St. John's for the last two winters (I have personally seen) and probably more. Its presence and sheer beauty makes this gull stand out in the crowd of other gulls. It's perfectly white head and body shape are very distinct. 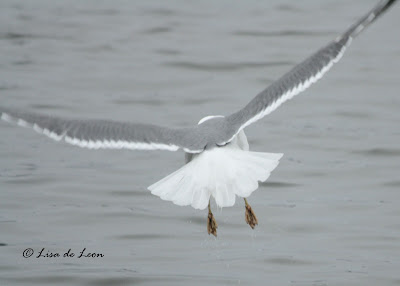 I have included a tail shot of each of these gulls because it is often this view that is seen when watching them at QV. There are many walkers, dogs, bird feeders and photographers that are regularly present at the water's edge. Then there is the Bald Eagle that frequently flies into the airspace often flushing all of the gulls. 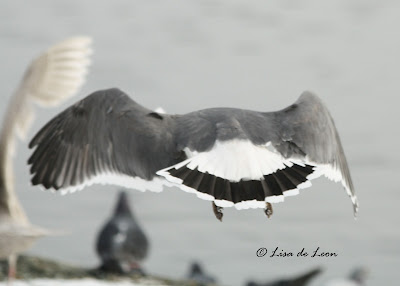 The Black-tailed Gull has been around for quite a while. It has, in fact, become somewhat tame as it willingly approaches people to accept food. It may well be one of the most photographed bird in St. John's for the last two months. It is a good thing that cameras don't emit radiation. 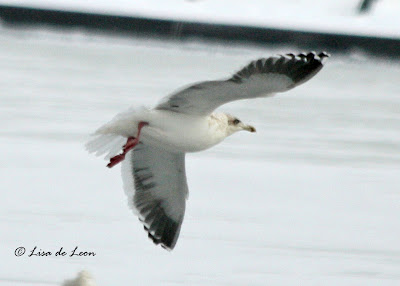 The Slaty-backed Gull has been more difficult to find. These shots represent my first view of the season. It was on Friday that I happened upon this gull near the Rennie's River outflow. Accounts were that it was quite close to shore at one point but was flushed by an approaching photographer. 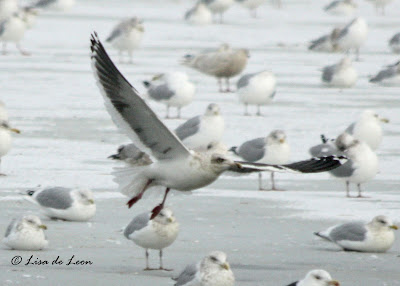 I patiently waited for quite a while but it never moved in close again. It seems to be more spooked by movement than the other two celebrity visitors. 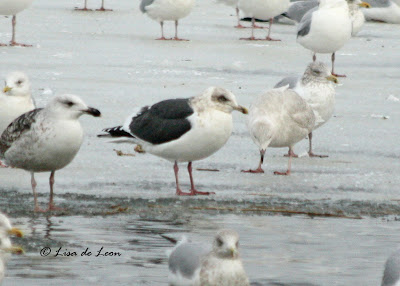 The Slaty-backed Gull is most often found in Japan and when it is spotted in North America it is most often on the Western seaboard. I have found it a challenge to identify this bird as it resembles the Lesser Black-backed Gull. If the legs are not visible, it can be very hard to tell the difference. However, the Slaty-backed Gull has bright pink legs while the Lesser-black Backed Gull has yellow legs. I also noticed a difference in the shape of the dark markings on the head. These are methods that a novice would use to try to identify this bird. 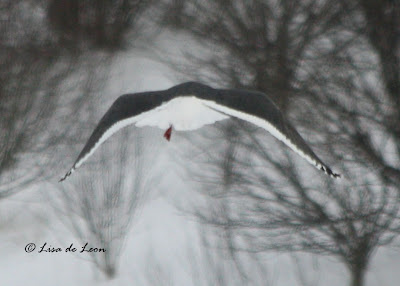 A more knowledgeable birder will be able to tell by the shape, size and number of marking on each of the feathers. I don't think I will ever attain that level of know-how but I will continue to listen an learn. I have certainly had more success in identifying gulls this year over last year. Maybe next year I will be able to focus on the look of the immature gulls.

For visitors to our "birdy" city, just being able to see these three birds is very exciting.
Posted by Lisa de Leon at 10:08 AM