Muscovy Ducks: Domestic but not dull 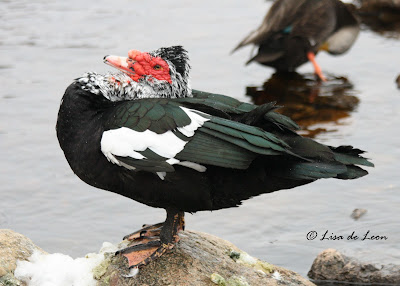 I had heard last year that someone owned four Muscovy Ducks and periodically released them to mingle with the wild ducks. By accident, I happened upon one of them last year and was quite taken with this very interesting bird. 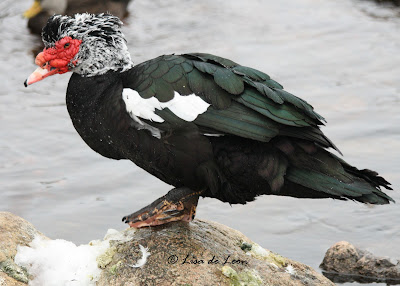 This year I learned that they were at Lawrence Pond near Upper Gullies so I struck out to see them. Nothing prepared me for this giant, odd bird. He put on quite a show while I was there. 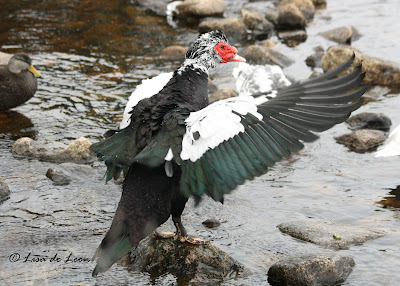 When he flapped his wings, much like a cormorant drying the wings, the sound of the flapping was so loud and powerful that it really took me by surprise. 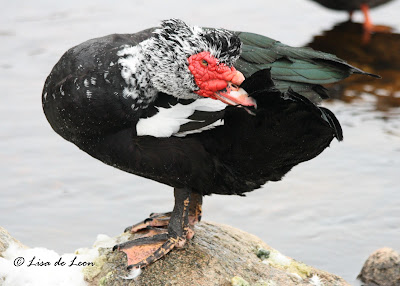 I watched as he preened and preened, quite used to people, he never even paused when I walked up. 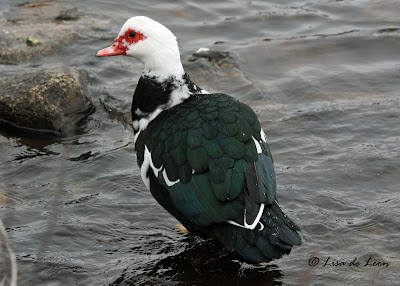 Along with the huge (male, I presume) Muscovy Duck were three others. I don't know enough about this bird to know if this is a young one or a female. This is the one that I saw last year and it looked the same as it does now. There is no indication that it is developing the special crest like the first one. 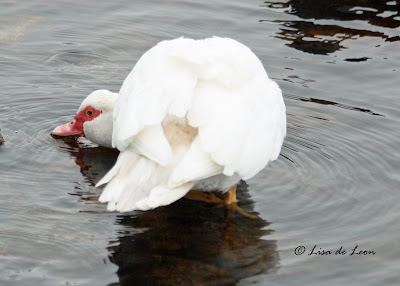 I assume that these two other ducks are females. They were much calmer and spent all of the time that I was there skimming the water. 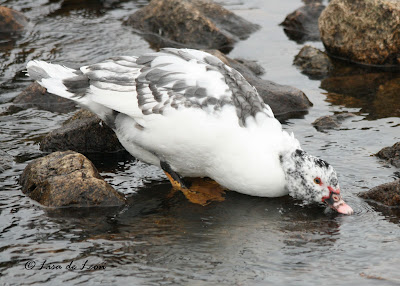 I decided to post these pictures for anyone who may not make the trip to Lawrence Pond. They are so very interesting and different!
Posted by Lisa de Leon at 5:07 PM