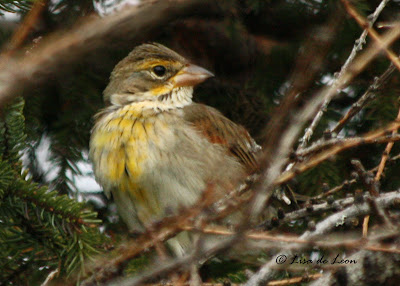 The Dickcissel belongs to the same family of birds as grosbeaks and the Northern Cardinal. It tends to appear in very large flocks, but not when it visits Newfoundland. This bird is most often found in middle America and really should not be here at all, especially during the cold months. 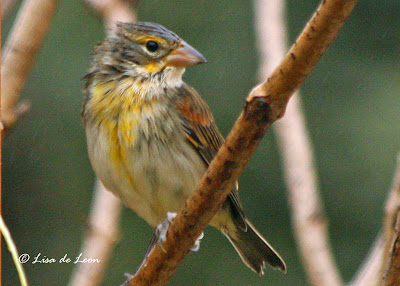 Nevertheless, it is here and likely drifted North on the wave of southerly winds that we have had. This is the second Dickcissel that I have seen since September. Both rare/ occasional visitors appeared at feeders. I read that their most favorite food is rice and they are even sometimes referred to as "rice birds." Apparently, this bird also enjoys apple slices. Guess what I am going to put in my yard today.... 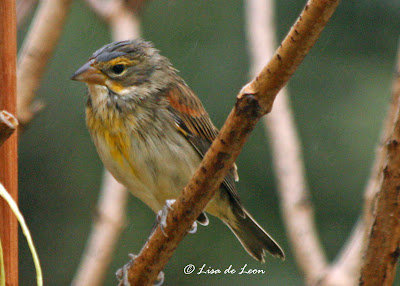 Despite being able to get a few full pictures of this bird, I found it to be particularly shy compared to the frisky and outgoing Chickadees that were also present at the same feeder. In summer plumage, the male Dickcissel has a black v-shaped throat patch but this winter bird does not. This makes it very difficult for me to tell whether this is a male or female. 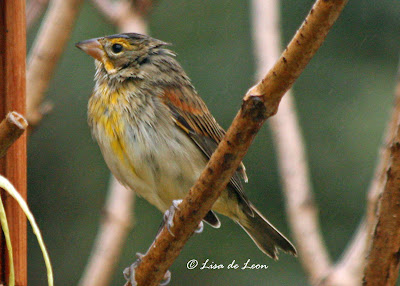 Even in the dull grey light of viewing, the colors on this bird are vibrant. I can only imagine if a little sun were to bounce off the chestnut color on the wings. 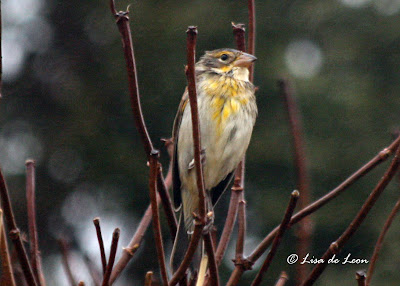 With the abundance of good food and good company at this Fermeuse feeder, this Dickcissel may well survive the winter. The mild temperatures will certainly help. 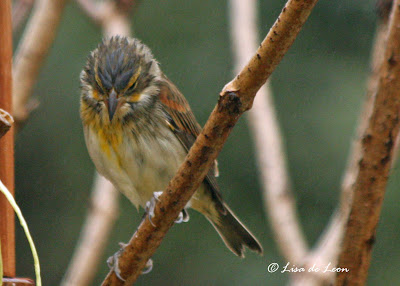 In this shot, the Dickcissel seemed to bow as if to say, the show is over now. Or, maybe it is saying a little blessing that there is an abundance of food in the bin in this cold and unfamiliar range.
Posted by Lisa de Leon at 7:39 AM