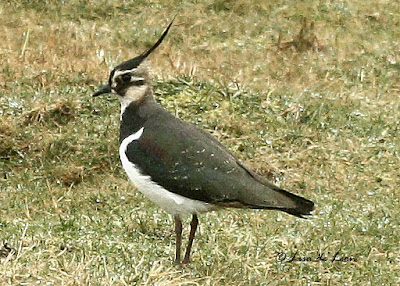 It is only the first week of January and I have already travelled to Renews twice to see this bird. While I was able to reduce the distance between it and me, the lighting conditions on both occasions were less than ideal. I would love to get a crisp shot of this bird that would reflect its many colors. That hasn't happened yet. 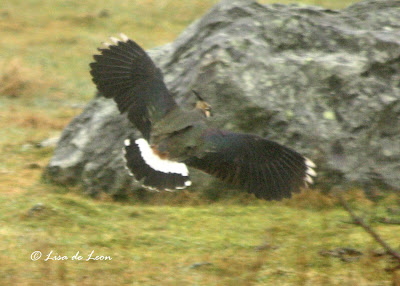 At least three times this great European bird took to flight. Once, it flew out over the ocean and back. The distance was good, the showing was great but the spume from the waves and the dense fog ruined any chance of me getting a good flight shot. Its size when in flight is surprising. The wings are wide and its white body looks larger when in flight. 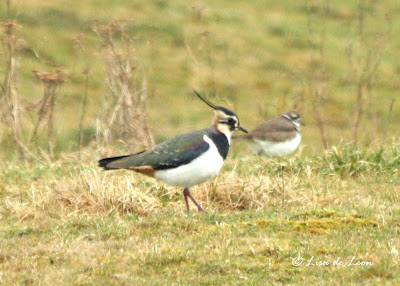 With a special combination of the European vagrant and the recent Killdeer event, I was able to watch the southerners mingle with the European. Both of these birds belong to the plover family but under normal circumstances, they live worlds apart. Yet, here they are, together, foraging on a farmer's field on a small island in the North Atlantic. 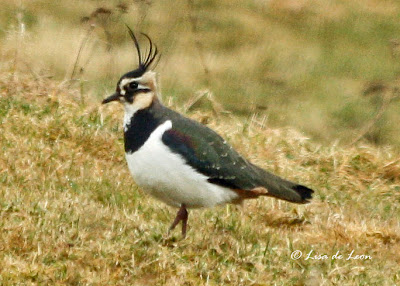 There were times when the Northern Lapwing moved toward our "bird blind" car and hopes were raised that the good shot was coming. Then, with its sixth sense, it would look up and then move farther away. 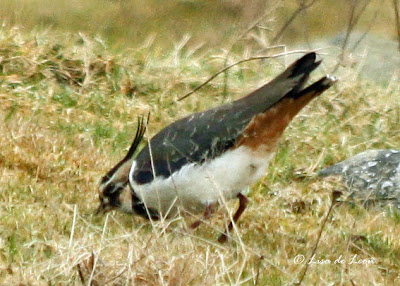 The Northern Lapwing spent much of its time plucking worms out of the field. It will likely survive as long as the snow holds off. However, yesterday's report was that there is a light dusting of snow on the field and the temperatures are dropping. It will become increasingly difficult for the Northern Lapwing to survive. 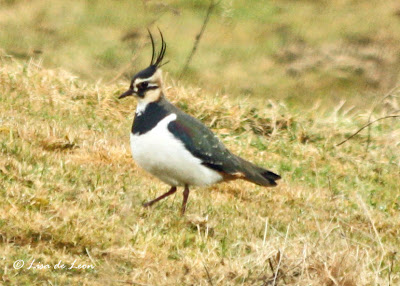 Hopefully, it has built up some resistance to the cold and will be able to continue to find suitable food to sustain it through the winter. Birdwatchers continue to travel to the area to enjoy the rare visit of this bird to our shores.
Posted by Lisa de Leon at 8:53 AM