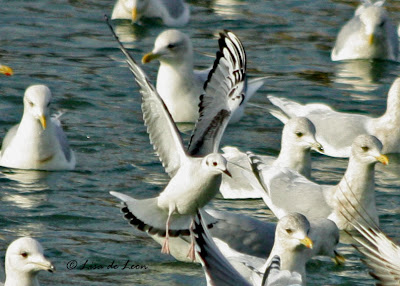 It seems that I can never go directly to any destination anymore. Every time I run out to do an errand I find my car driving itself to some location where there are birds. I took these pictures on a short outing about two weeks ago. Pier 17 is a hub of gull activity. Mostly, there are Iceland Gulls, Black-headed Gulls, Herring Gulls and this single Bonaparte's Gull. It is hard to say if this is one of the Bonaparte's that I photographed at QV Lake but it seems likely. 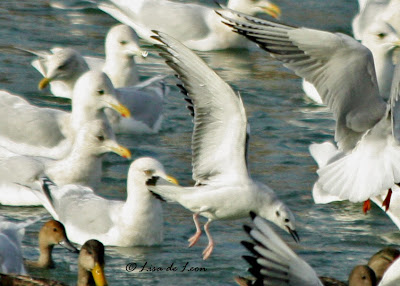 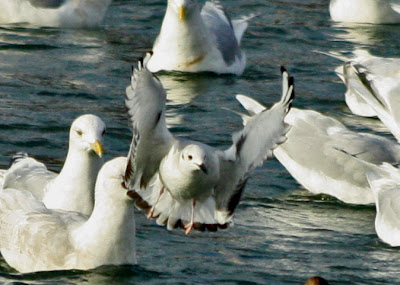 Its small size does not deter this little gull from jumping right in with the much larger gulls to find its "daily bread." It is possible at Pier 17, if the light is right, to get some great pictures. However, there are days that the sun is too bright or non-existent. It often depends on the time of the day but this is a great place to practice photography as the gulls are always in motion.

Note:  Pier 17 was where birder Dave Brown found the very rare Black-tailed Gull.
Posted by Lisa de Leon at 8:12 AM