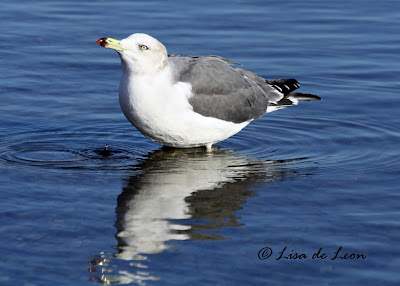 The much adored Black-tailed Gull has now been in St. John's for over a month and seems to have settled in very well. He is as tame as many of the regular visitors to Quidi Vidi Lake and can maneuver his way to get to the front of the line when food is being delivered by those who frequently visit and feed the birds. 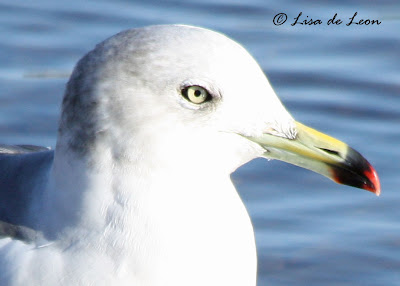 By now this bird has been the subject of dozens of photographers and has surely posed for thousands of pictures. I am among those and must have taken six to eight hundred shots of him myself. 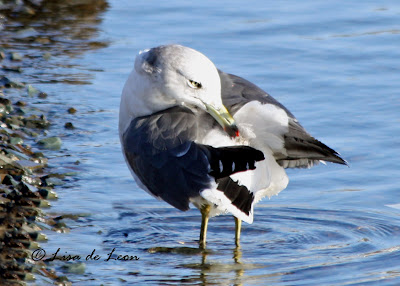 So, with so many pictures of this bird floating around, I decided to put together an odd collection of our Black-tailed Gull going through his morning routine. I spent about 30 minutes with him on Thursday morning and followed his every move. 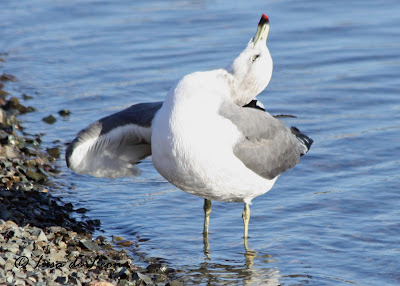 He started his day with a series of grooming activities interspersed with some type of calisthenics. 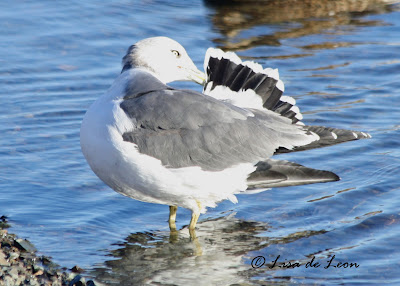 He preened and preened, leaving no spot unchecked. 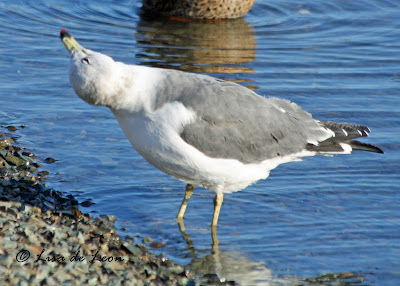 He, then, twisted in every direction to stretch out his body, much like yoga. Bird yoga, that must be what it was. 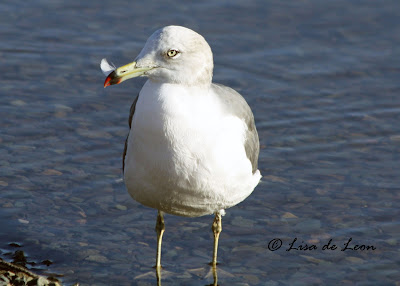 Every now and then he would stop and look around, but this time he wore a small, downy feather stuck to his beak. 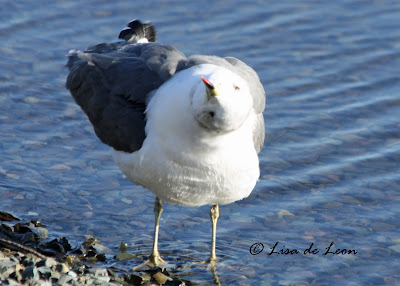 Once he shook that loose, he went into his stretching again, each time seeming to work a different set of muscles. 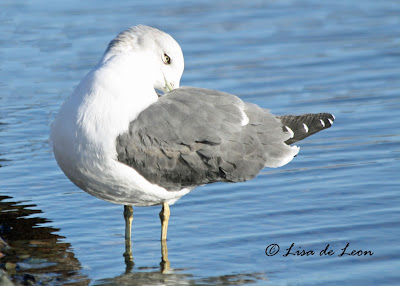 This became quite a show, and he was not at all bothered by me or my clicking camera. In fact, he walked directly to me on several occasions. 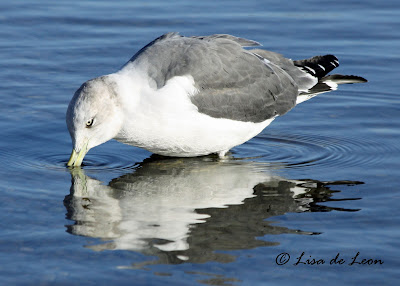 I thought he must surely be done with preening and stretching when he seemed to be checking out his image in the mirror. 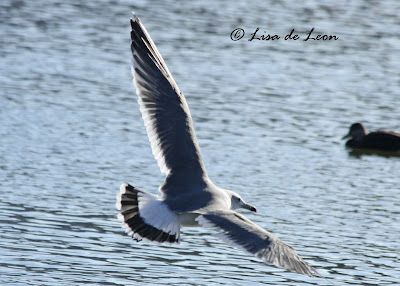 He did seem to be a little more relaxed and then someone showed up with bread. He must like bread a lot because in a flash he lifted off and flew toward the source. 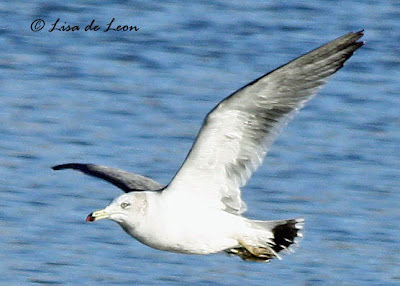 When it turned out to be a limited supply, he quickly flew back to his comfort zone on the North side of the West end of the lake. 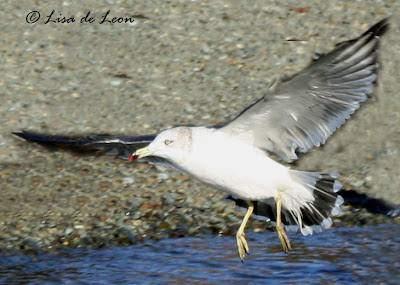 It was a real treat to see the bold black band on his tail as he flew across the waters and returned to land near me again. 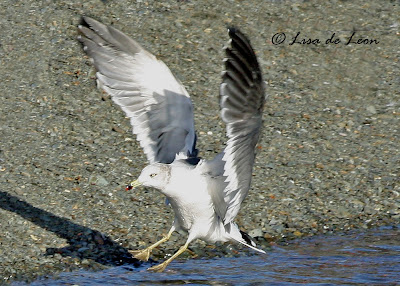 Although far from being the technically best shot, I do favor this shot because of the majesty of the frame when he landed. Every feather was perfectly balanced and well groomed, too, as he came in for a gentle landing. 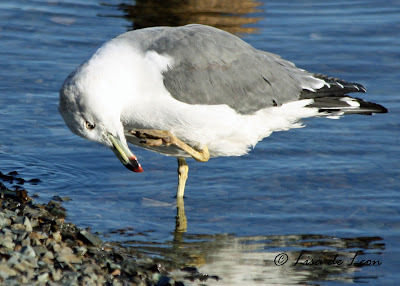 He wasn't back long before he began preening yet again. I should add that on none of these pictures have I enhanced the red tip on his beak. It really is as red as that. When the sun hits it, it almost sparkles. 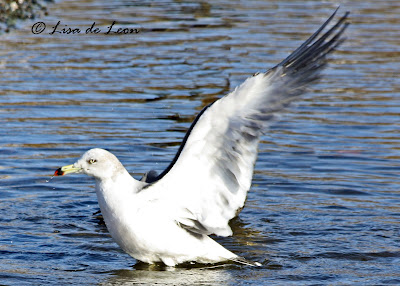 Once again, food arrived. This time delivered by a woman and her two children. The Black-tailed Gull geared up to lift off again in the hope that breakfast was finally delivered.

This experience with this Asian traveller was so much different than the first time that I saw him. He seemed glued to a stile at the St. John's harbour, afraid of everything that moved. It looks like he is happy with his new home. I wonder if he will stay and become a permanent fixture here or if one day, he will just lift off and be gone for good.
Posted by Lisa de Leon at 7:59 PM