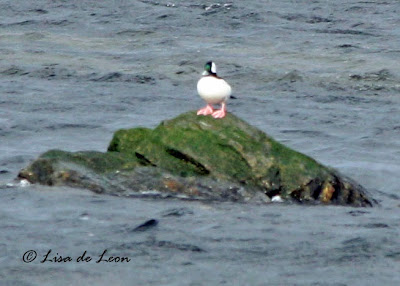 A lot of the time in bird photography, you take what you get. This is the case with these pictures of a very striking male Bufflehead. These pictures were taken on Saturday at Clarke's Beach while sitting in my car. 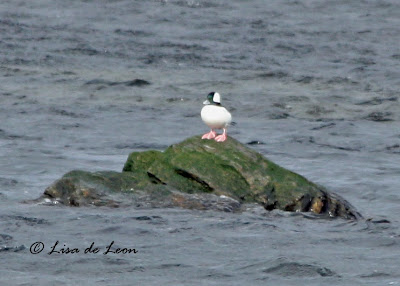 These images are about a 10% crop of the original photos and I was only able to take about ten shots before it lifted off its rock and flew away. There was no time to experiment with different settings in the hope of getting a good shot. 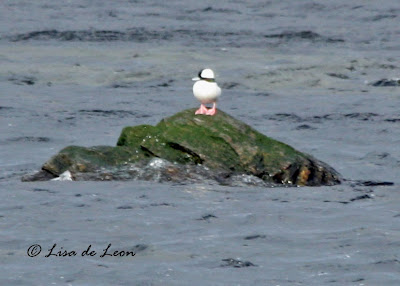 Like many diving ducks, they tend to flock together. There were a number of Common Goldeneye also at the Beach but this one tended to stay to himself. It is common for the Bufflehead to winter in the waters of the southwestern region of Newfoundland. 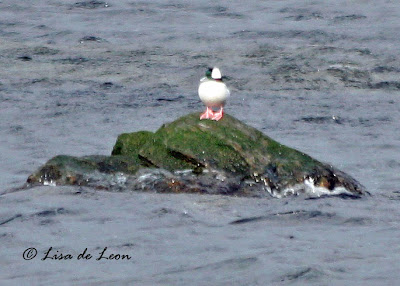 The Bufflehead is the smallest of all the diving ducks but looks larger because of the large amount of white on it and its very large head for which it is named. This is the first male Bufflehead that I have seen, and I was really surprised by the size and color of its bright pink feet. It was my good fortune to see it on a rock where the feet were exposed. 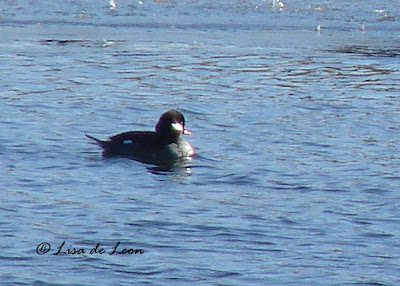 In March 2010 this female Bufflehead showed up at Long Pond, Pippy Park but like its male counterpart, it didn't come close to shore either. It would be really nice to see both  male and female together. 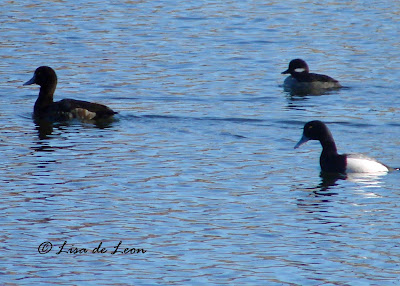 It has recently been reported that a female Bufflehead has returned to Long Pond this year. I must get down there to see it, but not today. The wind is really crazy out there. As much as I dislike the wind, I can't help but wonder if it will blow in some more rarities for our enjoyment.
Posted by Lisa de Leon at 9:31 AM