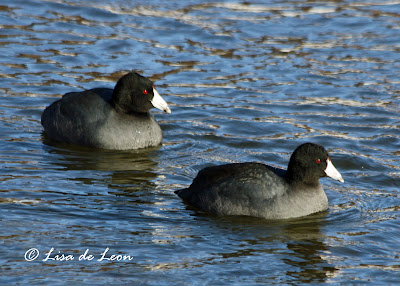 The American Coot is such an interesting and different bird. I watch as walkers around Quidi Vidi Lake stop, look and laugh at this unusual visitor. When on land they are awkward with chicken-like feet and they bob as they walk.  On water they are more graceful but not swans by any means. They lurch their heads forward as they swim and they can move pretty fast when they think there is some free food coming their way. 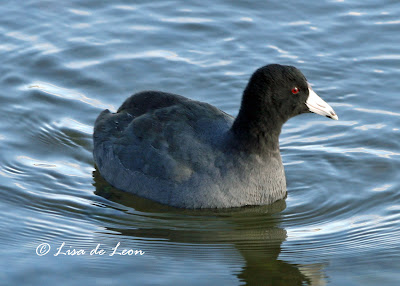 When taking off, they run across the water (similar to the Grebe that I saw this summer) to gain the speed to take to the air. 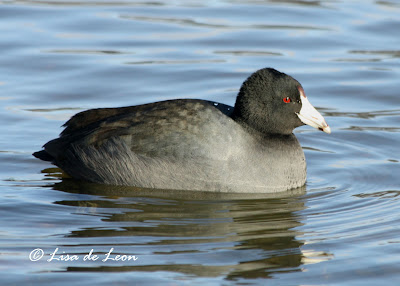 In the Fall there were reports that there was an American Coot at Kent's Pond, then Kenny's Pond, then Long Pond and finally Mundy Pond. Was this the same bird just moving around these nearby ponds or were there two. One birder walked between Kent's and Kenny's and found a coot in both. It was generally thought that there were at least two American Coots in our waters. 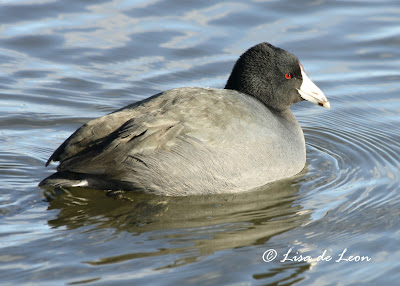 The American Coot winters north but Newfoundland is quite a bit north of its wintering range. Nevertheless, an American Coot spent last winter here and this year ..... well, there are not two but SIX. One birder saw six together at Quidi Vidi Lake just after the smaller ponds froze over. This fleet of American Coots is delightful to watch as they dive, lumber and walk on water.
Posted by Lisa de Leon at 9:14 AM