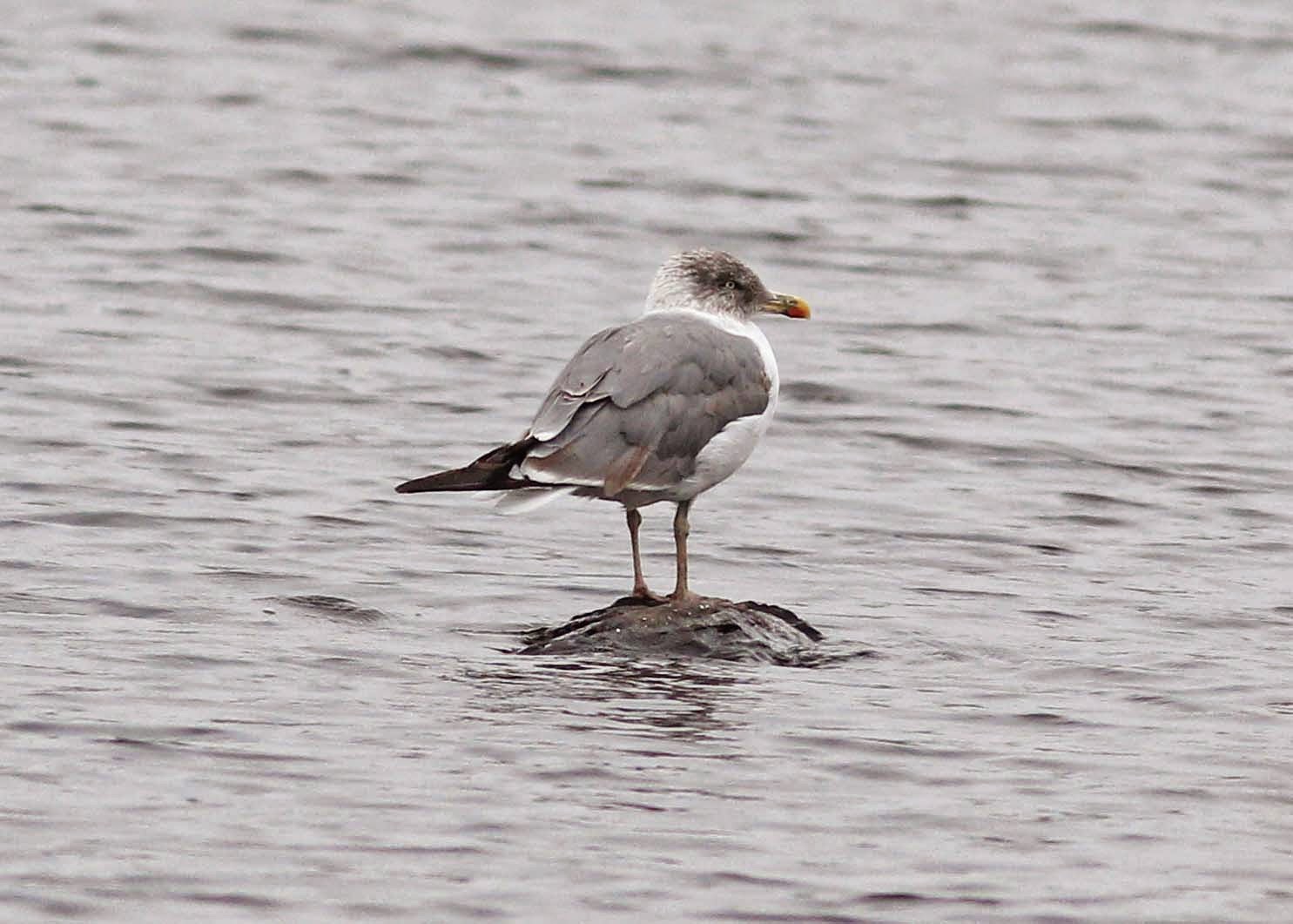 Birding Goulds this morning, I made the routine drive around Forest Pond. It was pretty quiet except for this lone gull sitting on a rock. I pulled off to have a closer look. It was different. 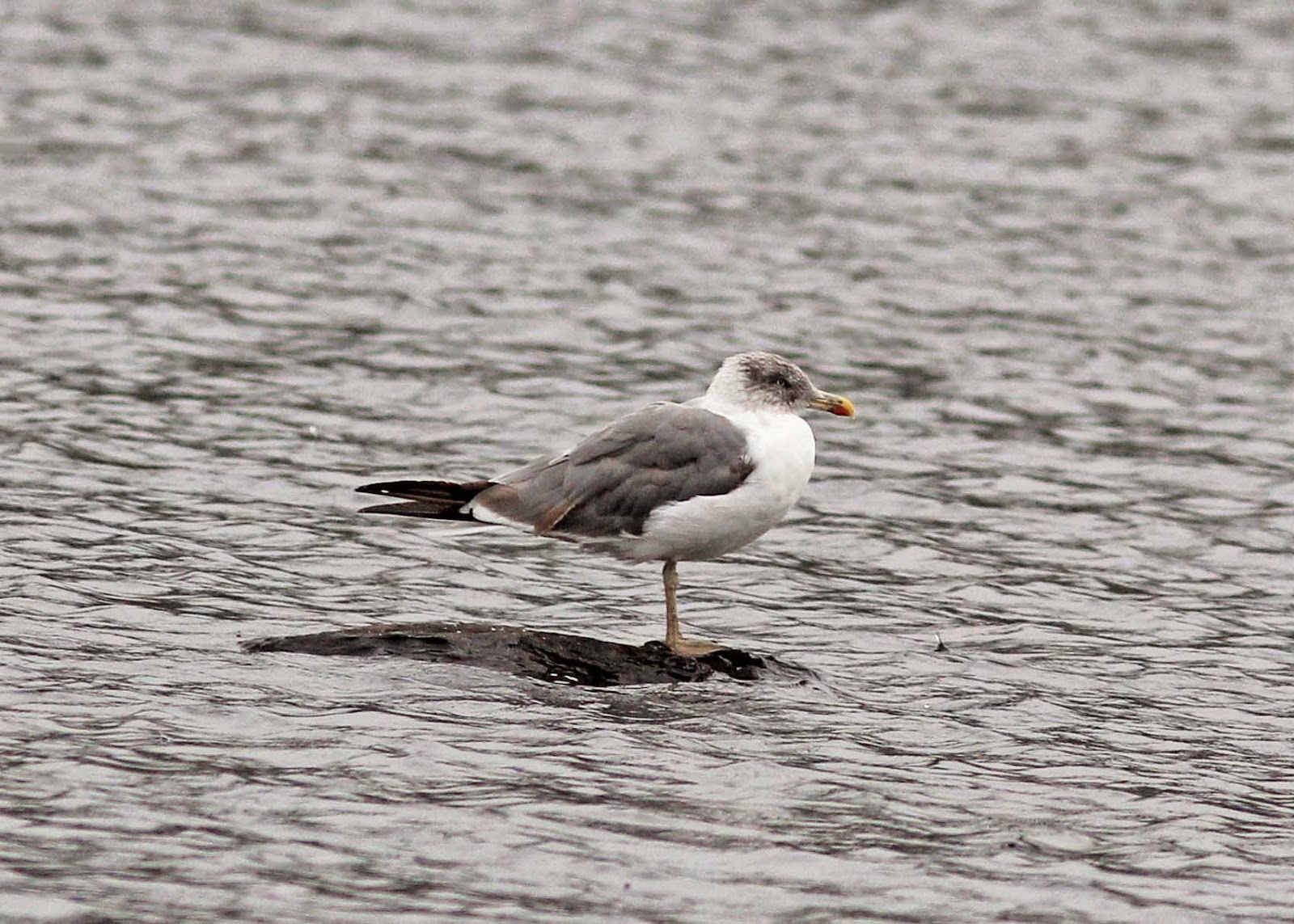 The localized streaking on the head and clear white breast were very interesting. The bright red spot on the lower mandible and yellow on the top were also interesting, as was its size. 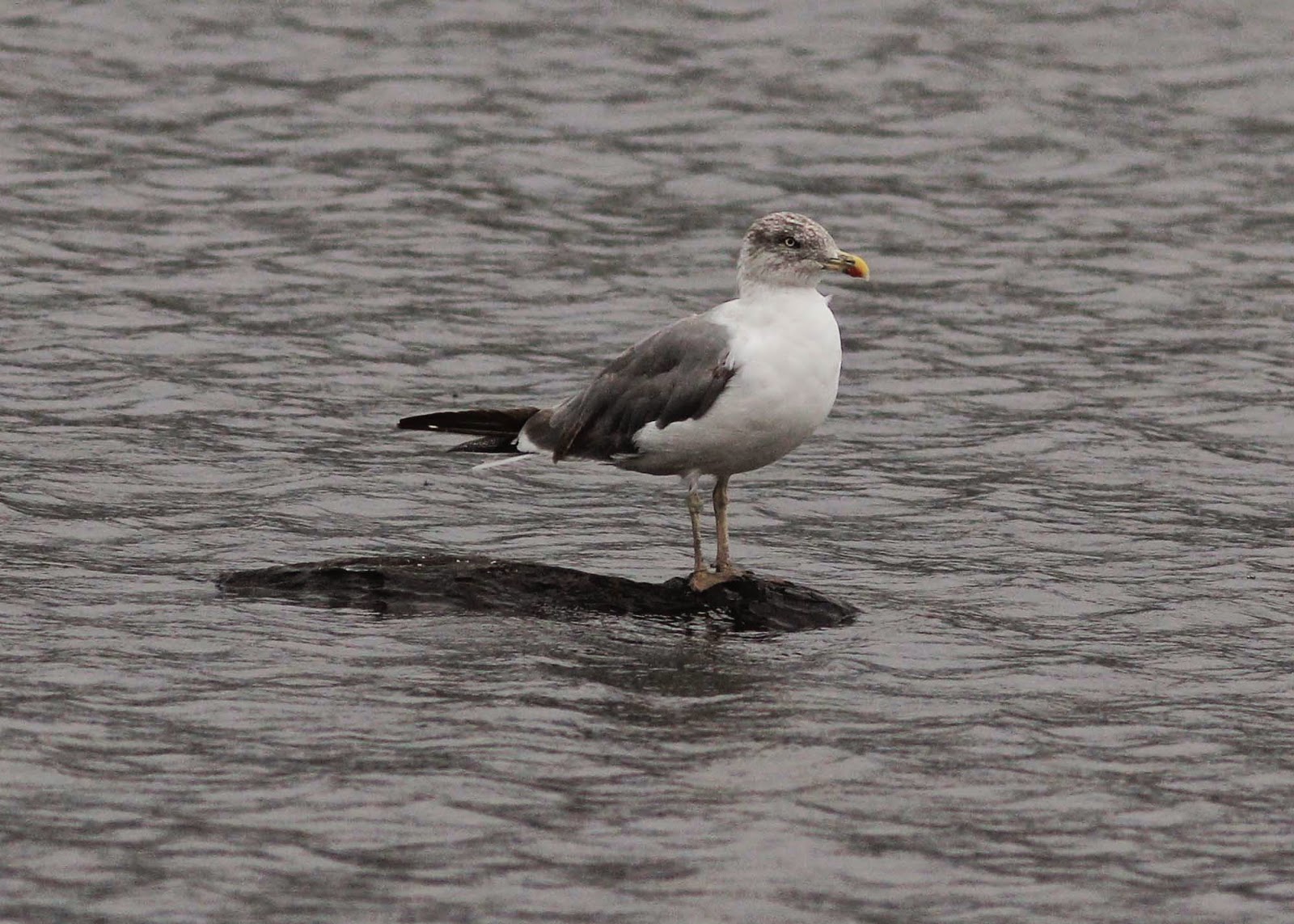 When I checked the legs, they were not bright yellow, but certainly seemed to have a yellow tinge. 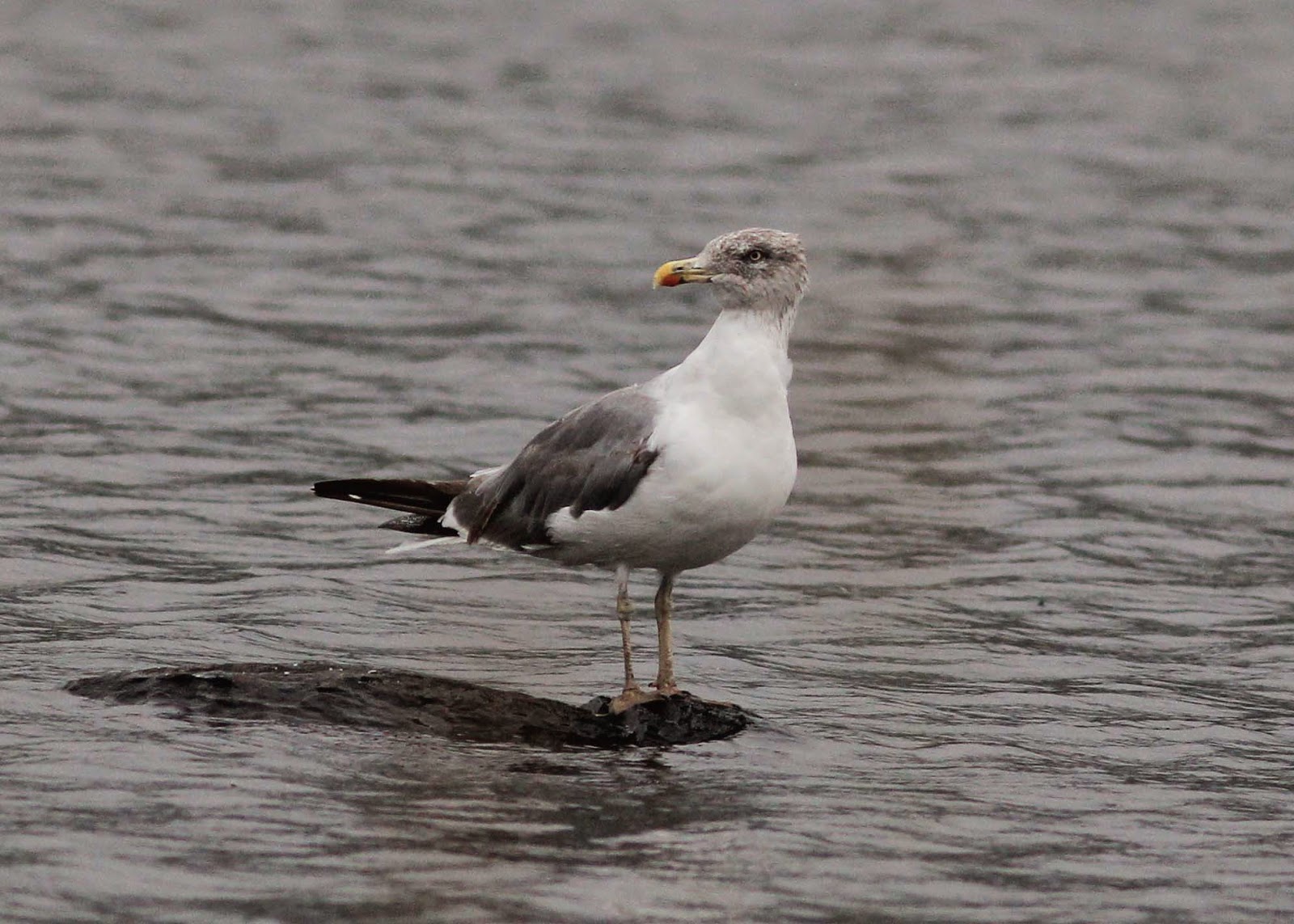 I checked for wing spots and was surprised to not see any. This was peculiar. The wing feathers seemed really long. I have seen Lesser Black-backed Gulls on this same rock in previous years, but they didn't look like this one. That's it. This gull warrants a call to Bruce Mactavish. 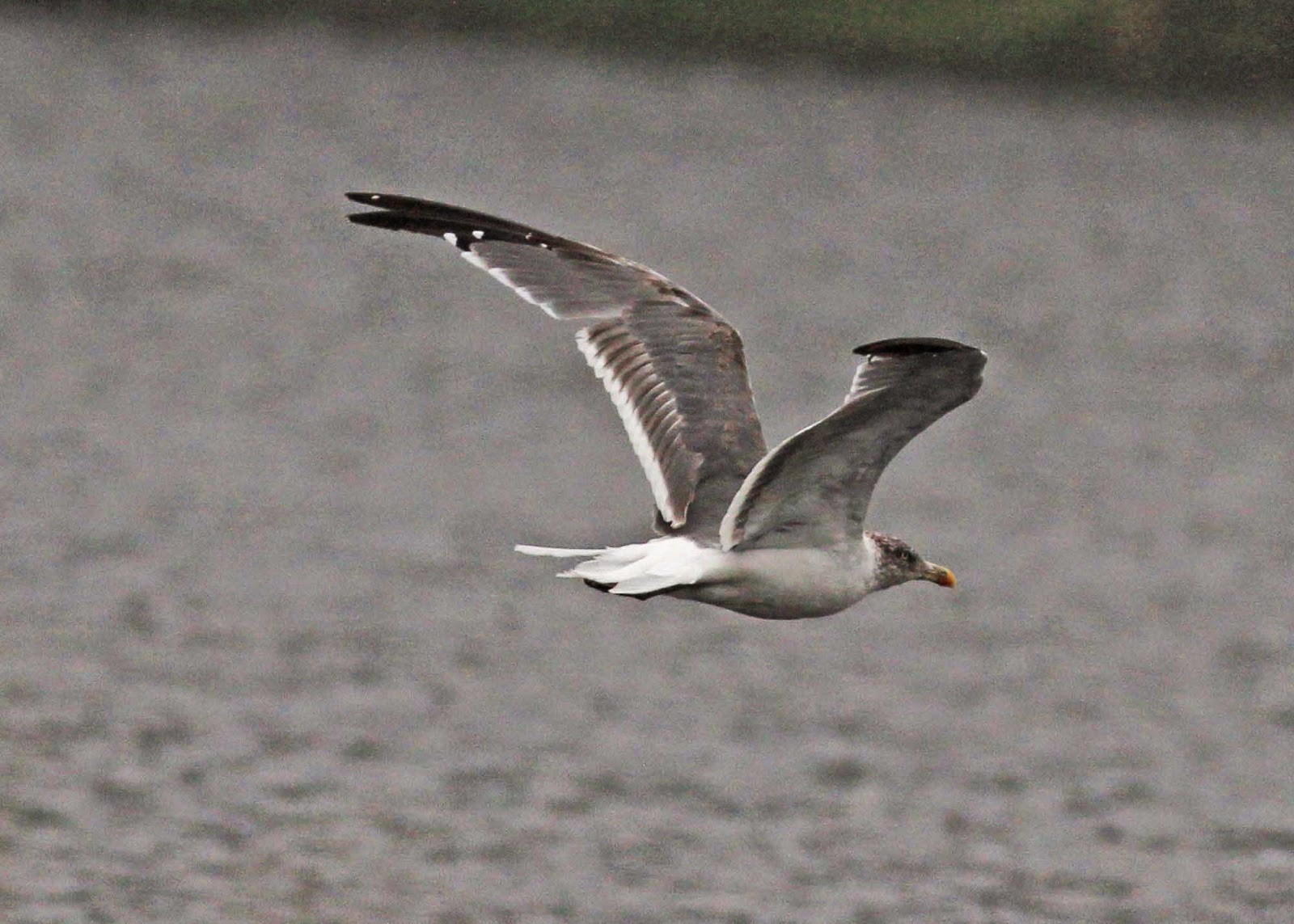 Wanting to have the most information possible, I got out of the car in the hopes the bird would fly. All of this was needed to describe the bird to Bruce and hopefully get an ID. It became apparent the bird was transitioning. The mantle was a mix of gray and brown. Two of the primaries were quite long giving the impression of a very wide wing span. The gull landed in the water nearby, and I made the call.  Even with my wonderful description, he could not made a definitive call on the ID. I watched the bird for a while hoping it would come closer for better pictures. However, that was not to be. Four terns returned to the pond and harassed the gull right out of the area. It was last seen flying in the direction of Third Pond.

Later, I sent Bruce pictures which sparked his interest. Last I heard from him, he had gone to look for the bird.
Posted by Lisa de Leon at 6:18 PM