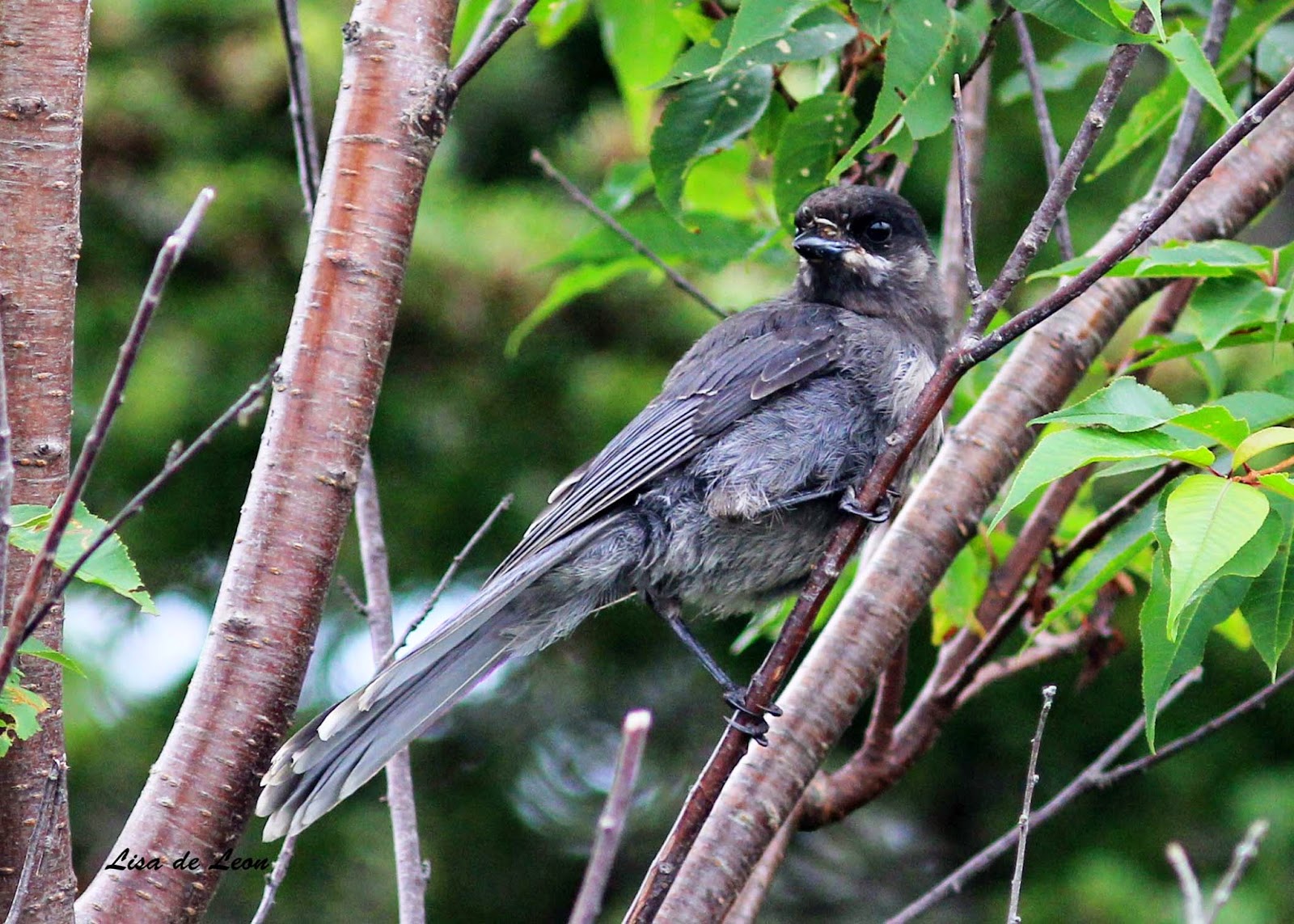 The Gray Jay is not a bird I see all the time around St. John's, but this year I seem to have seen more. There has been a group of three on Power's Road, where I have seen them on several different occasions.

It was in 2011 when I saw my first. Of course, I snapped a few pictures of it and thought I might have a treasure. Later in the day, I ran into Bruce Mactavish where I eagerly showed him my photo. He dashed my hopes when it told me it was an immature Gray. Funny how I can remember almost each first sighting of each species.

As I reflect on that day, I still feel the excitement of having a photo of an unidentified bird, filled with anticipation to learn what it is.
Posted by Lisa de Leon at 8:58 AM