Nesting Comes to an End 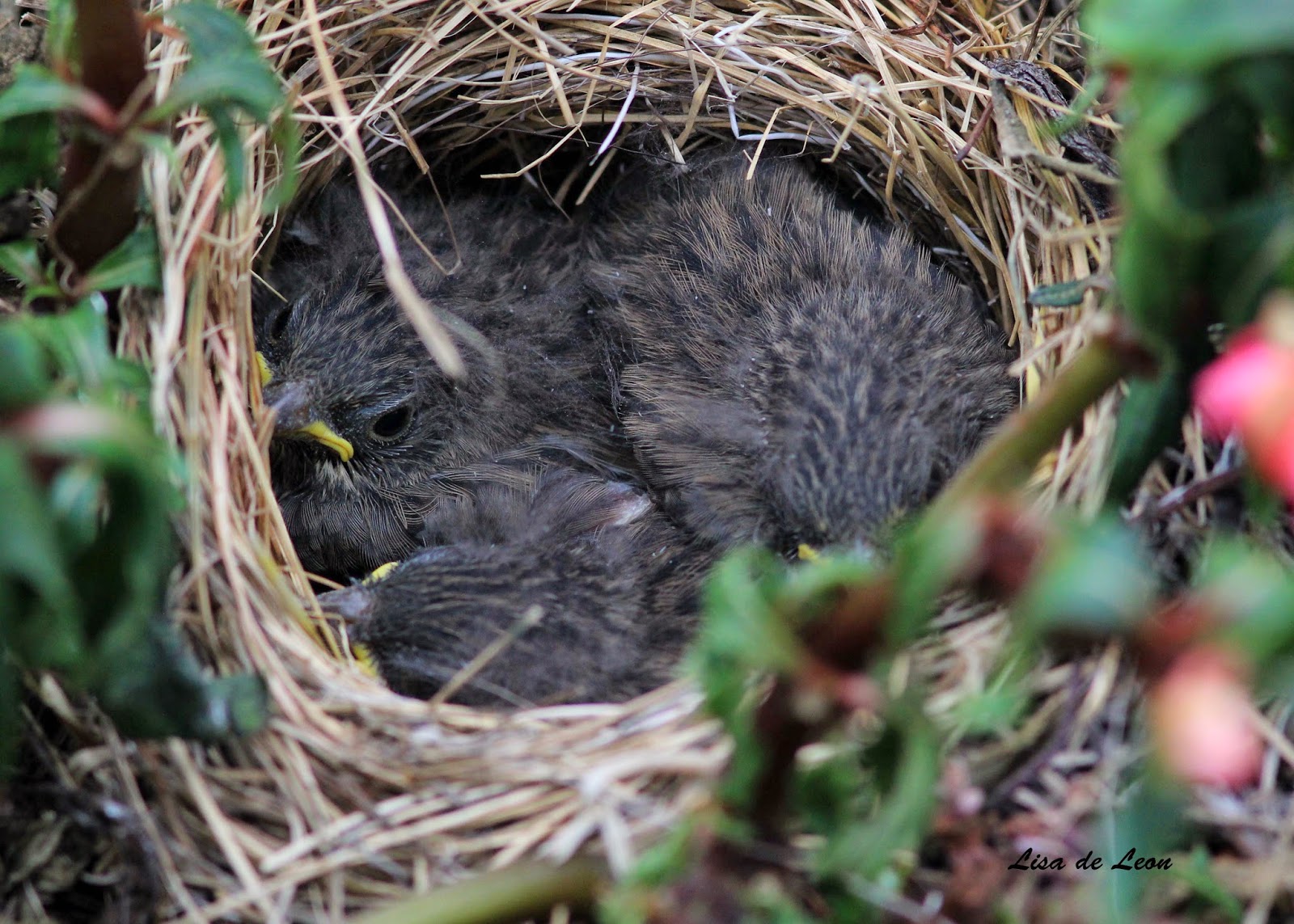 For me, it has been rare to get a glimpse of nesting birds around St. John's. Most times, the nests are built in very well-protected areas. This year I was able to defy the odds and see active productive nests. 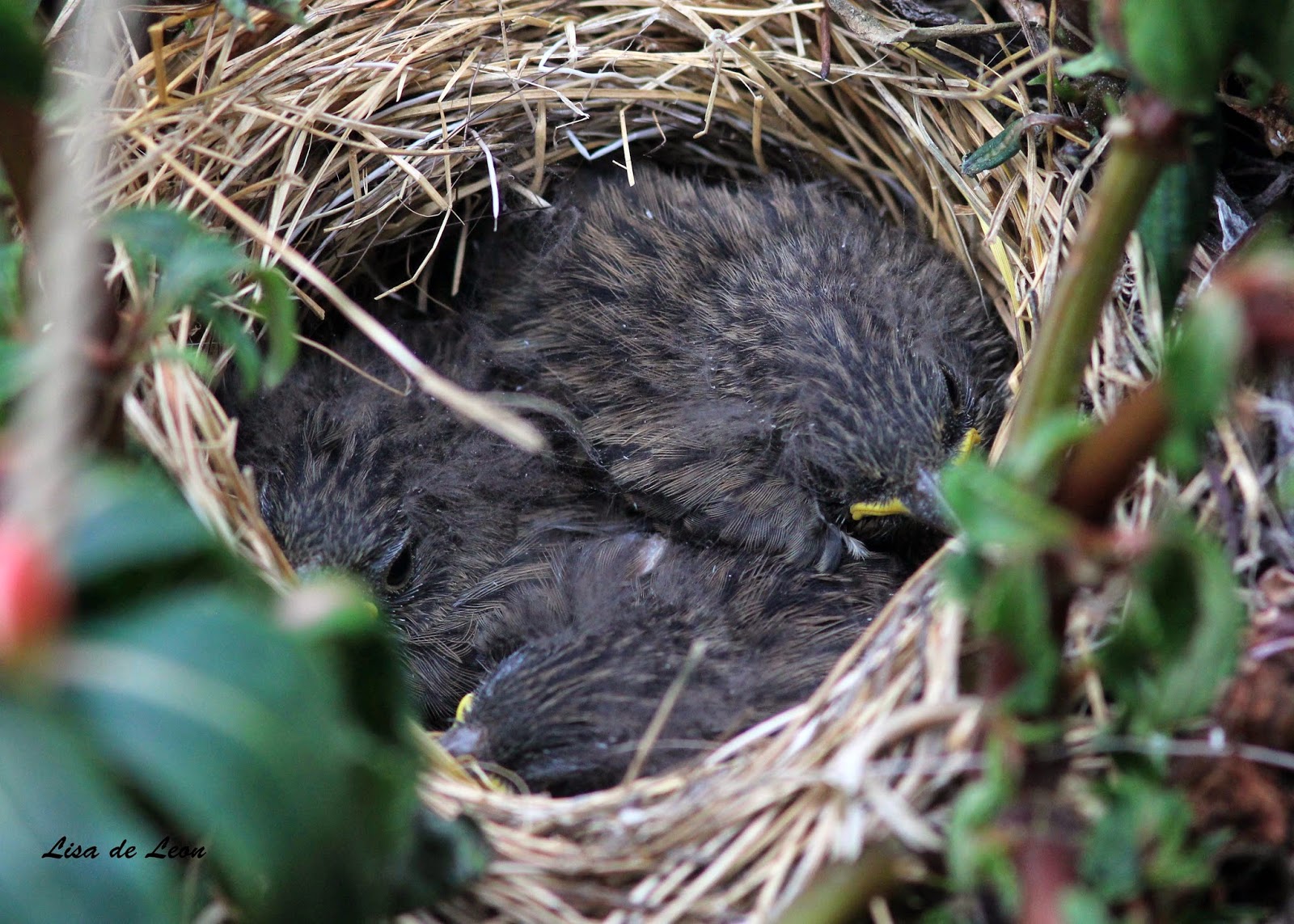 Two juncos decided to build their nests on my son's property in Torbay. Seen here is a tiny little nest, no bigger than a Japanese tea cup, constructed right in the middle of a hanging flower basket. All three of these little juncos took flight from this nest. Also, behind the shed was a carefully, tightly-woven junco nest built on the ground. Even the tunnel into the nest was engineered to limit access by larger creatures. Same species built two very different kinds of nests. The eggs in the ground nest disappeared before the birds were hatched. 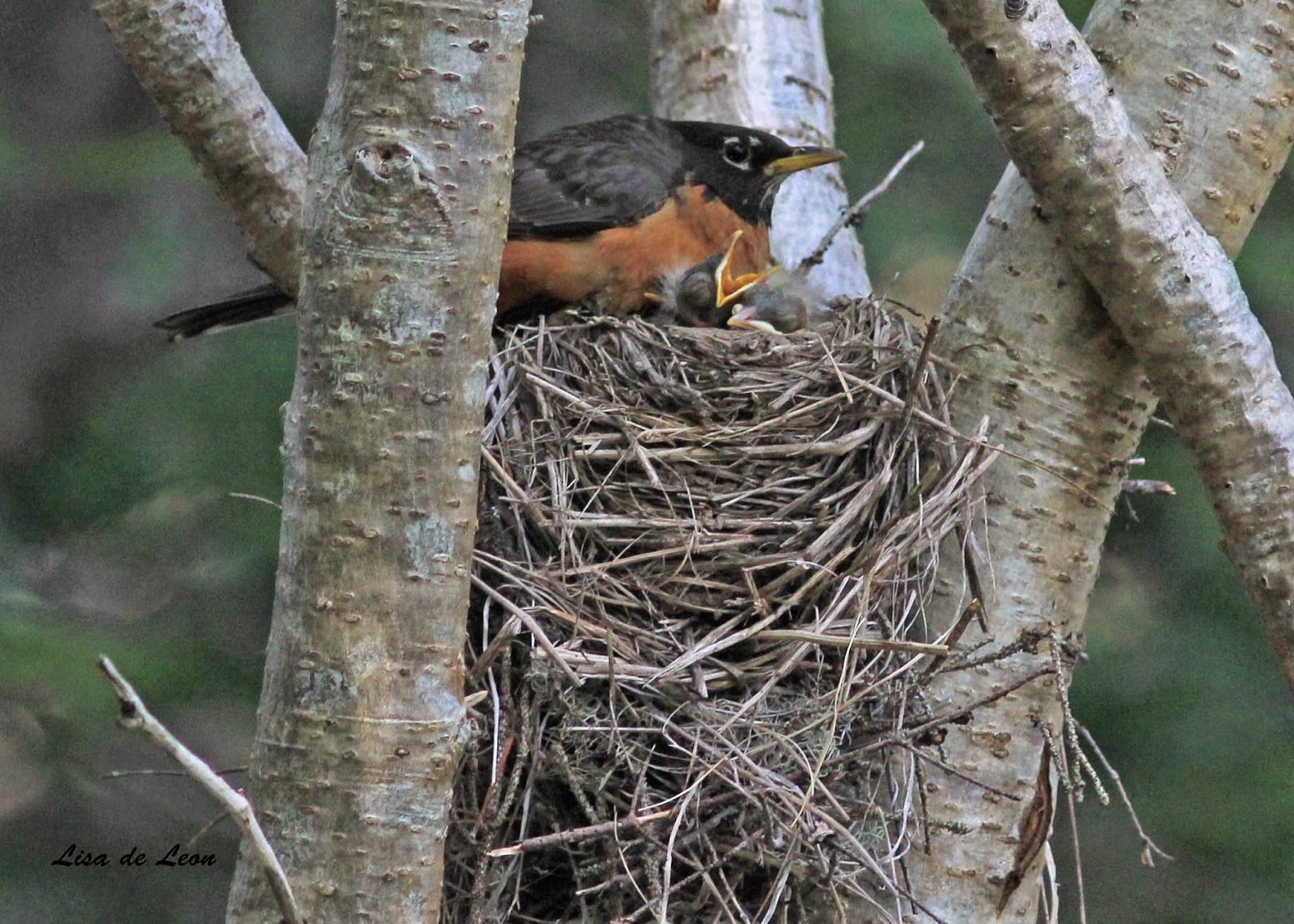 While walking the trails at Long Pond, Ed Hayden and Allison Mews pointed our this mother American Robin standing watch over her babies. There appeared to be three hatchlings in the nest, but we didn't want to get too close. 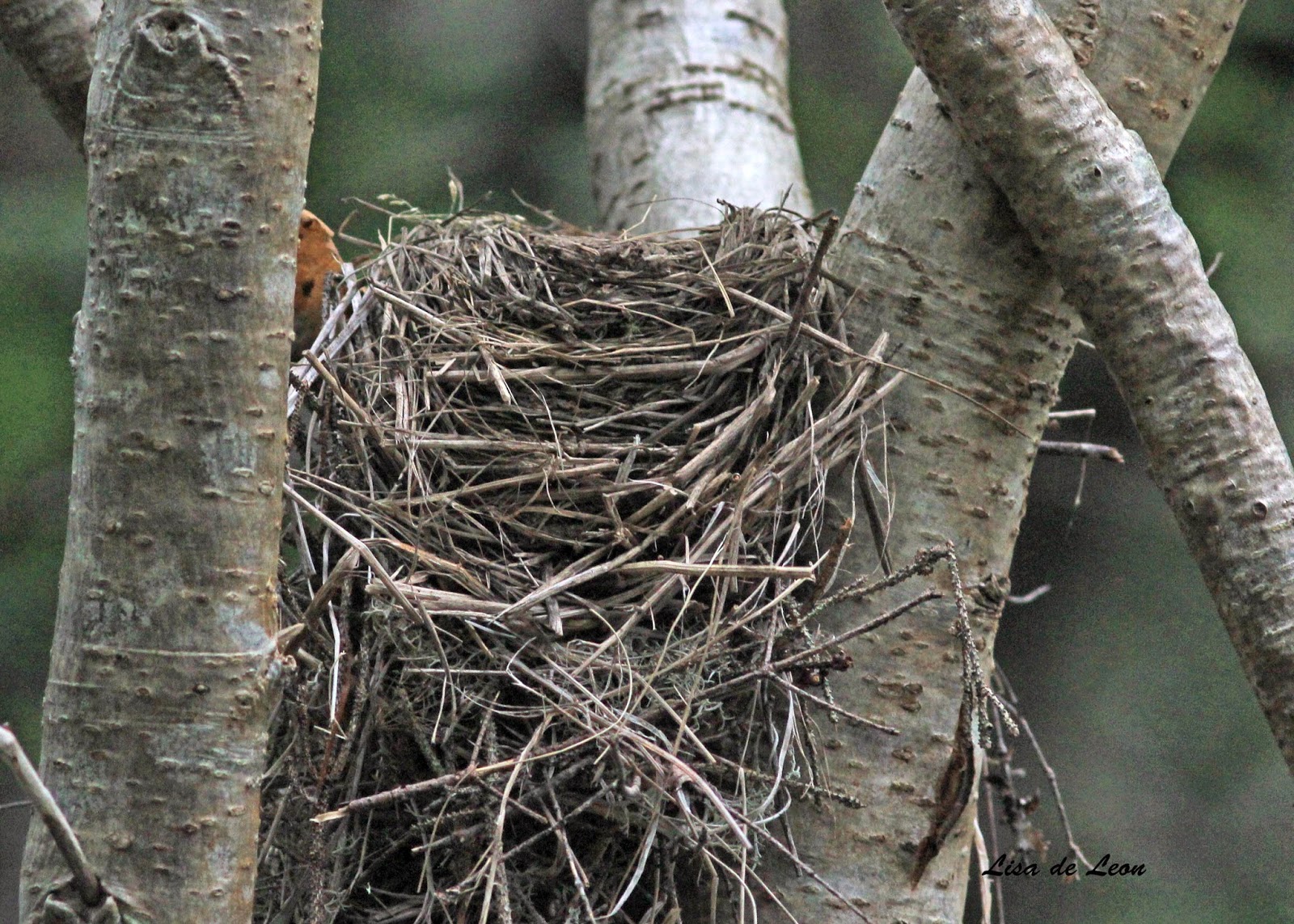 Two days later, I walked the trail, and this is what I found. The nest was empty. When I first saw the exposed nest, I couldn't help but think it particularly vulnerable. I guess that was true as this little family didn't survive. 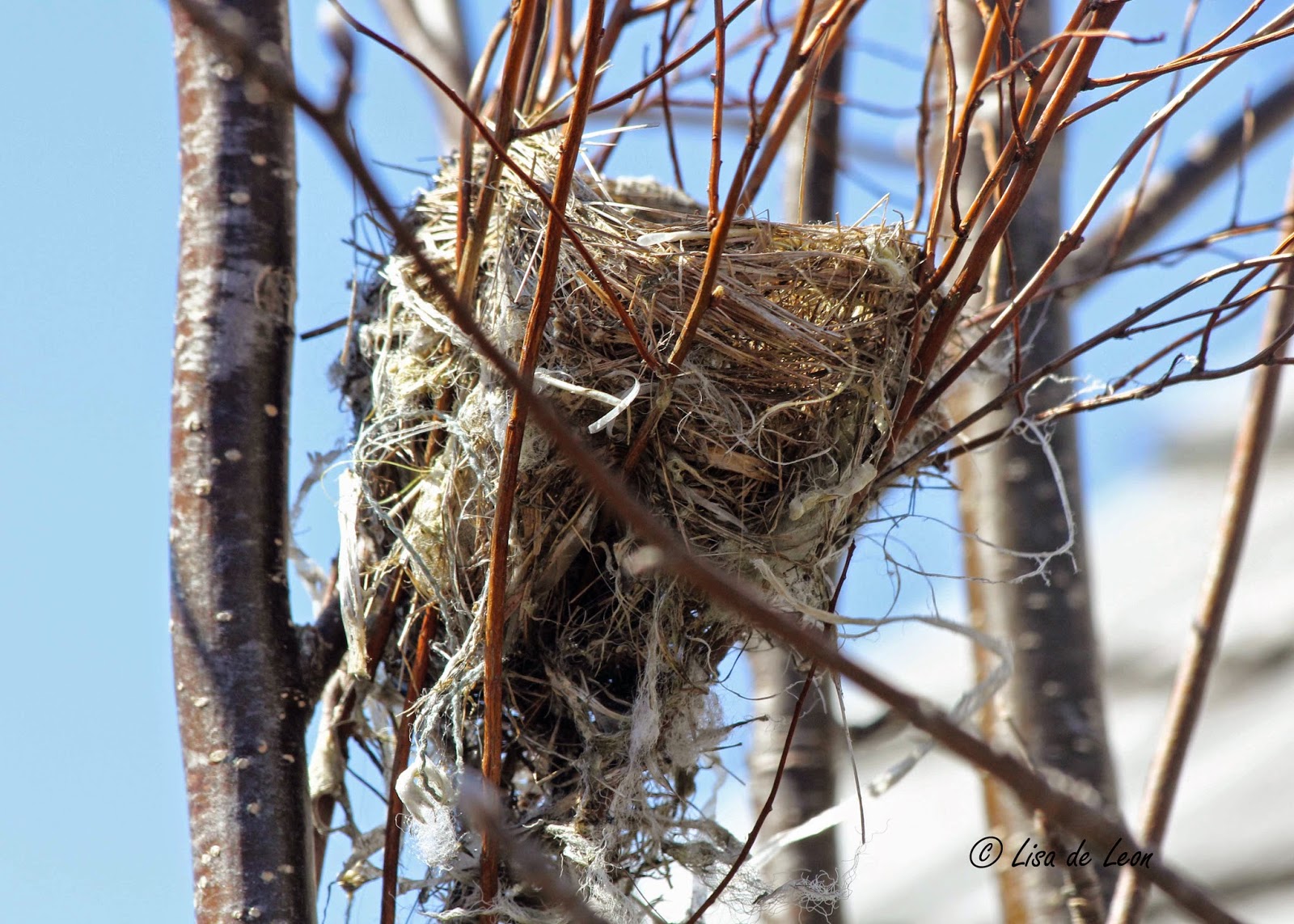 Even when nesting season has come and gone, I have seen very few nests left behind. This Yellow Warbler nest was a rare exception, photographed in the fall of 2012. Hope they all flew off in good health.

There is such a flurry of little bird activity in June, and then they all vanish in July. It is nice to be able to actually see what has been keeping them so busy and out of view.
Posted by Lisa de Leon at 8:15 AM