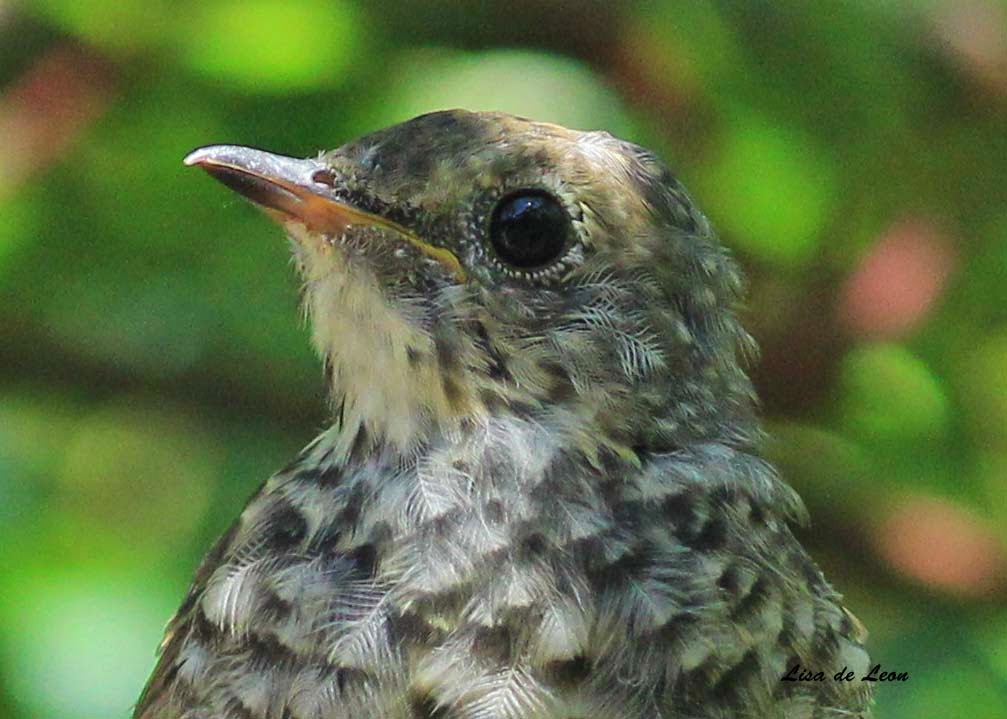 Well, I'm not really fixated on the Gray-cheeked Thrush, but I did want to seize the opportunity to study this species a little more. 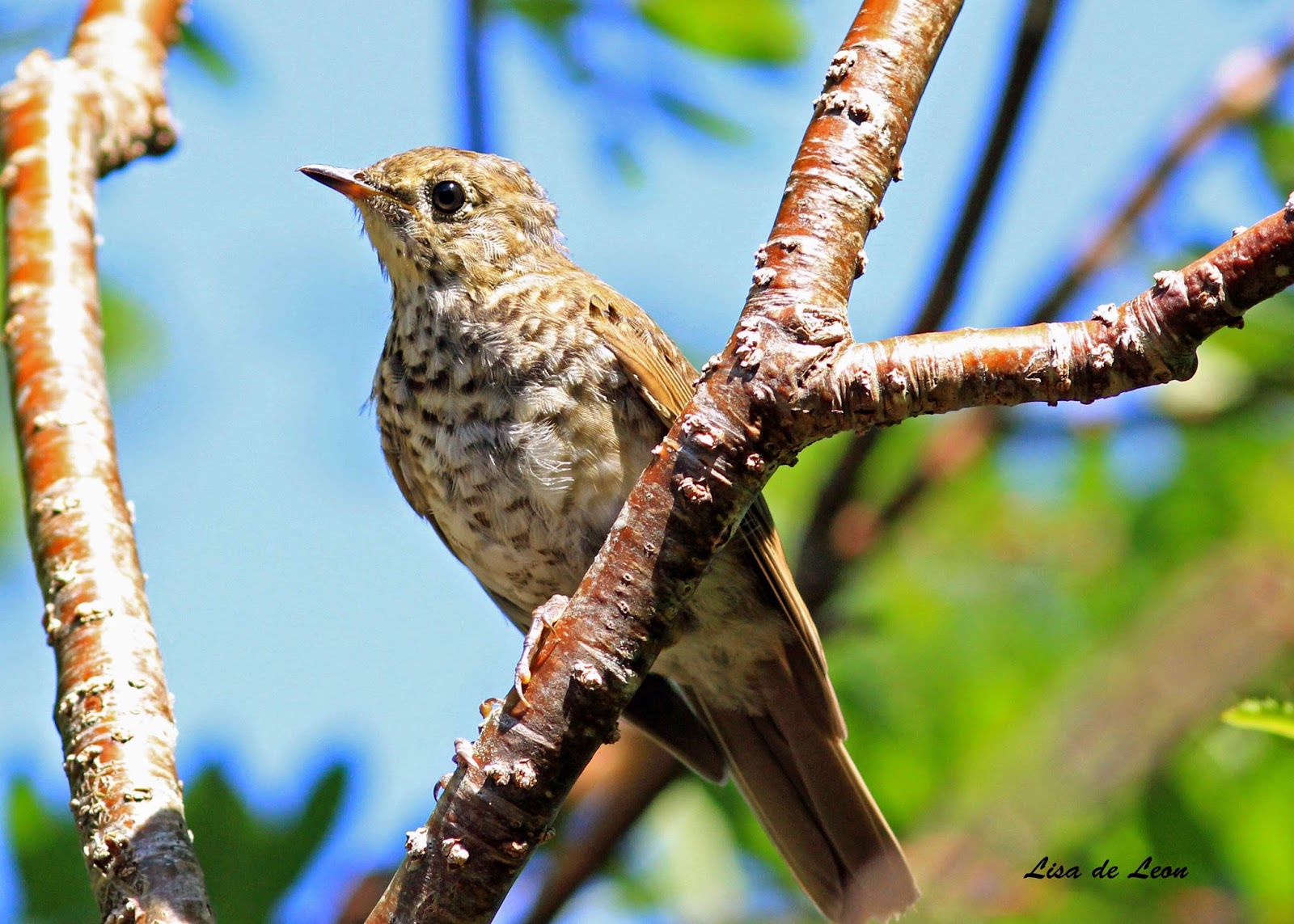 To this end, I went looking for the two immature thrush found earlier alongside Cape Spear Road. I walked four trails before catching a glimpse of the Hermit Thrush. 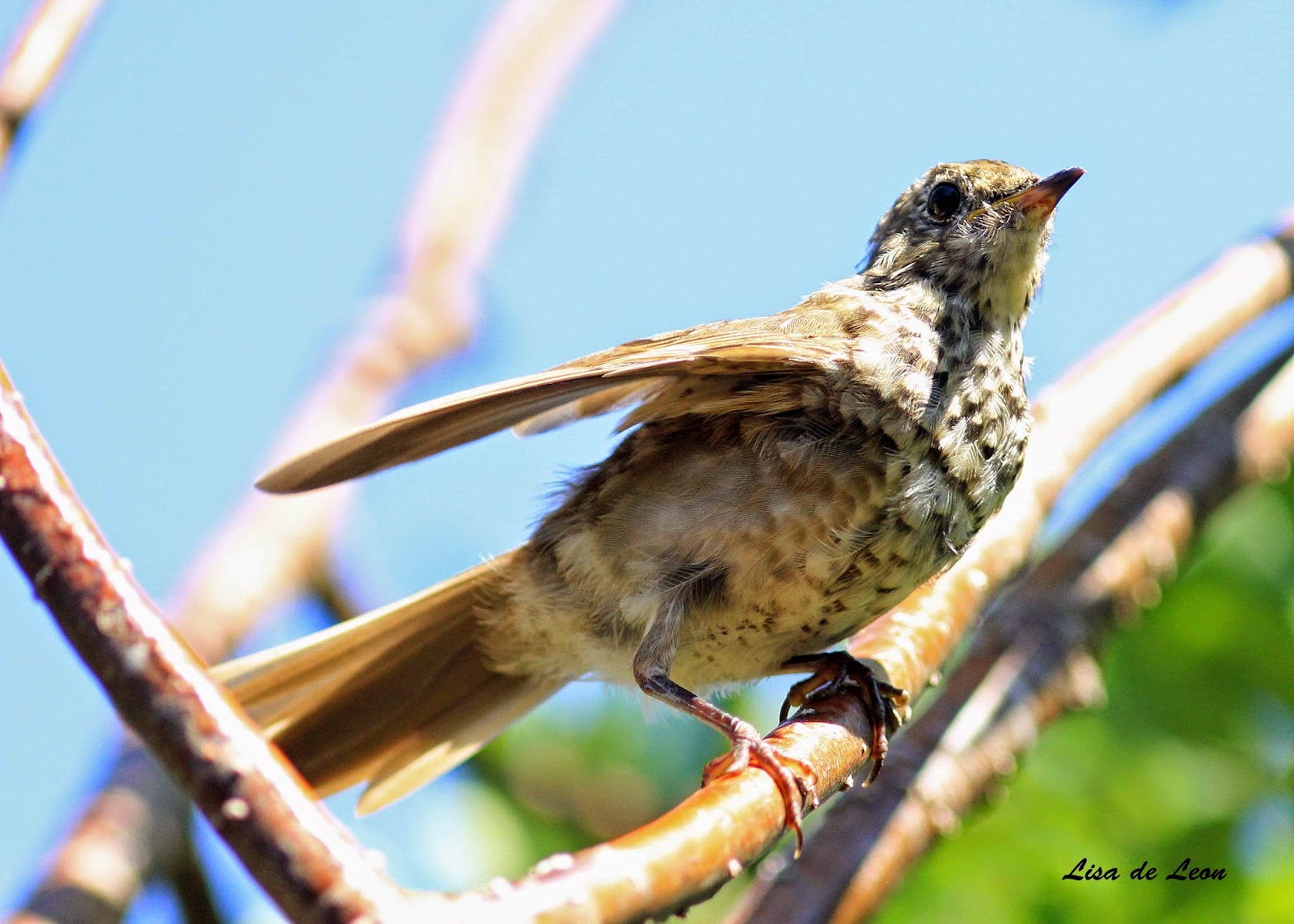 Following it further into the woods, I was rewarded with very good looks at both the Gray-cheeked Thrush and the Hermit. 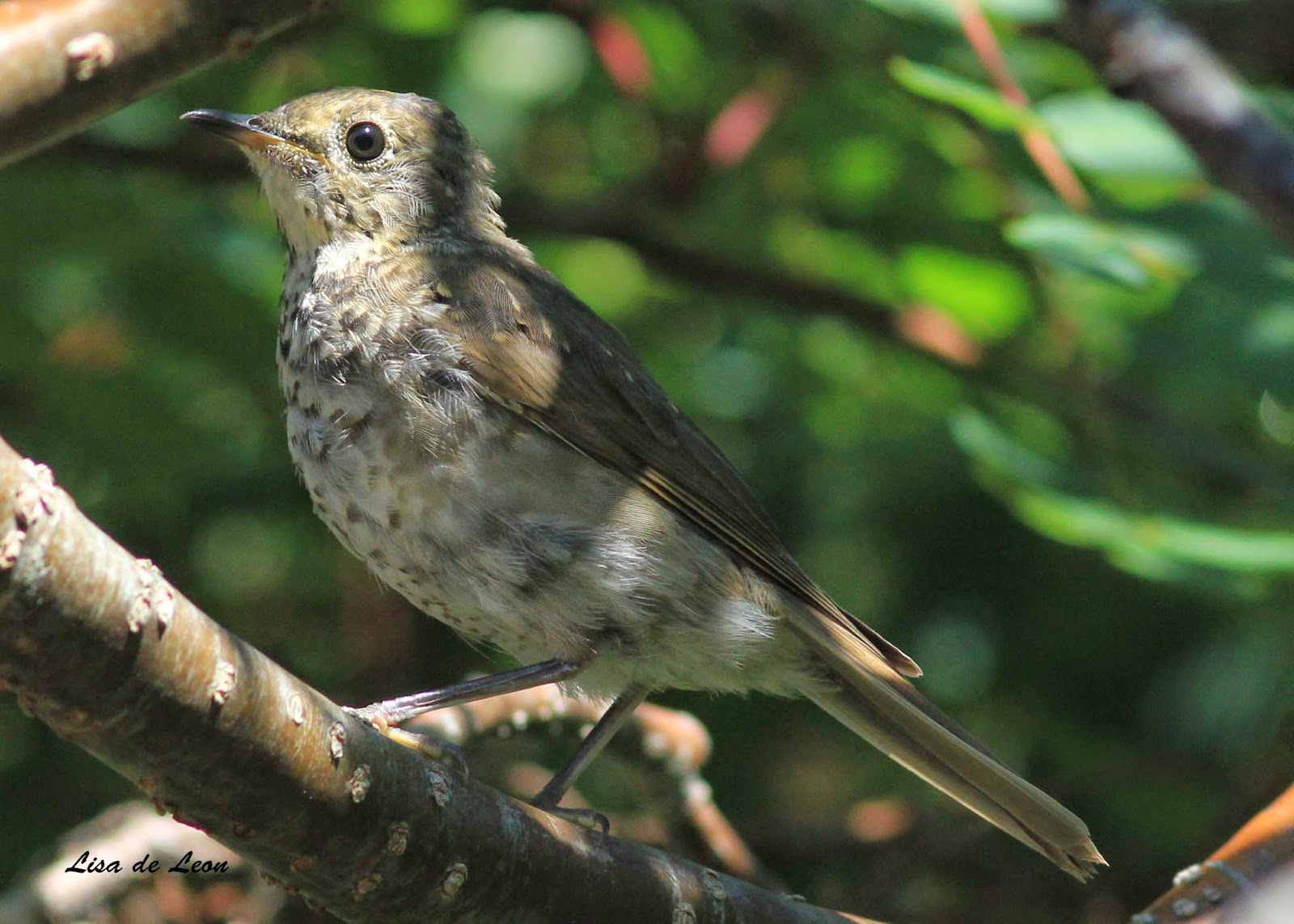 The first five photos are of the Gray-cheeked Thrush. Light is a big factor when seeing this bird. Its gray tones are seen much better in shade, while the sun brings out the brown tones. 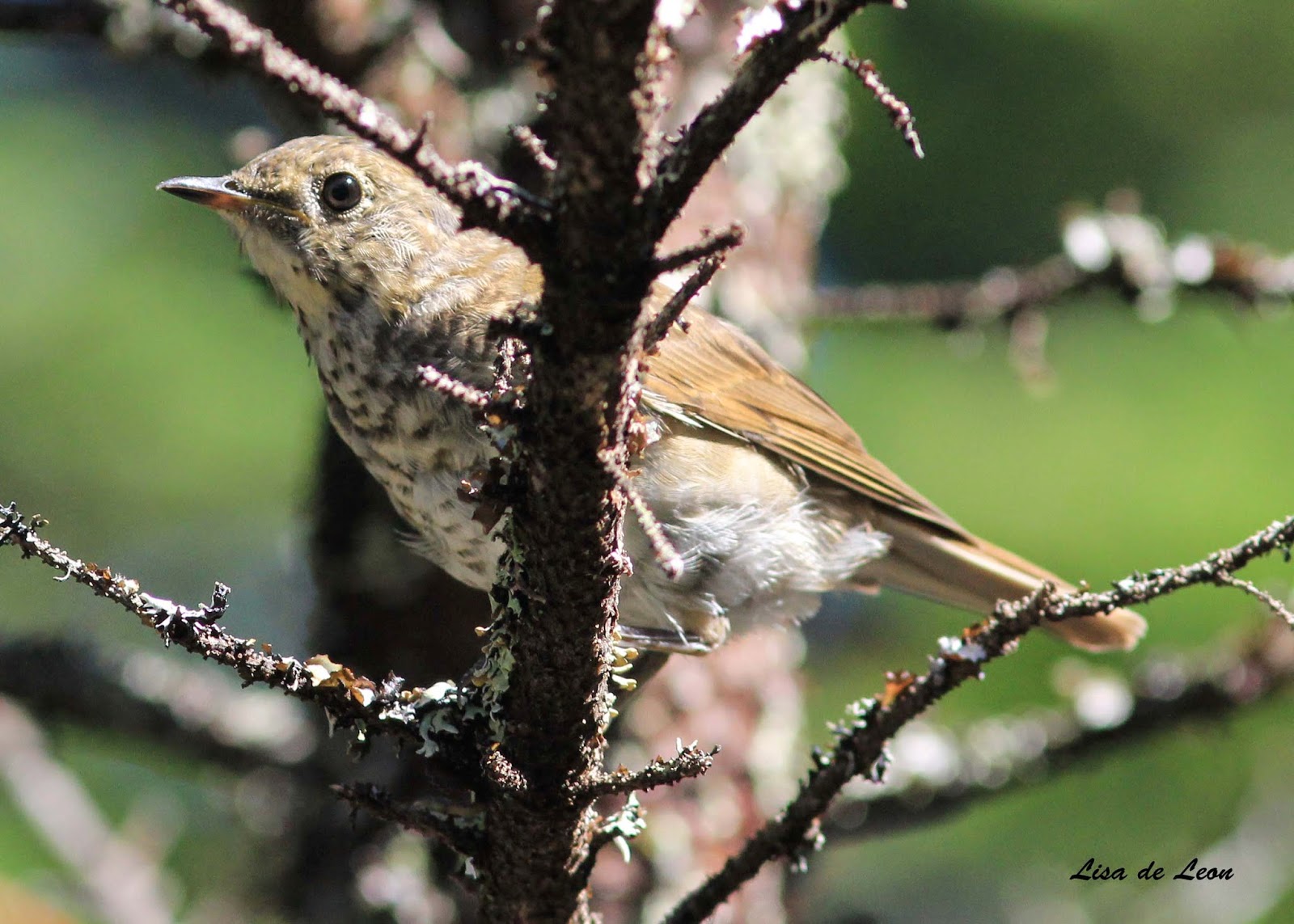 However, after seeing this bird closely, it is now quite easy for me to see the differences between these two species. Seldom does an opportunity arise to get a chance to really see both thrushes in close proximity. 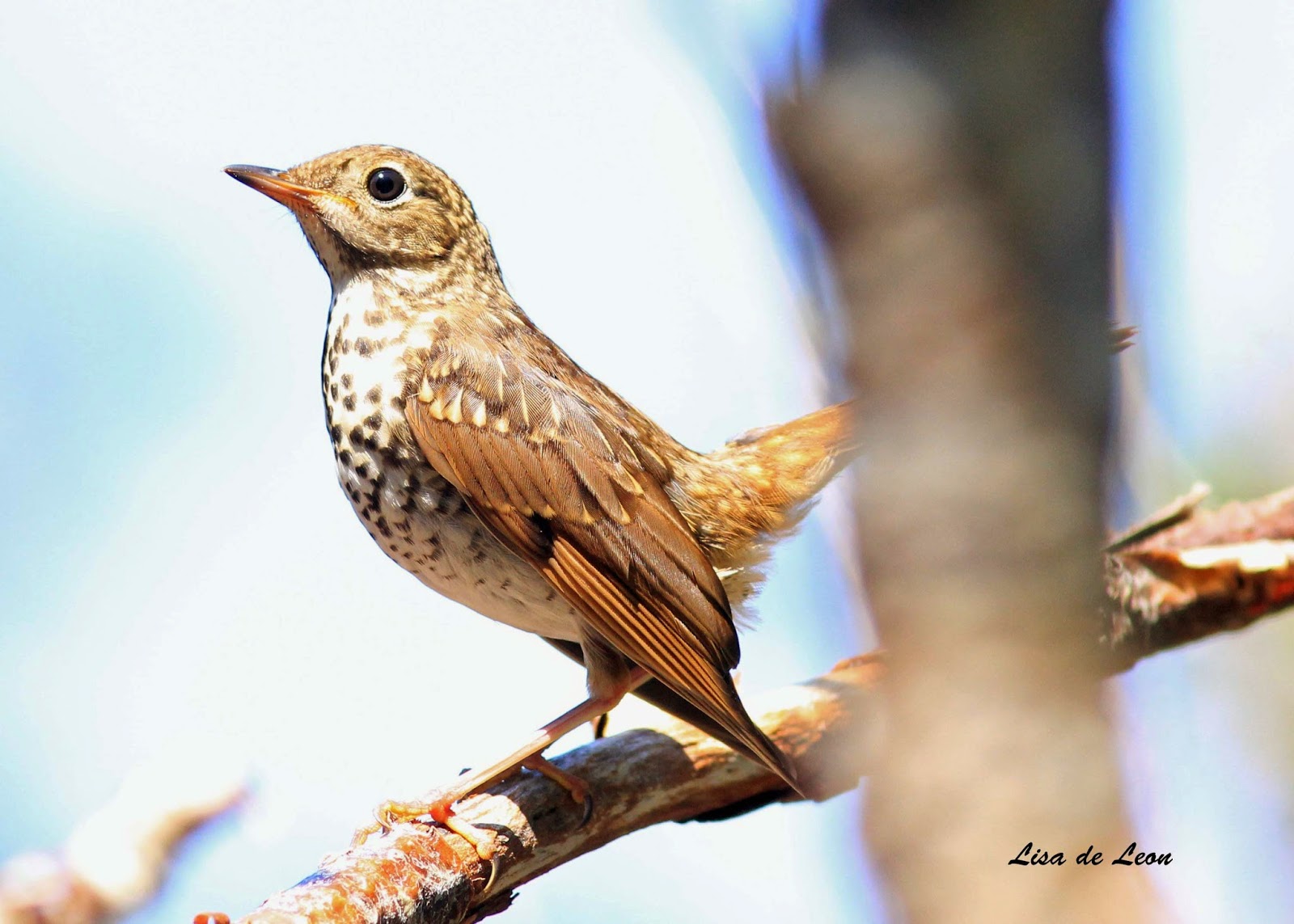 So as not to ignore the Hermit Thrush, I have included one shot that shows its crisp eye ring, its rich reddish/brown color and its slow pumping of the tail, all telltale field marks and behaviour typical of this bird.

That's it now, I won't write anymore about the thrushes.

Human Interest: While standing in one spot (wearing shorts) intensely viewing these birds, I kept feeling something brushing my legs. Thinking it was the tall grass I was standing in, I ignored it and continued to focus on these two thrushes. At one point, I looked down to re-position myself. I saw my legs covered in large ants. OMG! I started knocking them off, hopping around and finally, got clear of all of them. They were heading straight up my leg. If I had not looked down when I did, they would surely have made it up my pants leg! Had that happened, I know the two thrushes would have seen more of me than they needed to.
Posted by Lisa de Leon at 7:26 AM