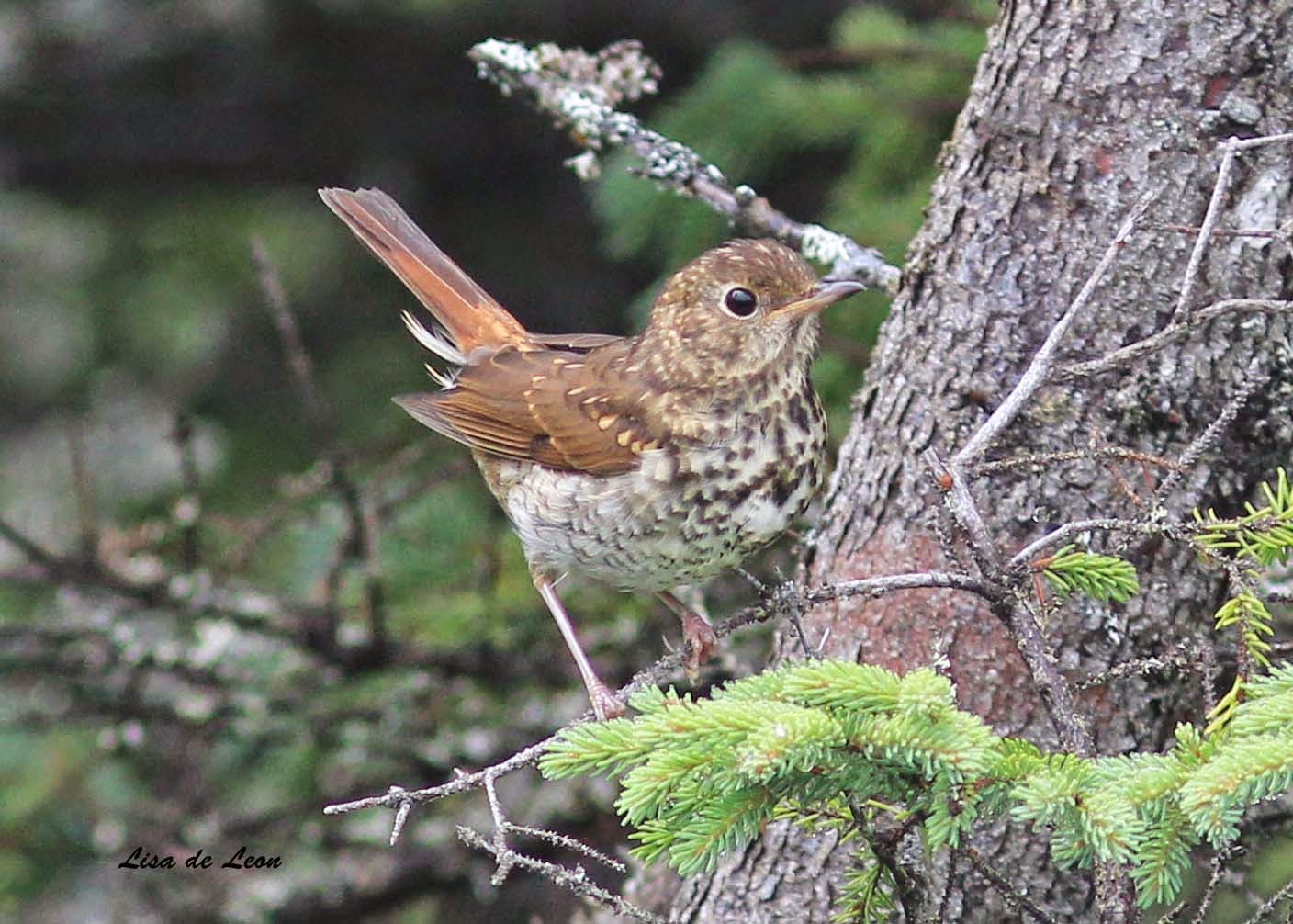 I was pretty happy when this immature Hermit Thrush popped out of the woods on Cape Spear Road this morning. I certainly was not expecting it. In fact, at first, I thought it was a Fox Sparrow. Then, I looked more closely and realized it was a Hermit. At that moment there were three similar birds in the tree. 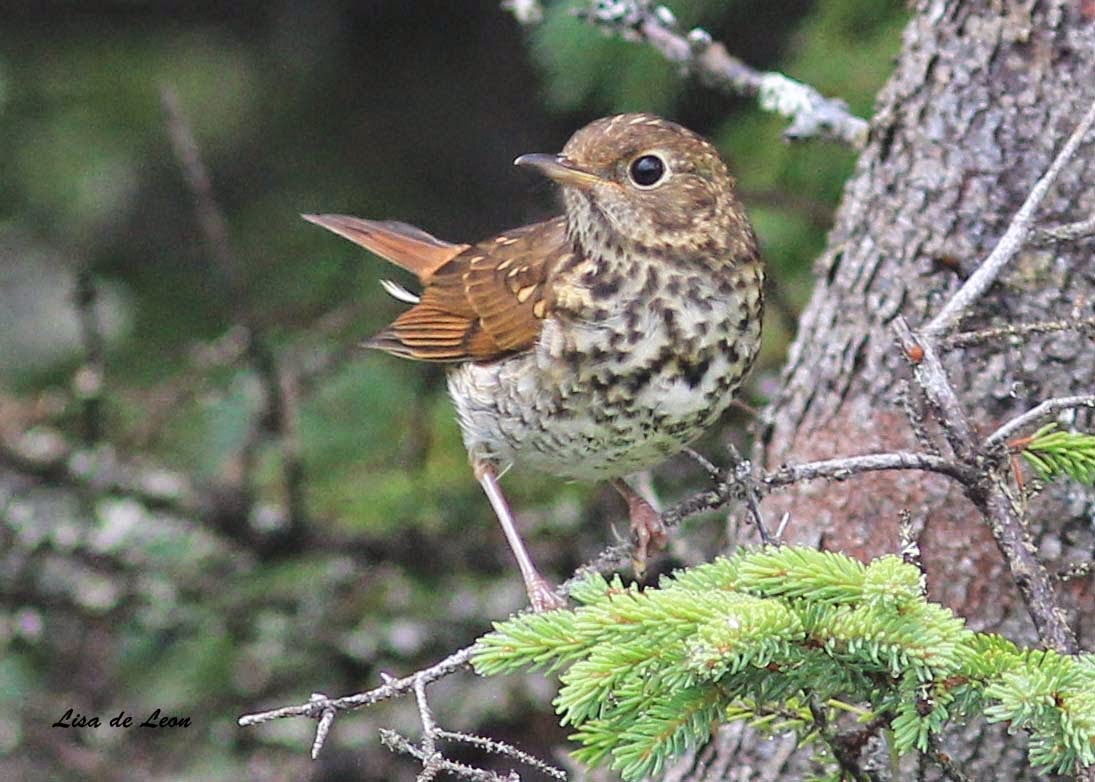 Focusing on this one, I didn't get a chance to look closely at the others. It may well have been three thrushes. 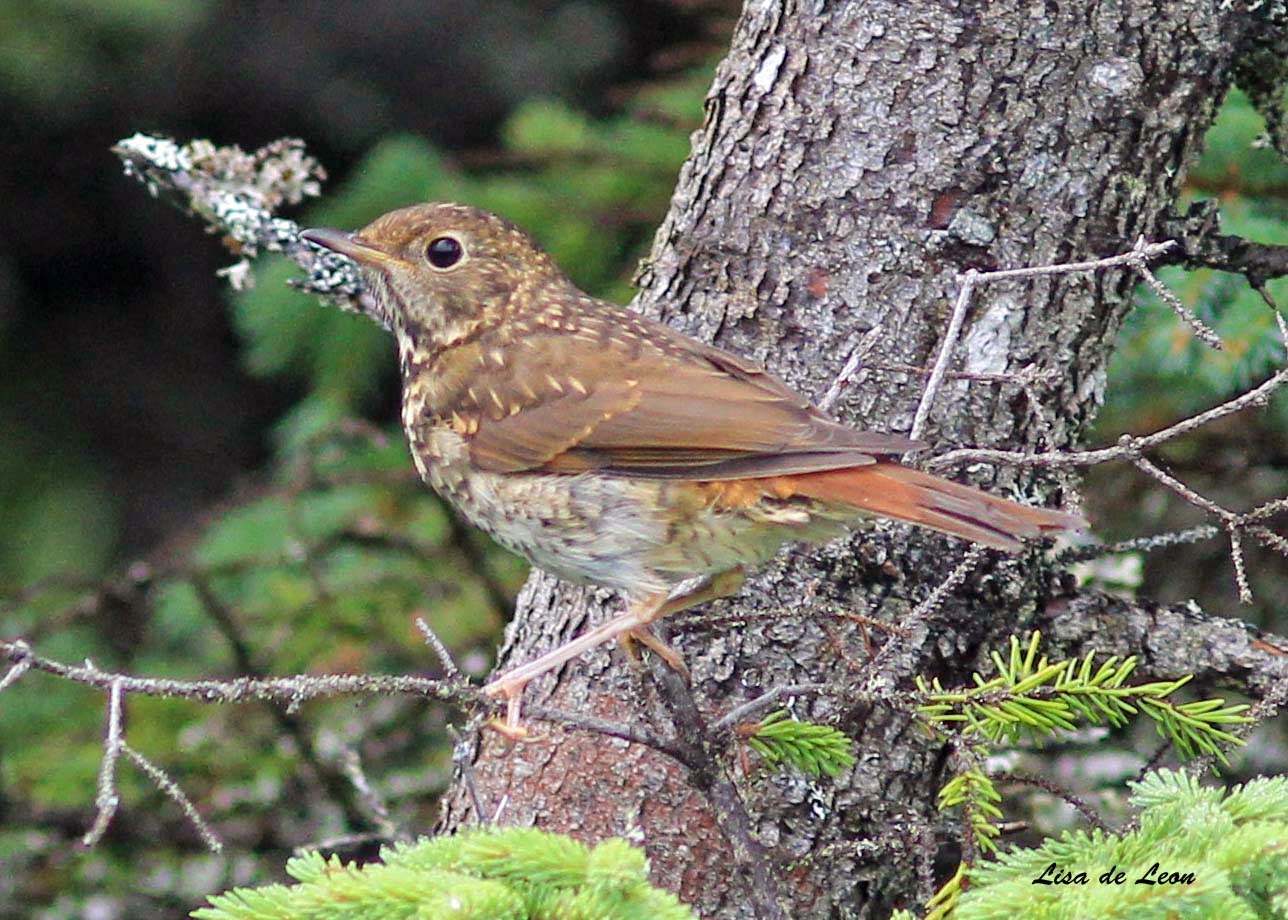 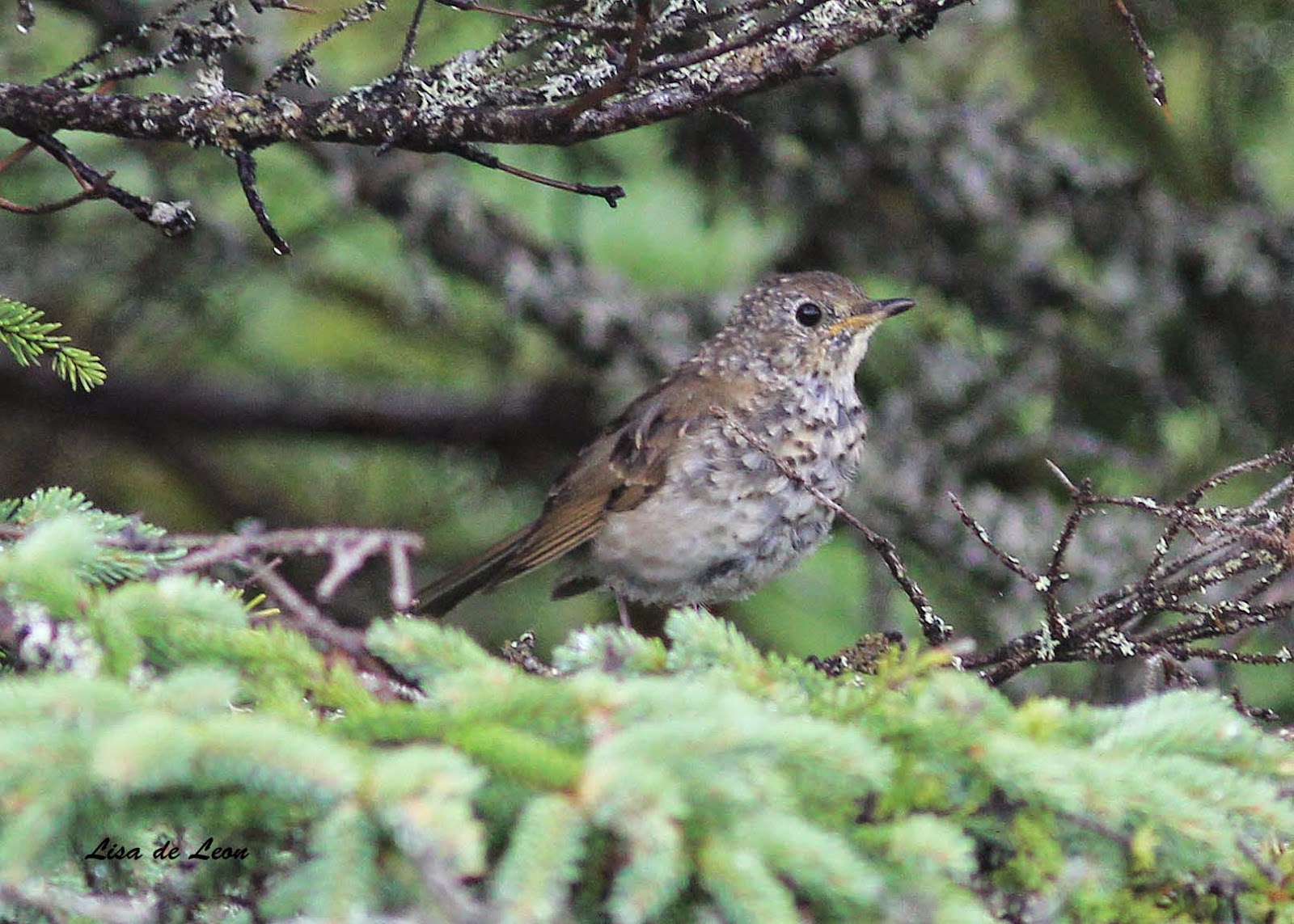 Little did I expect to get to see an immature Gray-cheeked Thrush, but out popped this guy. 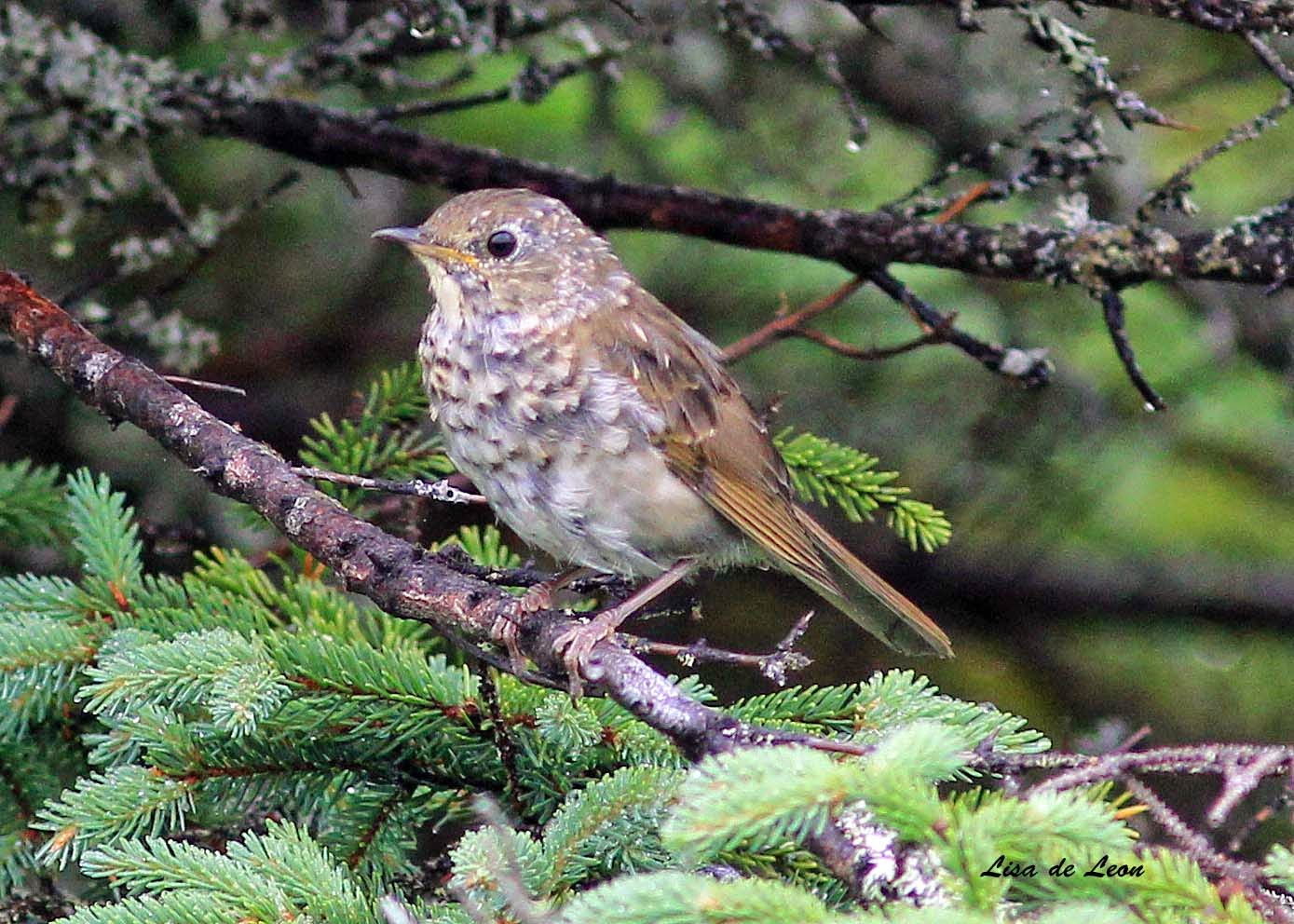 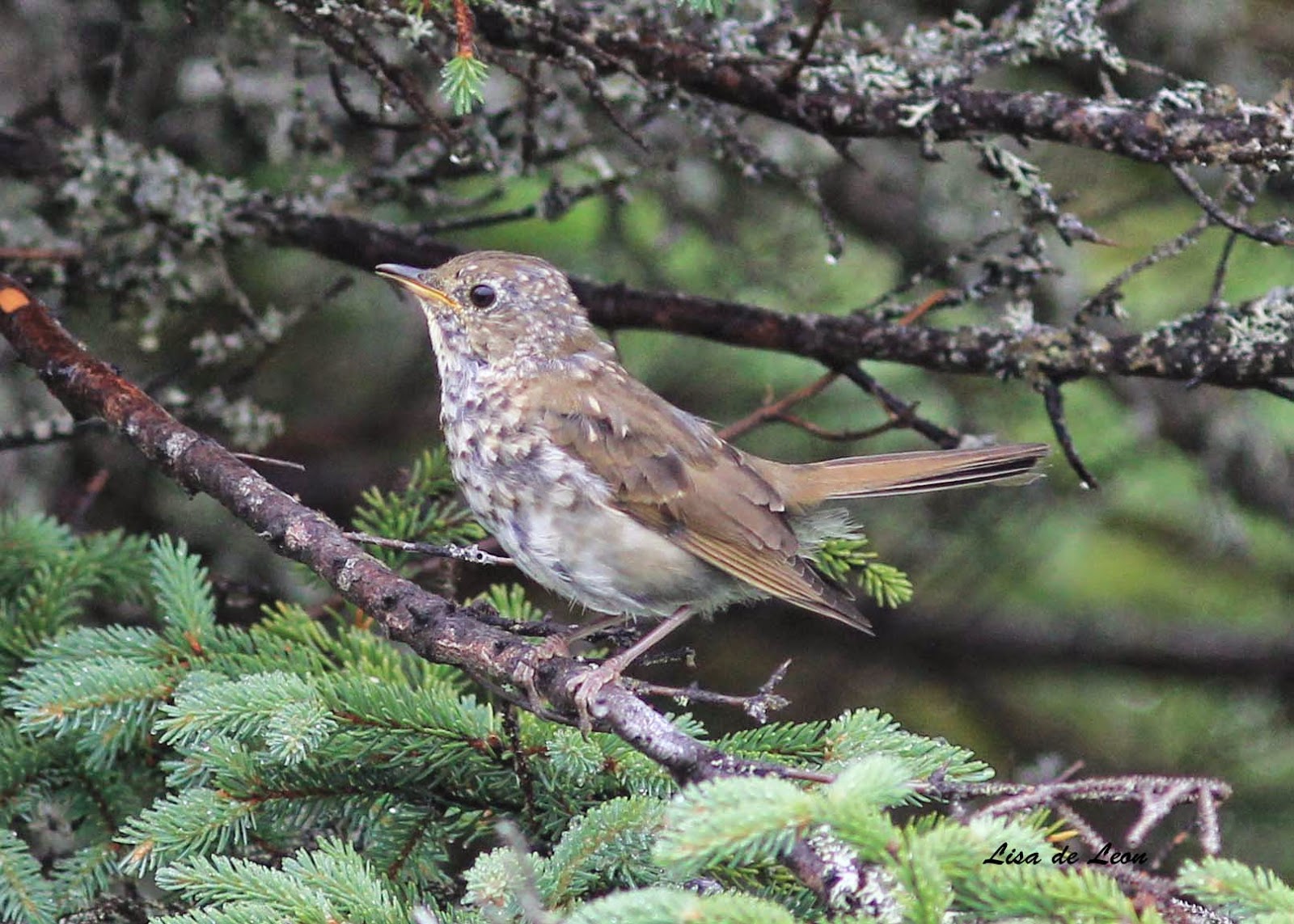 Then, it opened its mouth and clinched the ID. It made the distinct Gray-cheeked Thrush call, over and over. 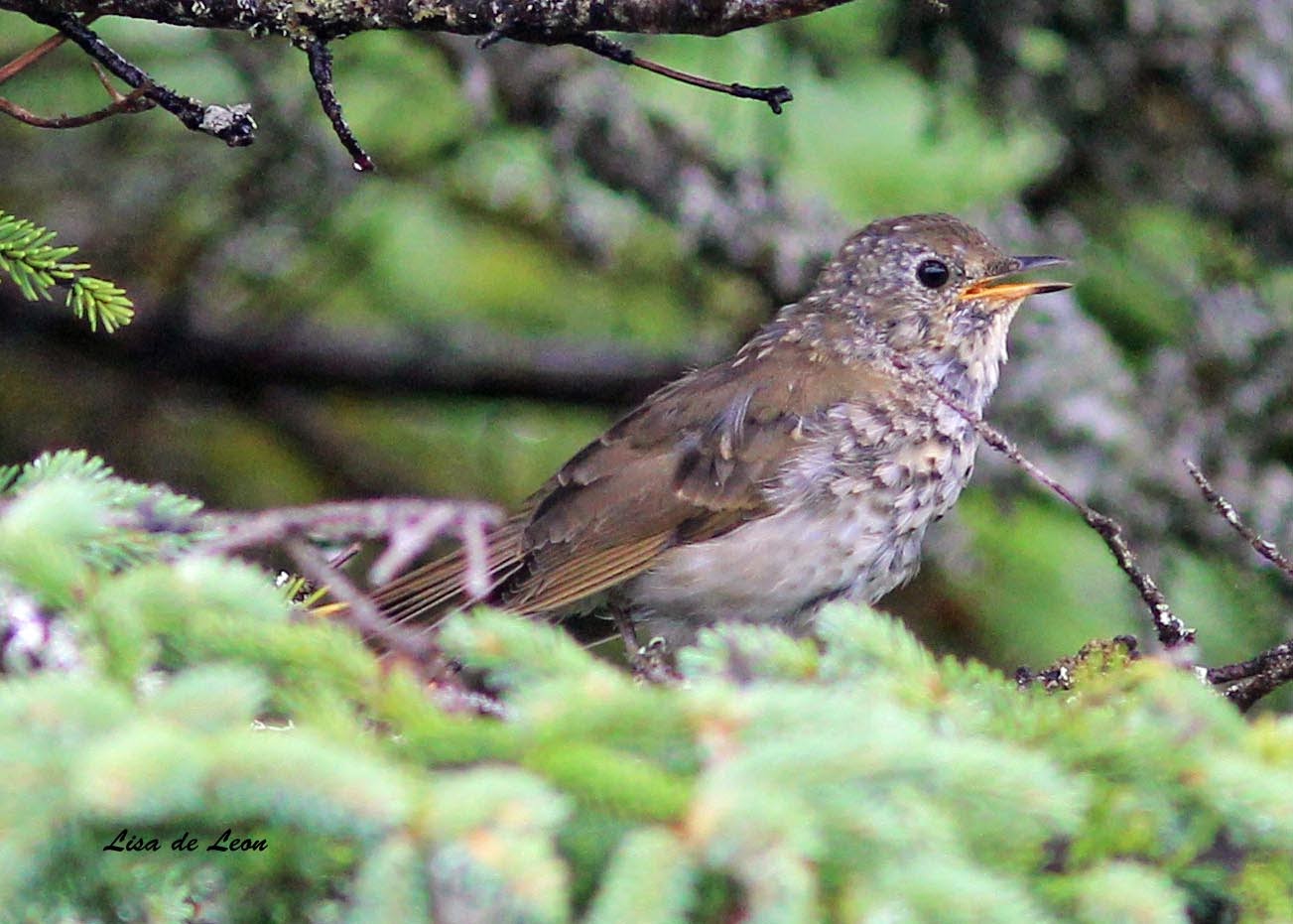 What a treat! I don't know what it is, but it seems that once I see a bird for a year, I tend to see several shortly thereafter. I can never get enough of these. I wish I had been able to see the third possible thrush. Maybe it was a different kind of thrush to make a "hat trick."
Posted by Lisa de Leon at 2:56 PM