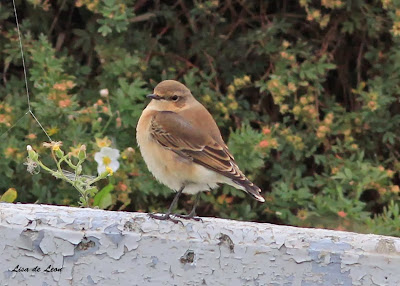 There has been an unusually high number of Northern Wheatear reported in Newfoundland in recent days. Number seven, pictured here, was found by Bruce Mactavish while pursuing the now-famous Scissor-tailed Flycatcher. 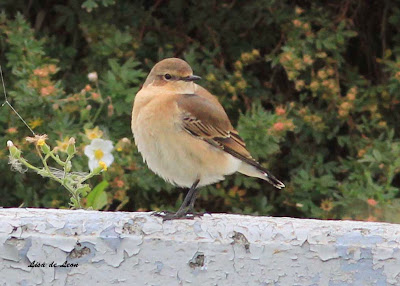 Over the years, I have seen four Northern Wheatears, but none so well as this one. The first one I saw was with the help of Mike Palmater at Red Cliff. His assistance saved me from some tricky rock climbing. 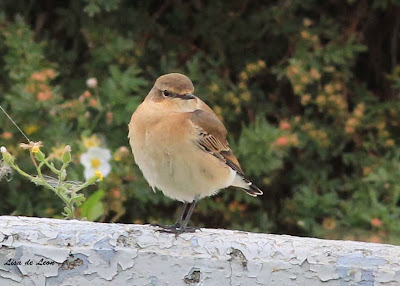 The other two wheatears I saw dropped in to Cape Spear. I saw them, but I didn't see them, if you know what I mean. 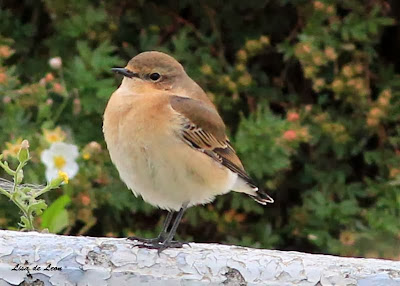 They flitted around, hid away and darted back and forth, teasing me with every brief glimpse. Alas, I can say I have really seen a Northern Wheatear. 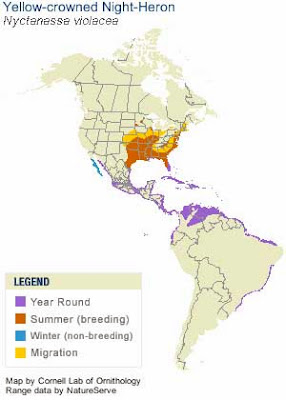 The above Northern Wheatear was seen in very close proximity to the Yellow-crowned Night Heron, the Scissor-tailed Flycatcher and a Baltimore Oriole. 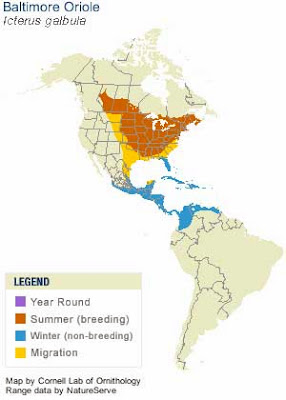 Where else can you see these four birds on the same day within a mile of each other? Well, Newfoundland, of course. 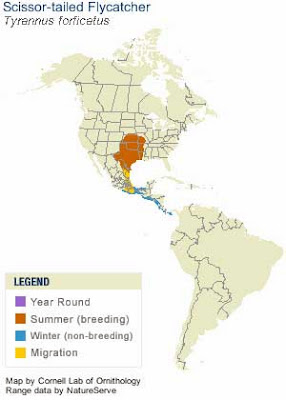 With maps provided by Cornel University and Cornel Lab of Ornithology, it is easy to see from the range of these four bird they just shouldn't be here. However, as I mentioned in an earlier post, we get a hefty dose of winds from all directions. Drifting in on those winds are very tired birds that tend to hang around for a few days. The Yellow-crowned Night Heron has taken a liking to Torbay and has extended his stay. 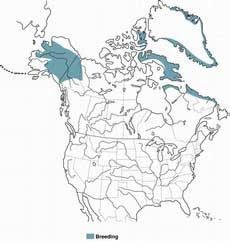 This map from Cornel University shows the breeding range of the Northern Wheatear. There is much less information available about this species than the others. 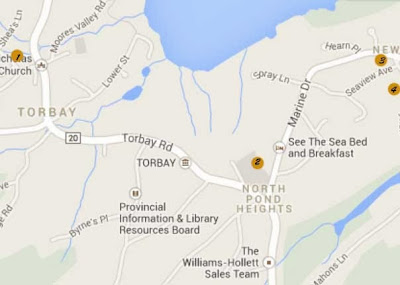 With further help of a Google Map of Torbay, I have identified the locations of each of these birds. The one that has most likely moved on is the Baltimore Oriole. Number 1: Yellow-crowned Night-heron; 2: Northern Wheatear; 3: Scissor-tailed Flycatcher; and 4: Baltimore Oriole. It is really quite amazing how all of these "birds from away" made a stop-over here and at the same time.
Posted by Lisa de Leon at 8:01 AM