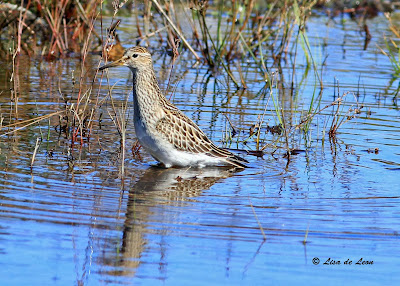 It didn't feel like we had  much of a shorebird season this year, certainly not in the St. John's area. The ponds were filled with so much water that there were no shallow areas for them to feed nor were there any rocks for them to perch. Even the Greater Yellowlegs were scarce. 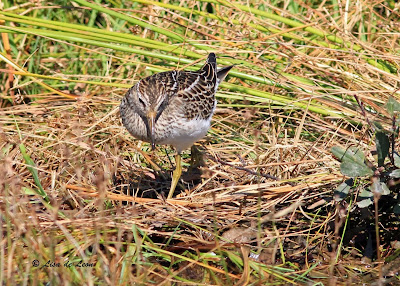 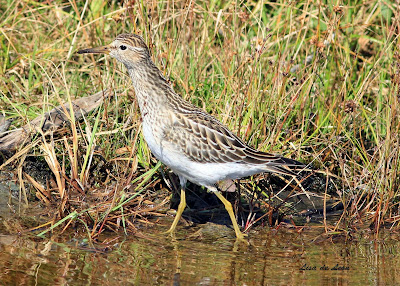 Even the Southern Shore beaches lacked the abundance of some previous years. Cape Broyle provided a home for several Greater Yellowlegs, a Lesser Yellowlegs, a couple of Least Sandpipers early in the season and a scattering of Semipalmated Plover. That was it! 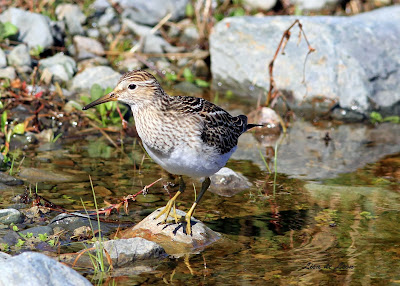 Renews had a few of the typical peeps as well as Dunlin, some Ruddy Turnstones, and a Red Knot. St. Shotts, one of the best shorebird beaches on the southern shore, had some good activity, but nothing to call home about. Bear Cove Beach was even less active. In previous years, I have seen that beach seem to crawl with activity. 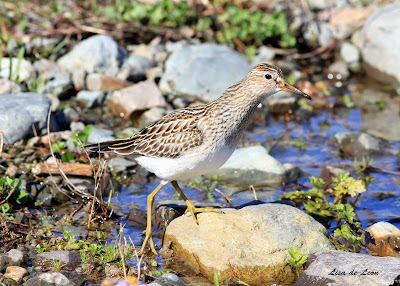 Last Sunday while birding the gravel pit across from Bear Cove Beach, I was surprised on my walk out. As soon as I turned the corner, a Semipalmated Plover lifted off and flew toward the beach. This bird stayed. 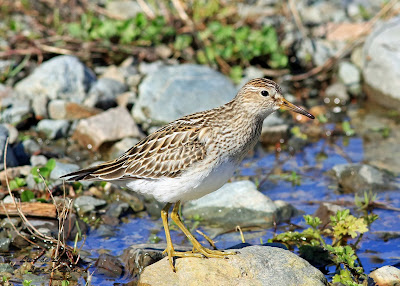 My first look at it was from the back. As the earlier photo shows, this bird was quite dark. I thought it was a snipe, but seconds later when it hadn't flushed, I knew it couldn't be. I froze in place and took a good look. My best surprise of the day was this Pectoral Sandpiper foraging in a muddy puddle. 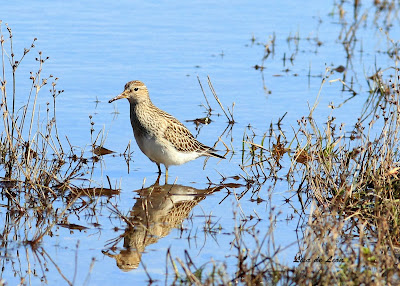 It accepted my presence and quickly returned to its regular activity as if I weren't there. This was my best opportunity to watch and study the behaviour of this species. Oh, if only more birds would do this! By the middle of October, most of the shorebirds will move on leaving birders behind to wait another year for their return.
Posted by Lisa de Leon at 6:36 AM