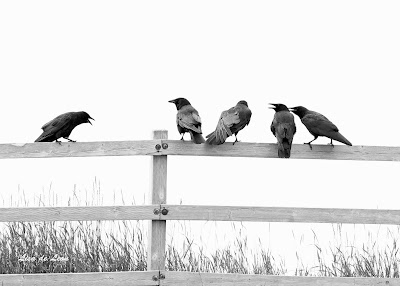 Twice during the summer and fall, the Food Fishery brings excitement to the island. Everyone is talking about it as the coastal waters fill up with small and big boats out to land the regulated quota. 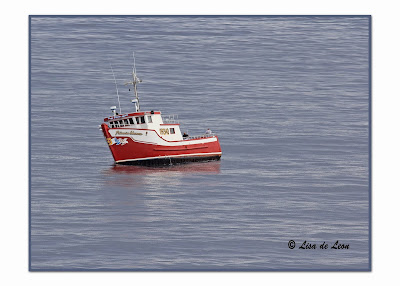 The waters off Cape Spear are dotted with boats, rocking and swaying to the rhythm of the tide. This particular boat out of Petty Harbour, I think, seemed to have an extreme pitch even on calm waters. I turned green just watching it. 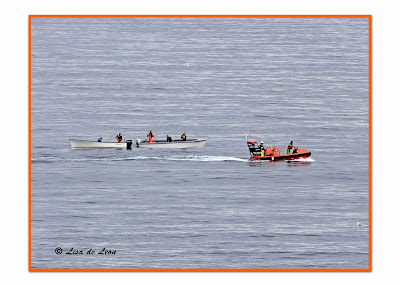 Traditional and non-traditional boats take to the waters filled with fishers in their oilskins. It is an annual show unto itself. 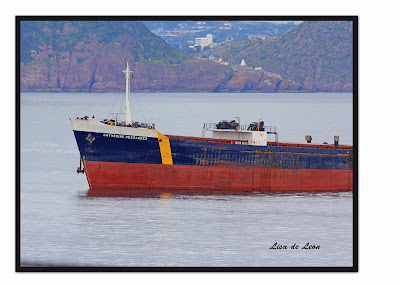 On one calm day in July, I watched as the small boats fished alongside this supply ship. What was this ship doing at Cape Spear? I observed as the ship moved closer and closer to shore. When it could no longer chance scraping bottom, the anchor was lowered. I half expected the crew to drop their fishing line in the water, but it didn't happen. 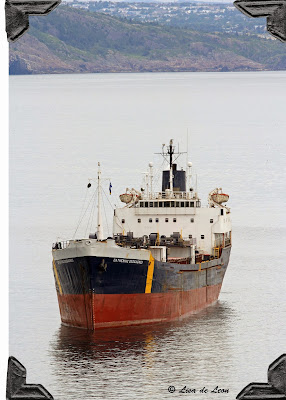 The ship came in so close I could have thrown a stone on its deck. It was a real curiosity. 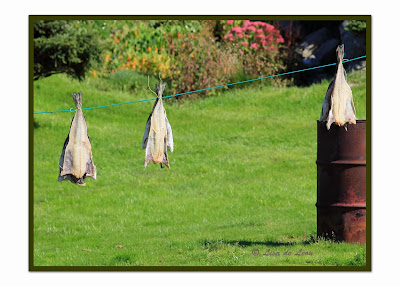 Anyway... while the cod moratorium has been in place for many years now, people have not forgotten the ways of the past. Each year, I happen upon a great sight like this one, reminiscent of yesteryear. Drying salt cod for the winter has been and always will be a part of Newfoundland's culture and landscape, even if for now it is only for a brief snippet of time each year.
Posted by Lisa de Leon at 7:26 AM