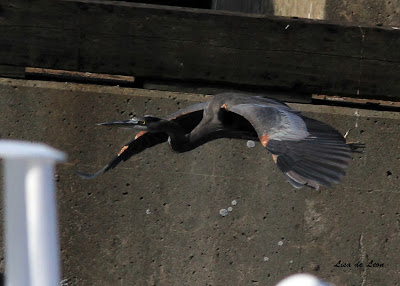 When yesterday morning broke and I realized it was going to be a crisp, calm Fall morning, I had to go out. Resisting the temptation to head to the southern shore to see the birds reported the day before, I decided I would just clean up on the birds already reported in St. John's. 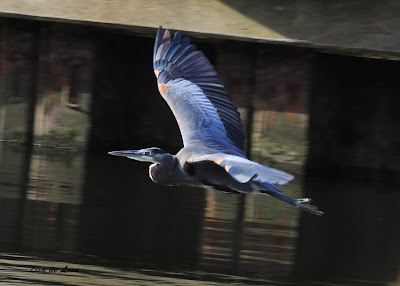 I twitched right on over to Virginia Lake to see Lancy's Bufflehead where I ran into David S.. The Bufflehead was a no-show. Wanting to get  to the lake early enough to see the duck meant being there before the little birds started to move around. There was not even a chickadee around. 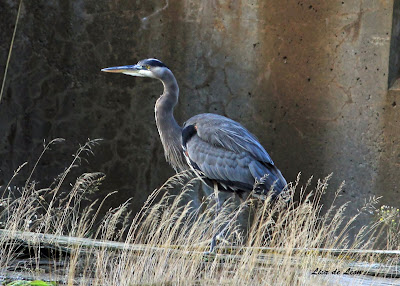 That was okay. I just "twitched" straight to Mundy Pond to see Gene's female Red-wing Blackbird. I "hauled" on by boots and headed toward the island. With water levels sitting one inch below the top of my boots, I tread gingerly through the cold water.  I got to the island, and there was not one single bird. Hmm. I hung around the area a bit and heard the Greater Yellowlegs and saw an unidentified, small bird fly into the tall grass but couldn't coax it out. 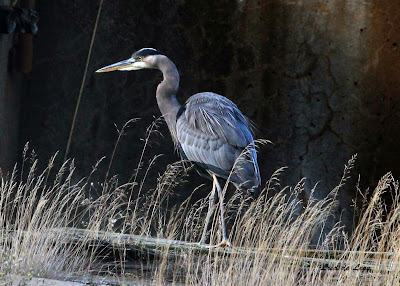 I walked on around the pond where I ran into Les and Todd heading in to see the blackbird. I wished them good luck and continued my walk. 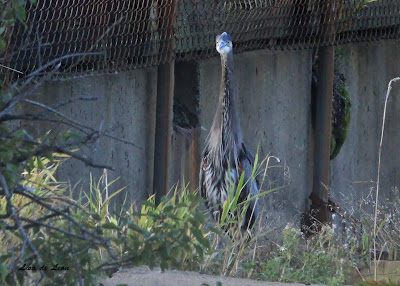 Twenty minutes later when I returned to my car, I found their cars still in the parking lot, and Allison's car had joined the group. Birders were filling up the lot. Since Todd and Les stayed so long, I thought maybe they found the blackbird, so I headed back to the lagoon area. 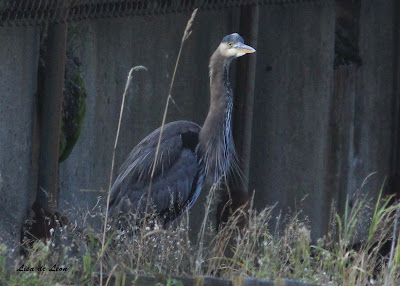 There stood Les in the tall grass peering into the cattails. With a grin on his face and a photo of the Red-winged Blackbird in his camera, he tried to help Allison and me to see the bird. No luck. 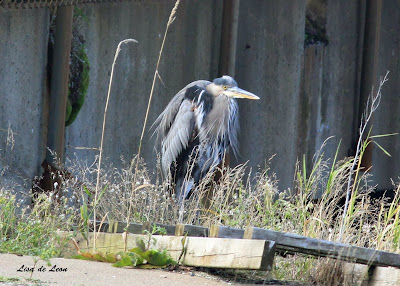 I drove on to Goulds where I came across a couple of interesting sights that I can share at another time. 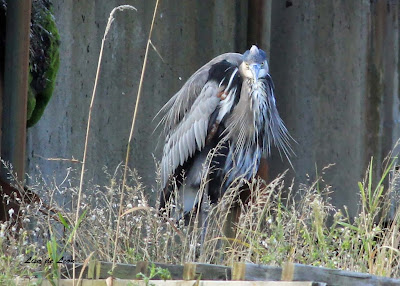 My morning evaporated, and I headed home. The worst thing to do if you need to stay home is to look on NF Birds. Unable to help myself, I took a peek. What? Todd had found a Nashville and Orange-crowned Warbler at Virginia River, and Bruce had a Great Blue Heron at the St. John's Harbour. "Twitching" time again! 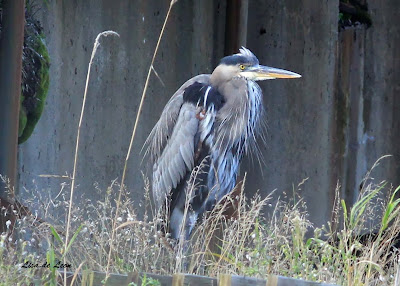 I rushed over to Virginia River to try to see the warblers. The only creatures on two legs I found there were Catherine listening for small birds and Bruce with his scope trained on the ducks in the lake. No warblers anywhere to be found! 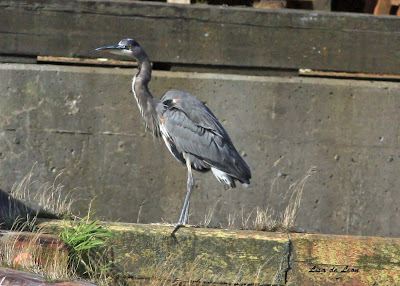 My last and best "twitch" of the day turned out to be at the harbour where I did get to see this great, Great Blue Heron. It seemed to have perked up from its earlier tired posture reported by Bruce. It flew twice while Madonna and I strained to get good looks and pictures through the chain-link fence. It was clearly showing signs of hunger and was looking around for anything suitable to eat. There was nothing edible in the area, and I commented I don't think he will stay long. It didn't surprise me when Bruce reported the heron to be gone at 5 p.m. It left in search of food. I reached the harbour just in the "twitch" of time to enjoy seeing this beautiful bird. Now, the question is...shall I "twitch" today or not?
Posted by Lisa de Leon at 6:51 AM