Time for an Indigo Bunting 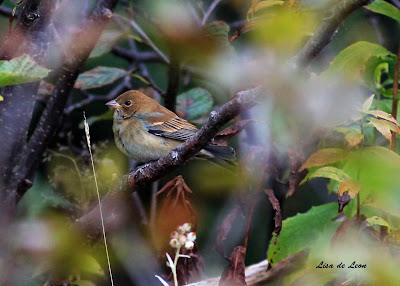 Yesterday morning was what I consider ideal conditions for a half-day of  Fall birding around Cape Spear. The temp was just above freezing, the sun was shining and the winds were low. 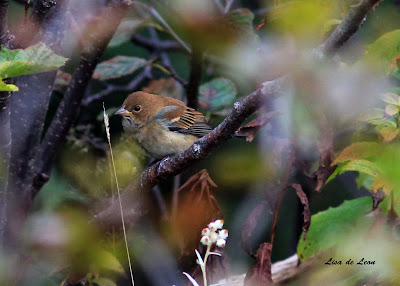 For one reason or another, it had been several days since I was out, so I was eager to get going. With a few checks, I decided the Indigo Bunting was the best hope of the day. 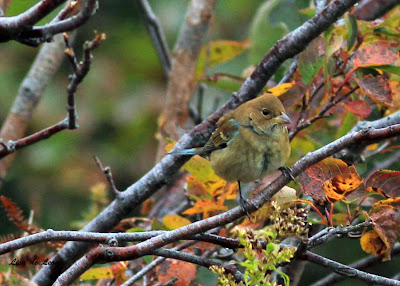 Just before reaching Blackhead, I spotted Dave Brown. I pulled over on the side of the road before reaching him, just in case he had something good in his sights. I watched for a while and realized it was safe to proceed. 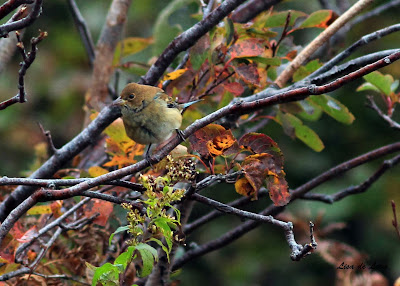 After exchanging morning greetings, I told him I was out to find an Indigo Bunting. As usual, he offered encouragement. Just up the road I ran into another birder (clearly, others thought it was a perfect morning for birding.) 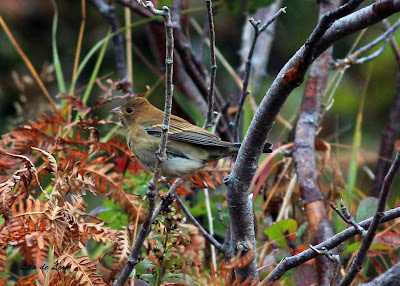 Blackhead was unusually quiet, so I moved on toward Cape Spear. Dave and I were playing leap frog. I would see him and move up the road further and vice versa. I last saw  him near the edge of the trees before the expanse below Cape Spear. I decided to move on and walk to the point. I was only half way down the hill, when my phone rang. 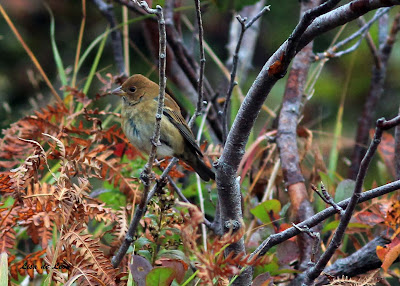 Dave announced he had found an Indigo Bunting and came to the Cape to get me. I hurried back up the hill and returned to the area with Dave. Indeed, with a little patience, the Indigo Bunting showed itself again. How good was that! I thought for a moment, and then with a grin told Dave, "I'm looking for a Bobolink, now." 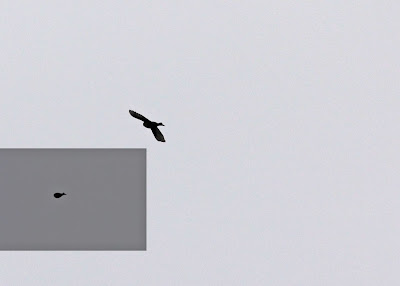 On my way back to town, these two birds flew over my car and into the distance. I was only able to get one shot of them before they disappeared. I have cropped the image to bring both birds closer together. This shot provides very little to base an ID on, but my best guess of what these two birds might be is Pine Grosbeak. Why? Well, there were two birds meaning they are probably not that rare. They were about the size of a robin. They look quite gray in the pictures and there is a notched tail. Right or wrong, I think these are Pine Grosbeaks.
Posted by Lisa de Leon at 8:34 AM