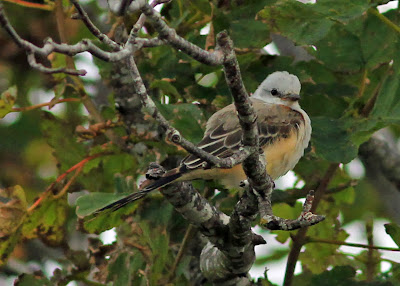 At approximately 2:30 p.m., October 10th the phone lines jammed in St. John's. Lucky for us, we weren't a part of the Roger's "fail" the day before. Phones rang and text messages chimed as the news spread. 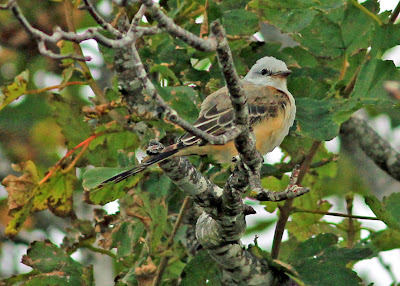 Lancy Chang, Dave Brown and Ken Knowles had their eyes locked on a Scissor-tailed Flycatcher in Torbay. Why is this such big news? Well, there has only been one other recorded sighting back in 2001, and the bird was not relocated. 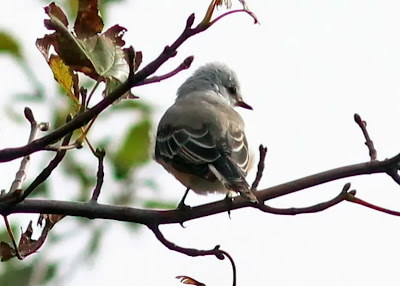 I, like everyone else, dropped what I was doing - grouting some tiles. Others had to slip away from work, others had to juggle child care, but the goal was the same for all - get in the car and get to Torbay fast. 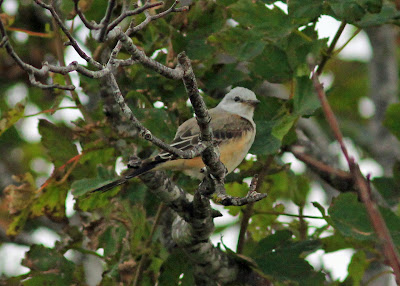 I was lucky to be fairly close to the area and am very much aware of the RNC's heavy ticketing practice on the road to Torbay. While I made it through safely, I was a little concerned that others may fall victim to a traffic ticket. It is a good thing that the bird alerts are not intercepted by the authorities or they could have banked a mint yesterday. 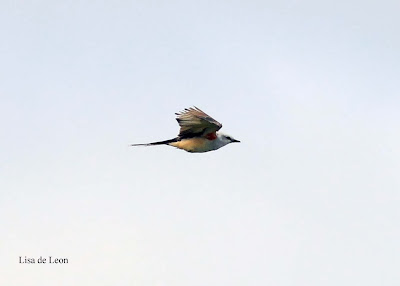 Burning the road up, one by one, birders began to arrive. When I reached the site, I found Dave, Ken and Lancy beaming from ear to ear; however, they were ambling around the area. Where was the bird? 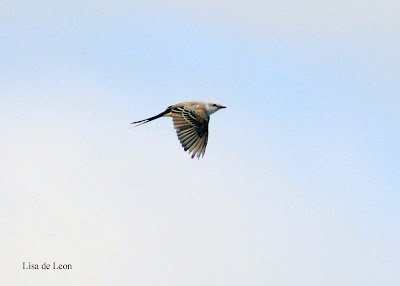 "It flew," they said. My heart sank. I began eyeing the power lines and fences - nothing. Bruce arrived, parking on the side of the road. No bird. We were all looking and looking. 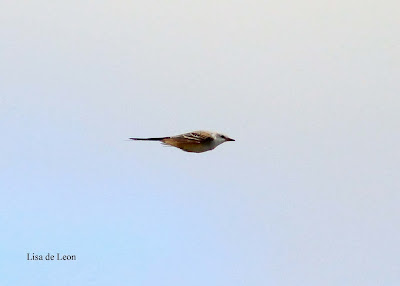 I was so intent on scanning the area, I didn't notice Bruce racing to his car, but I did hear his tires screech as he pulled out and made a U-Turn to speed up a side road. It had to be the bird. I watched as he sped along. Ken pointed out the bird sitting on the fence. 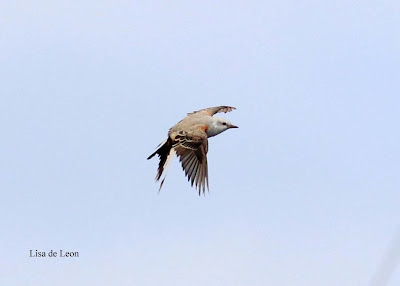 Wow! There it was, but it was really small and light in color. I know Dave said Scissor-tailed Flycatcher, but somehow my mind received "Forked-tailed Flycatcher." I puzzled over why this bird looked so different from what I was expecting. 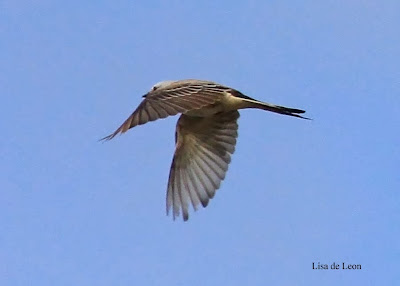 Well, my "senior moment" slipped out, and I was assured this was an even rarer bird still - the Scissor-tailed. 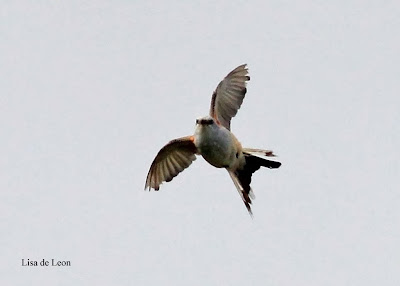 Well, we weaved along the main road and into a side road as we tracked our rare bird. Our numbers were growing. Soon, there were seven birders on site. 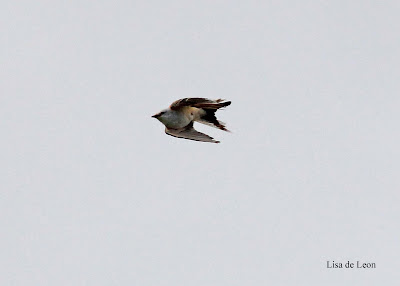 We are not an inconspicuous group. With binoculars hanging from our necks, telescopic lens mounted on huge cameras mounted on big tripods as well as mounted viewing scopes, we were about as subtle as a herd of buffalo charging down main street. 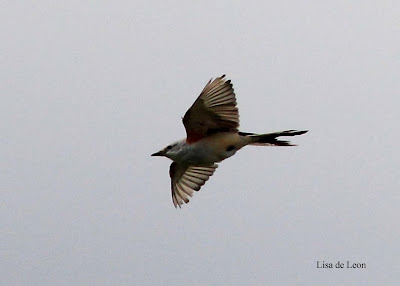 The crowd was growing to about 20 birders, and I have never seen such elation among such a large group. With joy and excitement on our faces, our feet shuffled with every directional change the flycatcher made. Tripods were resting on shoulders, binoculars were screwed into eye sockets, and cameras were clicking continuously. 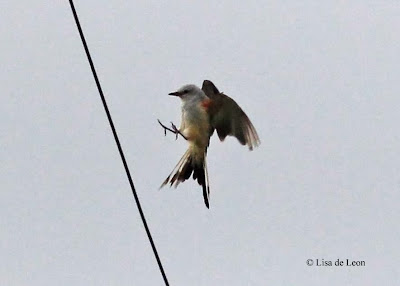 Add to all of this birder jubilation - the evening rush-hour traffic was upon us. People were coming home from work on what is usually a quiet street only to find all of this unusual activity. Some stopped to inquire about the commotion, others drove by rubber-necking as they went, and others just wanted to stop to see what warranted such excitement. 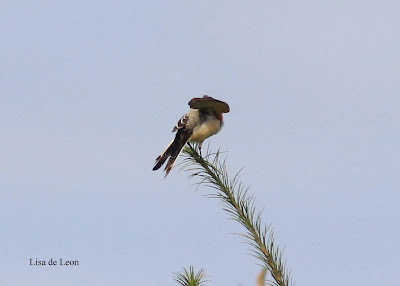 You see, one of the greatest thing about birding is the strong connectivity among the birders in the community. First and last, the network gets the word out to everyone so that they, too, can enjoy the excitement of a great bird. This was a really good one, and I can't help but wonder if there was an increase in sales at the liquor store just around dark as so many went home to toast a life bird that has been a long time coming.

I posted a series of photos that show many angles of this bird.
Be sure to check Bruce and Jared's Blogs linked from my Blog List to hear more about this experience.