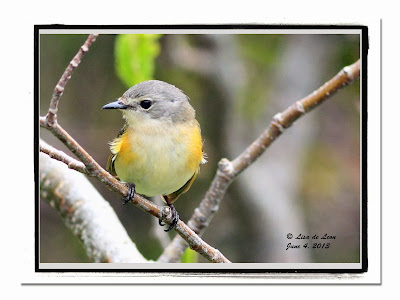 With wood warblers being my favorite birds, I thought I would take a little extra time to prepare this post. I actually set out to provide pictures of the last sighting of each species I saw. In a couple of cases, the first sighting was the last. Basically, that approach to the post proved to be a little more challenging than I expected. 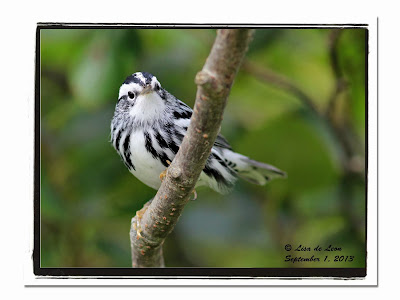 So in the process of collecting images, I did take note of the date of the photo. However, they are not necessarily the last time I saw the species this year. It seems that in the St. John's area, warblers were already scarce by September 15. Fortunately, a day of birding the southern shore on September 21 extended the enjoyment a little longer. 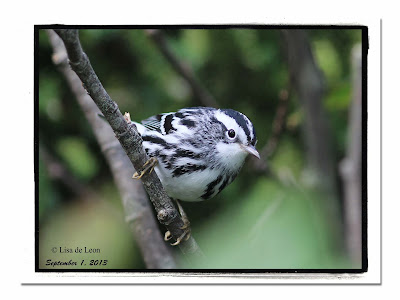 While sorting pictures, I found two shots of the Black and White I wanted to share and three of the Yellow-rumped Warbler. However, there is only one shot of each of the other species. Be sure to click on a photo to see enlarged images and enjoy the parade of Newfoundland's 2013 Warblers. 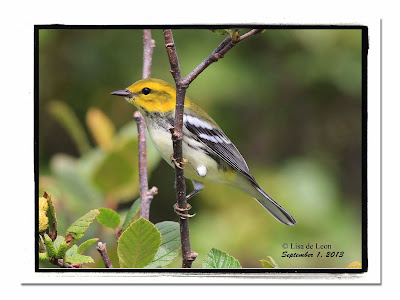 So far, I have seen 21 species of wood warblers this year. There may be more yet to be found in the weeks to come. Around this time of the year, one or two particularly rare warblers for our part of the world show up and take up residency along Rennie's River, at Kelly's Brook or along the lower Waterford River. Some previous rarities found in the fall in these areas include a Kentucky Warbler, Nashville Warbler, Townsend's Warbler and other species including Cape May Warbler and Pine Warblers have appeared at feeders. I can hardly wait to see what might show up this year. 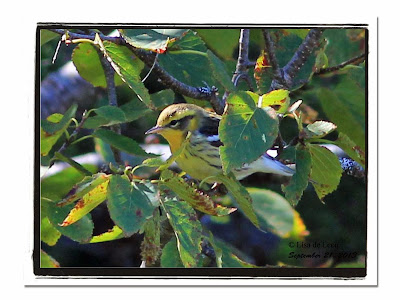 Of the warblers I saw this year, two were life birds for me: A Blackburnian and a Canada Warbler. As I look at the long list of warblers found in the province over the years, there are still 11 species left for me to see. A trip to the west coast of the province at the right time in late spring next year may provide an opportunity to see some of these. 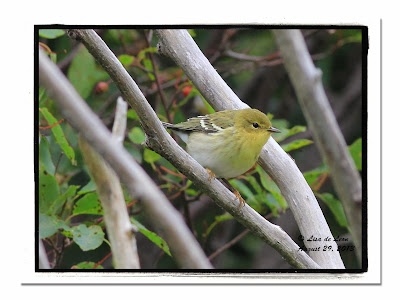 Birds pictured here are fairly common. They include in the order they are shown: American Redstart; Black and White; Black-throated Green; Blackburnian; Blackpoll; Common Yellowthroat; Yellow-rumped Warbler; and Magnolia. 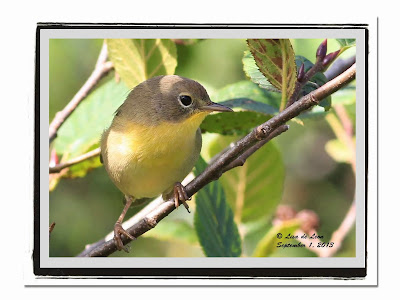 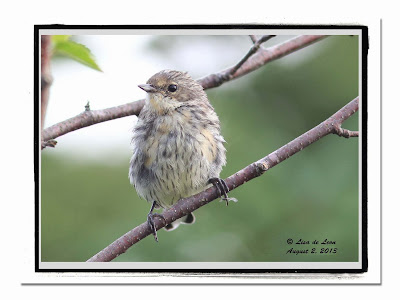 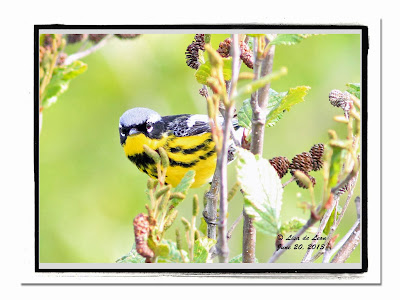 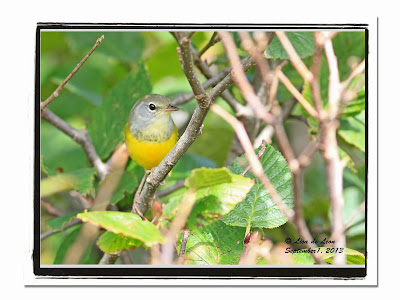 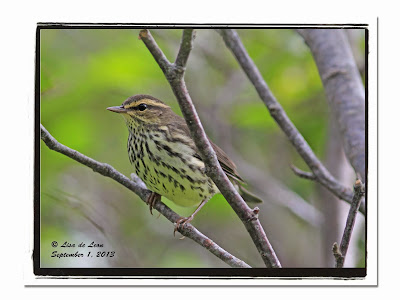 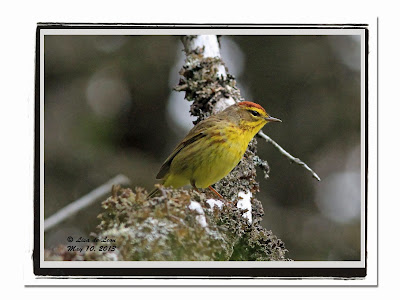 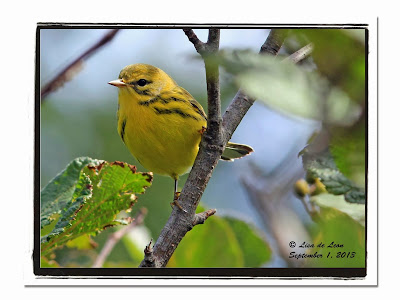 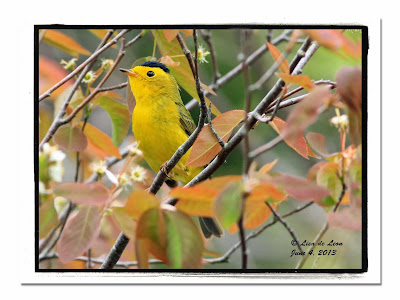 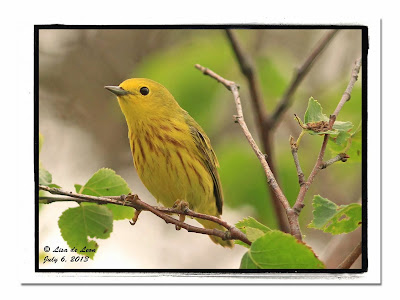 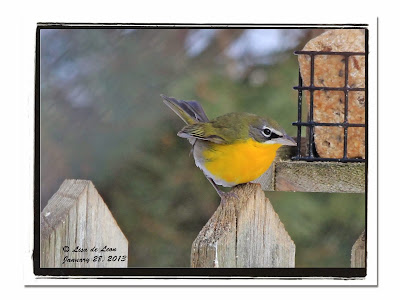 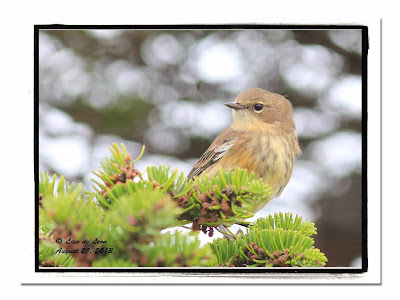 The most common warbler seen in spring, summer and very early fall is the Yellow-rumped Warbler. These two shots provide variations of this species. 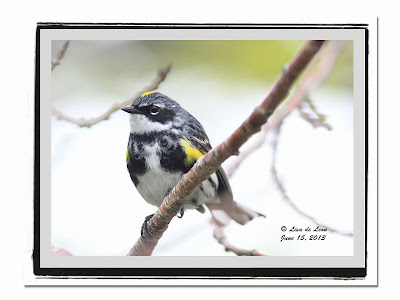 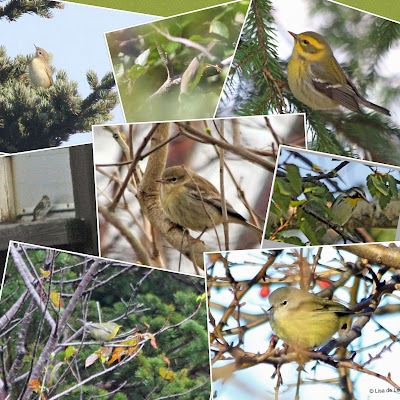 Then, this collage provides photos of other birds I saw or were seen by others this year. From left to right - Row 1: I was lucky to each of these three: Tennessee; Canada and Townsend Warblers.

Row 3: The Northern Parula which I didn't see this year was found by Mary and Madonna. What a great find! The Orange-crowned Warbler stayed around downtown for only a few days into the new year.

Beyond pictures available in my stock, there were two great warblers not shown here. Anne Hughes found a Prothonotary Warbler in Trepassey and Dave Brown reported a Bay-breasted Warbler in Bear Cove. There may be others I have missed here. Further details can be obtained by sifting through all of the posts on NFBirds as there is no complete resource to generate a list. Not all warblers have been reported on eBird. If anyone knows of others I have missed, please share. 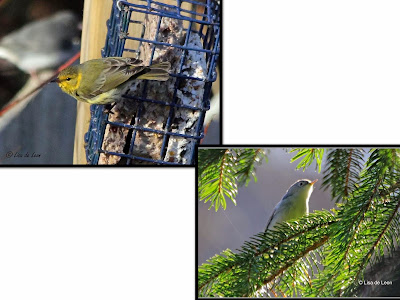 Over the last three days, two more warbler species have been spotted in St. John's and on the Southern Shore. These include a Cape May Warbler and a Nashville. I have yet to see them this year so these images were taken from my record shots. Let's hope they just keep coming.

I wonder how 26 compares to counts of previous years. 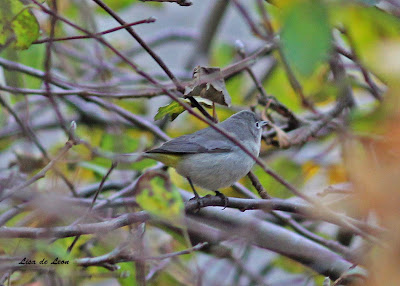 Number 27: VIRGINIA WARBLER! This is a big one!