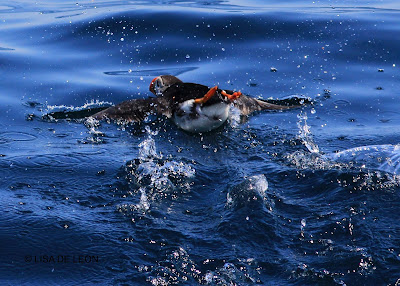 You just "gotta" love this bird! Because 95% of all Atlantic Puffin breed in colonies around Newfoundland, it is fitting for it to be our Provincial Bird. 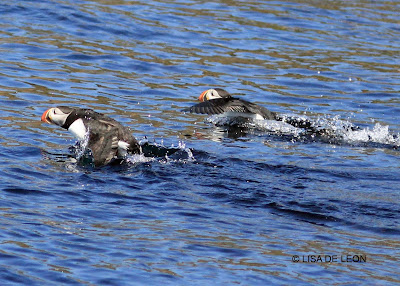 However, the playful nature of the Atlantic Puffin also makes this bird fit right in. I have to wonder if they don't have a George Street burrowed somewhere under the ground. 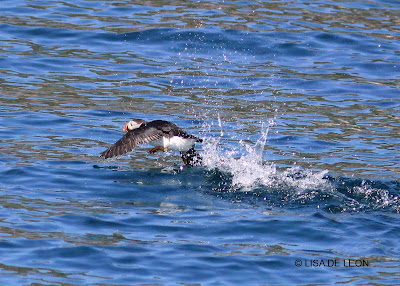 During the winter these birds stay out at sea (drinking sea water and eating fish) only returning to land to breed. The two most productive breeding sites on the Avalon Peninsula are Witless Bay and Elliston. July is without doubt the best month to see them. These birds can fly up to 70 mph and dive up to 200 feet. 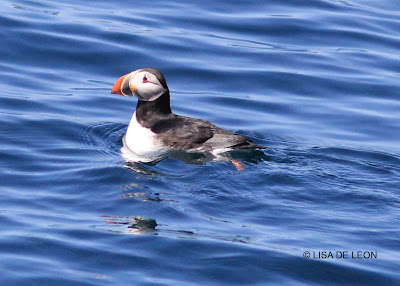 Shifting from the sea to the colony, the Atlantic Puffin burrow holes in the ground where they nest. All of this burrowing weaken the ground. (If humans were to wall around on the breeding grounds, the chambers would likely collapse.) Apparently, the chambers have two rooms: One for the new baby and the other for the bathroom. The pufflings are known to leave the chamber to go to the bathroom so as not to dirty up themselves or their bed. Each breeding season, the puffin lays only one egg. The life span of an Atlantic Puffin is about twenty years and the pair typically mate for life. 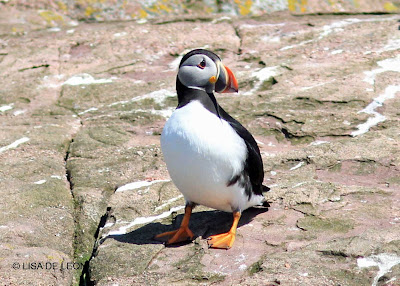 During my recent visit to Witless Bay, there were no signs of any fledglings around. Once hatched, it takes a good supply of fish and about five weeks for them to emerge. The little ones will likely fledge over the next couple of weeks. 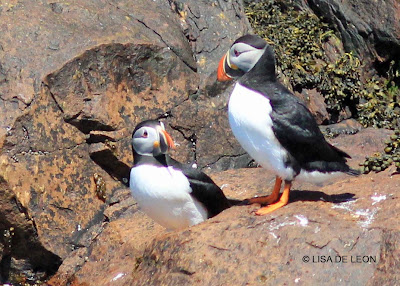 Witless Bay citizens have undertaken a great project to ensure as many of the newborn Atlantic Puffins survive. When the birds are just learning the ropes, it is common for the young to be attracted to the lights in the community. 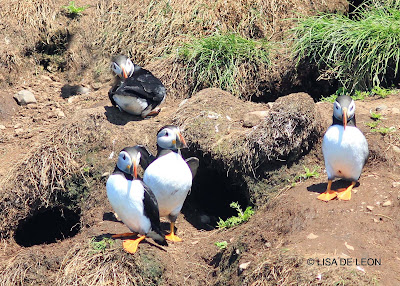 They fly onto land where it is difficult for them to once again become airborne. It is common for young puffin to be found along the roadway and in harm's way. The Puffin Patrol cruises the road in the evening looking for any wayward puffin. Those found are gathered up and returned to the water. 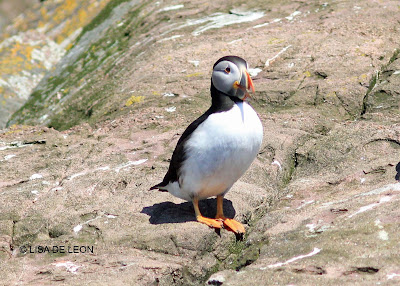 Once successful breeding and rearing is complete, the Atlantic Puffins head back out to sea where they are rarely seen again until the following year. However, from Cape Spear it is sometimes possible to see them flying by in large flocks. 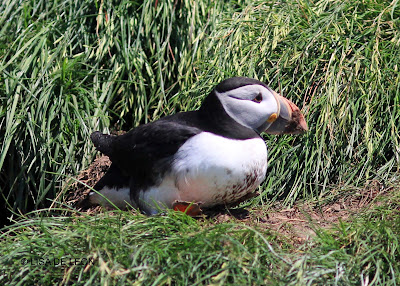 This Atlantic Puffin seems to be busy digging a new burrow. The overall color of its beak is worn and faded (looking more like a winter bird) and the breast is covered in dirt. Digging must be hard work. However, one quick dip into the deep blue and s/he will sparkle again. 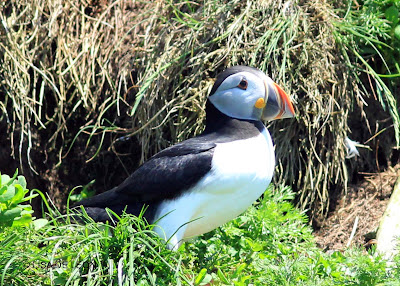 It would be so easy to while away hours watching these little birds. Not only are they engaging and totally entertaining, but they have different habits and behaviour providing a novice birder the opportunity to learn more about the auk. 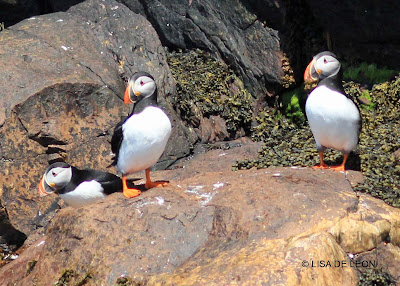 And so, our seasonal visitors will continue to come once a year, stay for a short while and be off again. Carpe diem.
Posted by Lisa de Leon at 8:05 AM