My Very Own Sea Monster 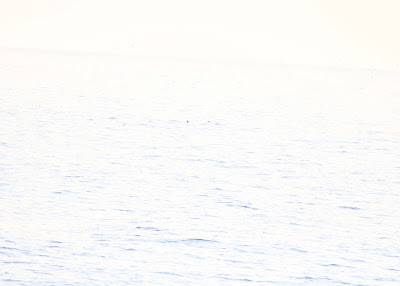 As I have said many times before, Cape Spear always surprises. Last week, I was watching a pod of whales and a group of smaller fish some distance from shore. I thought the small fish jumping out of the water were porpoises. I spent time trying to catch them in the act despite the distance. This first picture shown here is cropped, so you can imagine how far I was shooting into the morning light. 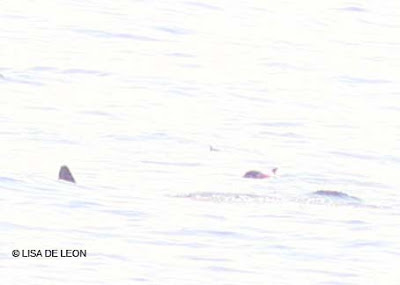 Zooming in on the shot above, I found a very strange image on my screen.  It looks like a giant "fish bird." Yet another "spear delight." Maybe this is the real Rare Bird! (Click on image to see enlargement.) 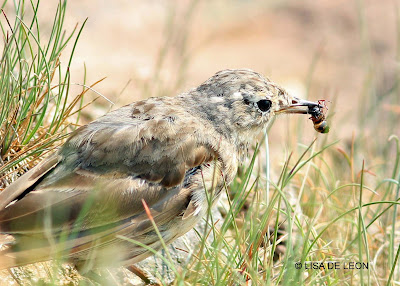 On the same day, I was able to get pretty close to one of several American Pipits. This one was enjoying breakfast. 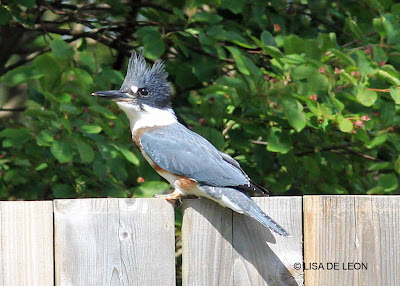 On my way home, I dropped in to Virginia River to see if any warblers were gathering there yet. I only saw a couple, but this Belted Kingfisher did oblige as it flew in and sat for at least 5 seconds - unusual.

There haven't been many reports of birds around St. John's at this time - a dry spell. The young birds are just beginning to flee the confines of the nests. Once this happens with all species, the woods should fill up, and the birds will start moving around again. While I don't want to wish summer away, I am looking forward to the next phase of activity.
Posted by Lisa de Leon at 6:43 AM