Evening Birding Off the Beaten Path 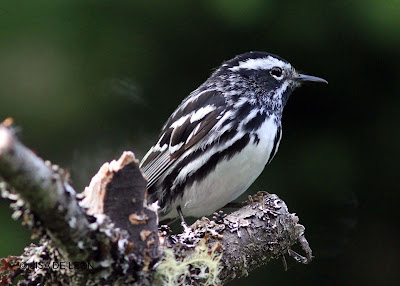 Time has been scarce this summer. Typically, I would get up and head out for some morning birding and easily burn up a whole morning. This summer, my schedule has been packed, so to fill the void I have darted out in the late afternoon to see what I could find. With Cape Spear being overrun with visitors, I have opted for some other areas less often birded. I have also explored some new areas which I will continue to do over the next two weeks or so because it has paid off. 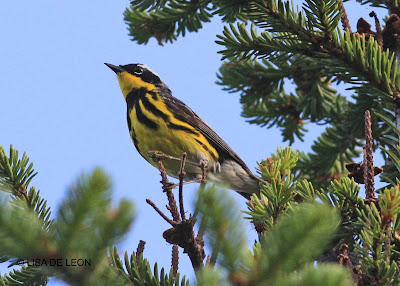 This change of pace has provided several special moments. One evening last week, I encountered three, possibly four, Magnolia Warblers in one area. These stunningly bright birds are captivating. It is hard to take your eyes off them, even though other birds are flitting around in the area. 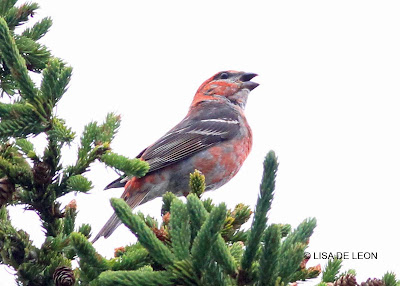 While I have seen several Pine Grosbeaks over the summer, the number seems to be down from last year. This male was singing an evening melody to which several birds danced. 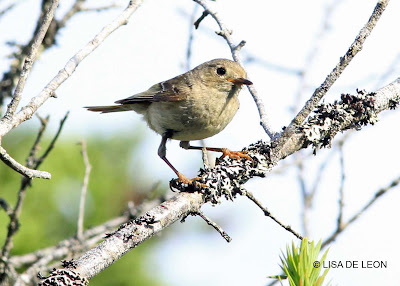 This curious Ruby-crowned Kinglet stopped by to see what all the fuss was about with the other birds. I think this one is an immature, mostly because the eye ring is not yet formed, and the coloring of the bird is off a bit. 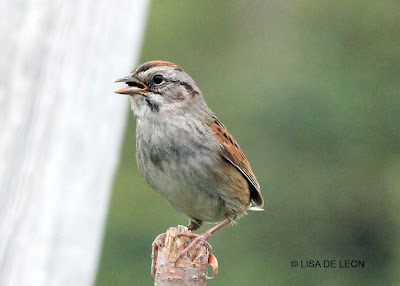 Then, there was this stand-out. This poor Swamp Sparrow lost its tail somewhere. 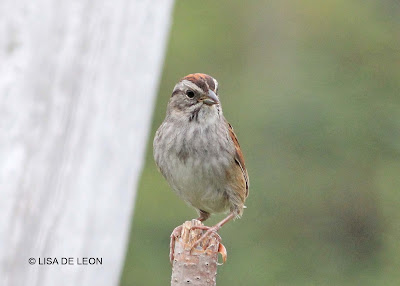 Nevertheless, it was still happy and active. It is possible it may regrow its tail if the source area was not damaged when it lost them. This could very well be the result of escaping a predator. It certainly has something to sing about. 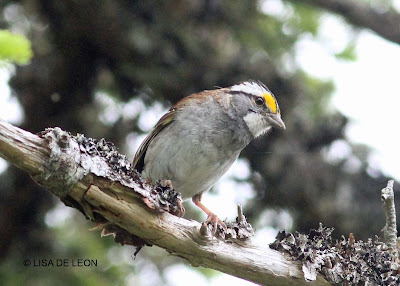 The White-throated Sparrows are plentiful this year. Most every place I go, there is one or more singing loudly. Unlike many other species, they have kept singing all summer. 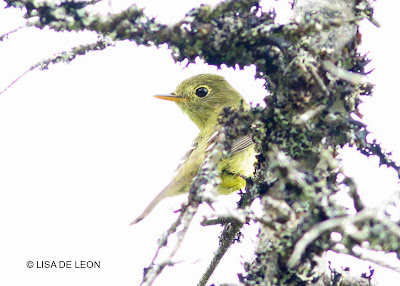 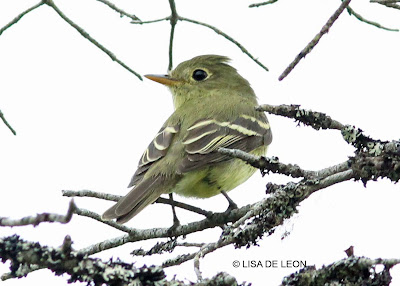 I was beginning to think I wouldn't get a close-up view of a Yellow-breasted Flycatcher this year. 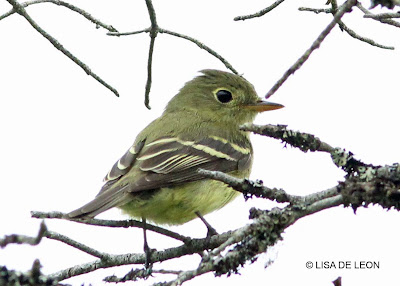 However, this one flew in and stayed long enough for me to really enjoy it. I have heard several Yellow-bellied Flycatchers calling during the summer, but they always seemed to be just behind the treeline and out of sight. 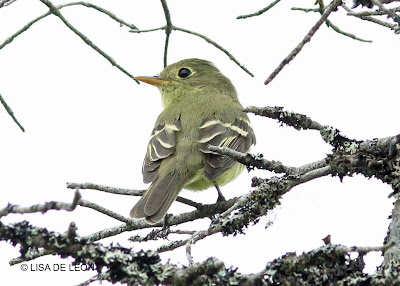 Evening birding has certainly been interesting. By around 4:30 or 5:00 p.m., the birds begin to move around again as they feed for the night and tend to stay active until just before dark. Often, the wind has settled a bit, and the flies have not been too bad.  AND, there is a cap on how long I can stay out, because the sun does go down. I just remembered I haven't written anything about my couple of night-birding experiences this year. Another story.
Posted by Lisa de Leon at 7:36 AM