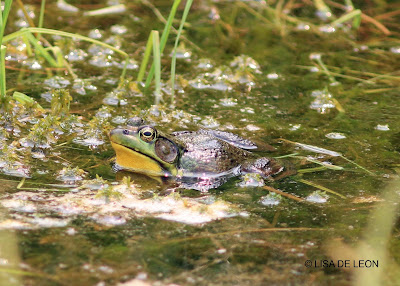 While bird song, for the time being, has diminished, frogs are singing loud and clear. In a ditch alongside Power's Road an army of frogs was croaking very loudly.  I had to stop to see if they were visible.  They were, plenty of them. This was my first time to really have a chance to watch them. 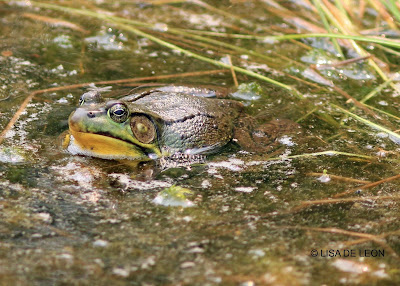 The frogs there were all of the same species.  I looked up frog species native to Newfoundland, but couldn't find a picture of this one. They look like Bullfrogs to me. However, I couldn't find any Bullfrogs listed in the frogs most likely found on the island. Once again, even with frogs, I am in a fog. 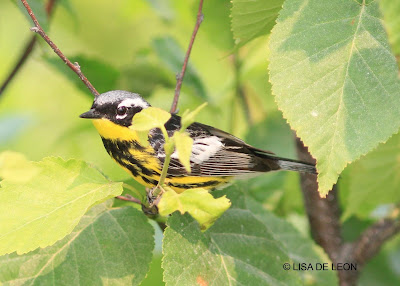 Birds were particularly quiet last week. As a result, I just stopped at several locations along the road even though the areas showed no sign of any birds. With a little patience, the birds showed up at every stop. One of the nicest ones was the Magnolia Warbler that crept up to me through the thick growth near the road. It got so close I had trouble focusing on it. 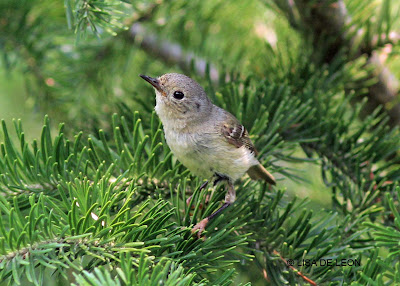 It seems the fledgling Ruby-crowned Kinglets are out and about. The young birds are very curious. 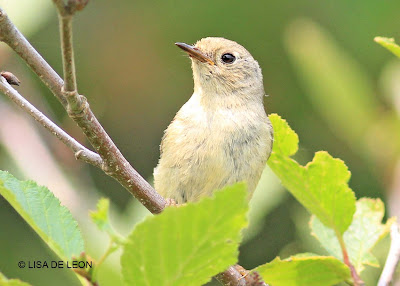 This one came in so close I had to back up to get this shot. 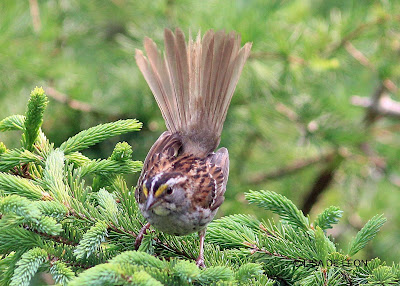 White-throated Sparrows have been consistently singing along Power's Road. However, most of the time they could be heard some distance from the road. This one swept in, flashed its tail and flew off again. It is the time of the year when adult birds are collecting food and protecting their young. With this, it is possible to see all sorts of interesting behaviour. 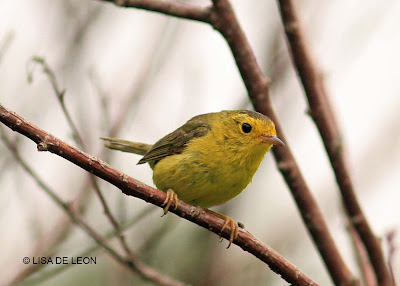 This Wilson's Warbler is most likely an adult female. The pale head separates it from the male. For a while, the Wilson's were everywhere. Now, they seem to be quieter, less visible and probably very busy raising their family. That is life-changing. 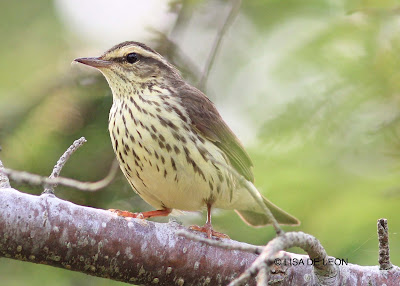 The Northern Waterthrush have been everywhere this year. There certainly seems to be an increase in their presence this year as compared to last. 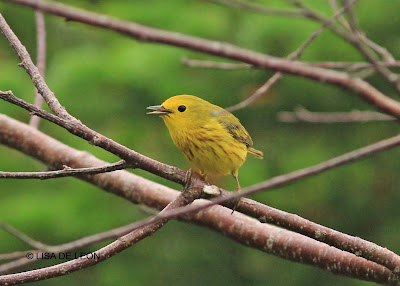 The Yellow Warblers were among the last to return to Newfoundland this summer, and they have been singing louder and longer than any other warbler species. I even have two singing regularly in my back yard. 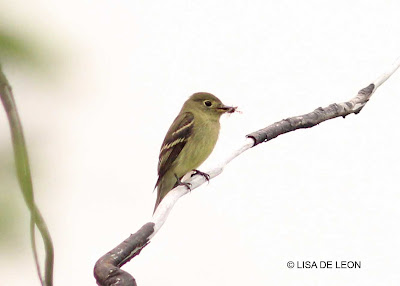 So far this year, I had heard two Yellow-bellied Flycatchers, but this is the first one I was able to actually see. Even though it was about 30 feet from the road, it was a good opportunity to have a good look. 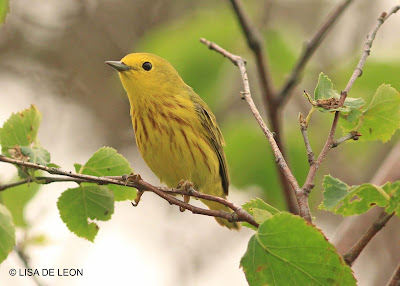 I will never tire at looking at the more common warblers in the woods. I just can't help but stop, look and listen. In the process it is also possible that a more uncommon bird sticking close to a group just might pop out. 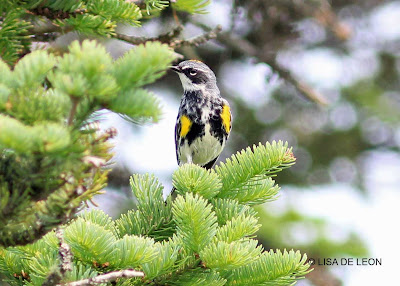 It seems a little late, but I haven't seen a Common Yellowthroat Warbler yet this year. Guess it is time to get back out there and look for one.

A Yellow-rumped Warbler, two Yellow Warblers, an immature Robin and a Cedar Waxwing dropped in to adorn my garden yesterday.
Posted by Lisa de Leon at 8:21 AM