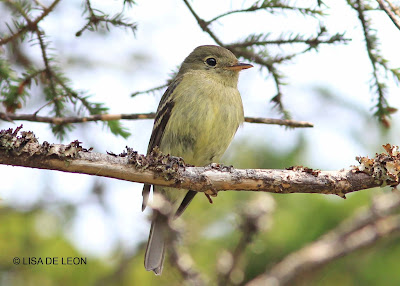 Recently, I took a hike along the East Coast Trail between Cape Spear and Maddox Cove. This is an area not to be overlook as I have seen a Blue-gray Gnatcatcher and Tennessee Warbler in this area. Of course, there are the many other common summer birds. 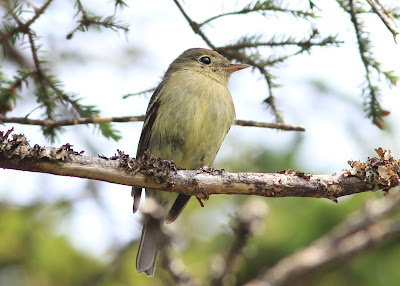 It was a quiet morning with very little foot traffic. This gave me the opportunity to really stop, look, listen and enjoy my time with a few birds who showed a lot of personality. 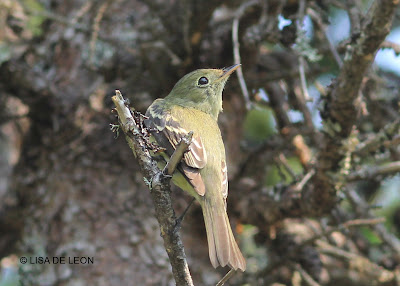 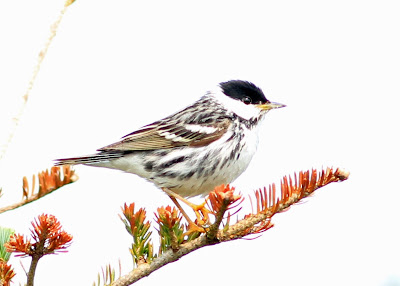 On the other hand, it is apparent the Blackpoll Warblers breed here. There are three areas that I know of where they are currently busy feeding and protecting their young. One is up the East Coast Trail, another is the gravel pit at the back of the trail near the bus shelter off Blackhead Road, and the other is along Power's Road. 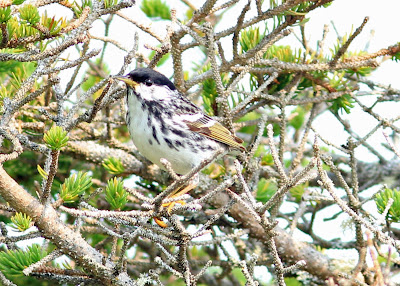 I'm sure there are more areas around, but I have watched the process unfold in two of the locations mentioned above. 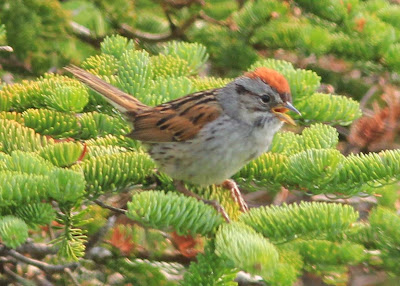 This plucky little Swamp Sparrow was not happy when I must have gotten too close to its young. It chipped its head off! 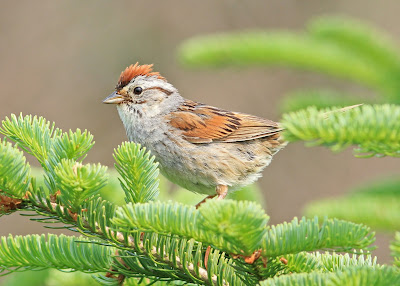 As I moved along the trail, this one kept tabs on me and continued to follow and scold me. 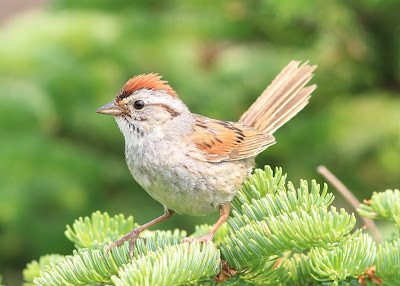 Despite their diminutive size, small birds stretch up and adopt a brave,  defensive stance to shoo away unwanted intruders. At last, this one could relax a bit as I moved out of its zone. 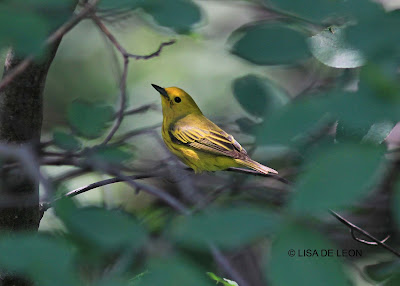 By contrast to the agitated Swamp Sparrow above, this Yellow Warbler was a picture of serenity as it perched in the cooling shade of a tree.
As common as all of these birds are at this time of the year, the pleasure of seeing them and then, watching them is still pretty high.