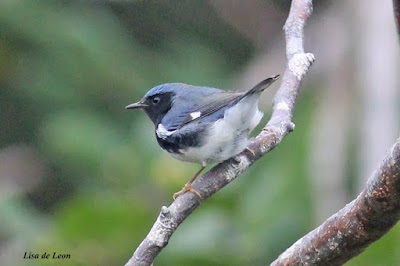 Focus, focus, focus brings surprise after surprise. Fall birding is like a white-knuckle drive: Every corner holds a surprise. What can be a nicer surprise than a stunning, male Black-throated Blue Warbler. 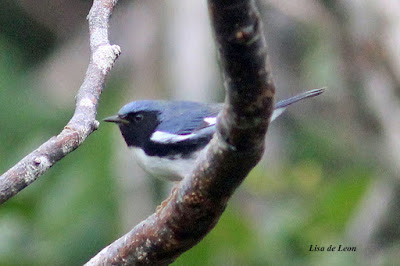 Following every sight and sound, Ethel Dempsey and I encountered all of these birds in just five hours of actual birding. How did that happen? Well, it takes concentration, eating on the run and taking care of nature when the opportunity arises. 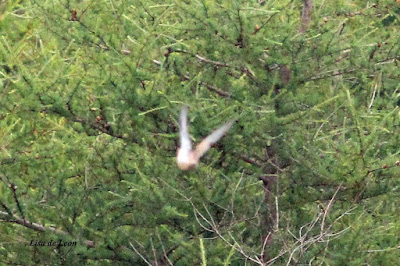 Being quick on the trigger finger nailed this Yellow-billed Cuckoo. As we started our walk down Renews Beach, a large bird flushed out of the grass. It was brown on top and white, very white underneath. Without this blurred photo as it quickly departed, we wouldn't have been able to ID this bird. 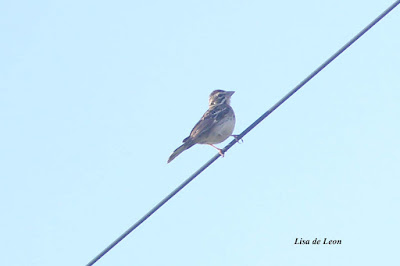 It takes checking out every bird, even the distant, small bird sitting on a wire. It just might turn out to be a Lark Sparrow. Then, it is gone. 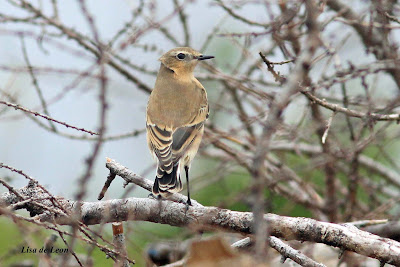 Then, there are the unexpected bonus birds. Walking through low brush in Renews unseated this beautiful Northern Wheatear. This was the best look I have ever had of this species both in flight and perched. 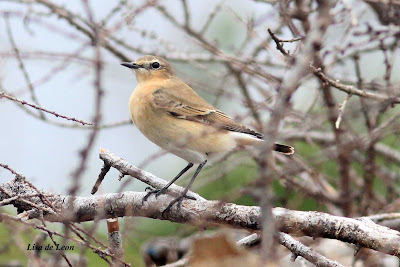 It flew into the top of a woodpile where it stayed for nearly five minutes. Awesome! 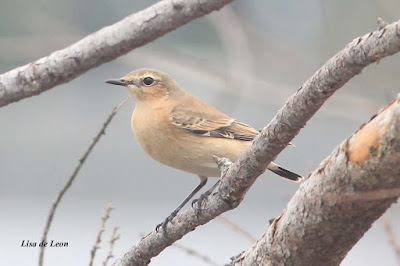 This was an example of going to an area to look for another previously spotted species and turning up something even better. 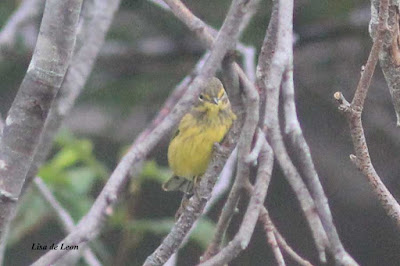 Mixed in with two flocks of warblers found along the way, two Palm Warblers appeared. These are both the yellowish race which most commonly appear in the East. 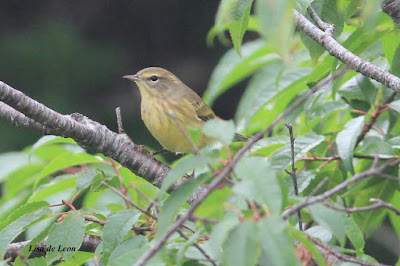 This one stayed around us for a long time, kind of like the Common Yellowthroat does. 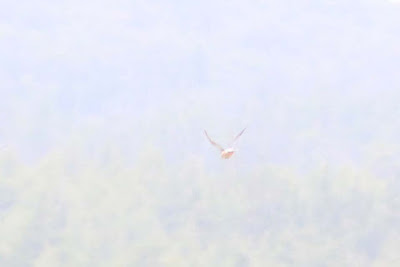 Another quick shot of a bird that whizzed past us on the beach netted a Merlin. One can't let down their guard when birding at this time of the year. Intent on seeing every bird I can and documenting it with a photo drives me to stay on the go when in an area known to be teeming with good birds. 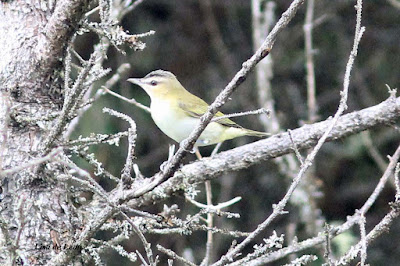 At most every stop, we encountered Red-eyed Vireo. They seem to be mixed in with every flock. It is one thing to find all of these birds, it is another to remain unobtrusive in their presence in order for them to stay around long enough to really view them and to photograph them. These are exciting times!
Posted by Lisa de Leon at 6:49 AM