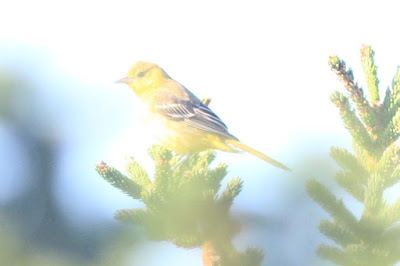 It was around 9 a.m. that I decided to walk the East Coast Trail beyond Cape Spear for the first time this summer. It was pretty quiet until I reached the edge of trees. 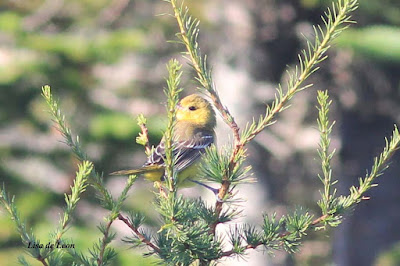 Within seconds I spotted the lemon-colored bird. With Baltimore Oriole on the mind, it was funny the bird I saw did not conjure up that Baltimore feeling. 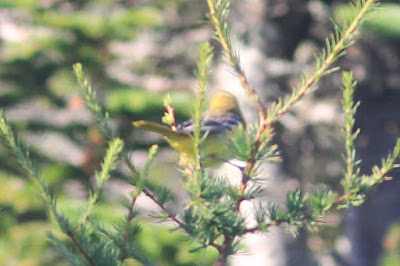 My first impression of this bird was actually a warbler. It was small, but not small enough to be a warbler. The beak was oriole-like but not big enough for a Baltimore, but too big for a warbler. Now I was confused, and the bird was gone. 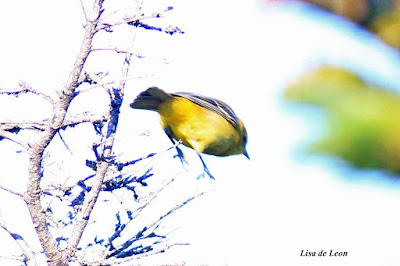 My photos were not giving me much satisfaction. What had I just seen? 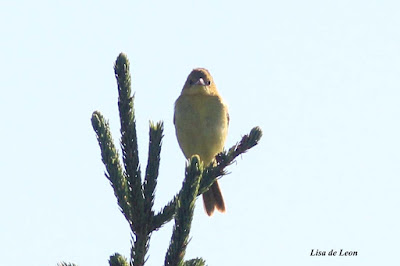 Determined to see this bird again, I walked the trail twice and then hung around the area where I had first seen the bird. I caught a distance glimpse of it flying farther back in the woods. 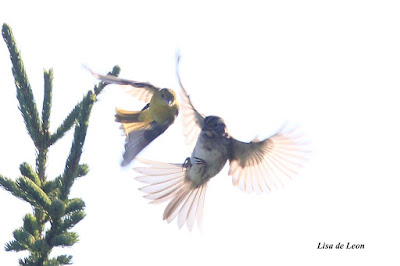 I sat on a rock and waited and waited. Slowly, it worked its way closer to me, and I was able to get a few more shots. I was still confounded by what I had seen, so I sent the pics for an expert opinion from Dave Brown. 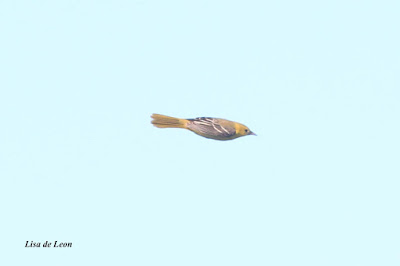 On my way out from Cape Spear my tire light came on. Another flat tire! Shoot! My birding for the day was done. Well, when word came that this bird is actually an Orchard Oriole, the stress of my flat was eased.