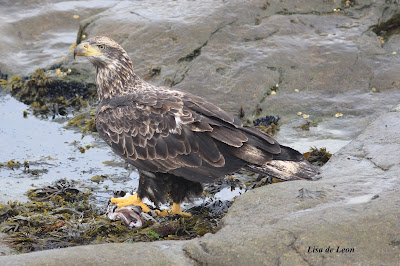 It is the time of the year when birding becomes exciting, a time to revisit many known hotspots looking for the elusive vagrants. Yet, every trip does not turn one up. 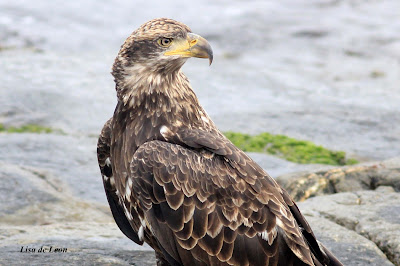 That doesn't make the outing  less engaging. Thee are always perks along the way. While checking shorebirds in Flatrock this great juvenile Bald Eagle flew in and just hung around on the beach. Watching the other birds react to it was almost as nice as watching the eagle. 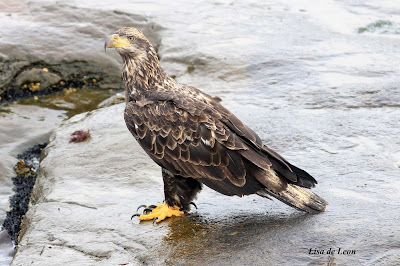 It is also a time for study. Yesterday, when I saw one Whimbrel sitting on the edge of the rocks at Cape Spear, it was obvious what it was. When it flew, two other shorebirds flew with it. With poor shots, I was trying to figure out if they, too, were Whimbrel. Checking Peterson's guide the Whimbrel is shown in flight with its feet projecting out beyond its tail. These two birds didn't have that. Sibley's guide, on the other hand, does not show legs in flight. As if many ID tasks are not complicated enough, the differences in the guides makes it harder. All three birds were Whimbrel. 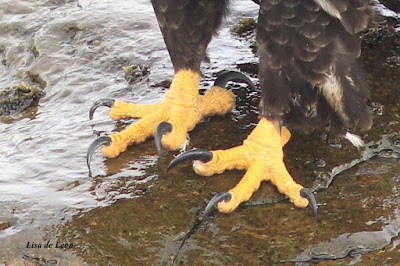 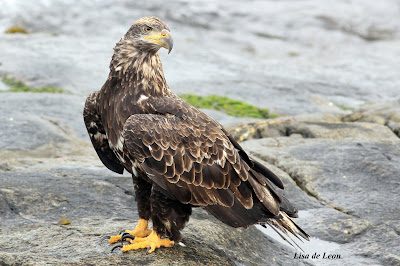 On to Goulds to check the field for other species of shorebirds that might be hanging with the American Golden Plover, I found one Black-bellied Plover among them. That, too, was rewarding. It doesn't take much to cause the senses to perk up and enjoy every minute of the search for the uncommon or rare species.
Posted by Lisa de Leon at 5:30 AM