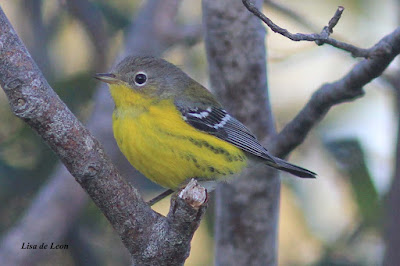 Early to rise and late to bed, it was a 15 hour day of birding and travelling. Ethel D. and I hit the road before dawn and were lucky not to hit one of the FOUR big moose we saw during the trip. 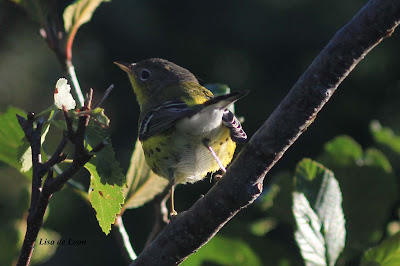 I have included only a sampling of shots from our experiences. We first started birding along the side of the road between Fermeuse and Renews. It proved to be quite exciting, seeing 11 species of warblers. I included this rear shot of this Magnolia to show the polka dots on the flanks. I have never seen this before. 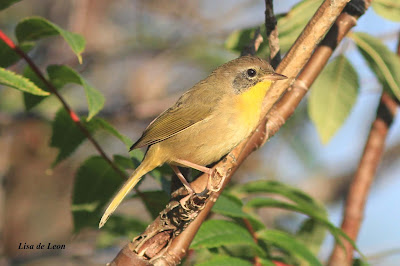 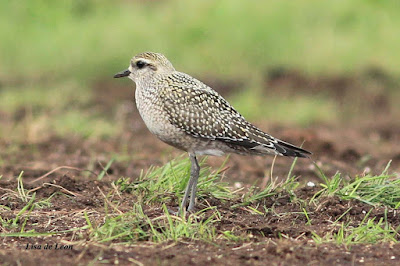 The most plentiful warbler of the day was the Common Yellowthroat. They were everywhere. 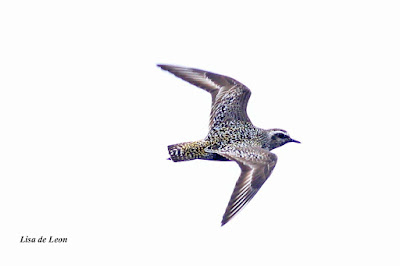 In no particular order, these shots were taken at locations birded during the day. 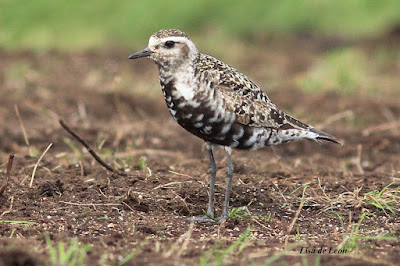 At the sod farm in St. Shott's, I got my best ever view of the American Golden Plover. Often, I see them later in the season when they seem to be identical to the Black-bellied Plover. 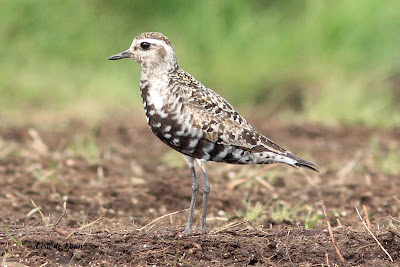 Not this time, there are still remnants of gold on all of these birds. 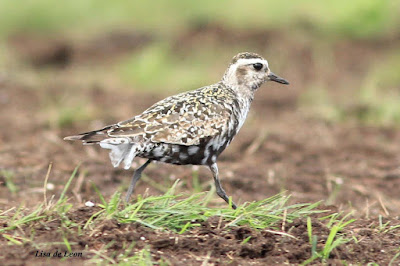 It is remarkable how well they blend in with their surroundings. If it weren't for a very helpful Northern Harrier that flushed these birds, we likely would have missed them altogether. 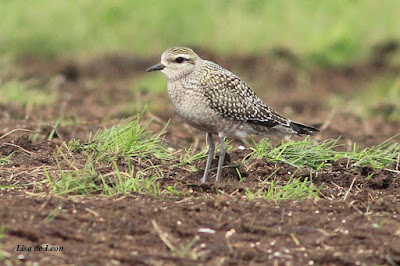 A couple of flocks of small shorebirds flew over but remain unidentified. 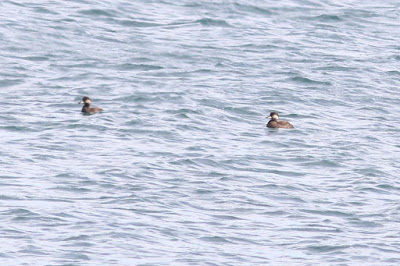 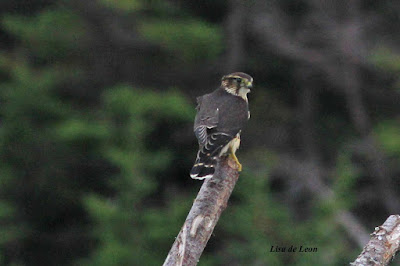 At Chance Cove Park, we found two female Black Scoters drifting along the shoreline. Also, at the park I was able to see my first Atlantis Flitillary (a butterfly). 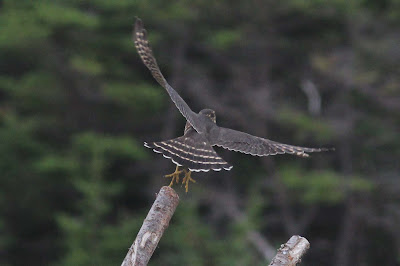 Back to the St. Shott's access road, we were quite surprised to find this Merlin perched atop a wood pile along the roadside. This was a bonus, for sure. 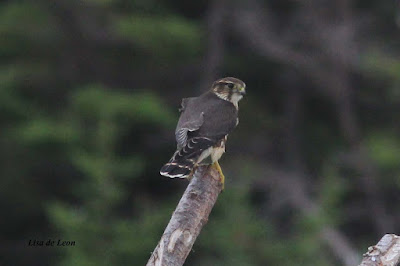 All along the way there were Northern Harriers, and two were just up the road from the kestrel. 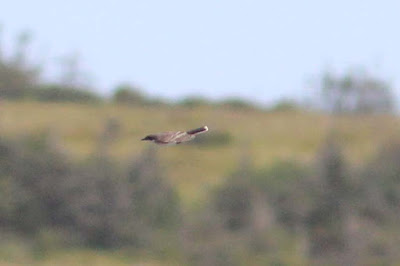 The bonus bird of the day was this Eastern Kingbird. Just as we were leaving Chance Cove, a bird flew in the field below us. I quickly snapped a shot. When I checked the camera, I was surprised to see what it was. 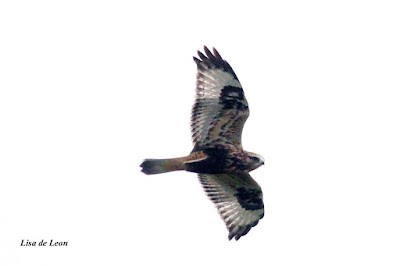 Having just seen the kestrel and harriers, we spotted a raptor along Cape Pine. Just in the road, we had the best views ever of an immature Rough-legged Hawk. It put on an amazing show as it was feeding. 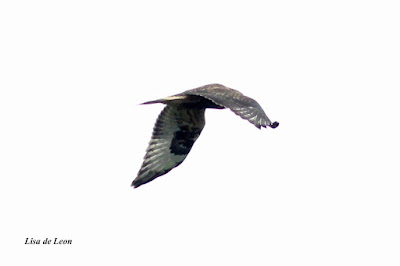 However, it still has a lot to learn as it came up empty-handed from every dive into the underbrush. 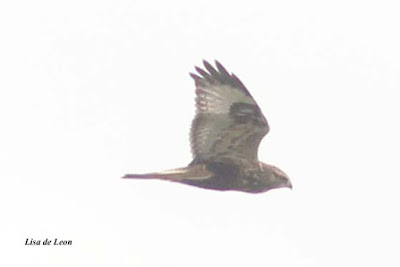 Nevertheless, he was tenacious and kept trying. I guess I share that quality with the bird: For the third year in a row, I tried to find the Baird's Sandpiper and failed. Hunkering down low on the beach to lessen the stress on the birds and to protect ourselves from the force of the wind, we sat for more than 30 minutes. The birds meandered closer to us, and I was SURE I got the Baird's. Learning I didn't for the third year, I have been flipping through the Yellow Pages looking for a good therapist.
Posted by Lisa de Leon at 7:18 PM