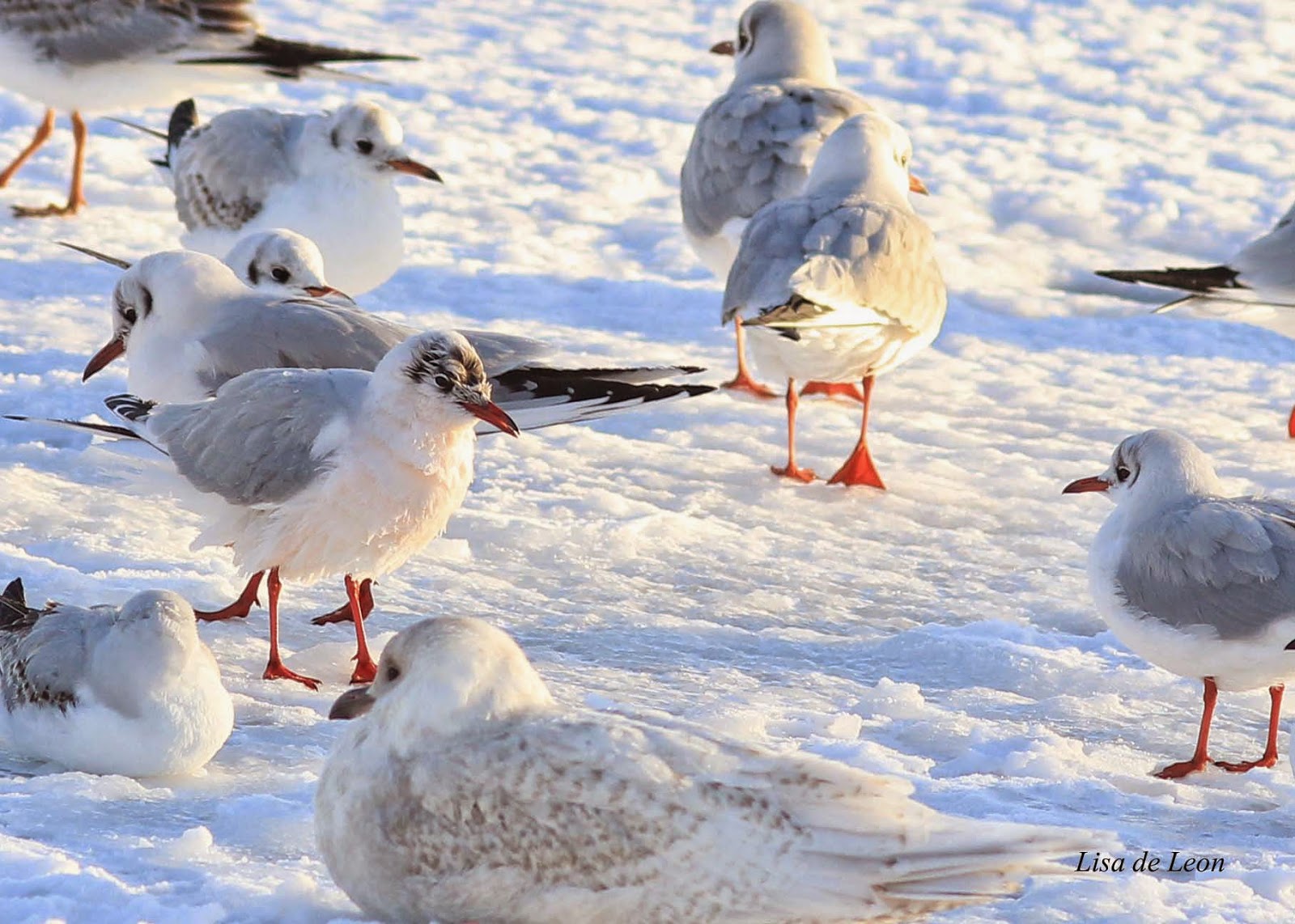 I don't always see a new bird when I make routine stops at "giving" locations, but I often see irregularities. When I pulled off on the side of the road at Quidi Vidi Lake, I spotted a small gull with a lot of color on its forehead. I had to get out to check it out.  It turned out to be a pink-bellied Black-headed Gull with what might be a bit of oil on its head. The feathers appear to be somewhat matted. 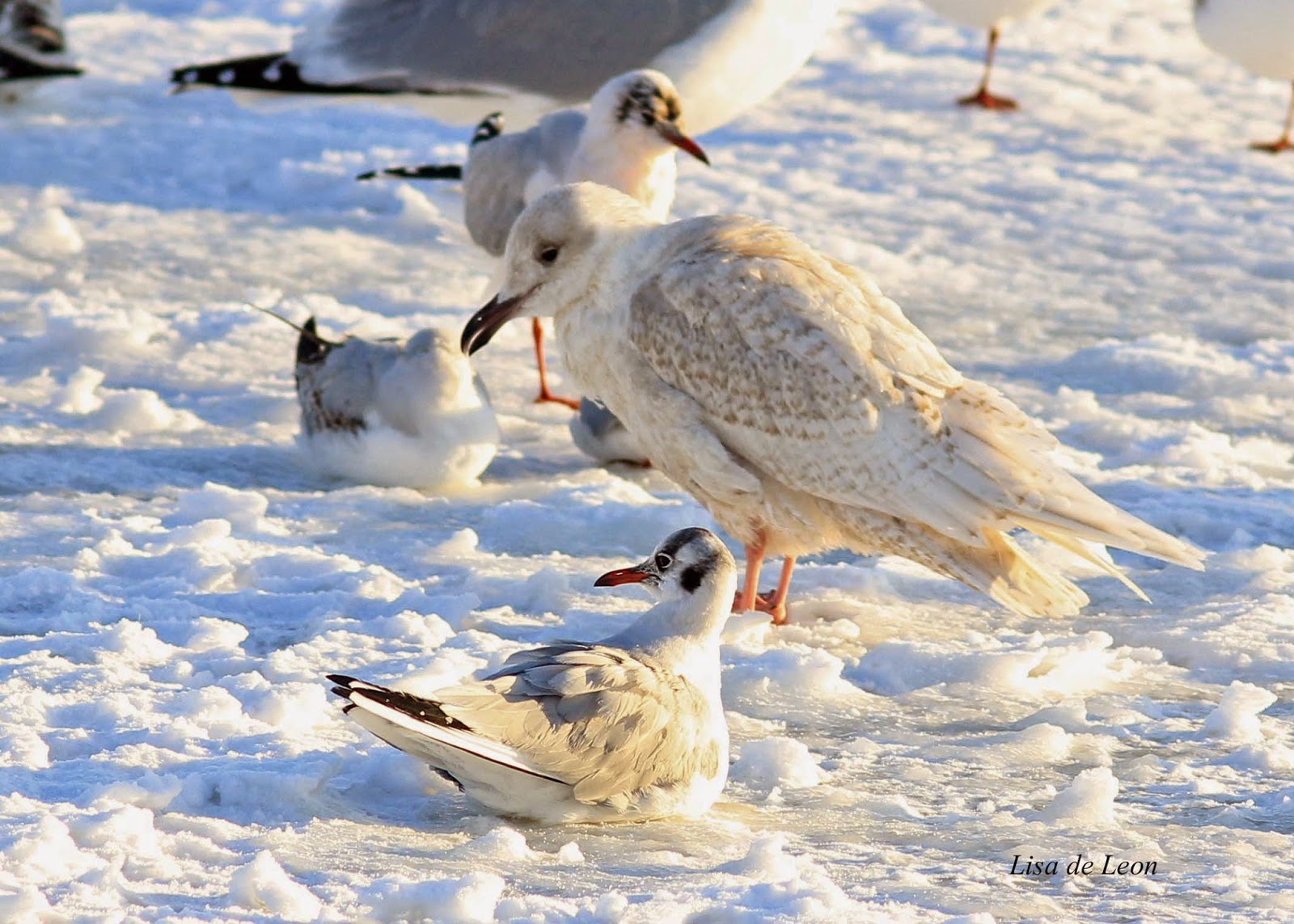 Nearby, I found a Black-headed gull that is further along than most in the transition to Spring plumage. Looking over all of the small gulls, it is really remarkable how varied the head markings are. 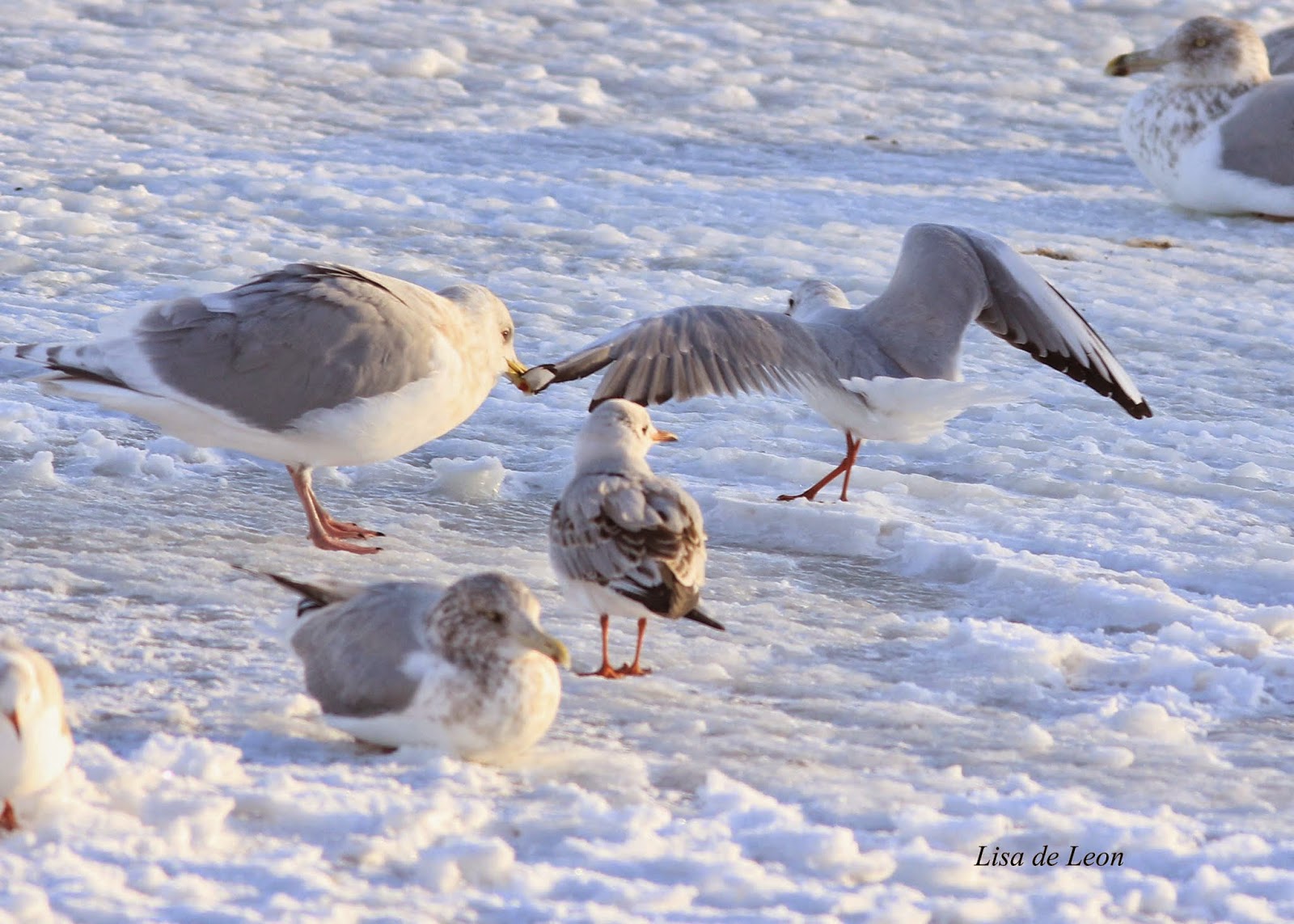 While enjoying the sights at the lake, the calm was shattered by this bully Iceland Gull who for no reason at all jumped up and grabbed the wing of a Black-headed Gull. He hung on to the little bird for about 30 seconds before it freed itself. What was that all about? 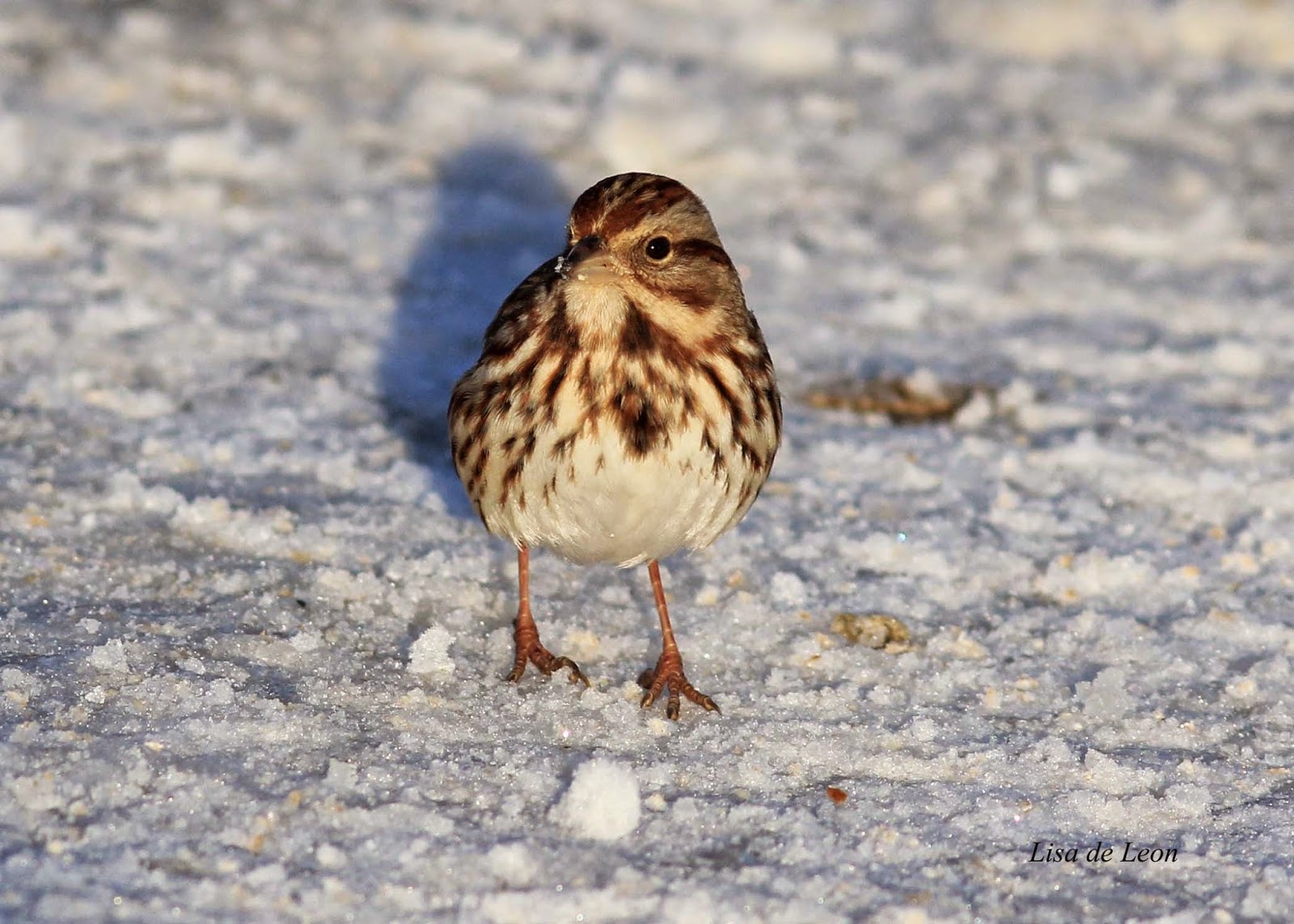 At the Virginia River outlet, I was surprised to find FIVE Song Sparrows picking at the seed in the parking lot. Two immature Bald Eagles were at the far side of the lake working on a late breakfast, and the usual flurry of gulls and ducks were bathing in the small swatch of open water. Nope, no rarities were present, but plenty of enjoyment was derived from watching and experiences the little, unexpected surprises unfolding before me.
Posted by Lisa de Leon at 12:18 PM