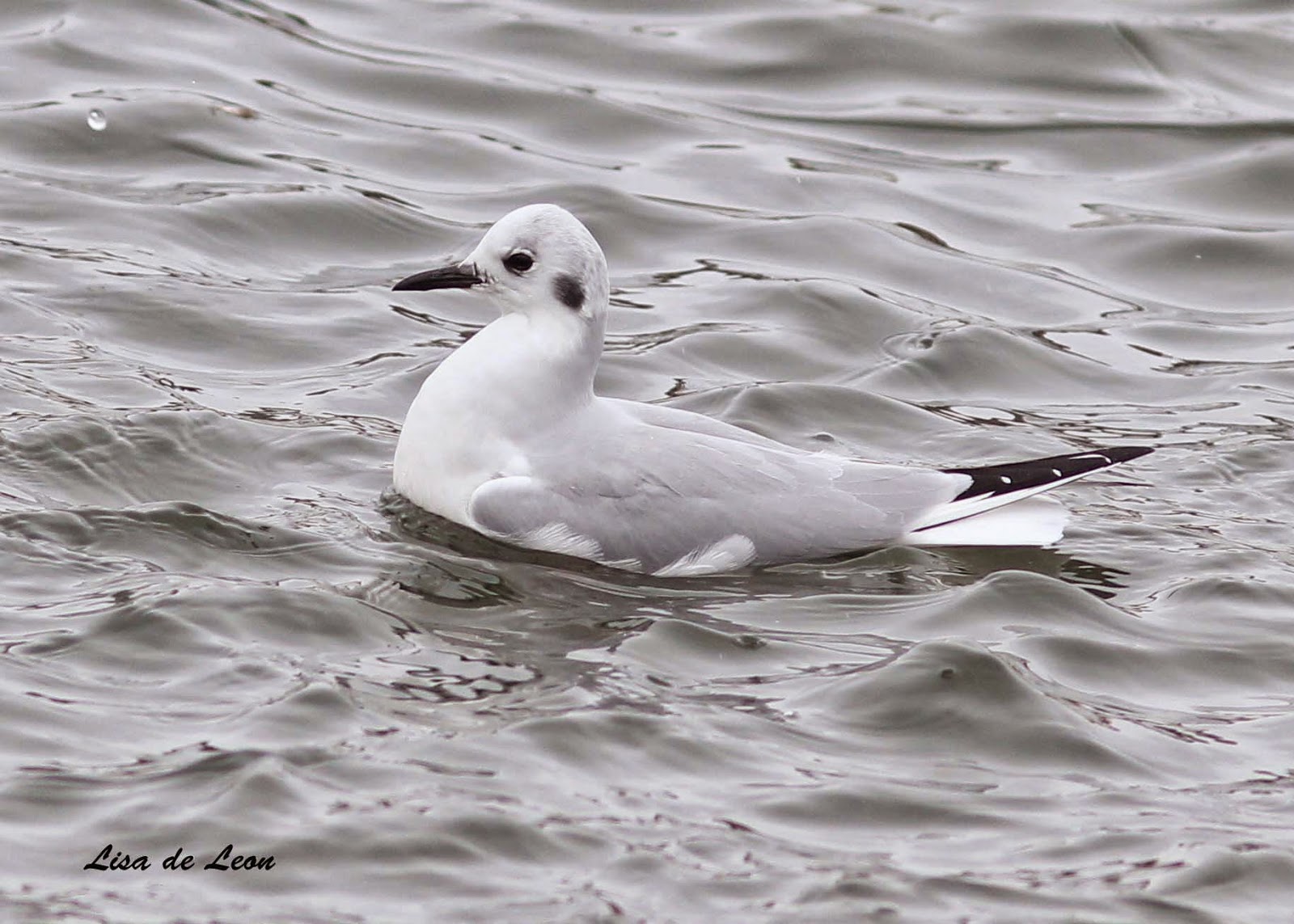 While standing along the west end of Q.V. Lake having a chat with Dave Hawkings, in blew this Bonaparte's Gull. 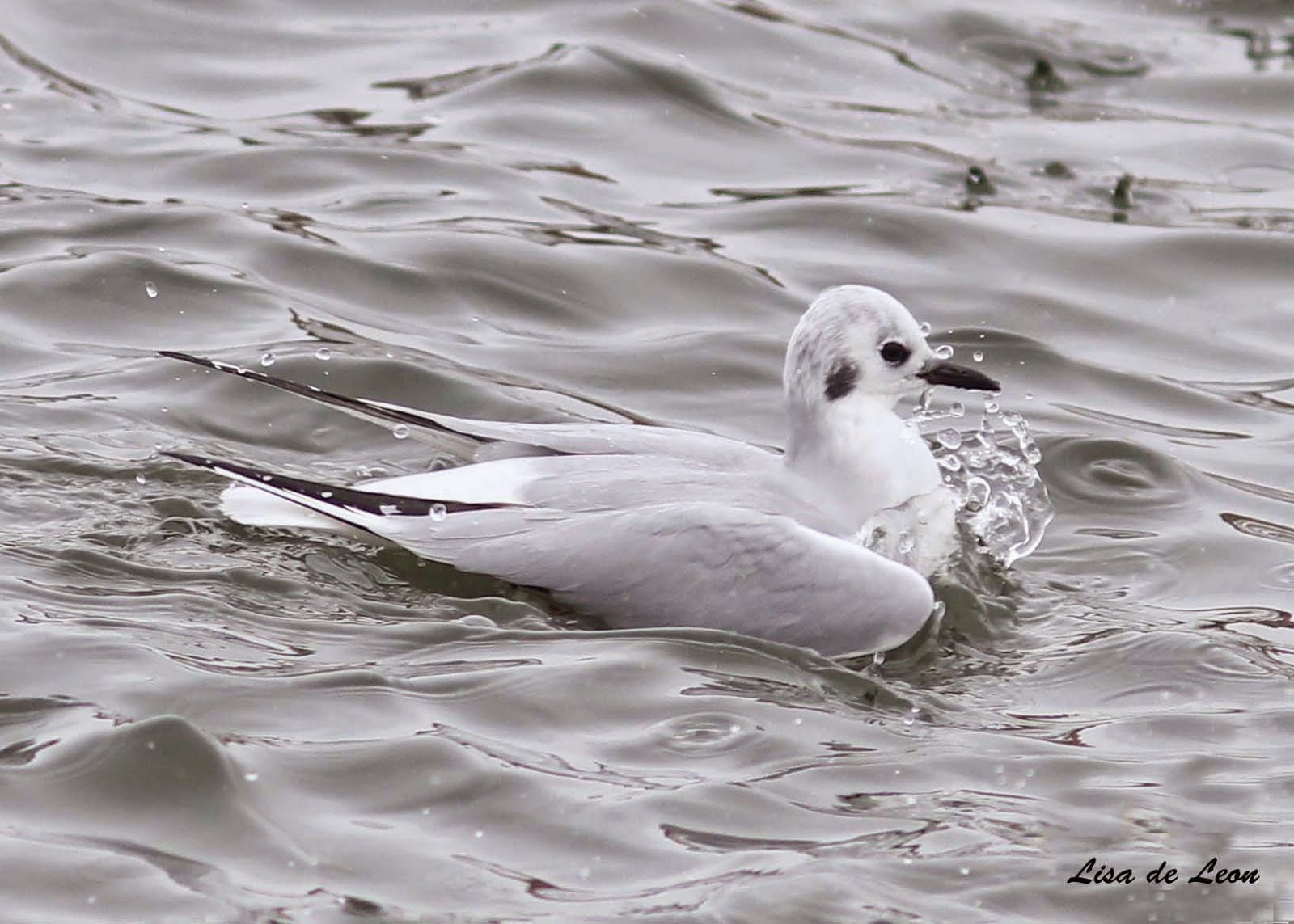 It made quite a splash. For at least five minutes it washed itself from head to toe. Had it just come from the salt water wishing a fresh bath? Who knows? 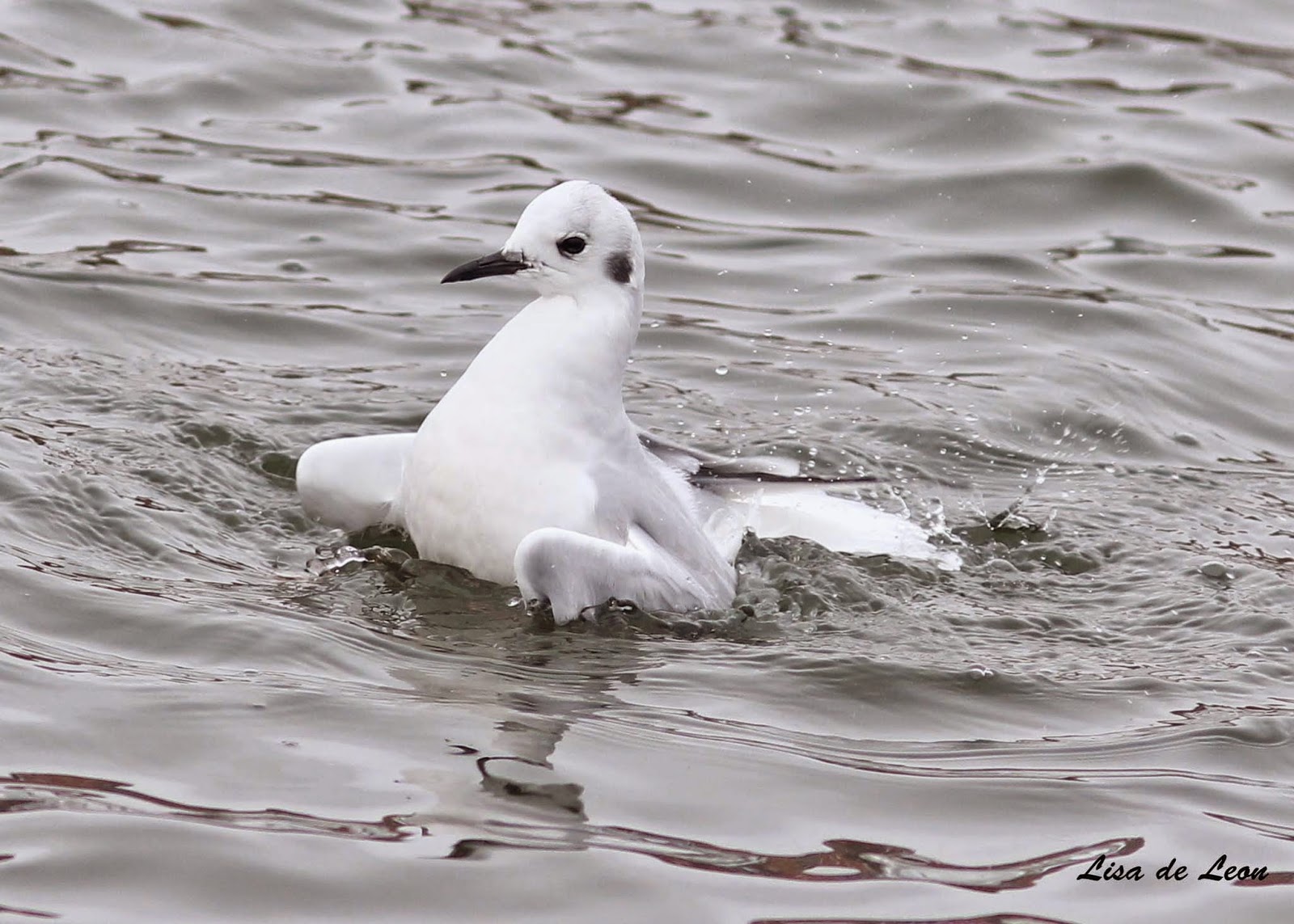 It was, indeed, a spectacle as it put on a big, wet show. It was hard to take your eyes off of it. 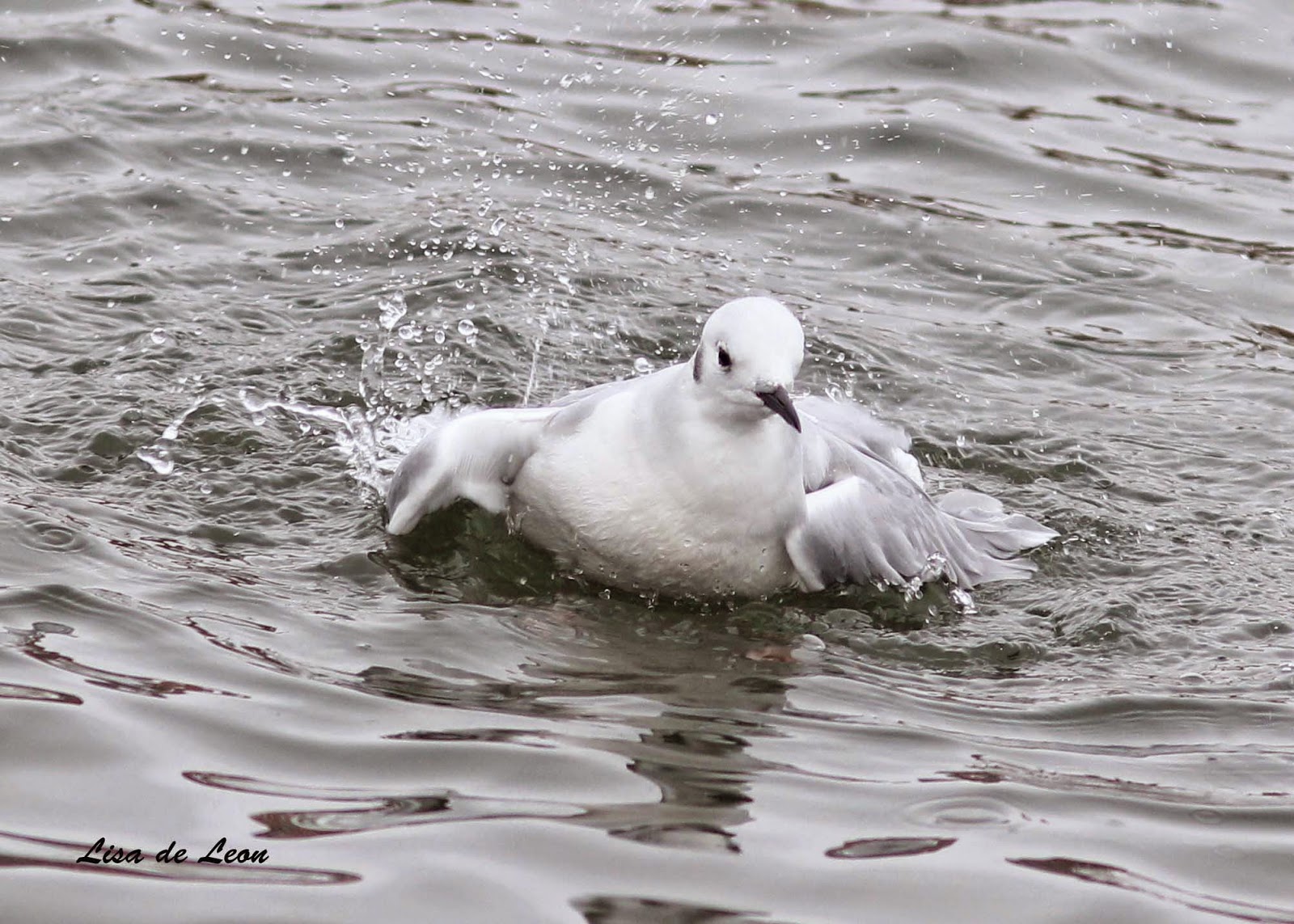 This species of gull is known breed in Alaska and west and central Canada. During the winter it should be anywhere in the northern U.S. to Mexico or Cuba. Yet, year over year, a Bonaparte's Gull or two show up in St. John's, Newfoundland. 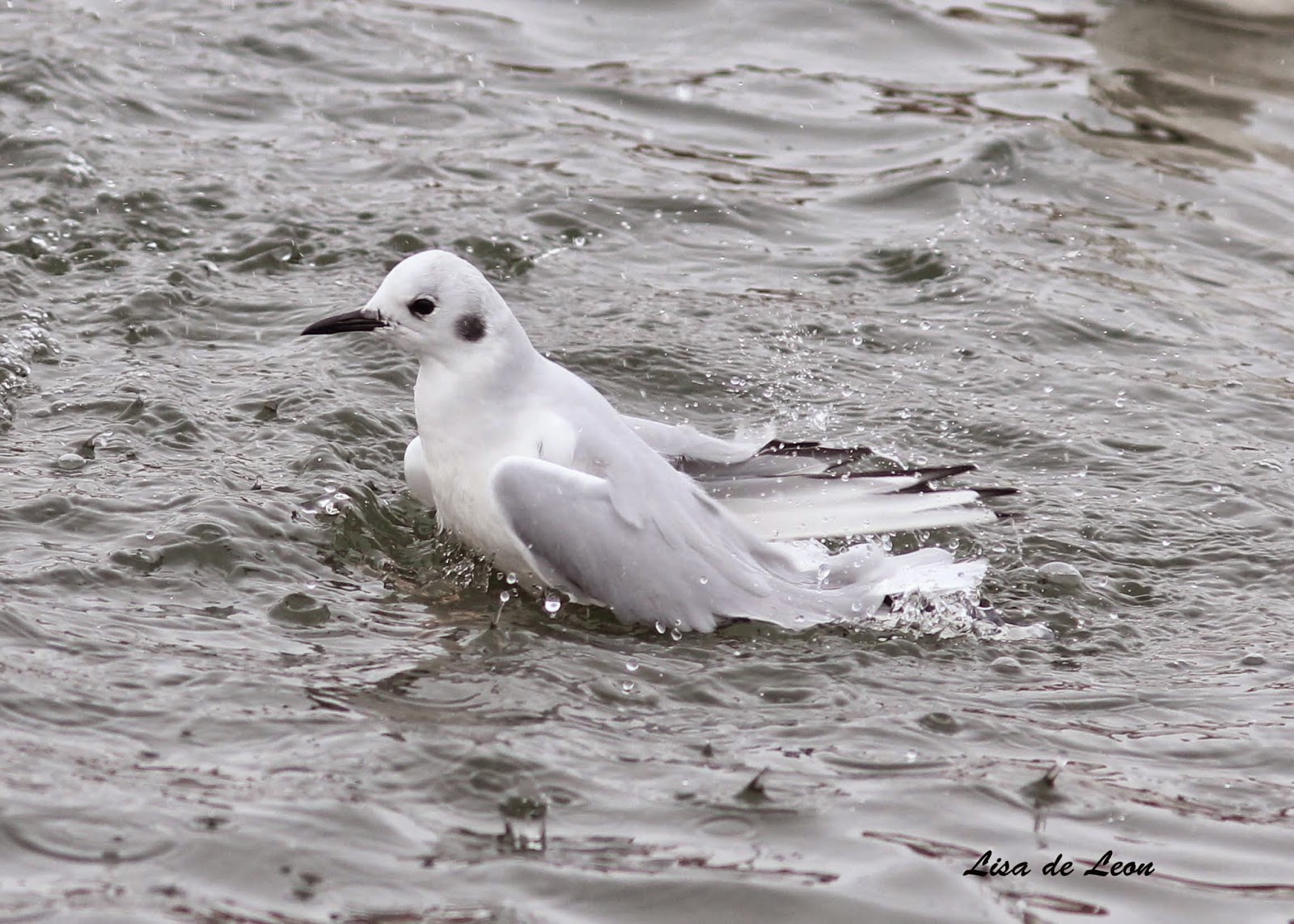 It is a welcome visitor! 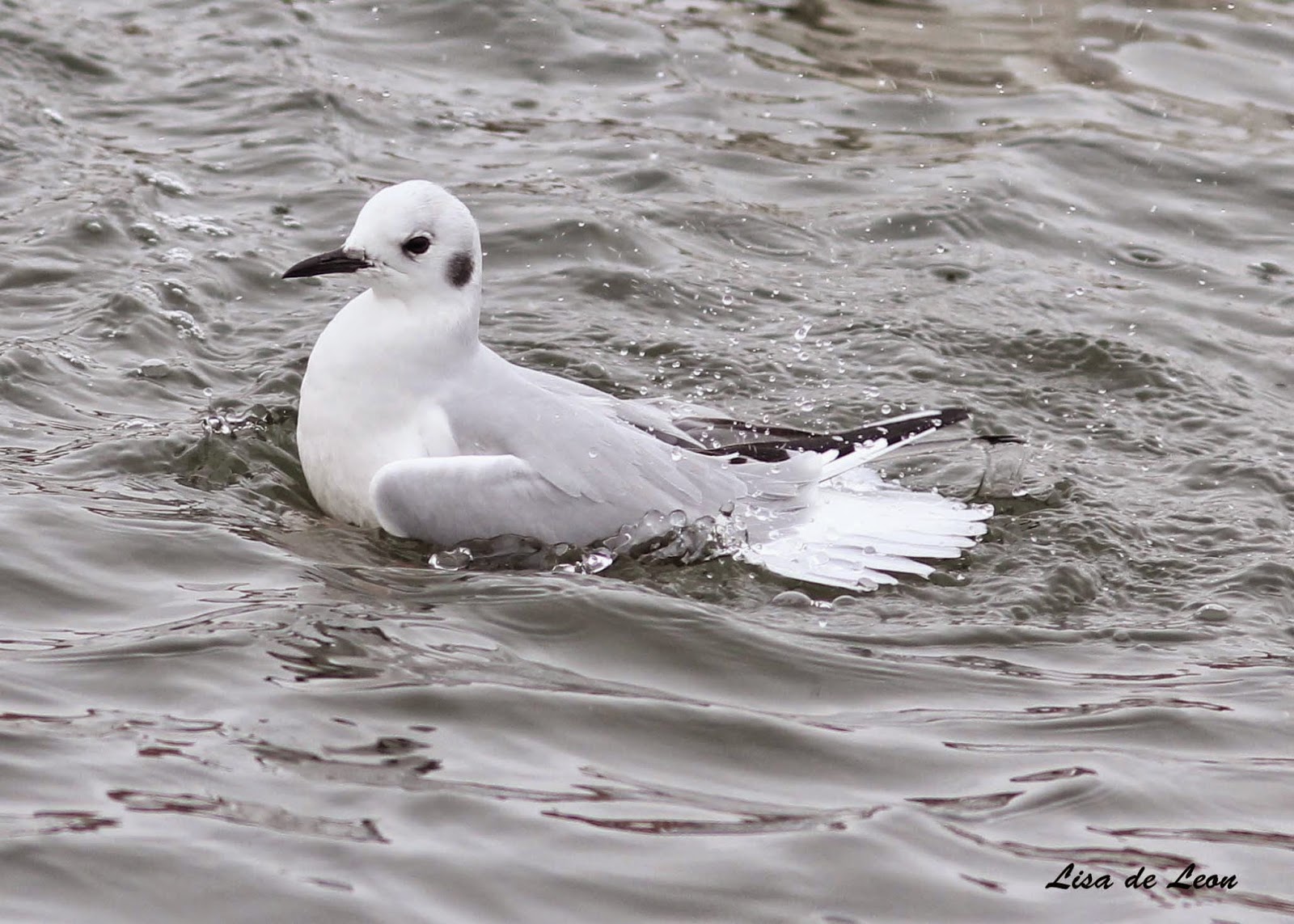 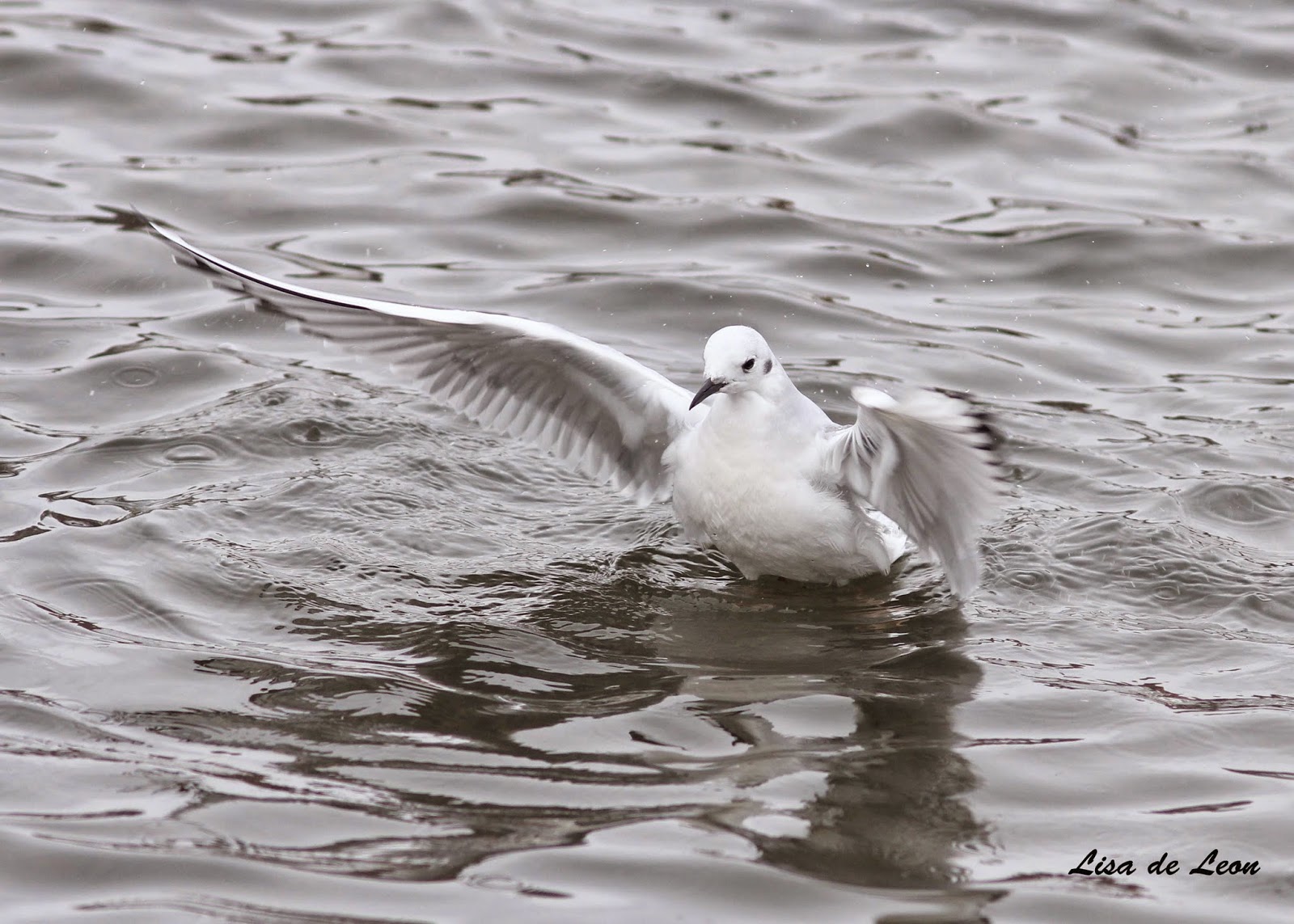 Once clean, this gull flapped its wings a bit, seemed to try to dry them and then lifted off to go to the ice. 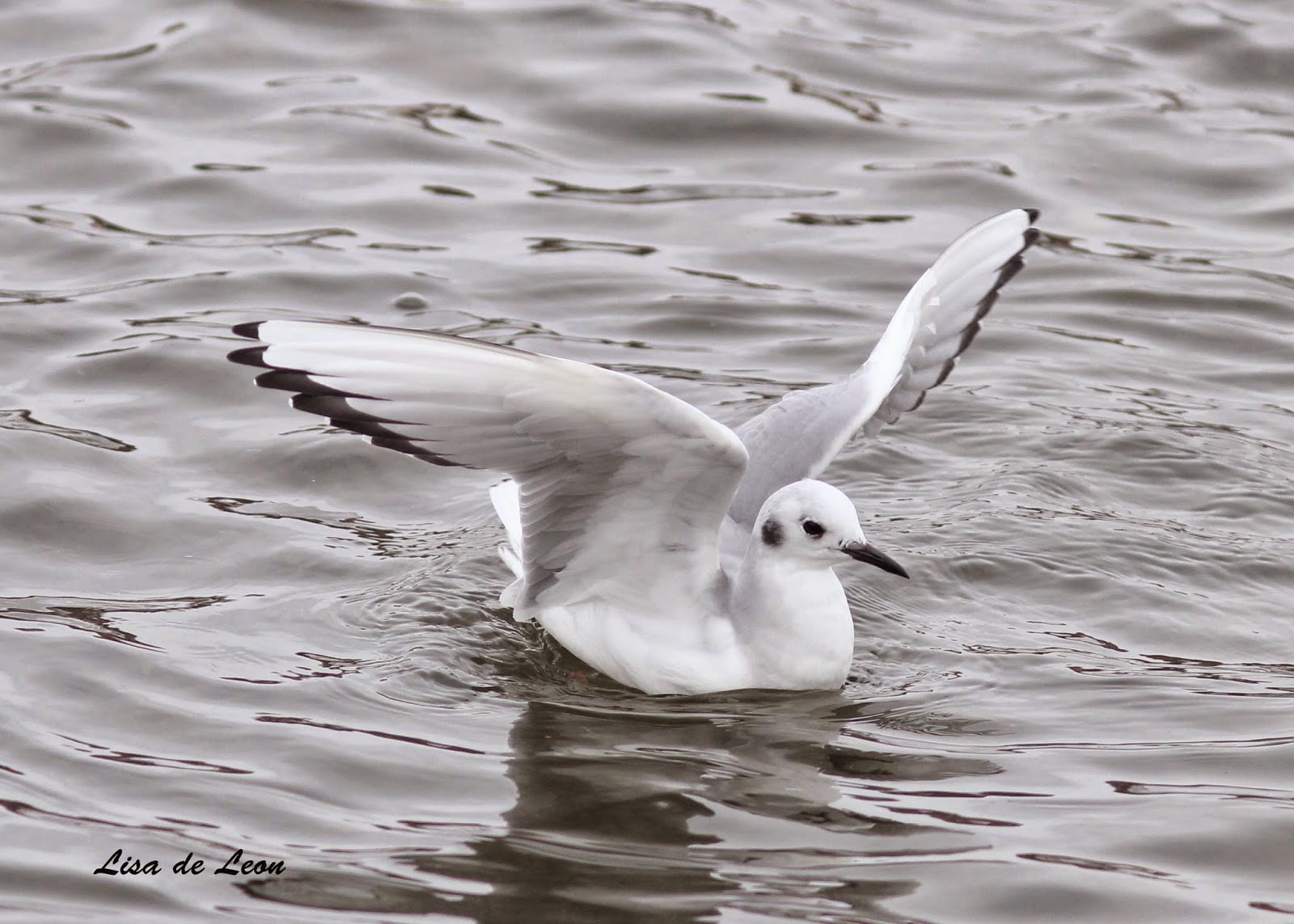 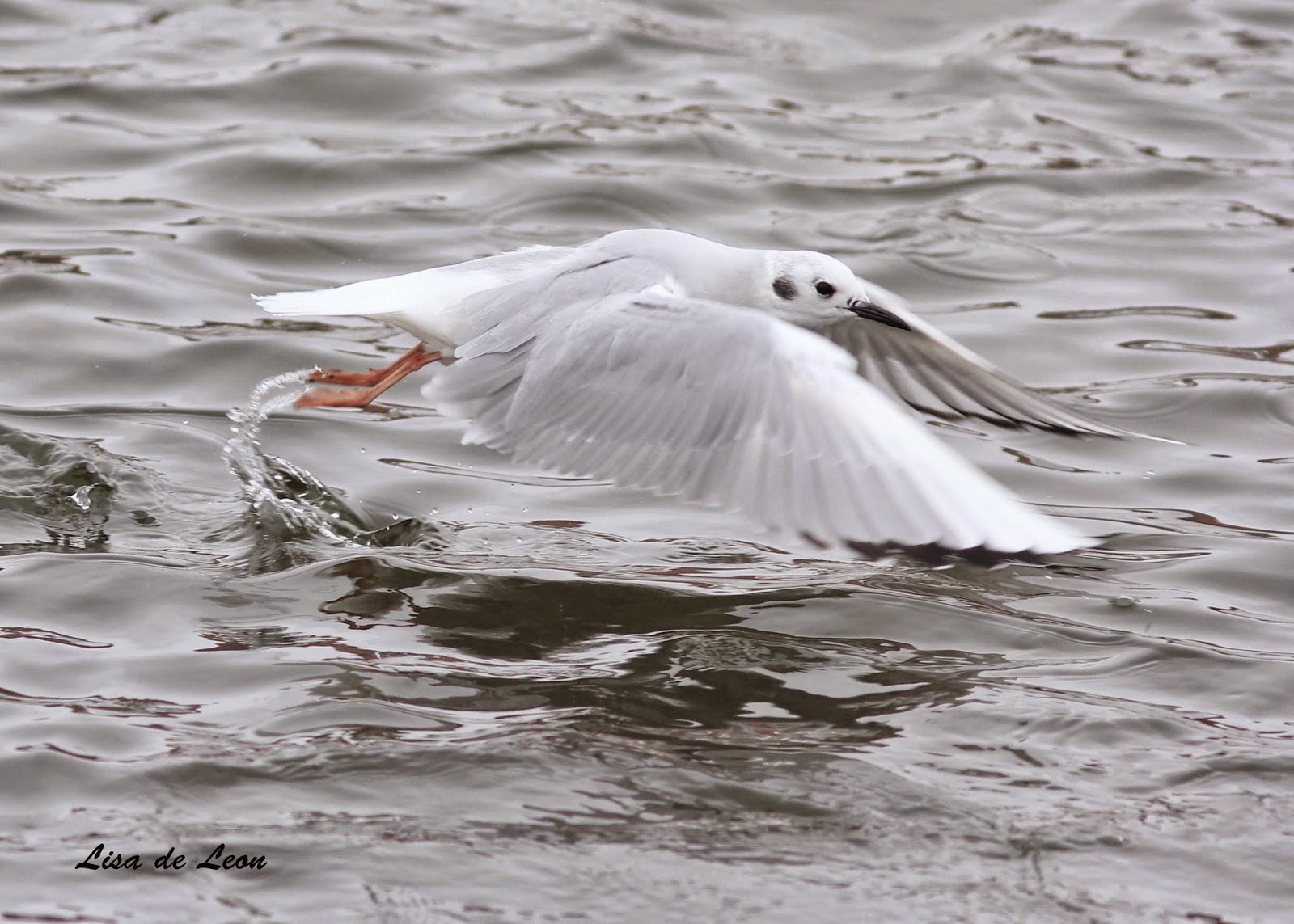 This bird doesn't need much running space to get airborne. One hop, and it was up. 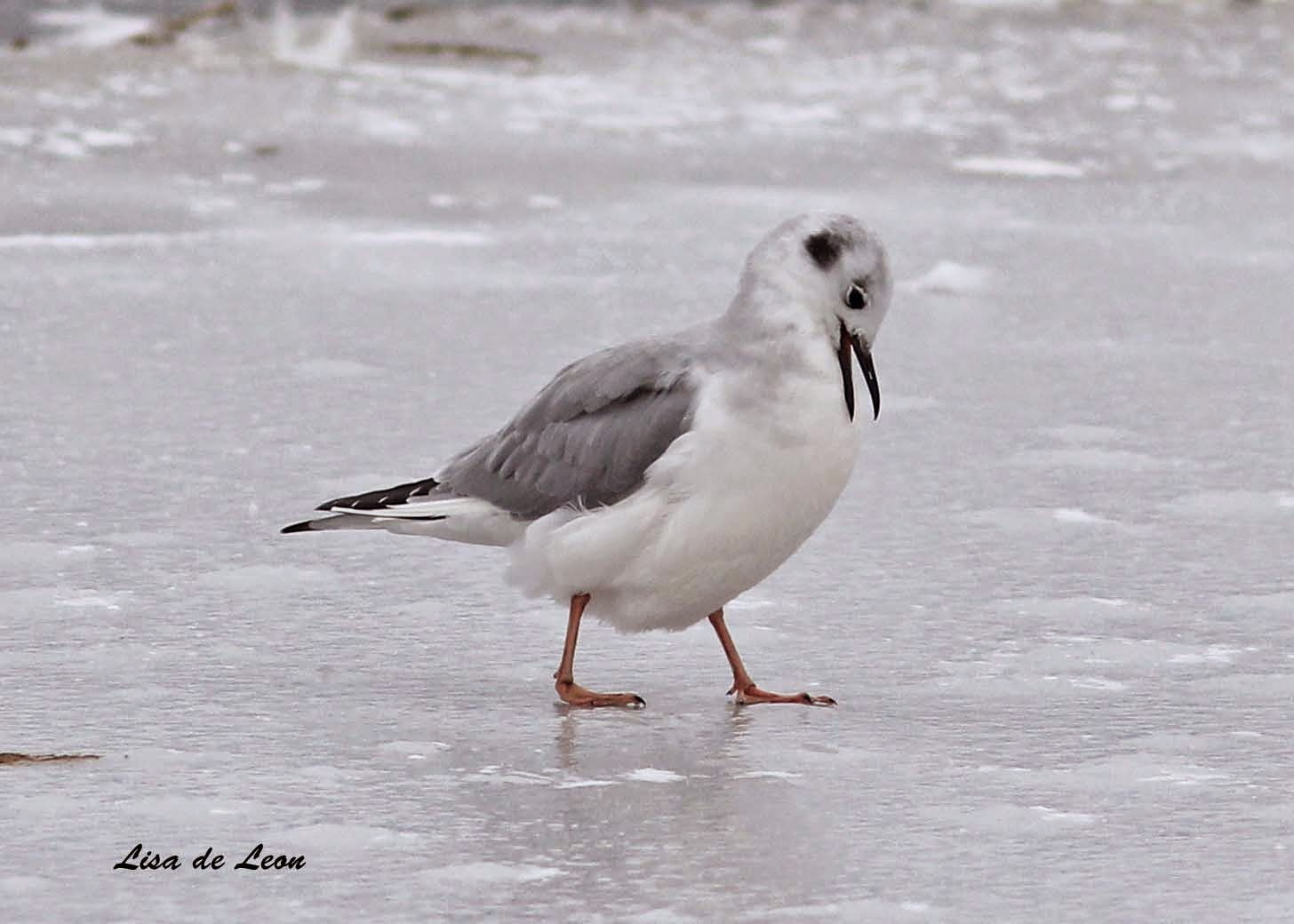 On the ice it continued to spruce up before moving in with the flock of Black-headed Gulls. 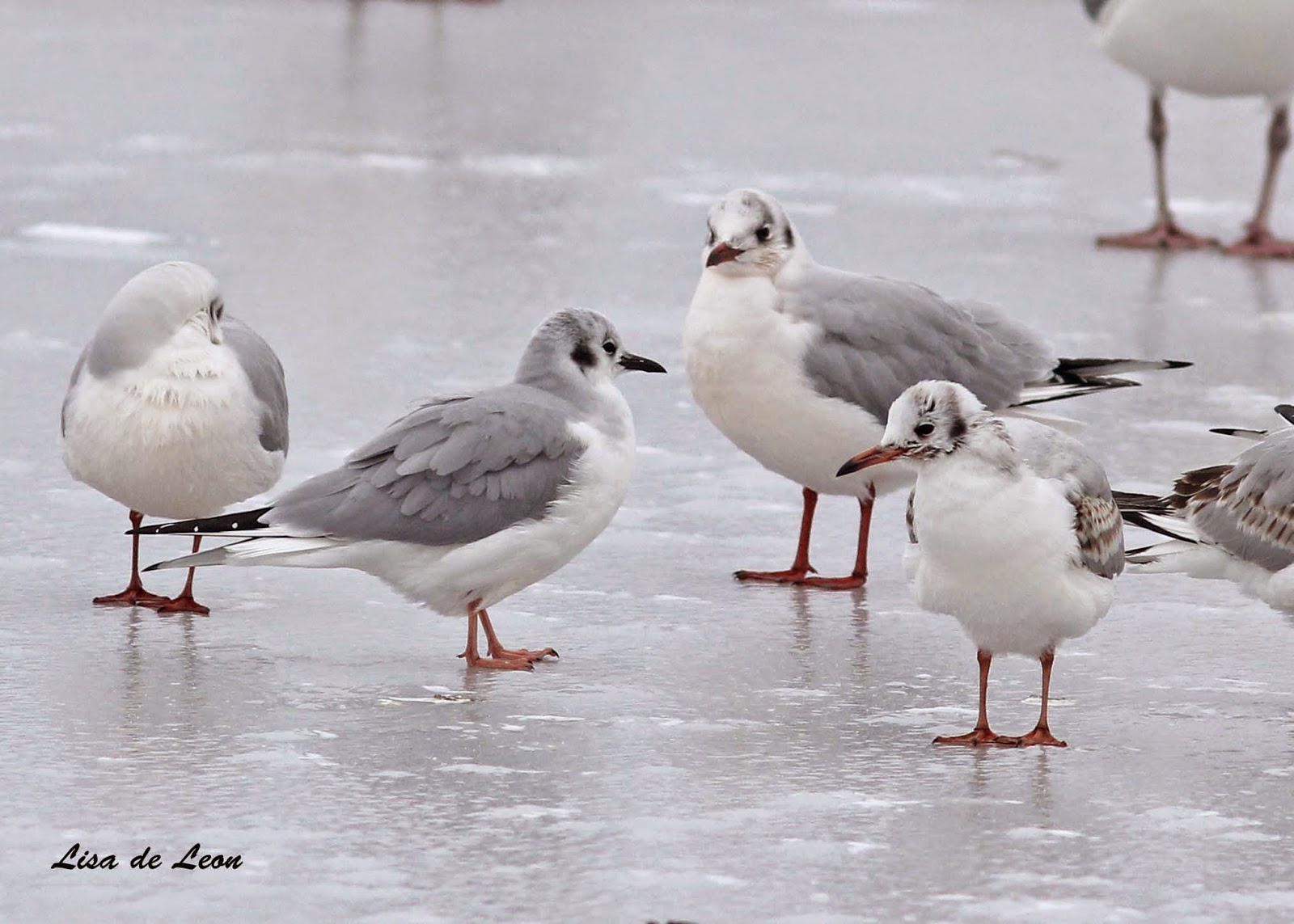 I included this shot because it illustrates a couple of good comparison field marks to help new birders to identify it in the flock. Often times, the most distinct feature (the black bill) is tucked in when it is resting. Nonetheless, it is still possible to ID this bird without seeing the bill. The Bonaparte's is 1" to 2" smaller than the Black-headed Gull. In the center of the shot is the Bonaparte's. To its left is a Black-headed Gull on the small side, and to its right is a larger Black-headed Gull.

Note the shorter legs on the Bonaparte's Gull and the lighter leg color. Pick out the smallest bird in the flock and look it over closely. It may be the Bonaparte's.
Posted by Lisa de Leon at 7:34 AM