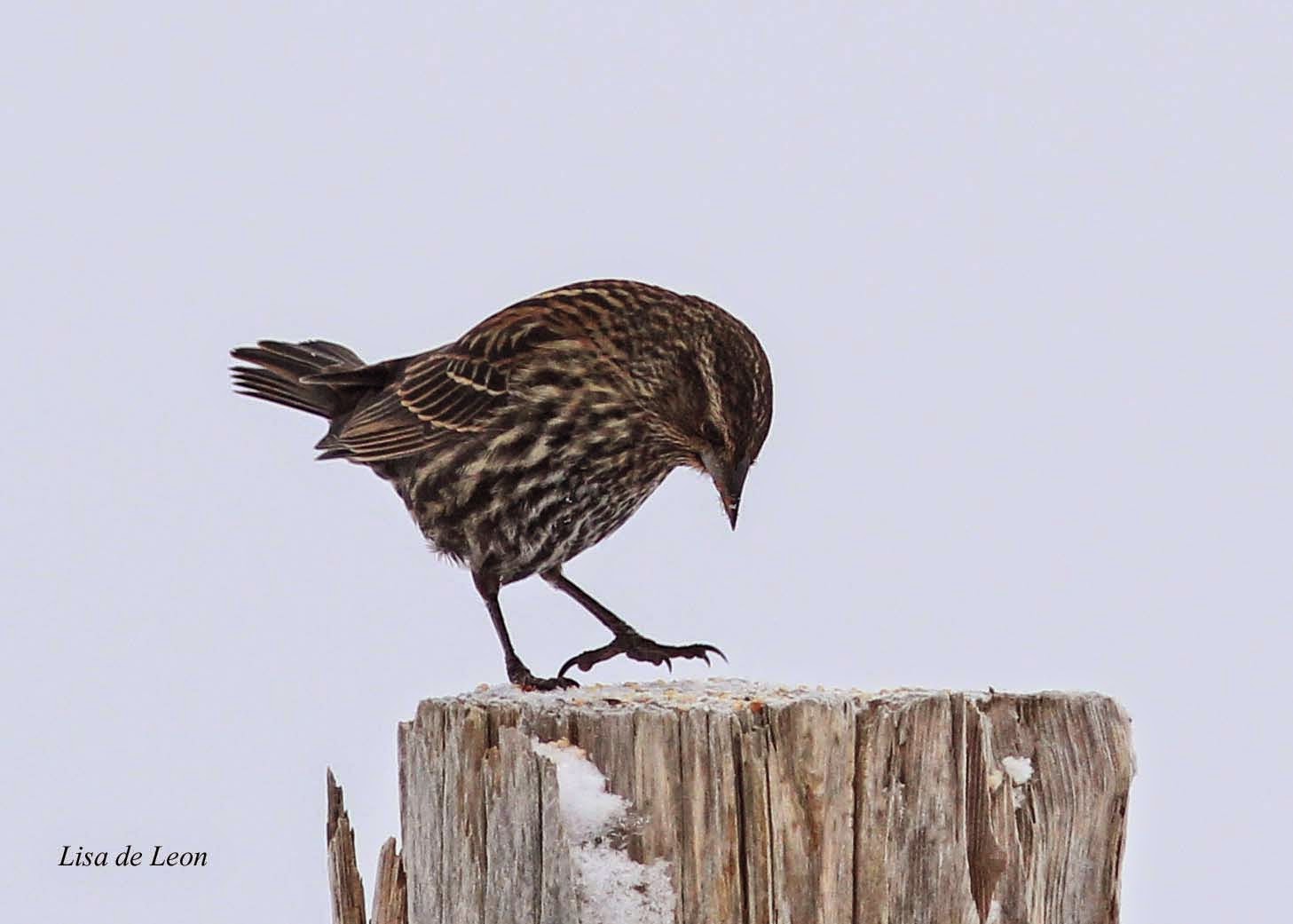 In Arkansas, Red-winged Blackbirds are as plentiful as ants at a picnic. There is such a big difference between the male and female of this species it is easy to miss the ID of the female. 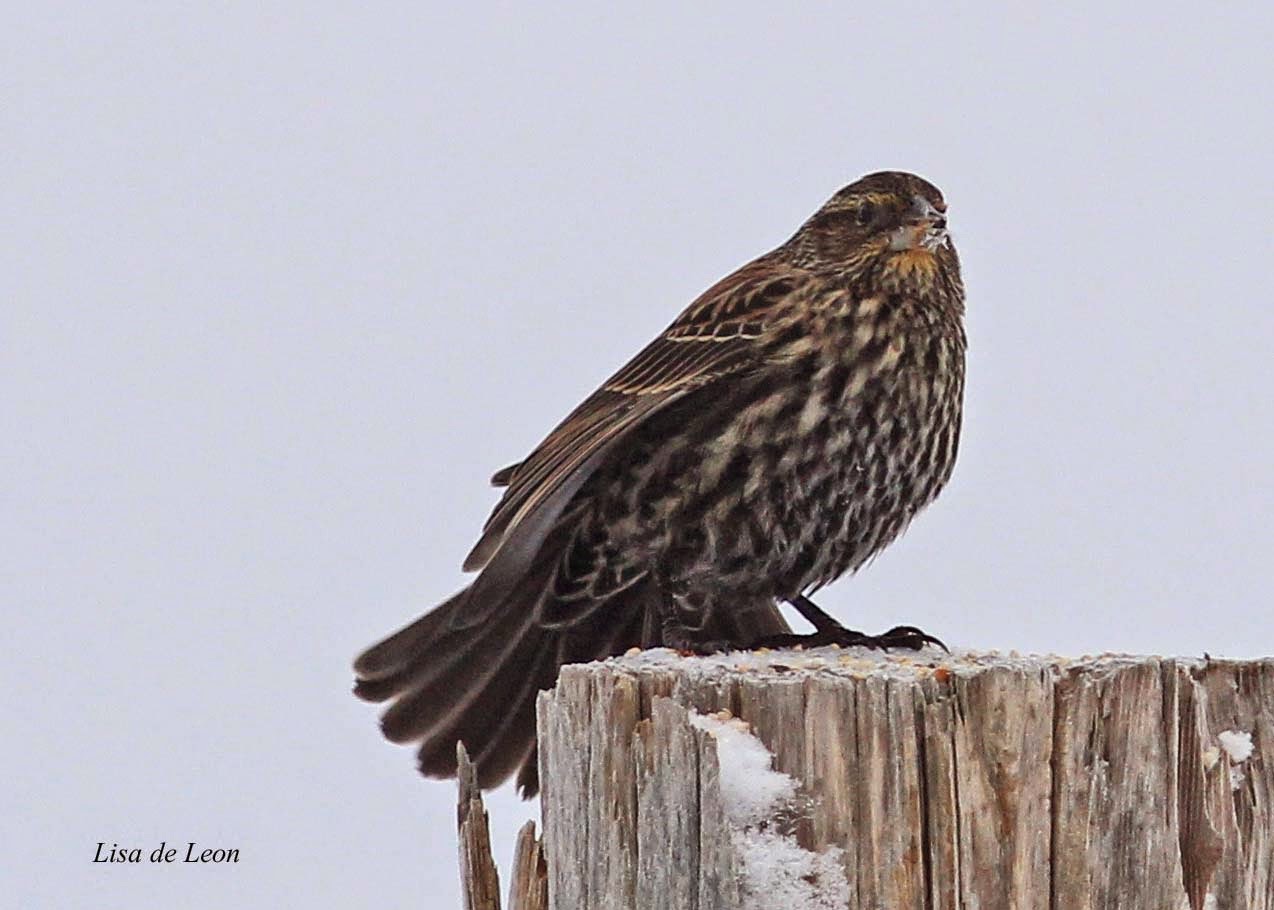 I first encountered a female Red-winged Blackbird while walking along the edge of a Cyprus swamp. Torn between scouring the ground for snakes and looking at the bird, I chose the bird. It flew right in and landed at eye level in front of me. Back in 2010, I had no idea what it was. I know I would do better now. 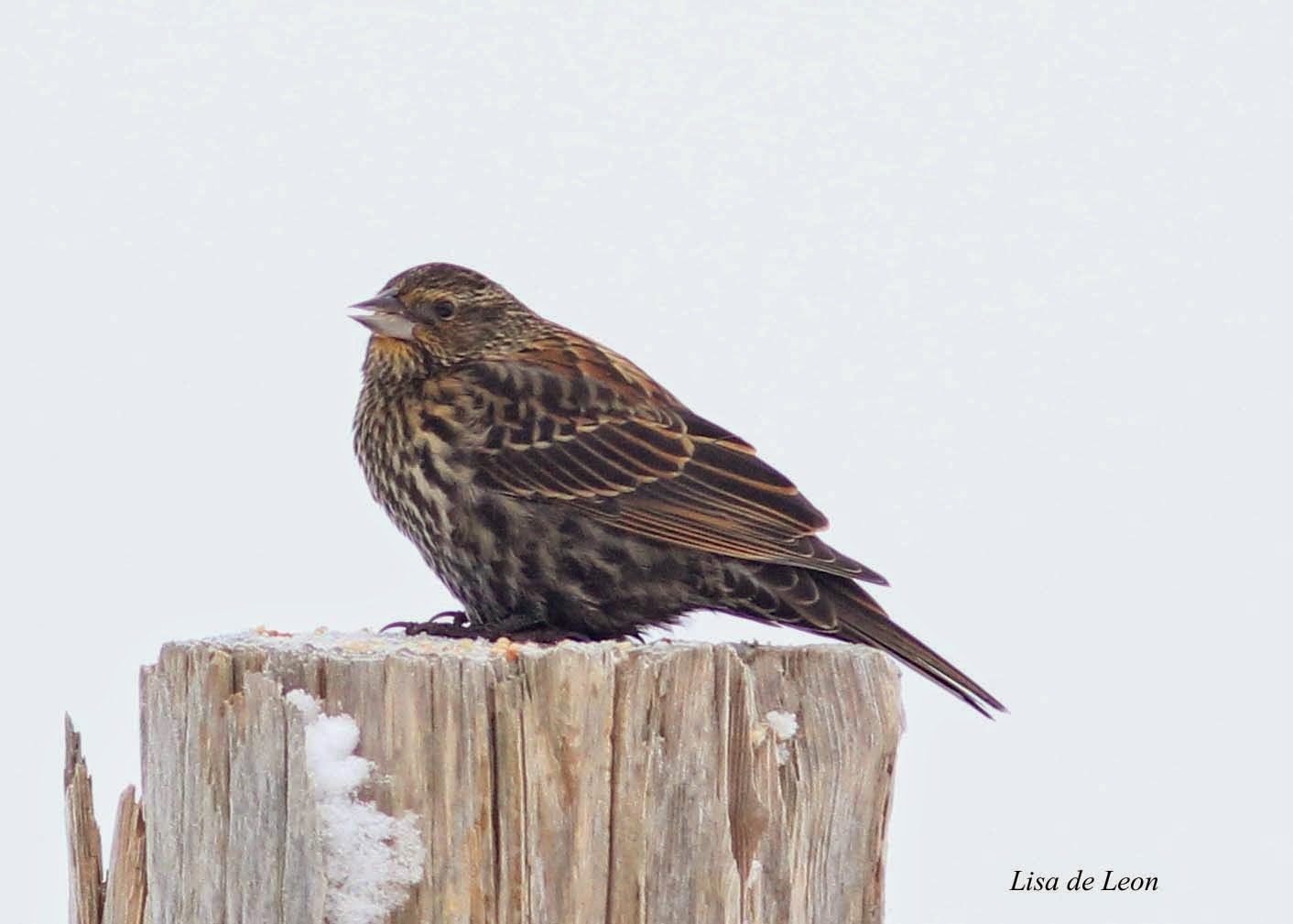 This great blackbird showed up in Goulds and was first reported by Ian Winter on January 9. Since then, the bird has been staying in the area as feed has been in regular supply. 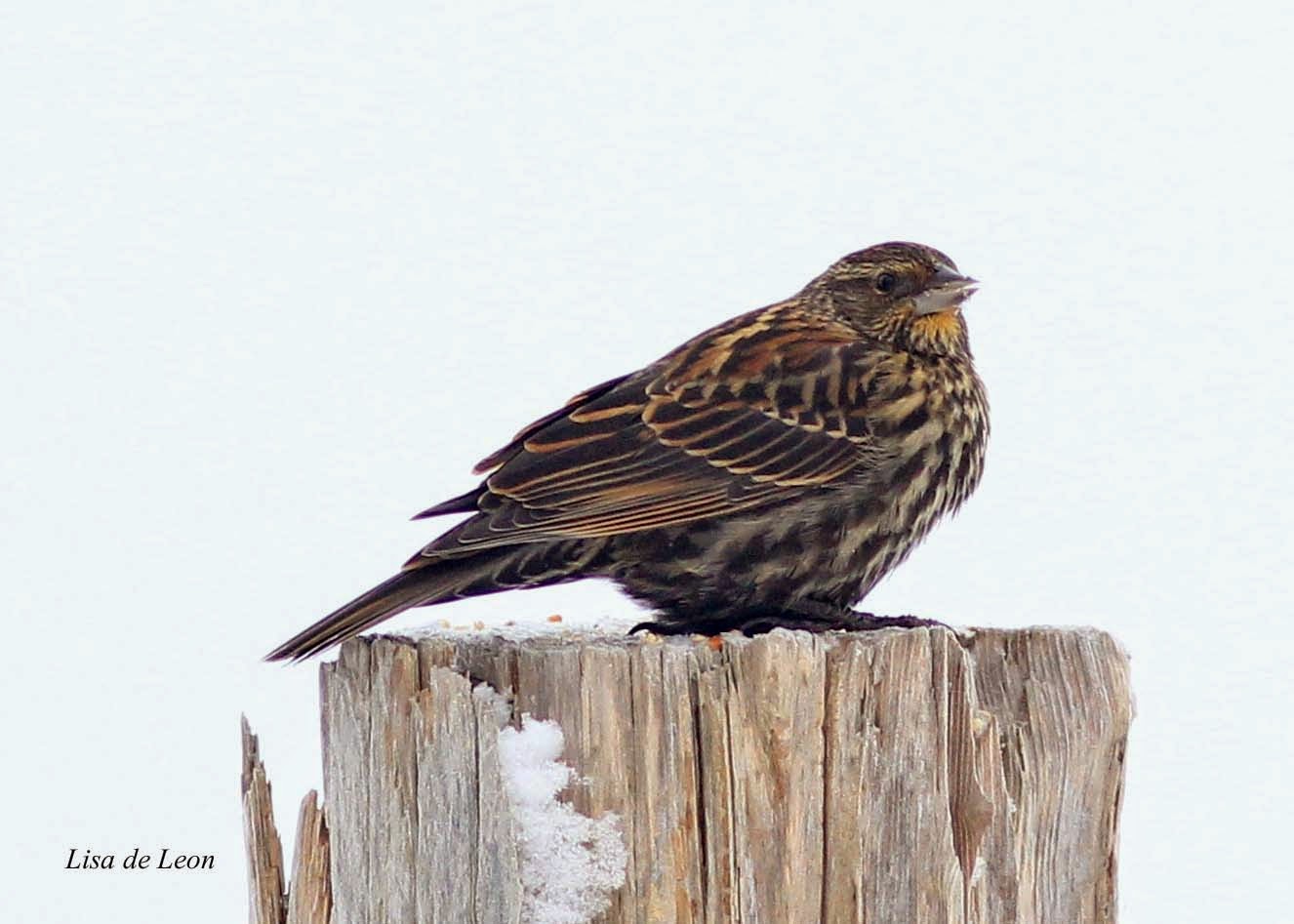 In good light it is easy to see the numerous variations of rich color on this bird. 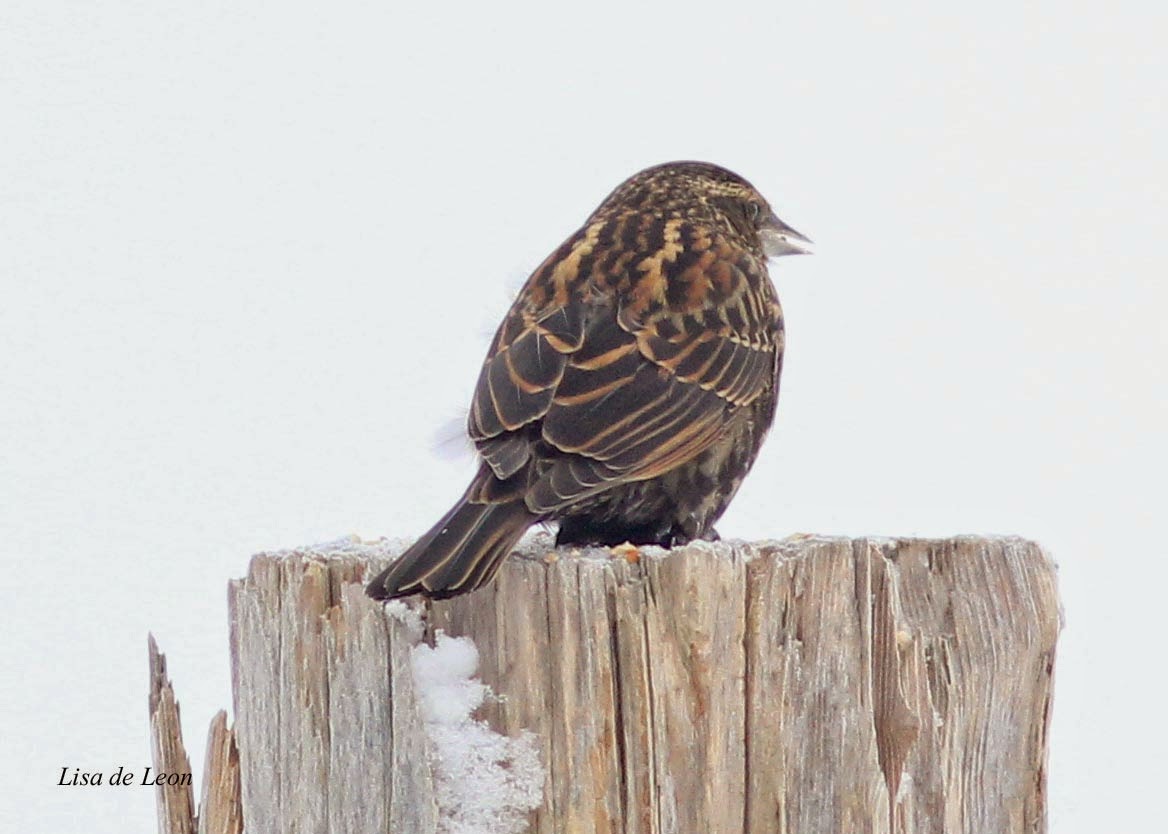 Someone placed seed on the top of this post creating a great viewing station. 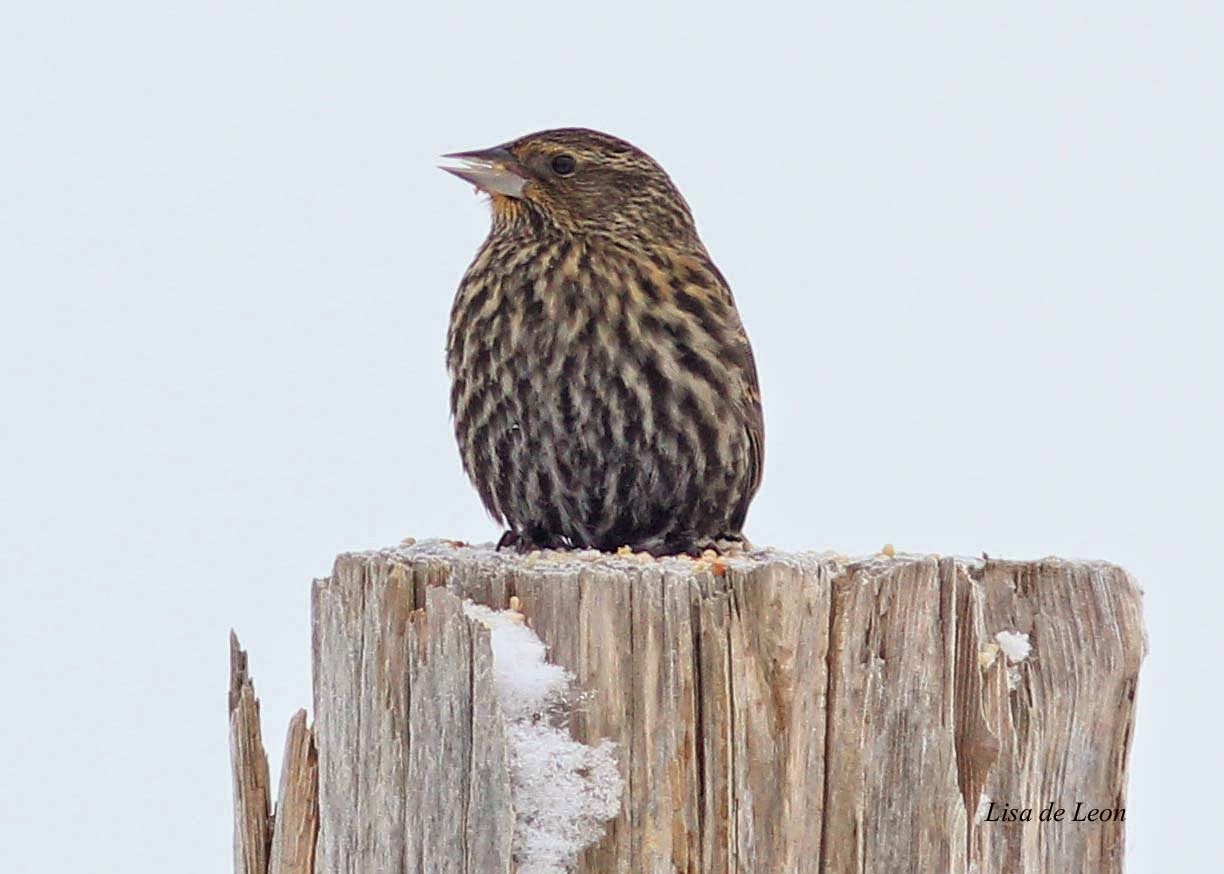 For nearly 20 minutes, I watched as it picked at the seed. At this particular time, there were only three juncos around. That could likely be attributed to the hawk I saw being chased off by the crows as I drove up. Glad the Red-winged Blackbird was no sissy and stuck around to finish breakfast.
Posted by Lisa de Leon at 6:04 AM