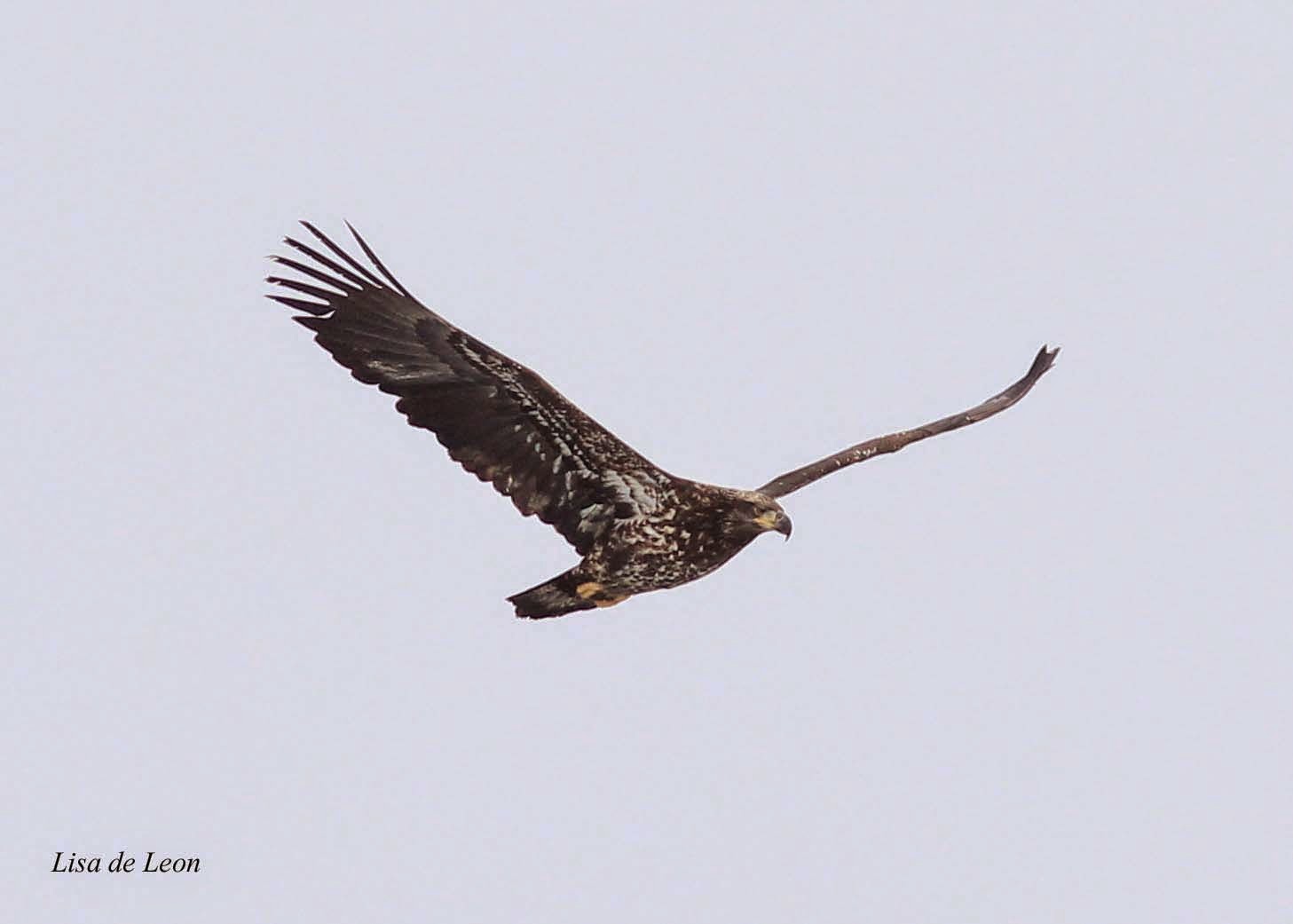 With a little help of this juvenile Bald Eagle, I was able to see just how many Purple Sandpipers there really are at Cape Spear. Driving them out of the crevices, this eagle dislodged three separate flocks that joined to create one huge flock. 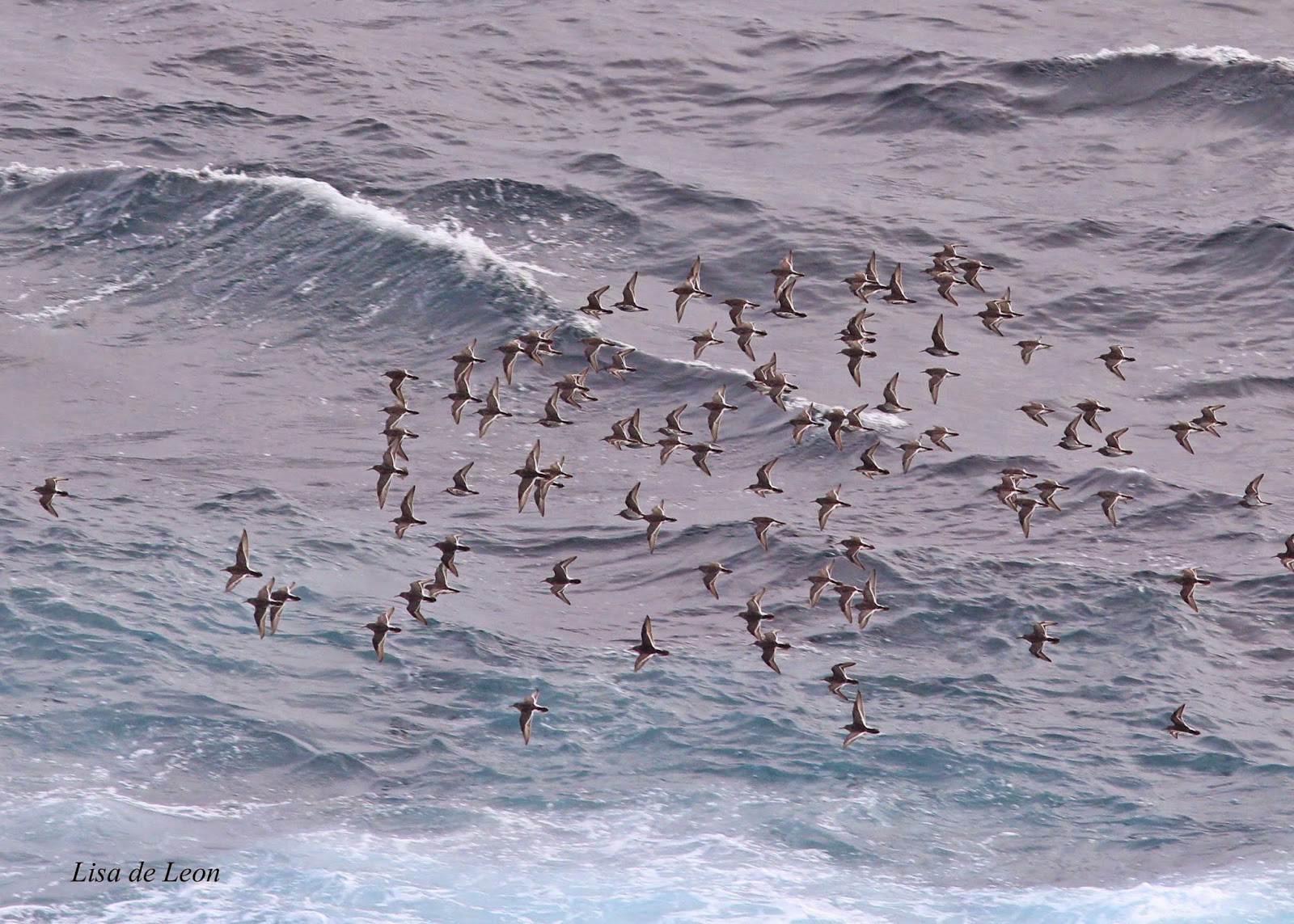 In one of my photos I counted 96 individual, and there were still a few stragglers not photographed. 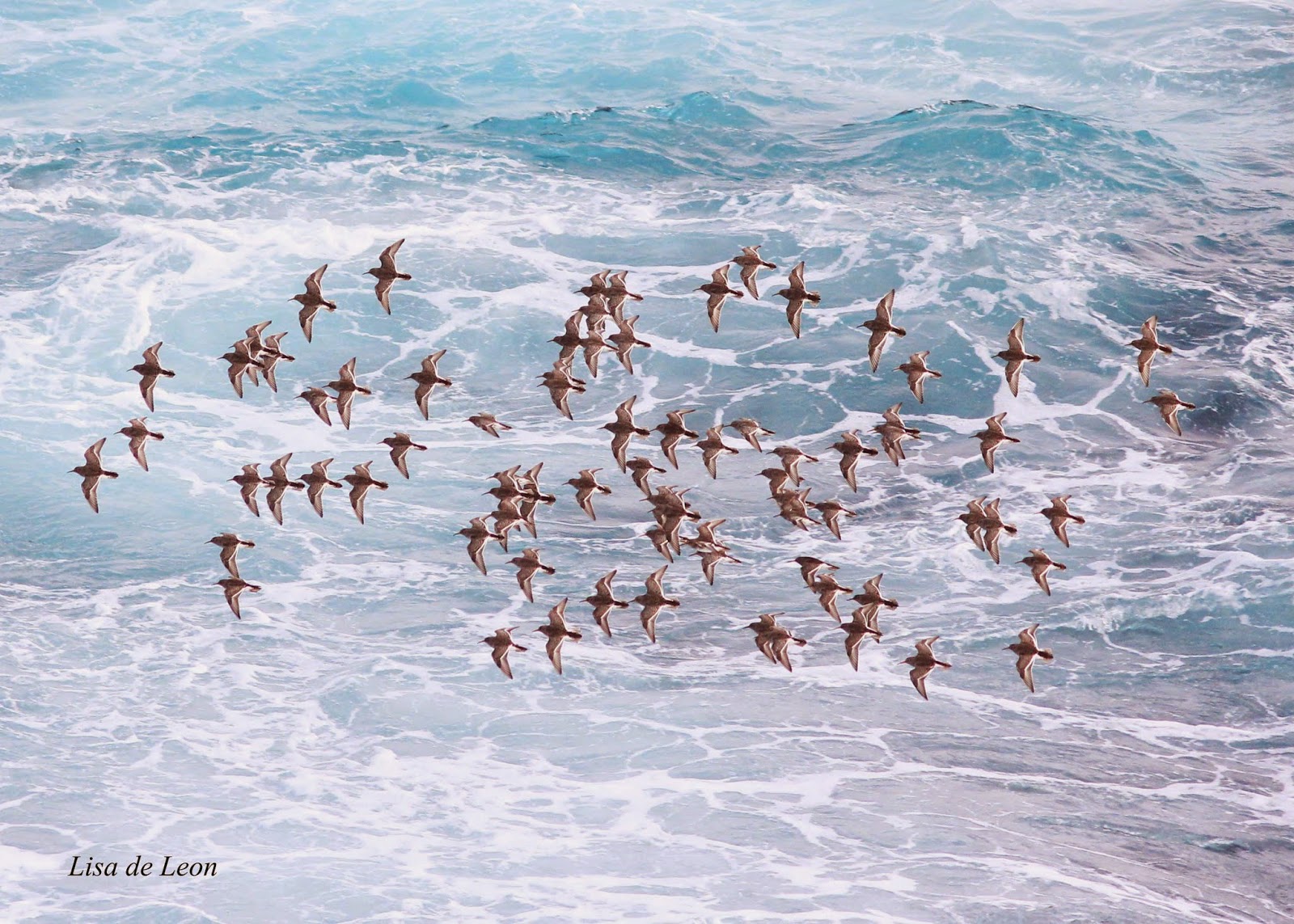 It is always a sight to behold as they weave along the edge of the rocks, eventually coming in for a landing. These birds were first seen below the main lookout and below the canon. It is very hard to count them on the rocks, because of the many hiding places and constant movement. 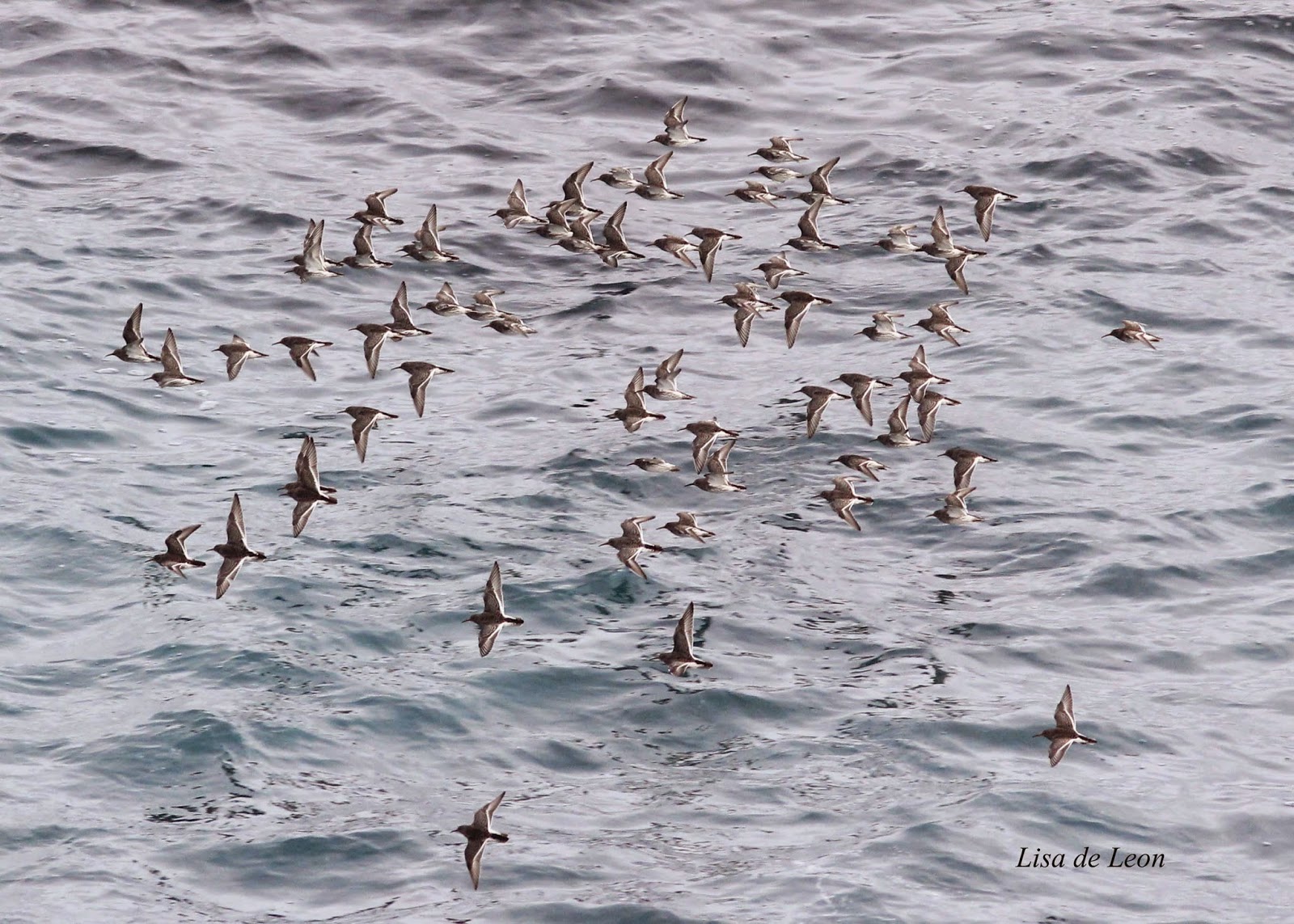 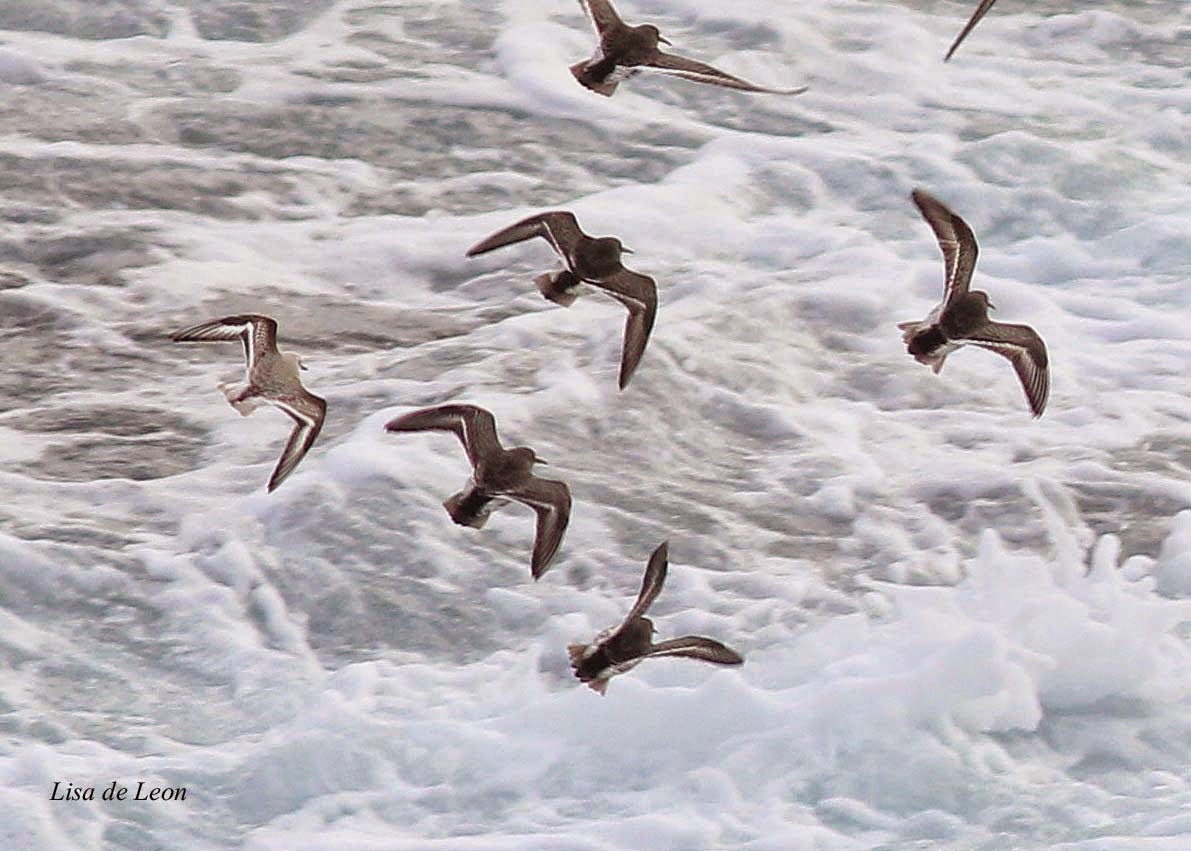 It is also quite easy to pick out the odd ones. In this case, a Sanderling has joined the group. I looked the photos over closely and saw no other different species. If you haven't been to Cape Spear to see this natural show, it is worth standing in the freezing temps and high winds to experience it first hand. 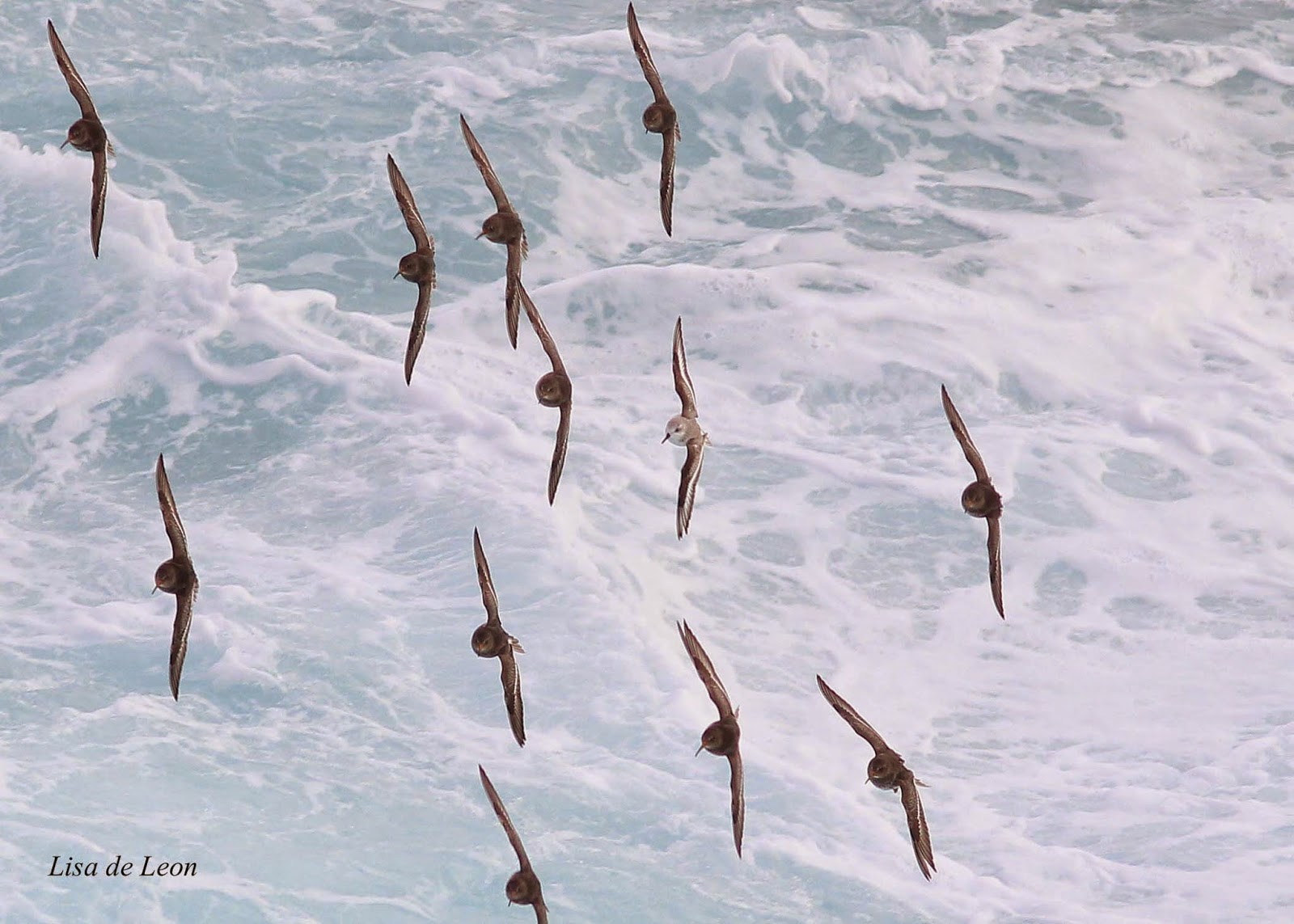 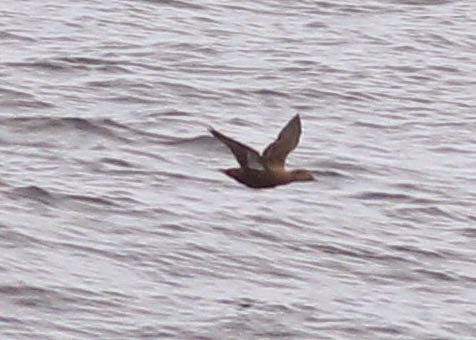 While at the Cape for about an hour and a half, this lone duck flew by. I watched it come in from the distance and was able to get a few shots as it drew nearer. It turned out to be yet another female King Eider. In both cases when I have seen Kings over the last month, the female King was alone. It worth keeping a close eye out for any and everything flying and for single birds sitting in the distance..
Posted by Lisa de Leon at 10:12 AM