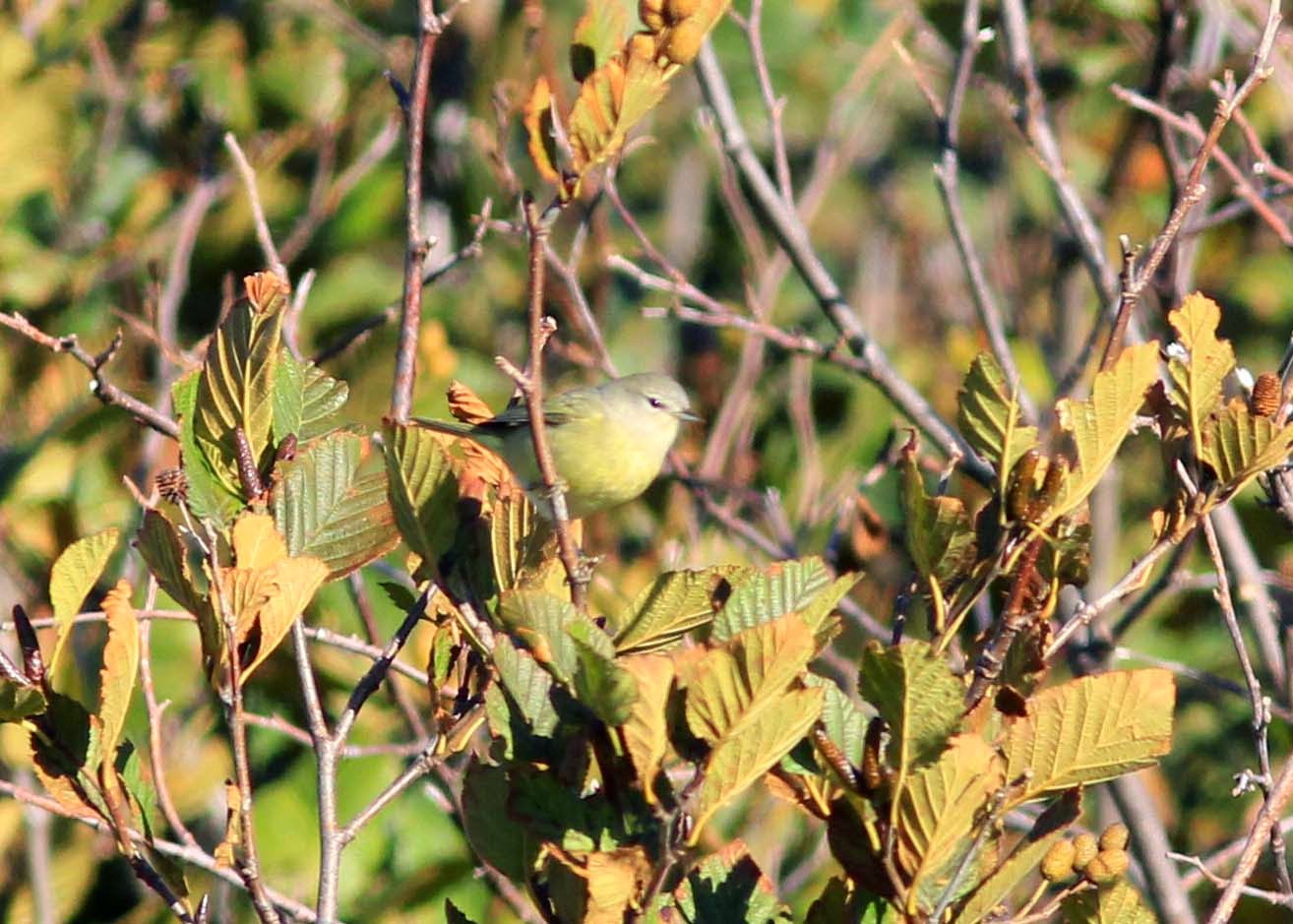 On a cool, Sunday morning, I opted for my favorite bird-from-the-car route .... the northern loop from Portugal Cove to Bauline to Pouch Cove and back. 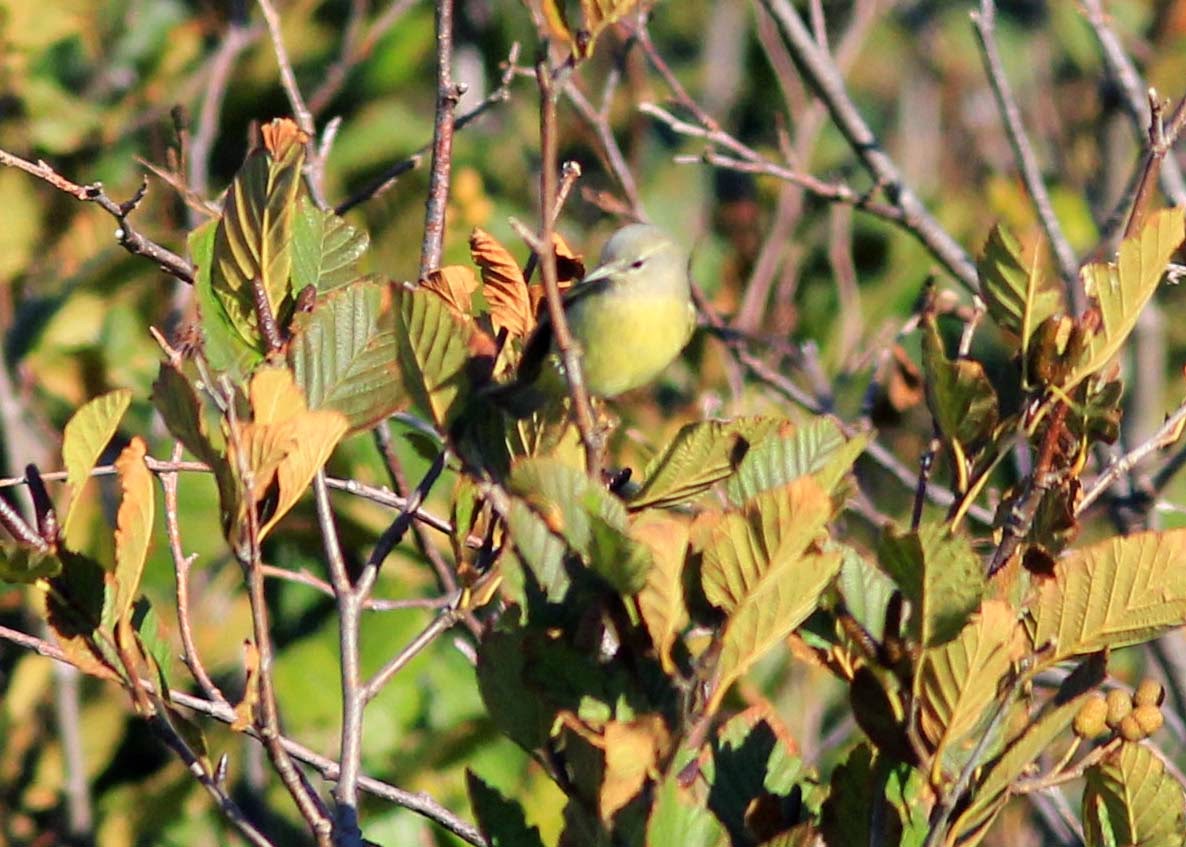 There were numerous flocks of juncos and chickadees sprinkled with Fox Sparrows at the start of the run.  I was hopeful. 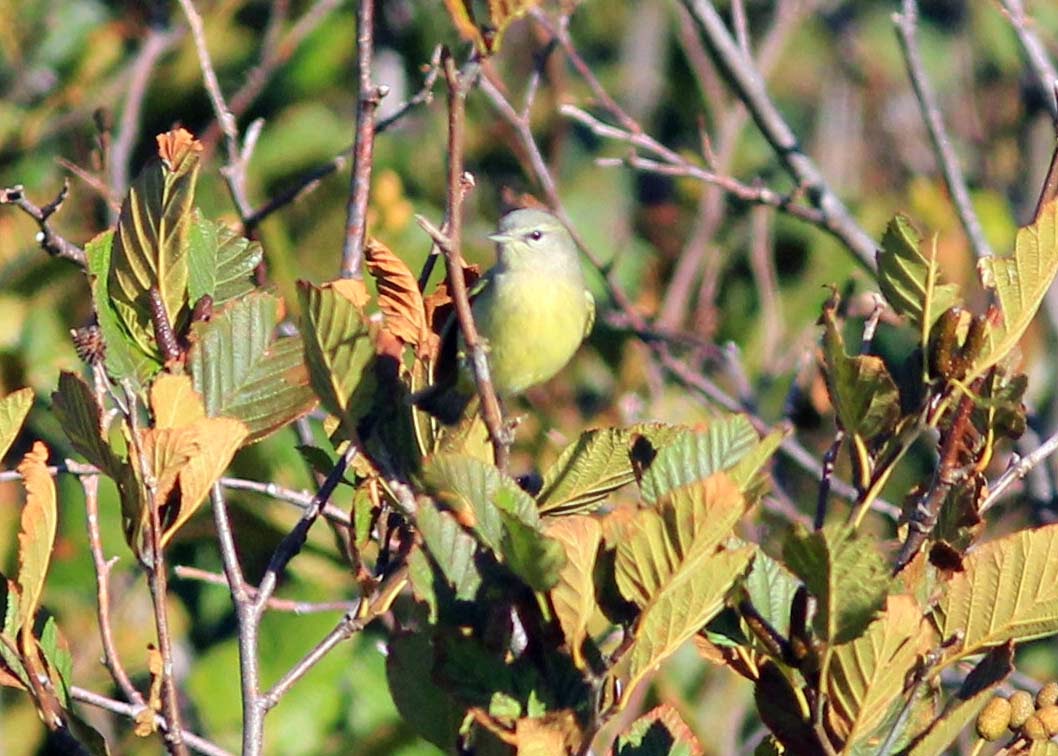 I stopped everywhere there was activity, but turned up little of interest until I neared Pouch Cove. 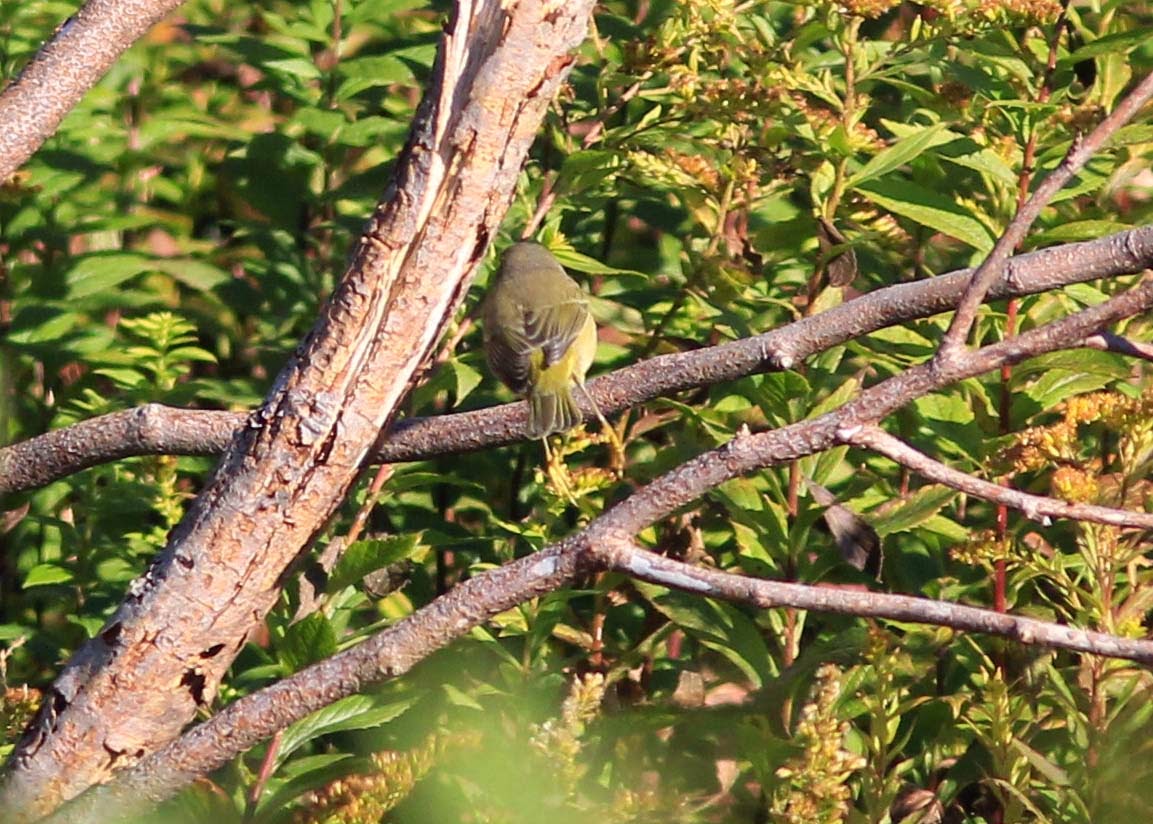 There, I was able to witness an amazing aerial act by one adult Peregrine Falcon and two immature birds.  I think I caught a flying lesson. 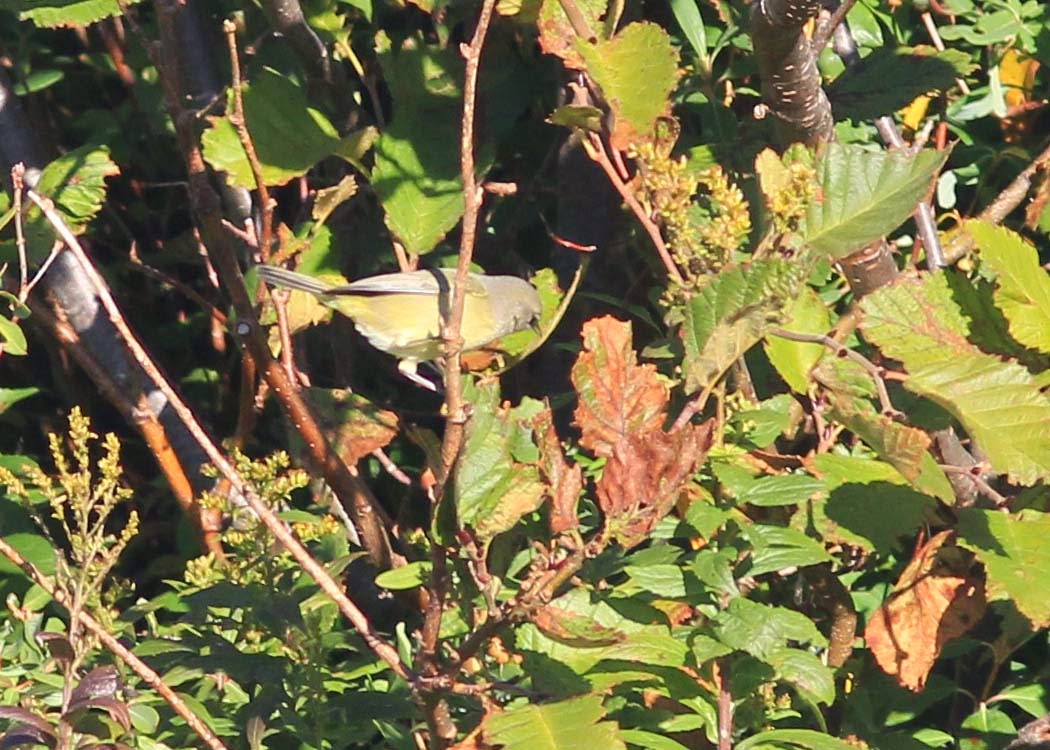 I moved on slowly and noticed numerous juncos, chickadees and kinglets. I stopped to have a closer look. 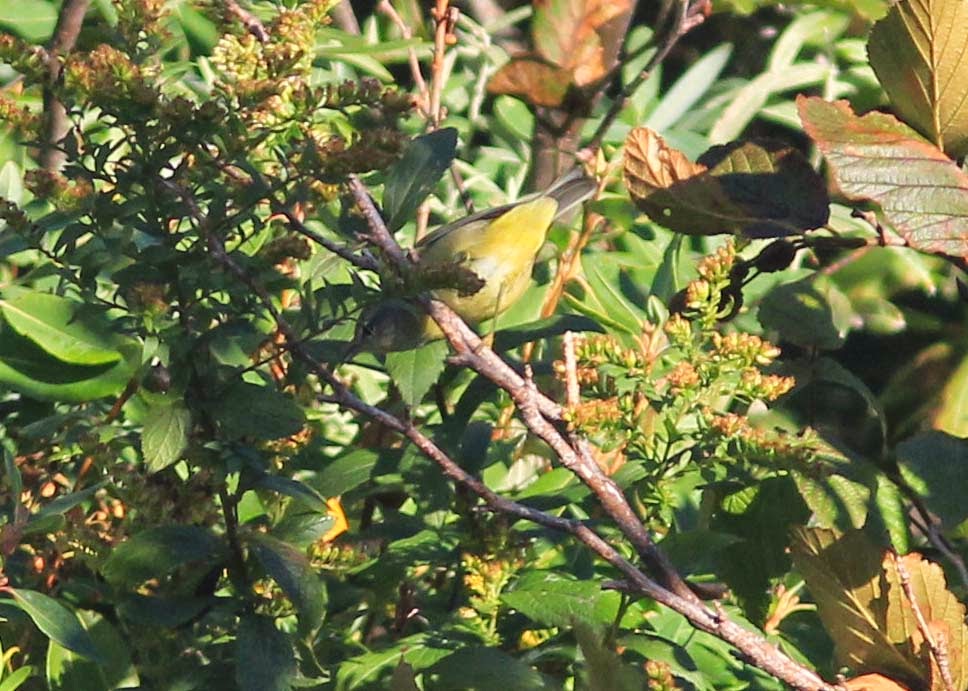 Staying in my car the whole morning meant all of my photos were distant shots. 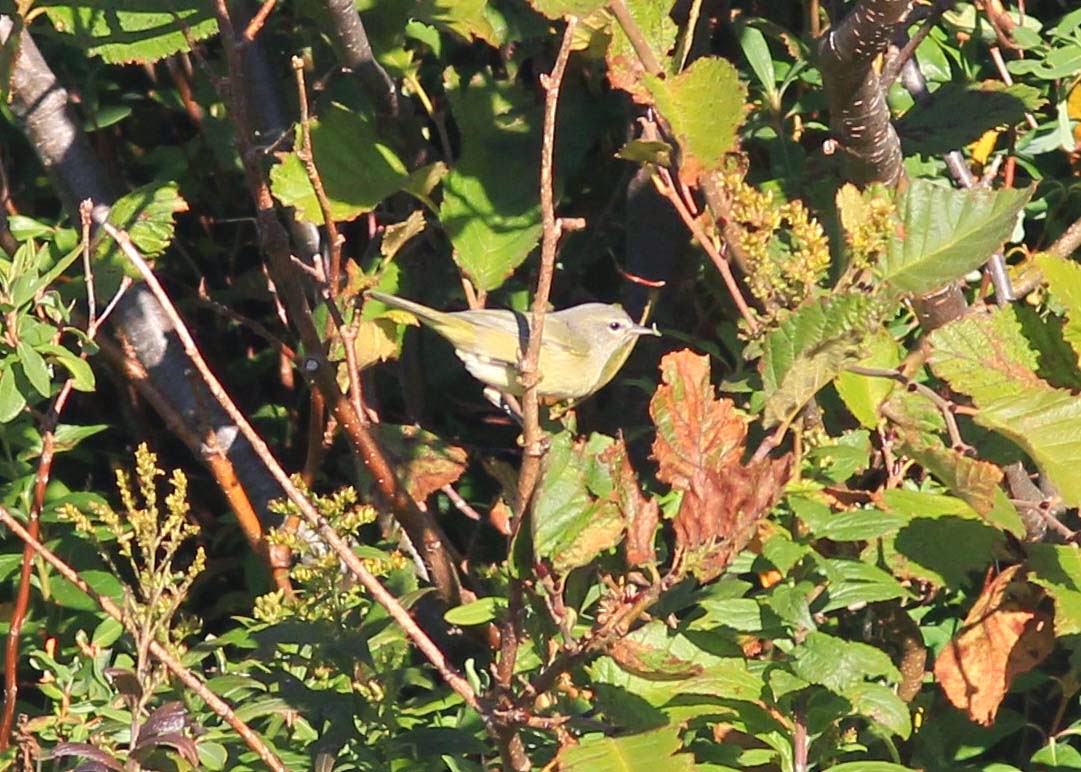 With my binoculars, I finally caught sight of a flash of yellow. Boy, did I perk up. 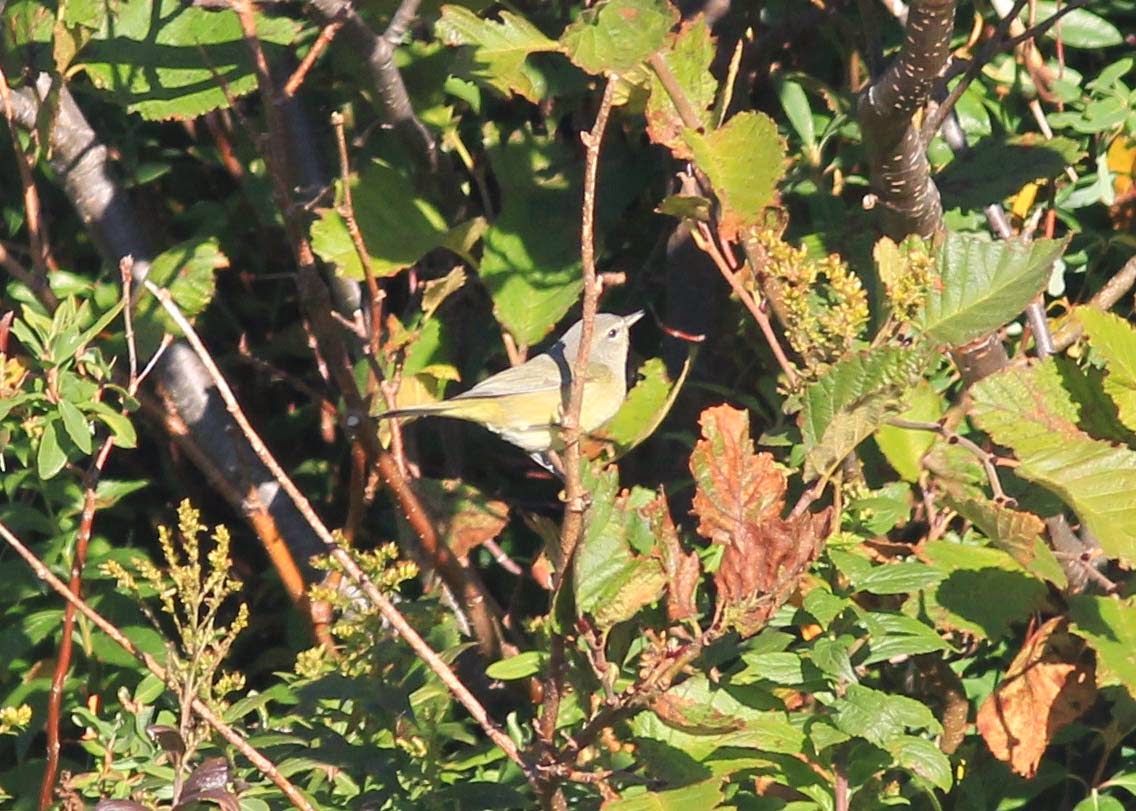 I have to tell you I was in the area looking for over 30 minutes before this little washed-out bird appeared. 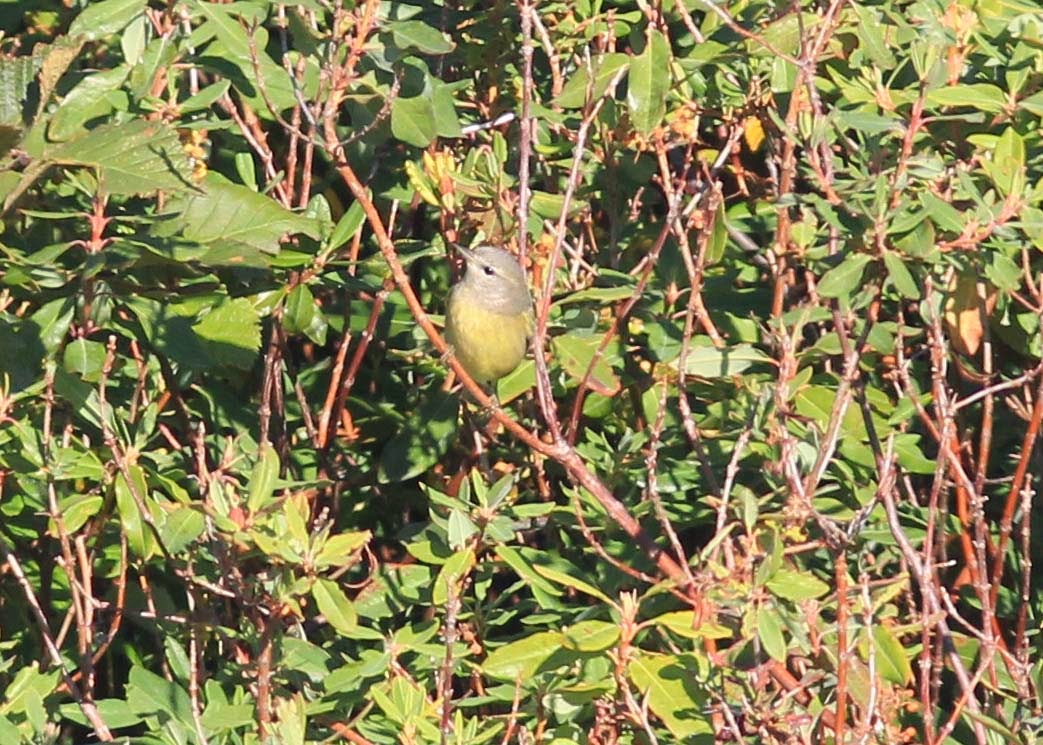 Weaving itself through the alders, it was hard to get shots. Typical! 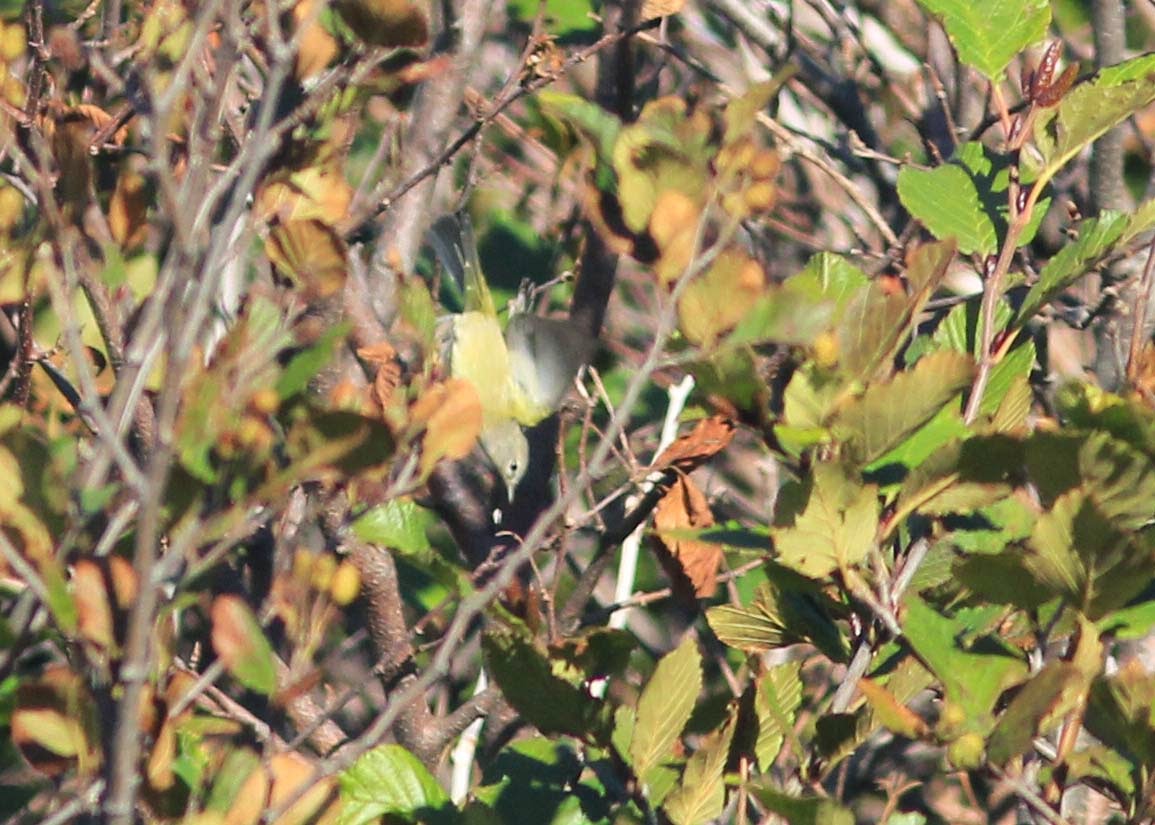 Finally, it began to come out in the open for a few seconds at a time. 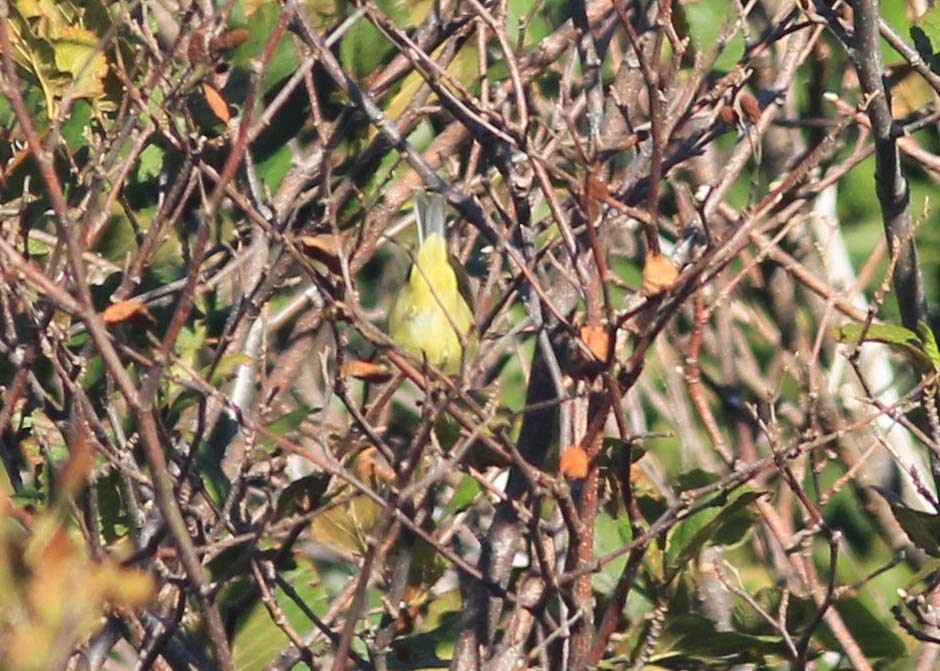 Not quite sure what I was seeing, I tried to get shots from every angle. On the spot, I was thinking this might be a Philadelphia Vireo. However, when I got a better look at the shots on my computer, it just didn't totally fit. 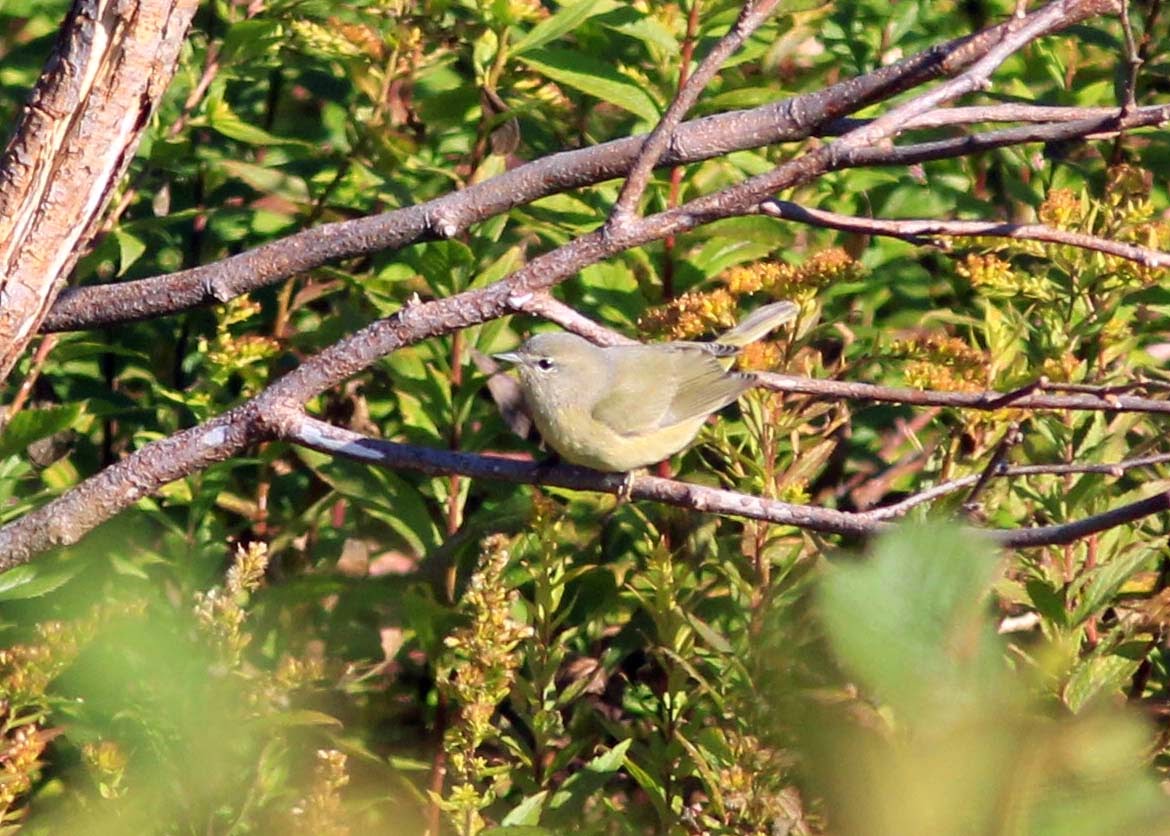