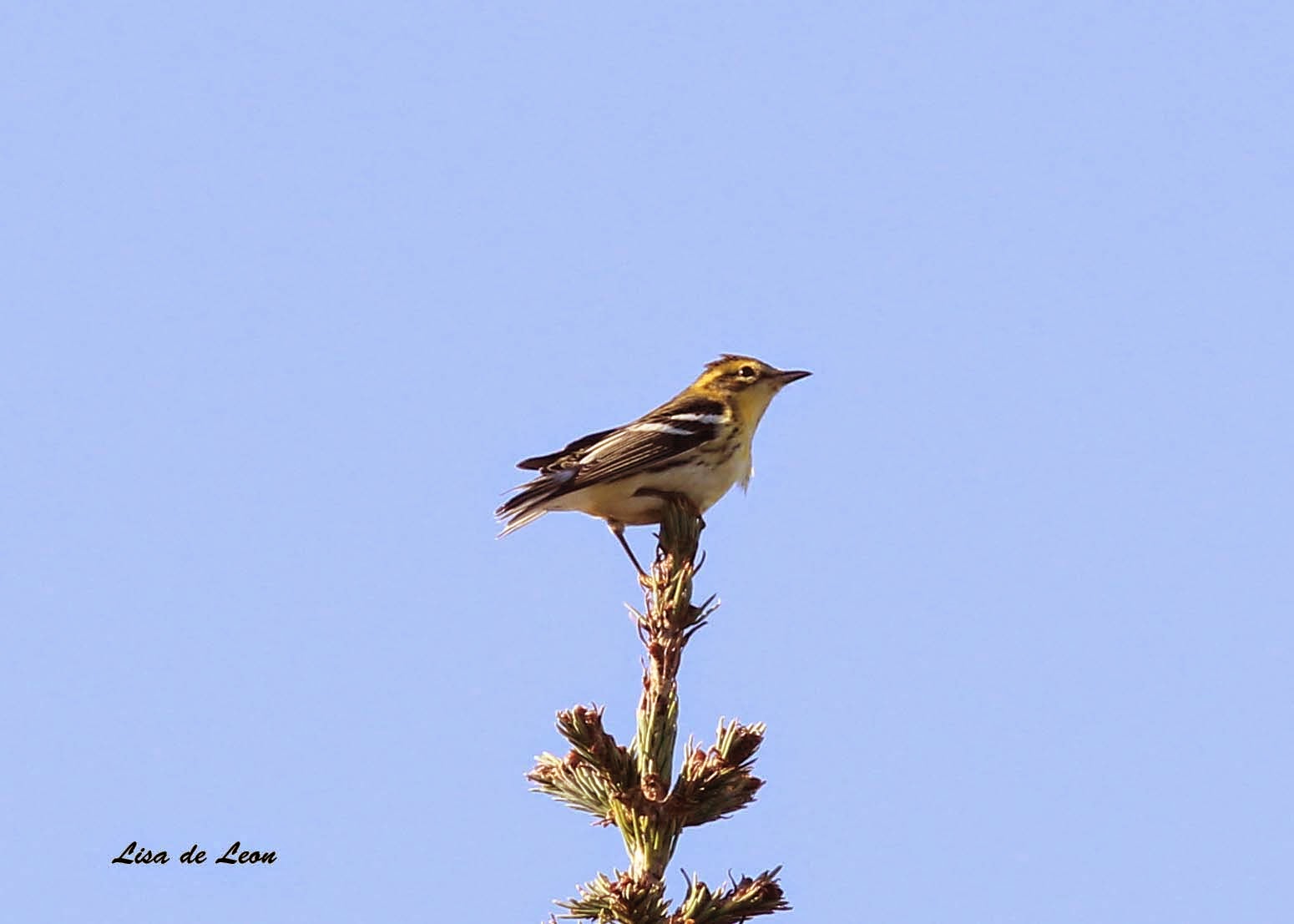 Having just returned from an unplanned and exhausting trip to Arkansas, I was longing to get out in the open air. Getting a later start than usual, I headed to Cape Spear. What a difference a week makes. There were very few birds along the way. I did have one dull yellow warbler with no wing bars fly in front of me on Cape Spear Road. I quickly turned around and set out to find it. Try as I might, I could not coax it out. 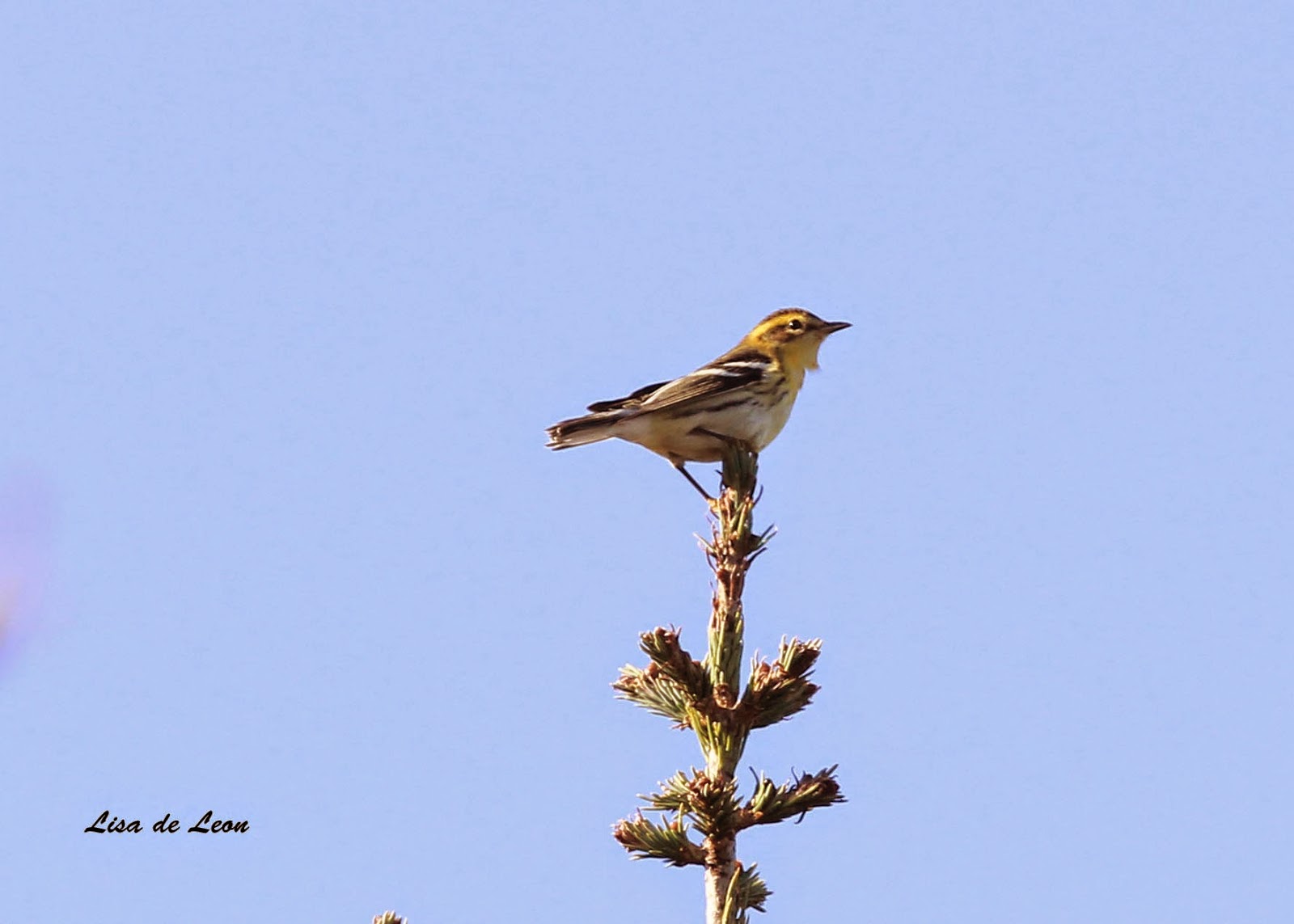 However, I was pleased to see this lone warbler sitting atop a tree. Closer looks told me it wasn't one I see everyday. I got a few shots and continued to look around. With little else in the area (chickadees and kinglets), I gave up the hunt. 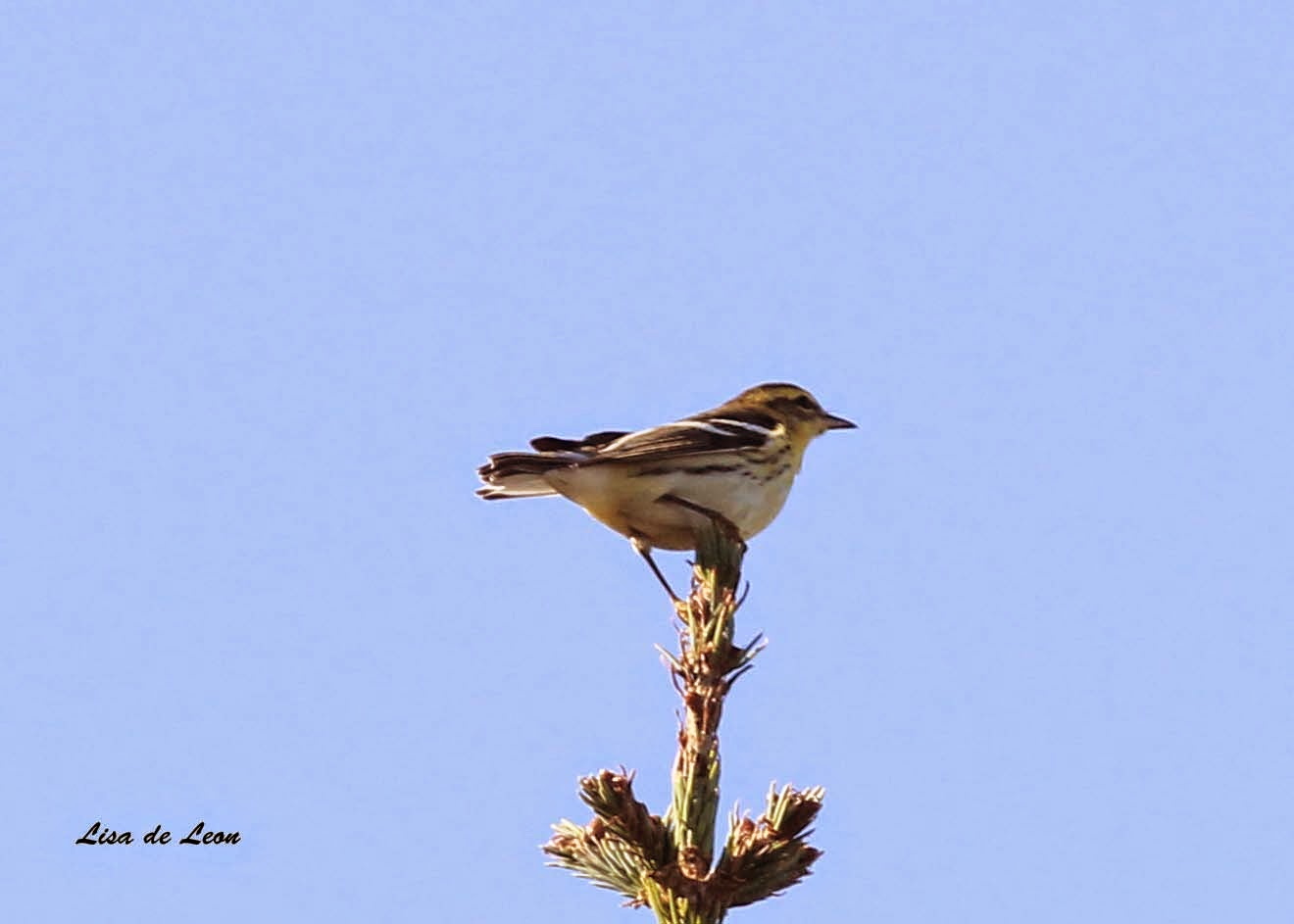 I was pretty sure this was a Blackburnian, but with all of the rare warblers turning up, I checked with Alvan Buckley who confirmed it was, indeed, a Blackburnian. The only other activity I found was at the end of the Bus Shelter trail. There, I found two Baltimore Orioles and a Red-eyed Vireo, one Swamp Sparrow, a Sharp-shinned Hawk that has been in that area for over two weeks and the usual complement of chickadees and kinglets. It certainly looks like fall birding is winding down quickly.
Posted by Lisa de Leon at 7:29 AM