Orange-crowned Warbler Offers Up a Bit of Excitement 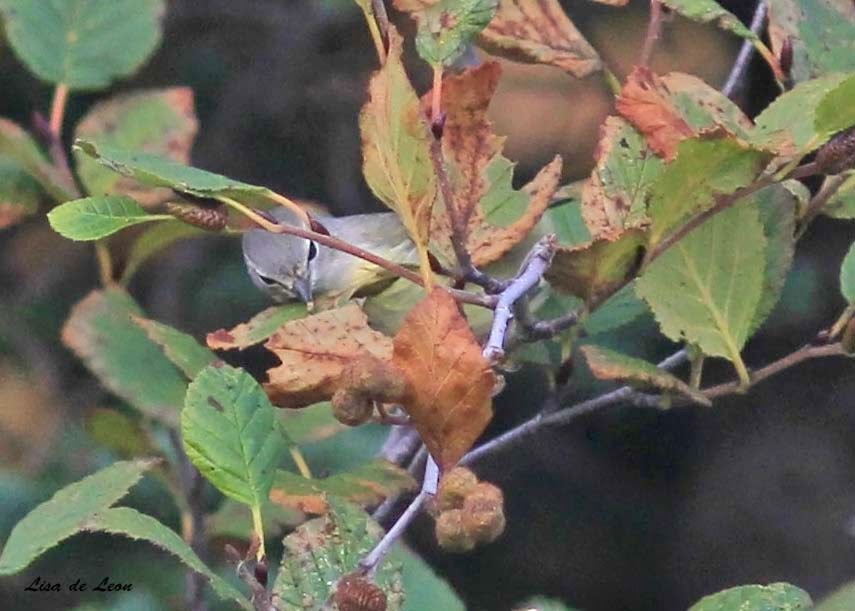 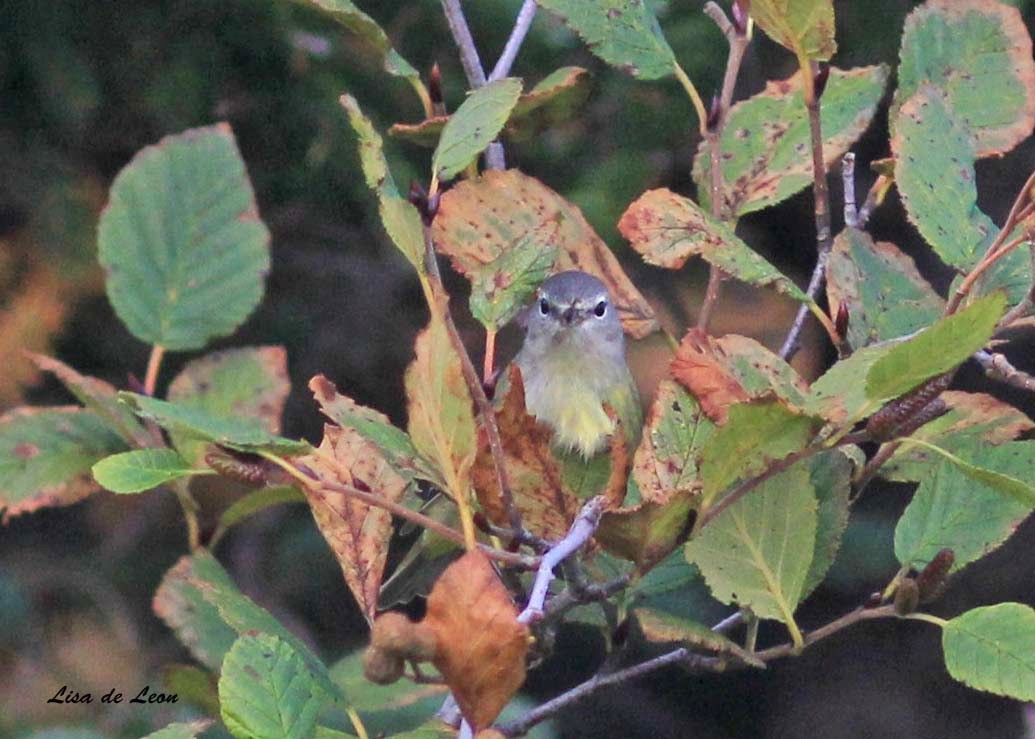 Fall birding styles vary from other seasons. I often walk the same old trails, visit the same old locations where vagrants have been spotted in years gone by, and I often come up with the same old tally...Nil. Nevertheless, I keep going out when time and weather permits. A couple of days ago, I visited Cuckhold's Cove Trail with a familiar feeling: Maybe, I will find something good; maybe, I won't. 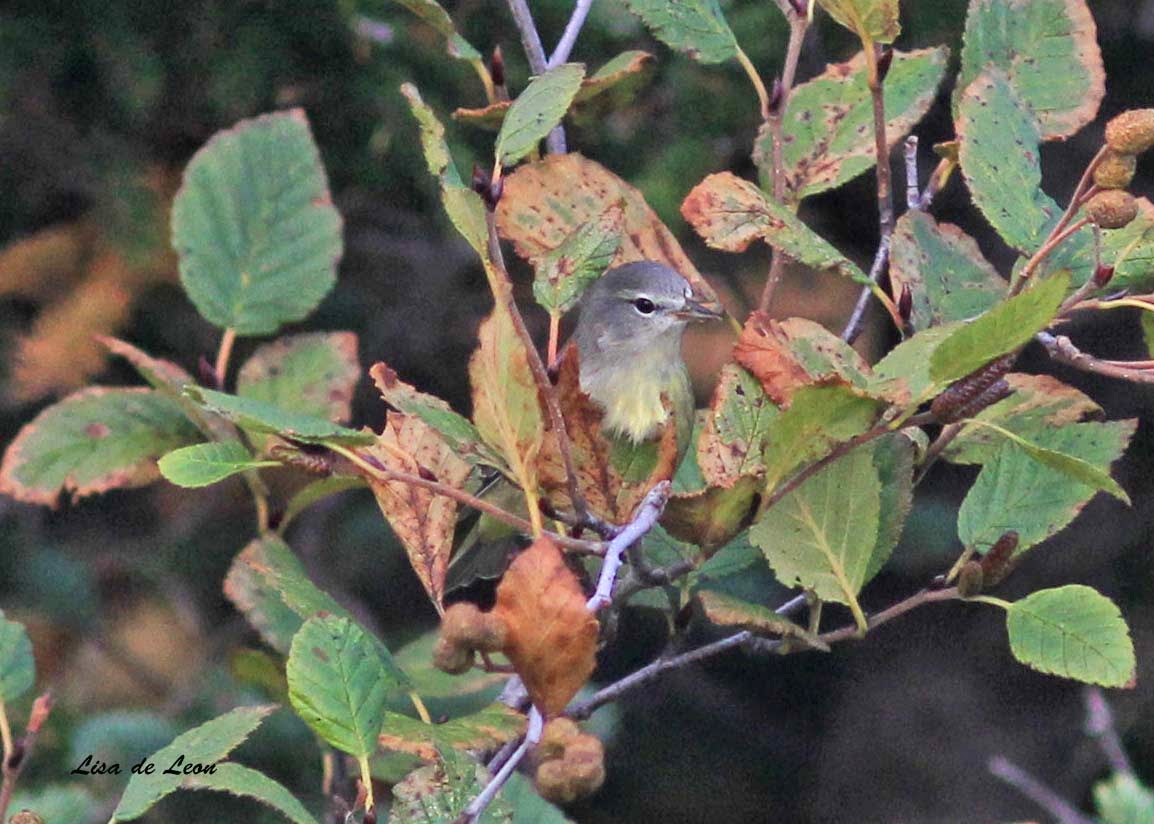 Then, at the top of the hill, I caught sight of  a warbler, species unknown. I kept a close eye on it as it moved through the leaves until it started to keep a close watch on me. I couldn't see all of the bird so I was hesitant to make a call on the ID. 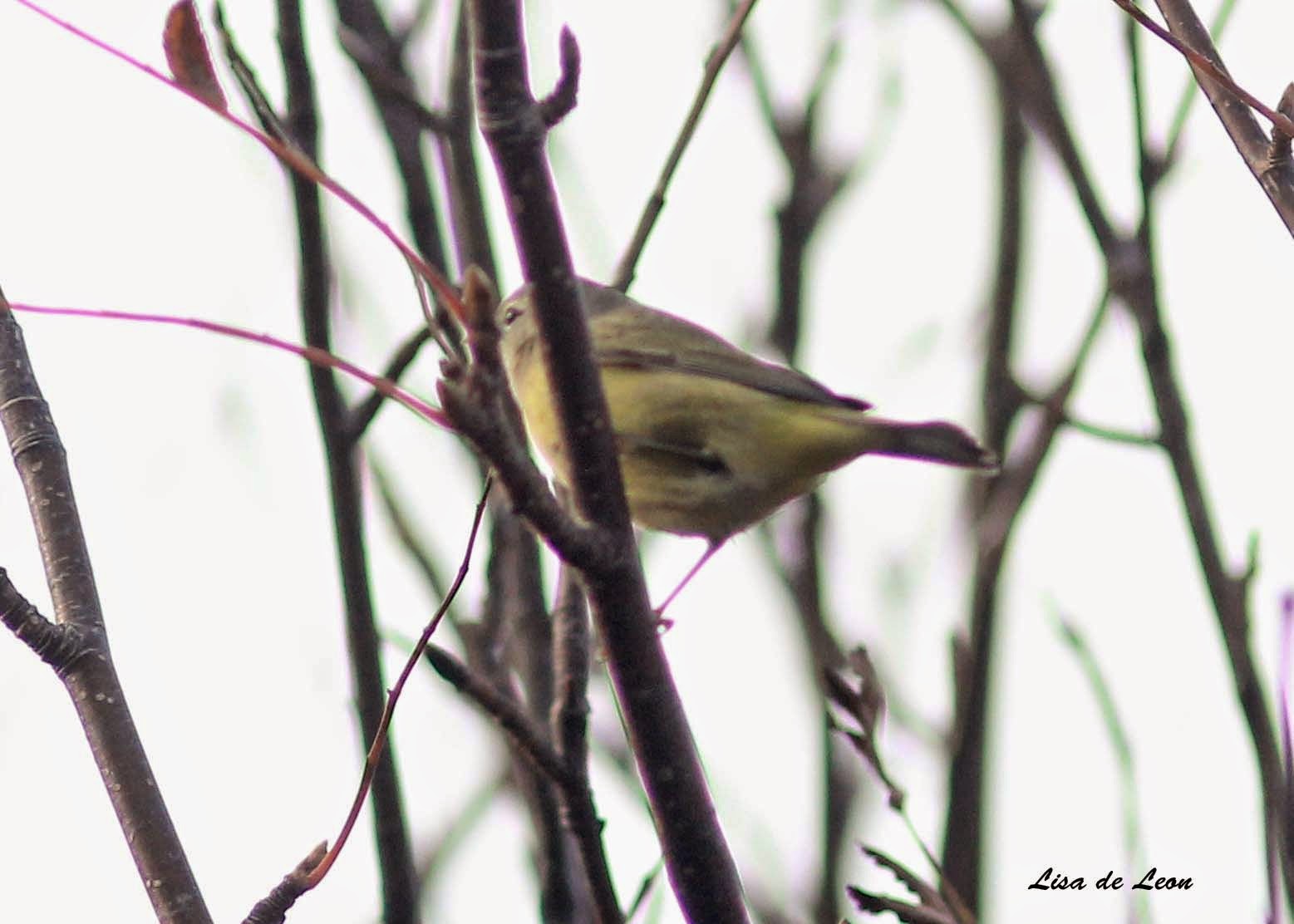 Patiently and not-so-patiently, I watched as it moved around. The bird was looking more like an Orange-crowned Warbler, but I still hadn't had a full-on look at it. 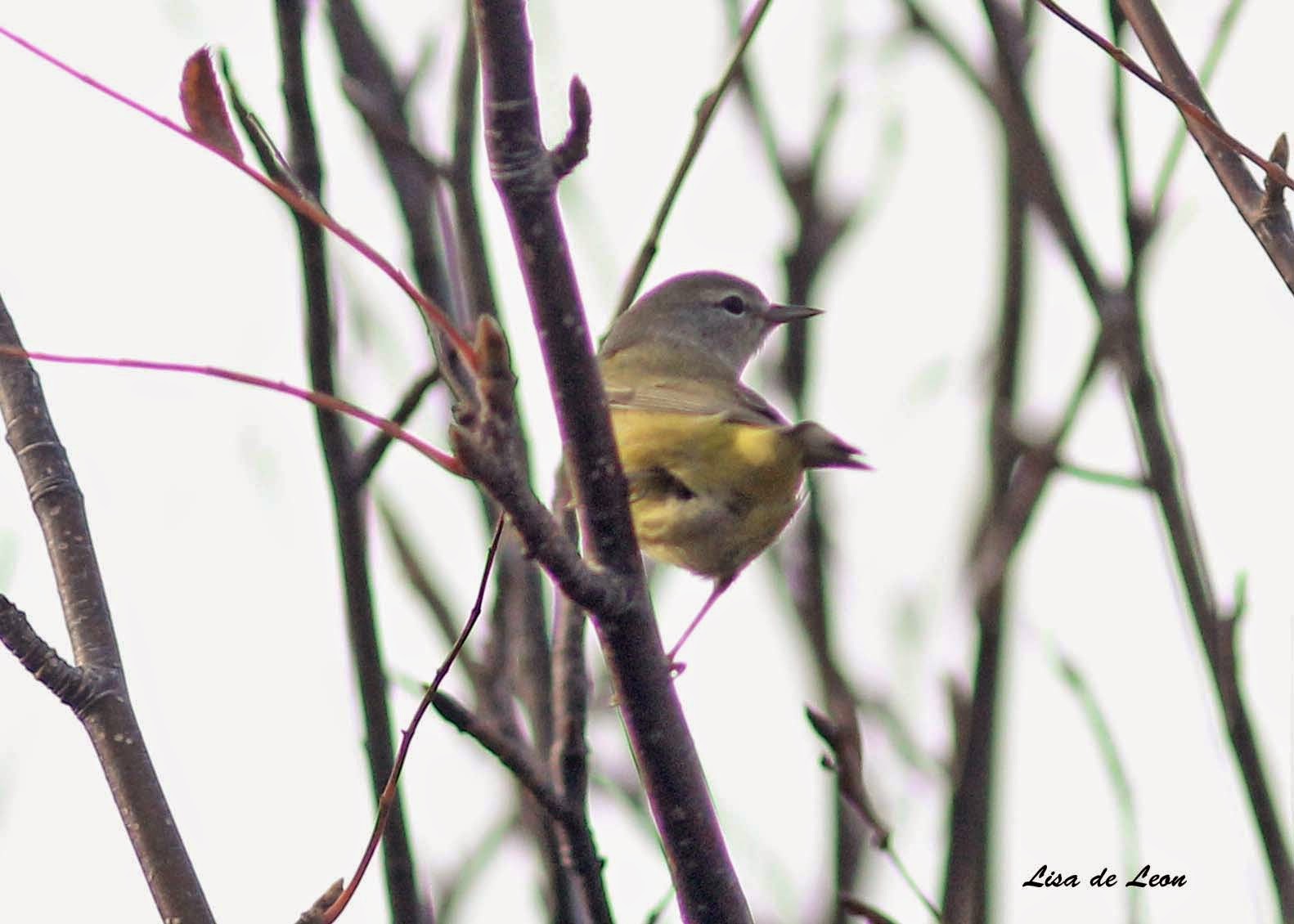 It is quite amazing when tracking a warbler at this time of the year. My adrenaline goes from 0 to 60 mph in one second. All focus is on the bird and attempting to get a good look at it. Experience tells me it could be gone in a flash without an ID. 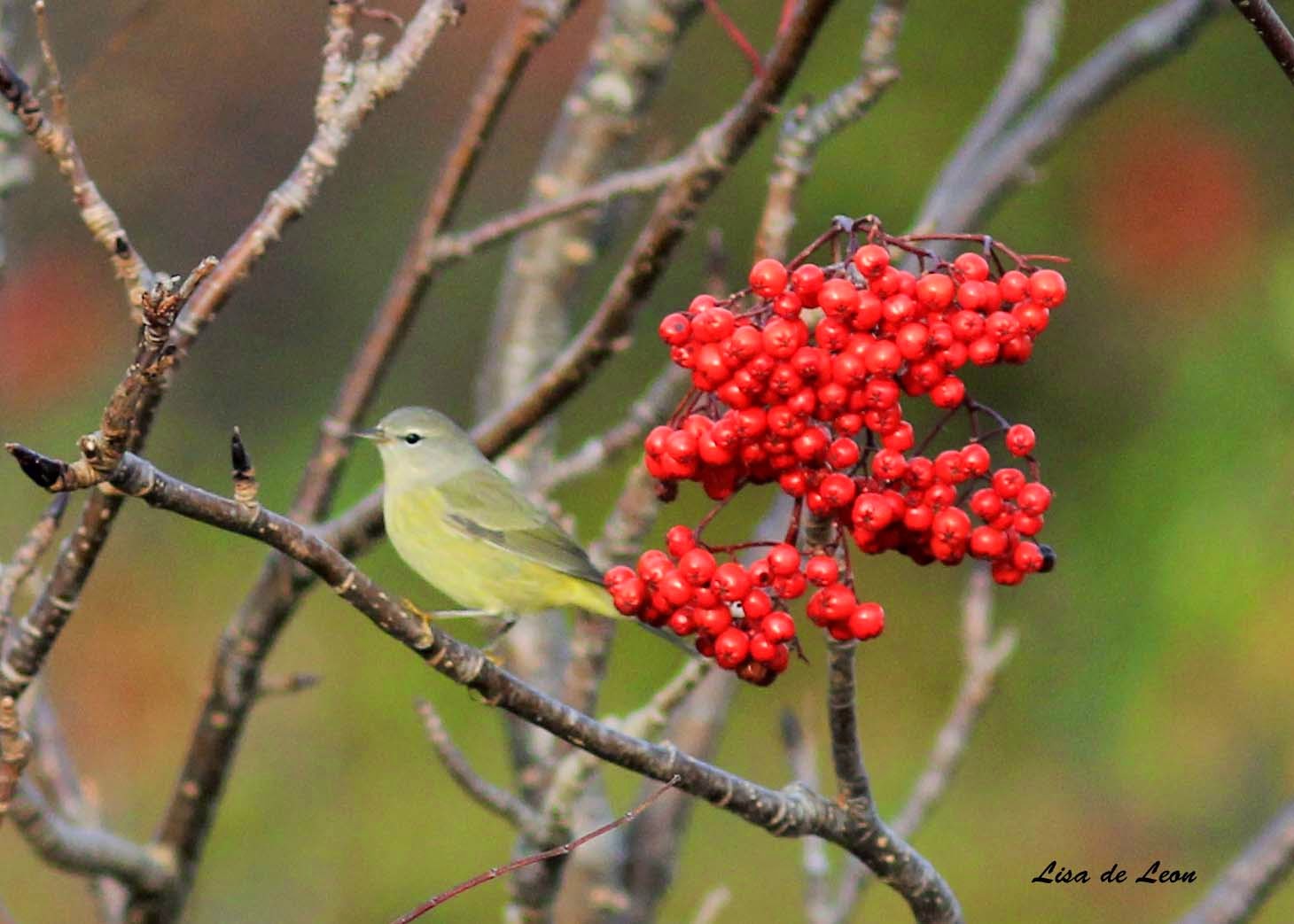 For that reason, I keep shooting photos because on many occasions, I have had to make an ID after the fact based on bits and pieces of the bird as represented in images. 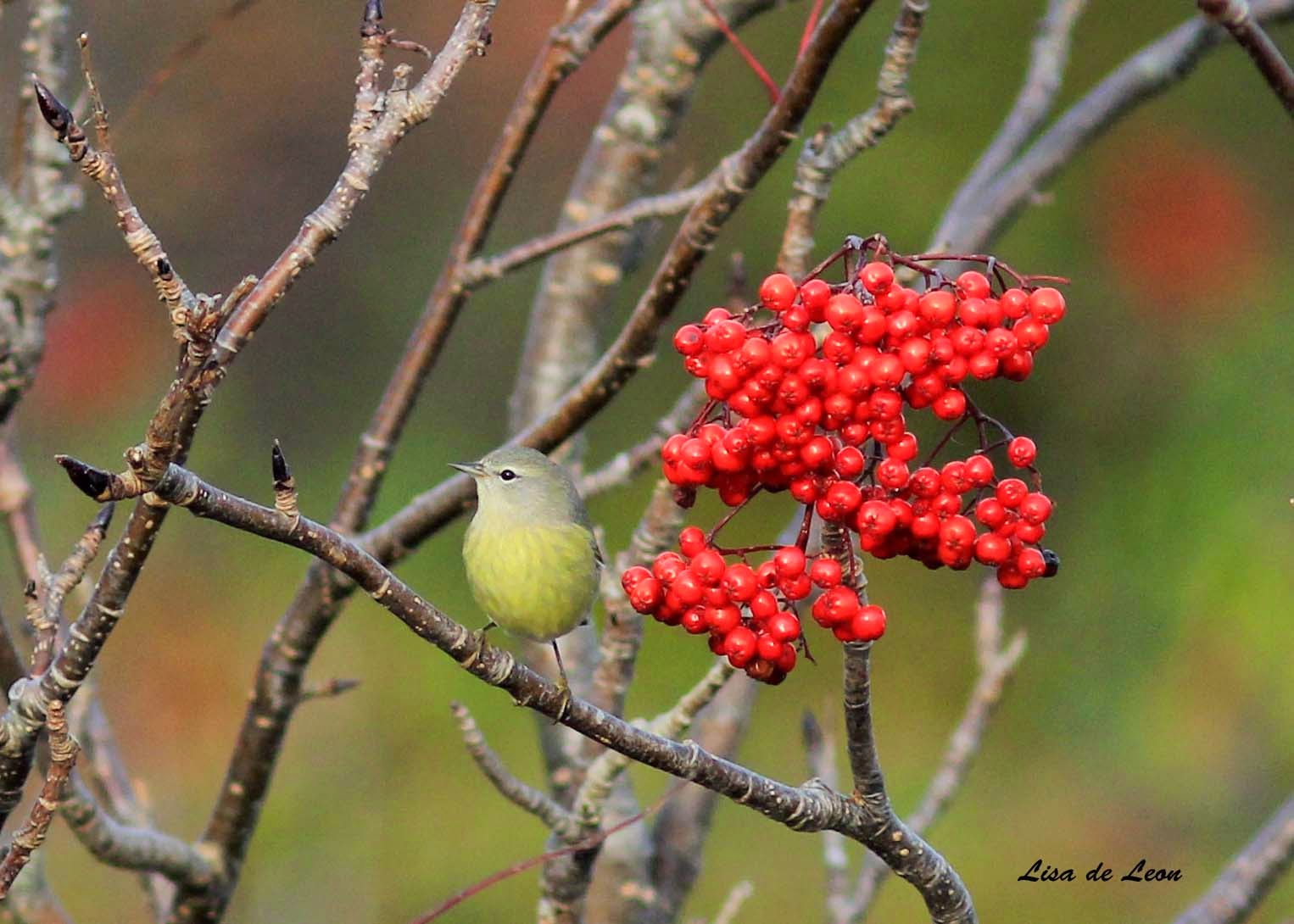 That was not the case this time. Just before its final departure, the great little warbler hopped out in the open to give me an opportunity to see all of it and proclaim it to be an Orange-crowned Warbler....on the spot!

That is why I will continued to walk the familiar trails in search of an unfamiliar bird.

Afterword: With Hurricane Gonzalo just offshore from the SE Avalon, I know there are birders already sitting in strategic locations hoping to catch sight of some rare seabirds in the midst of the downpour and high winds. That sounds a little strange for those who enjoy sitting out a storm in the comfort of their home, but what is really strange is the number of runners and volunteers who are now right in the middle of a Cat 1 hurricane running from Cape Spear to Cabot Tower. Oh, how our passions impact our common sense!
Posted by Lisa de Leon at 7:31 AM