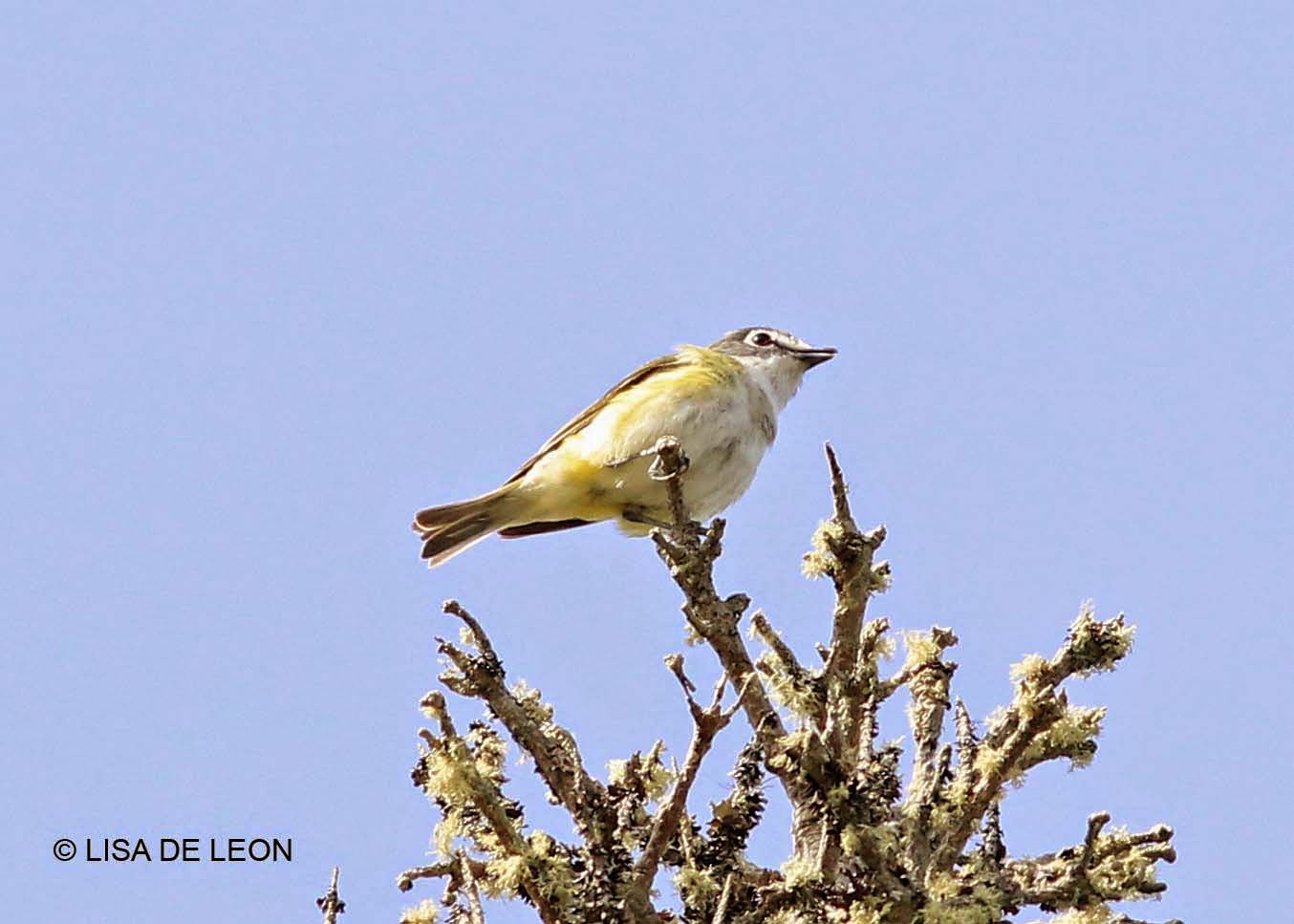 Six species of vireos have been recorded in Newfoundland, and I am happy to say I have now seen all six. Listed in the order of the images here, these include: Blue-headed Vireo, Philadelphia Vireo, Red-eyed Vireo, White-eyed Vireo, Warbling Vireo and the Yellow-throated Vireo. All of these vireos are migratory. 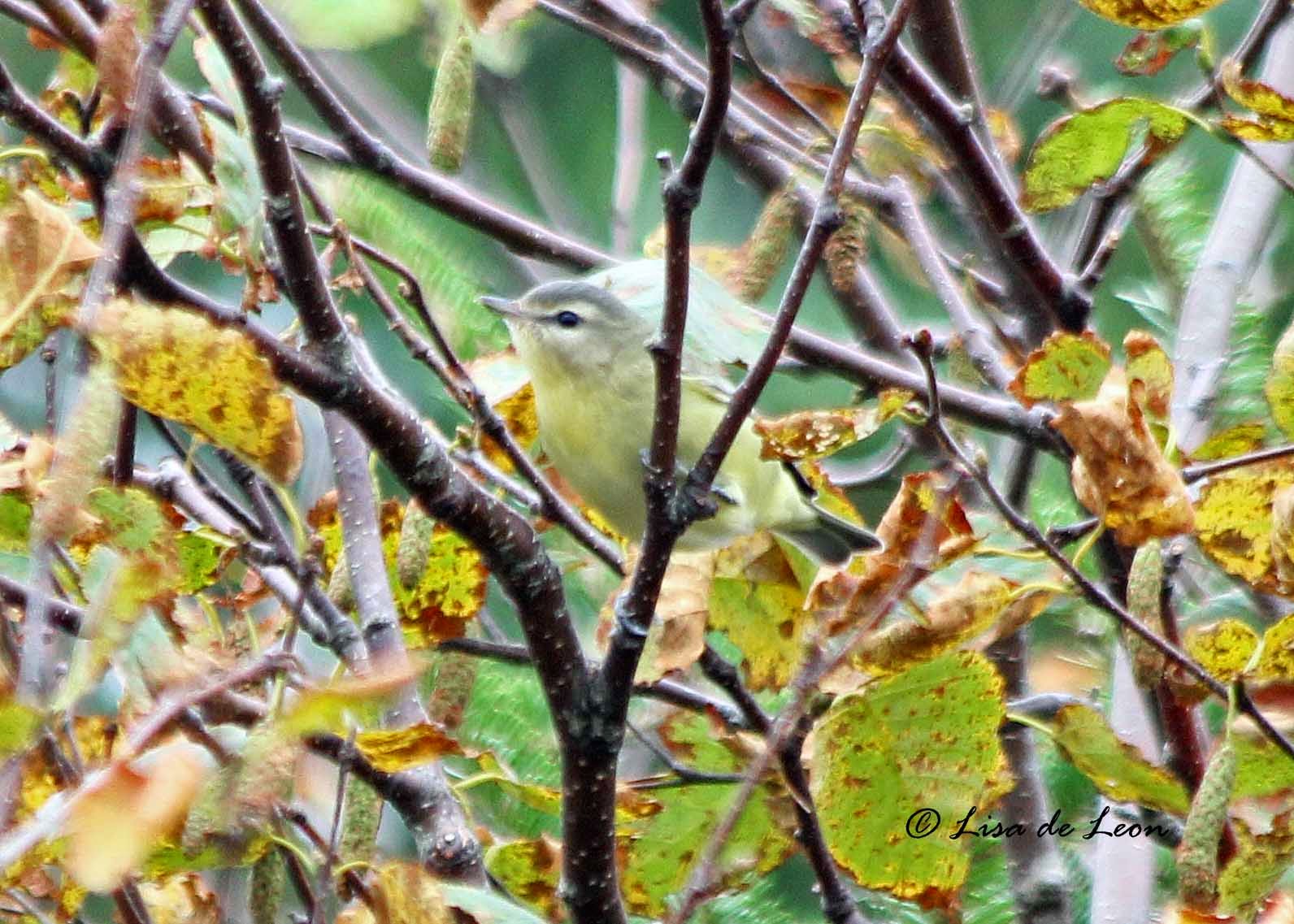 Vireos are similar to warblers but have a larger bill. They are often pale in color and typically have distinctive eye spectacles. 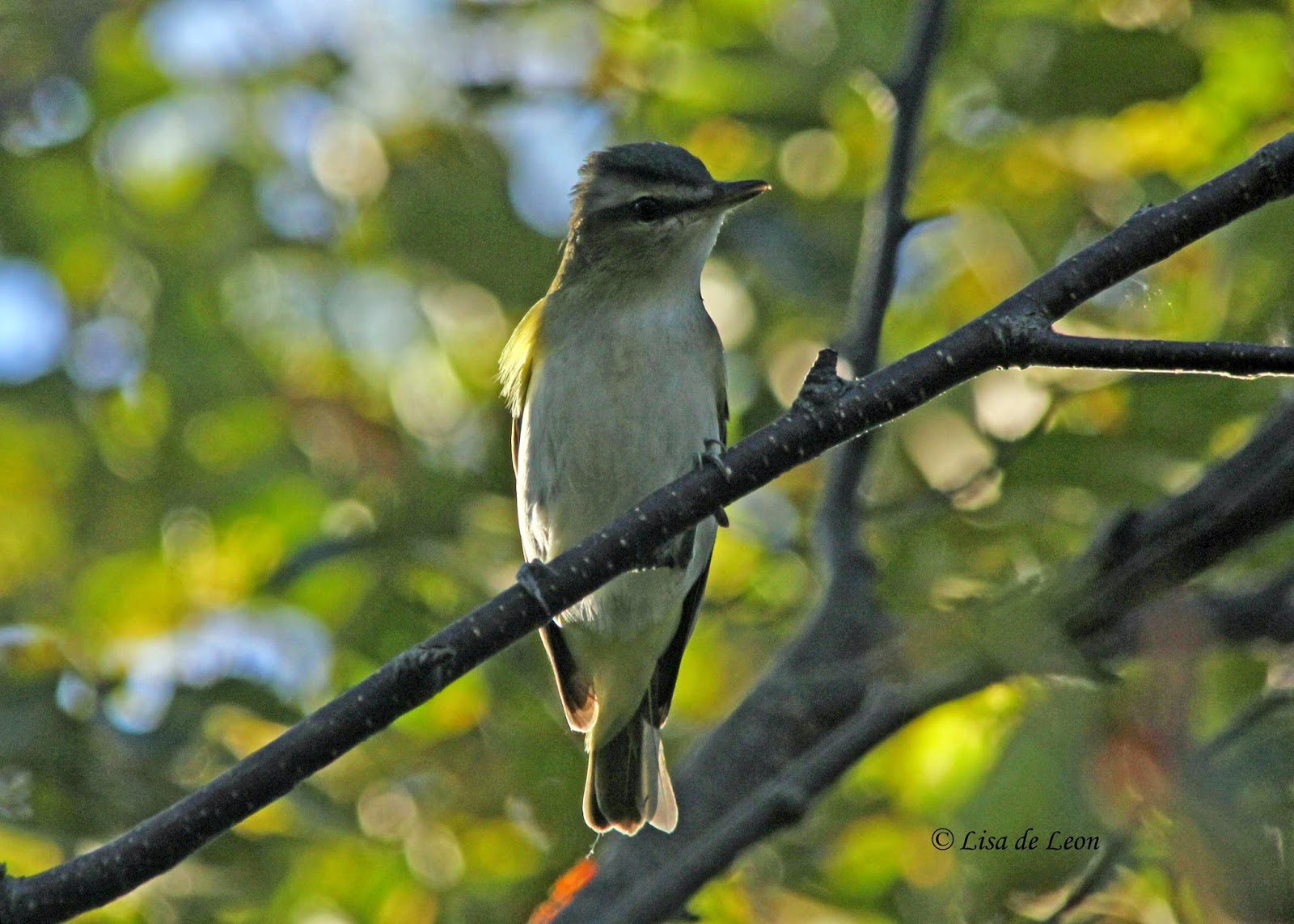 Vireos are big singers, especially the males. It is their song that frequently gives away their location. Three of these six vireos are uncommon breeders in this province. These are: Blue-headed, Philadelphia and Red-eyed Vireo. 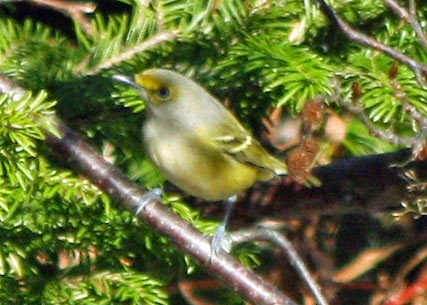 It is likely a pair of Blue-headed Vireo bred in the La Manche area for the last two years as they were spotted in Spring and reported several weeks later. Occasionally, a Red-eyed Vireo has been reported on the Avalon during spring or summer. For instance, there was a Spring Red-eyed Vireo reported regularly in the Waterford River area, and this last summer one was seen in the Rennie's River/Kelly's Brook area. 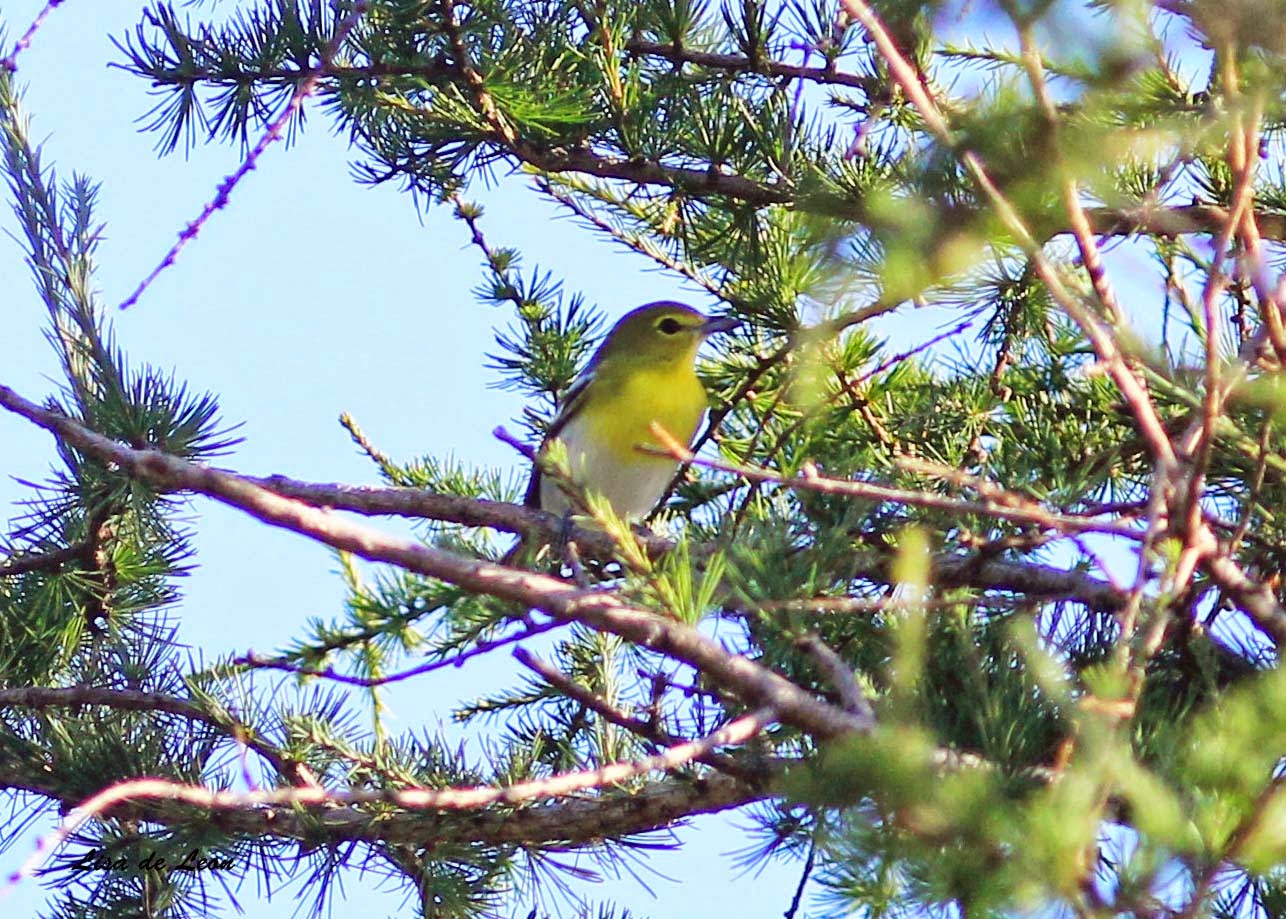 Right now, mid-September, is the best opportunity to see the Red-eyed Vireo. A couple have been spotted already on Blackhead Road. They tend to stay low in the alders and are relatively responsive to phishing.  The last reporting of a Philadelphis Vireo on the Avalon via eBird was on Bear Cove Pt. Road on Sept. 24, 2011. Aside from the recent report of a Warbling Vireo in Blackhead, it has been reported a number of times since 1983 in and around St. John's. All but one sighting occurred in September. 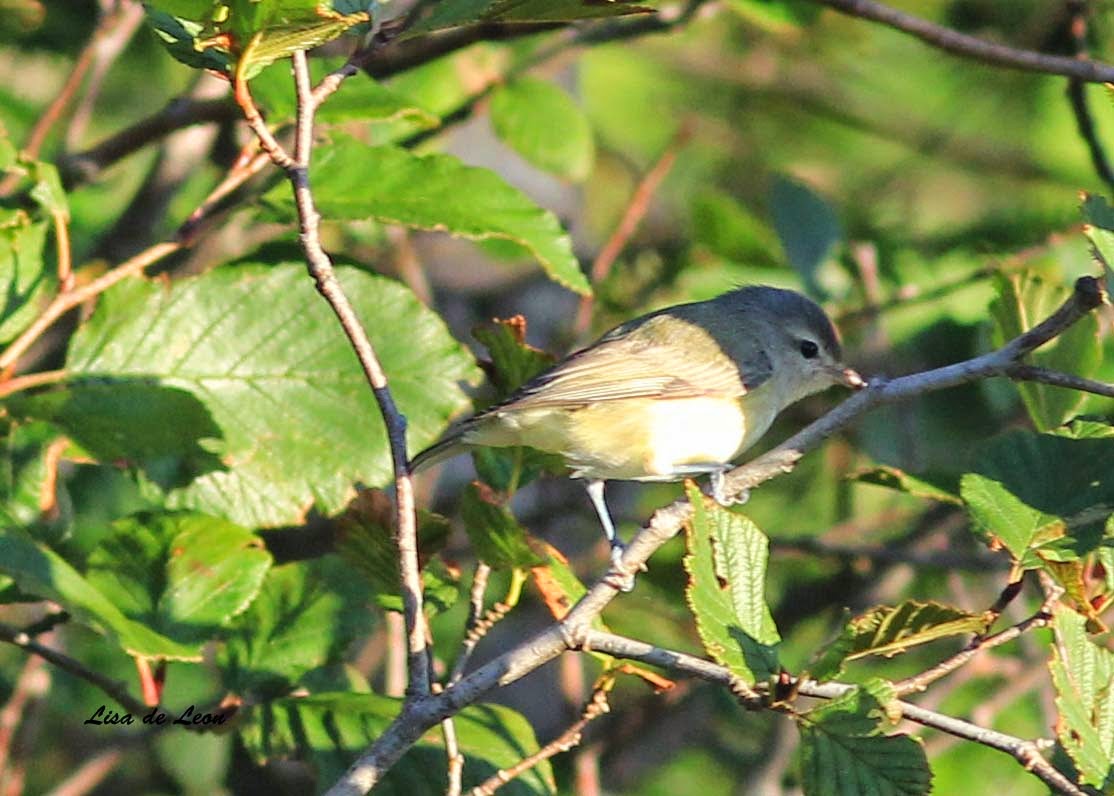 The White-eyed Vireo arrives, when it arrives, later than the other vagrants. Fewer sighting of this bird have been reported, and they took place in mid to late October or nearly November. The only reported sighting of a White-eyed Vireo in the St. John's area was my personal-best find on November 7, 2010 on Pouch Cove Line.

Check eBird to track all of the sightings of the rare vireos. Keep in mind not everyone uses eBird, but it does show a number of locations where one is most likely to find the different species. So far, it is shaping up to be a good vireo year. Will the White-eyed Vireo show up again?
Posted by Lisa de Leon at 6:46 AM