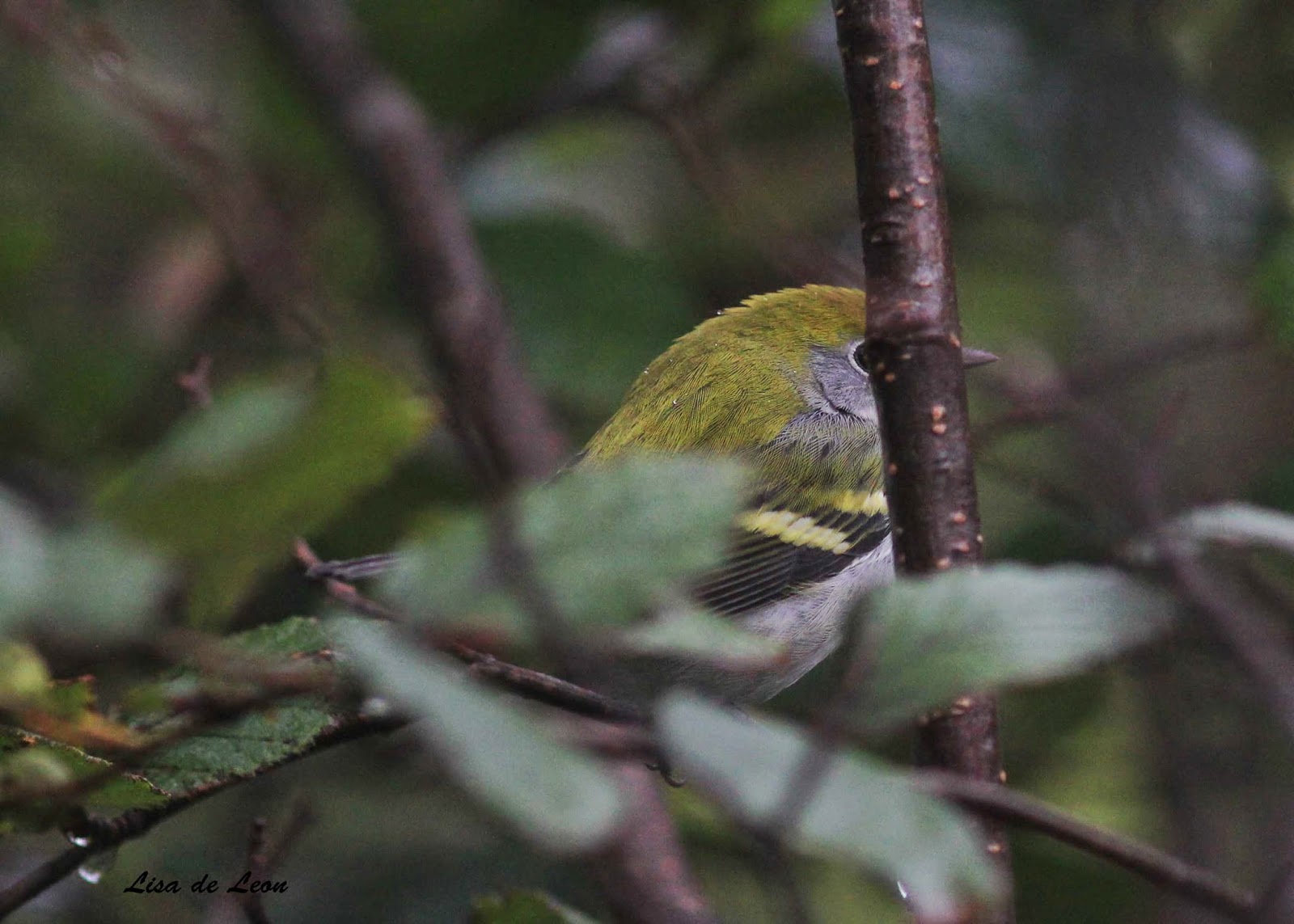 Here I sit, sipping a celebratory glass of wine and enjoying the morning photos of my first-ever Chestnut-sided Warbler. It all happened like this: Soaking wet from traipsing through the alders and not having seen anything but sparrows, I wandered away from the group (Ed Hayden, Alvan Buckley and Ethel Dempsey). It was after 8 a.m. but looking much earlier with the overcast sky and steady drizzle. 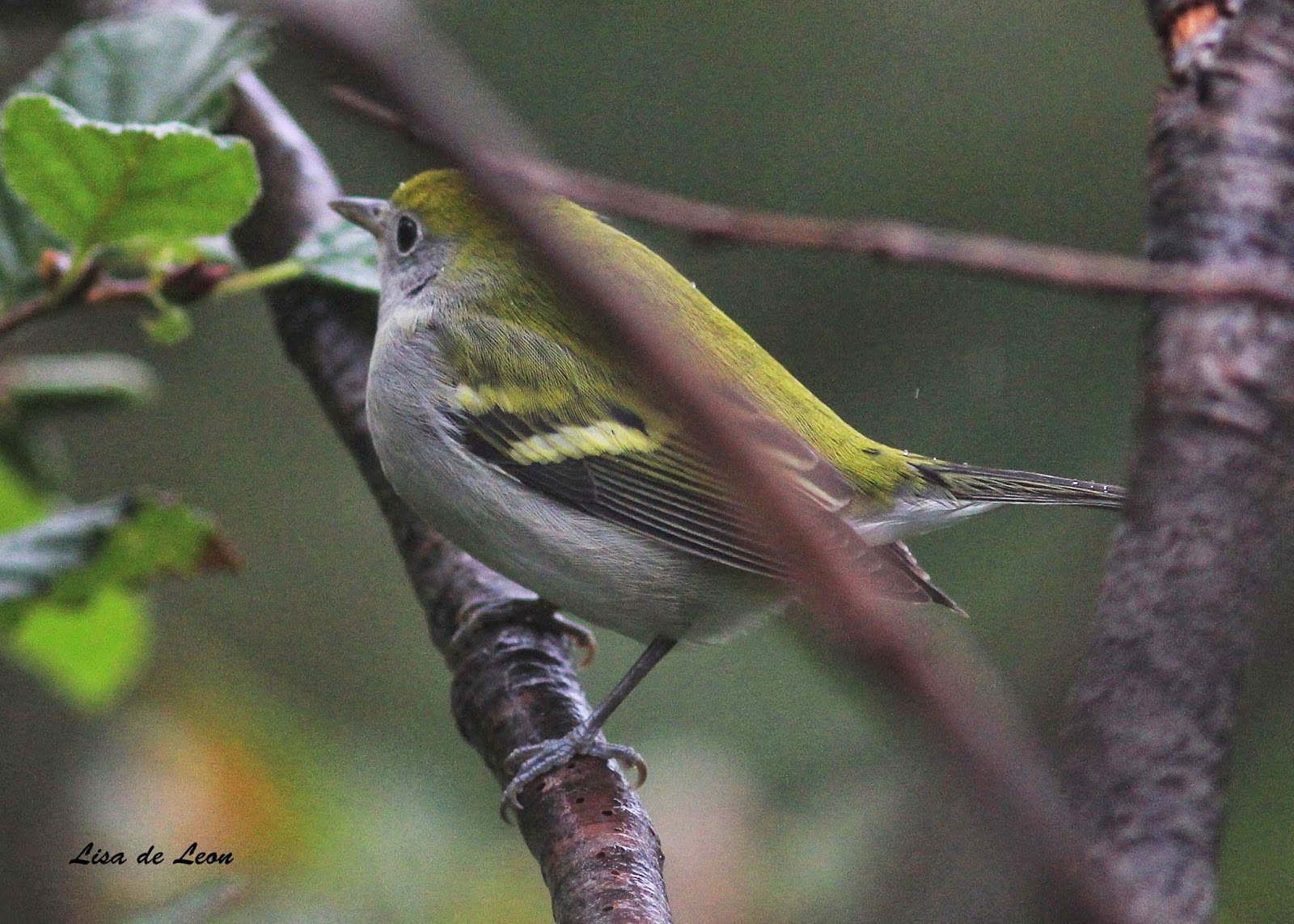 I began to meander back toward the car when I spotted a Common Yellowthroat. That was uplifting...just maybe something else was around, too. Well, there was. I soon saw a Palm Warbler, then a Baltimore Oriole, a Blackpoll and more. There ended up being three Palm Warblers in the area. 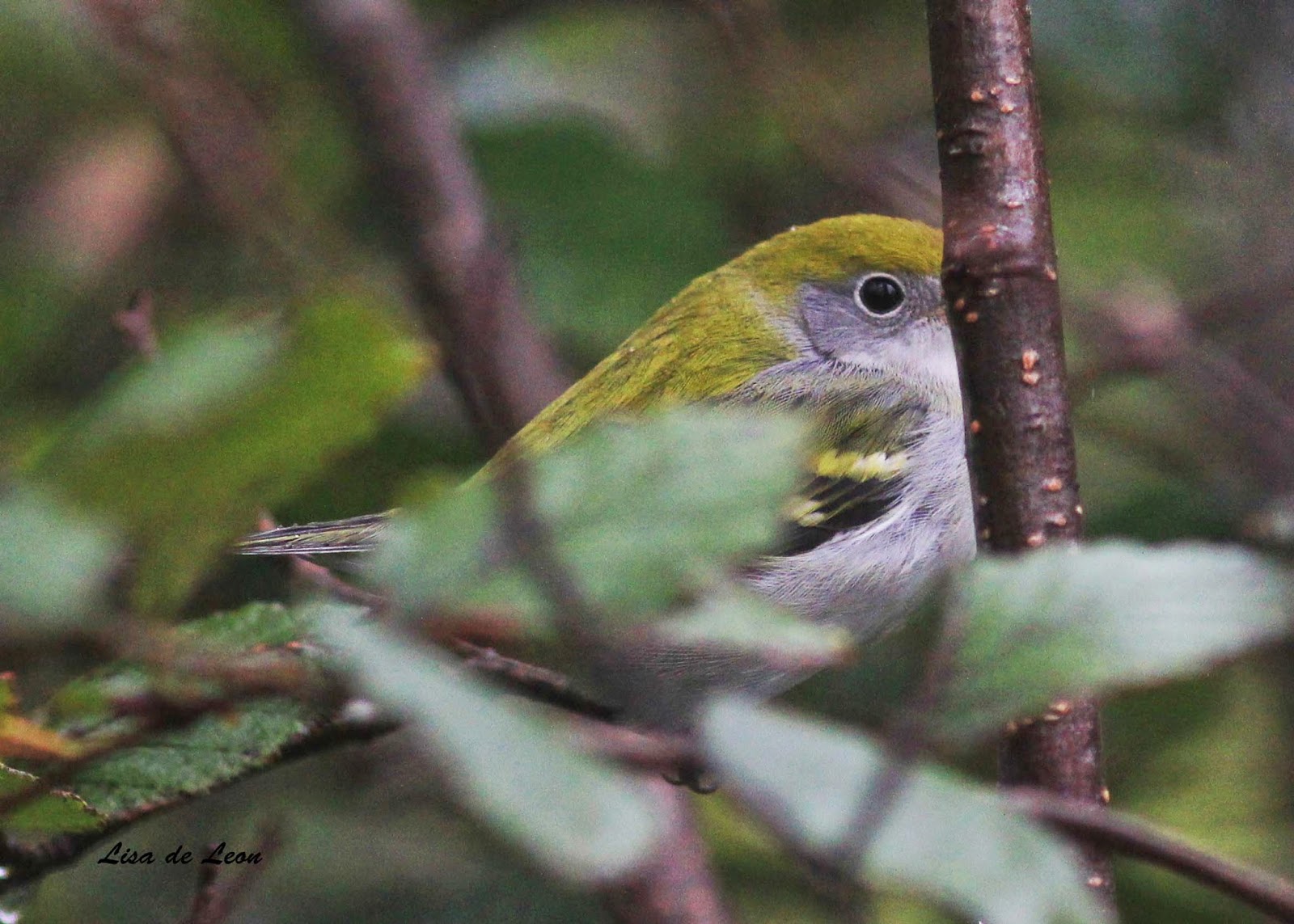 Then, I got a glimpse of something different, something I had never seen before. I was certain it wasn't a Blackpoll as the breast was just too light. With my ISO cranked up and my shutter speed very low to try to offset the darkness, I got a first shot of a piece of the bird. I knew it was something good but had no idea what it was. With a rush of excitement, I began to wonder how I was going to get the others to see the bird. 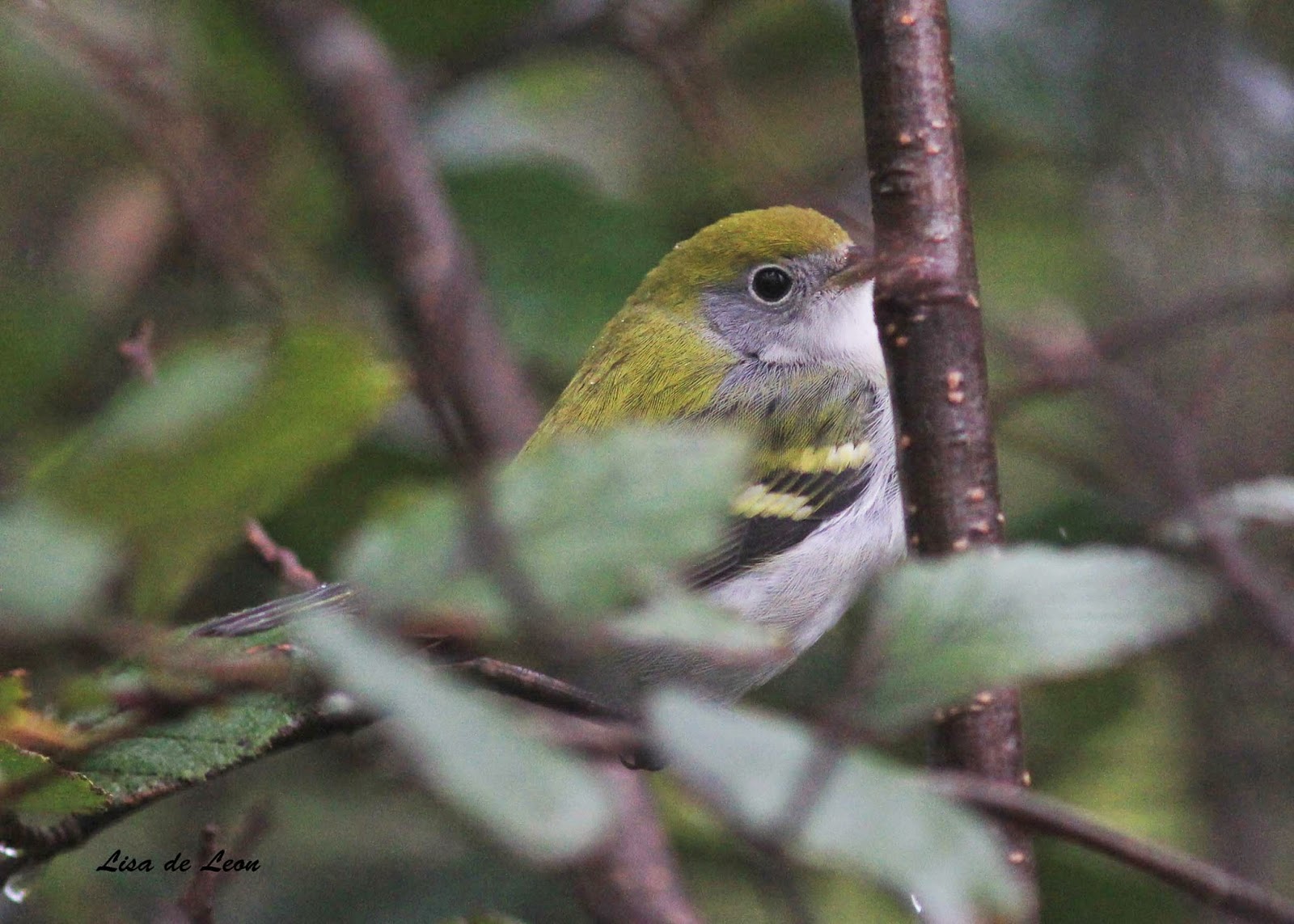 I had no idea how far away they might be. The only thing I could do was keep an eye on the bird until they returned to the car. At last, I spotted them up on the road and called out for them to come....QUICK! 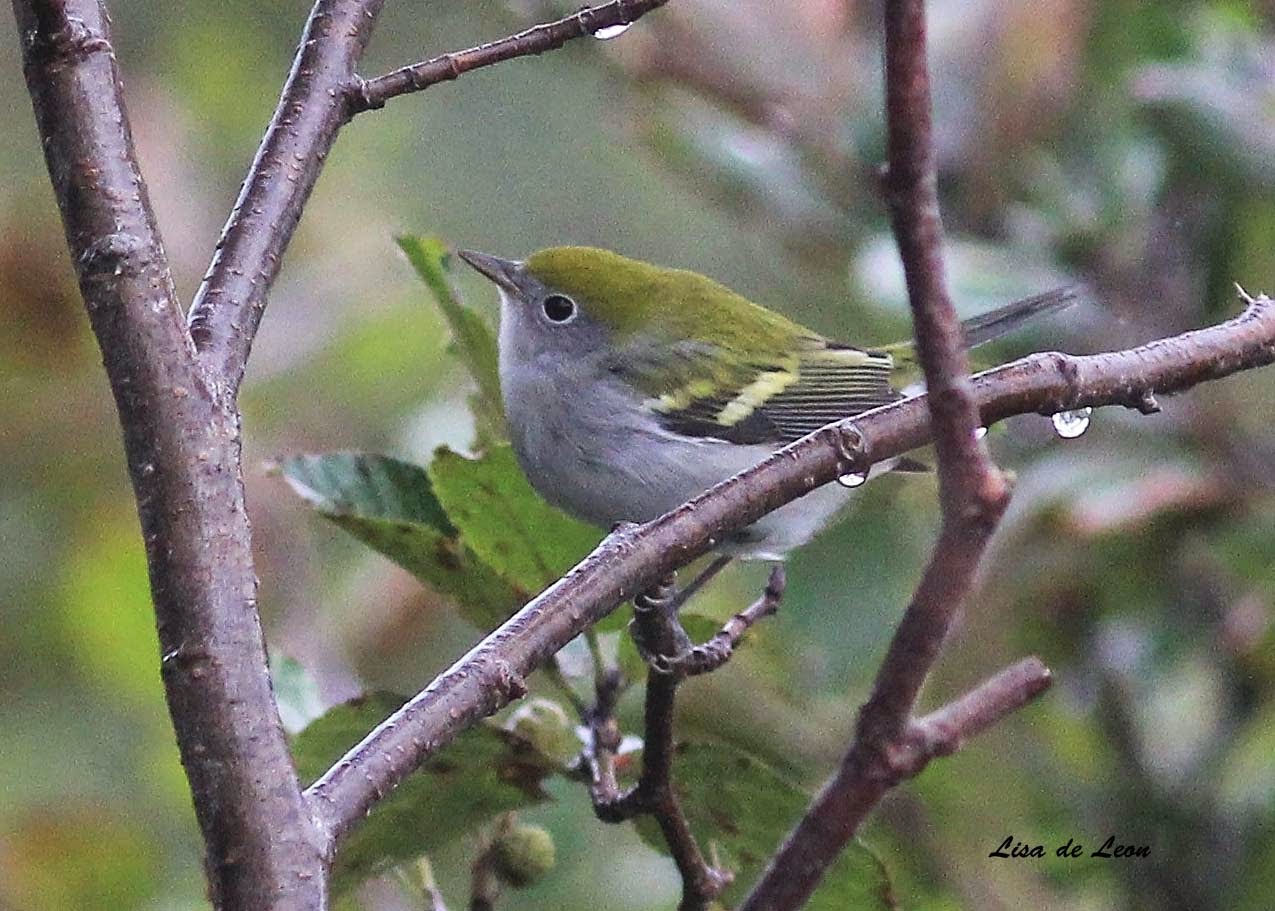 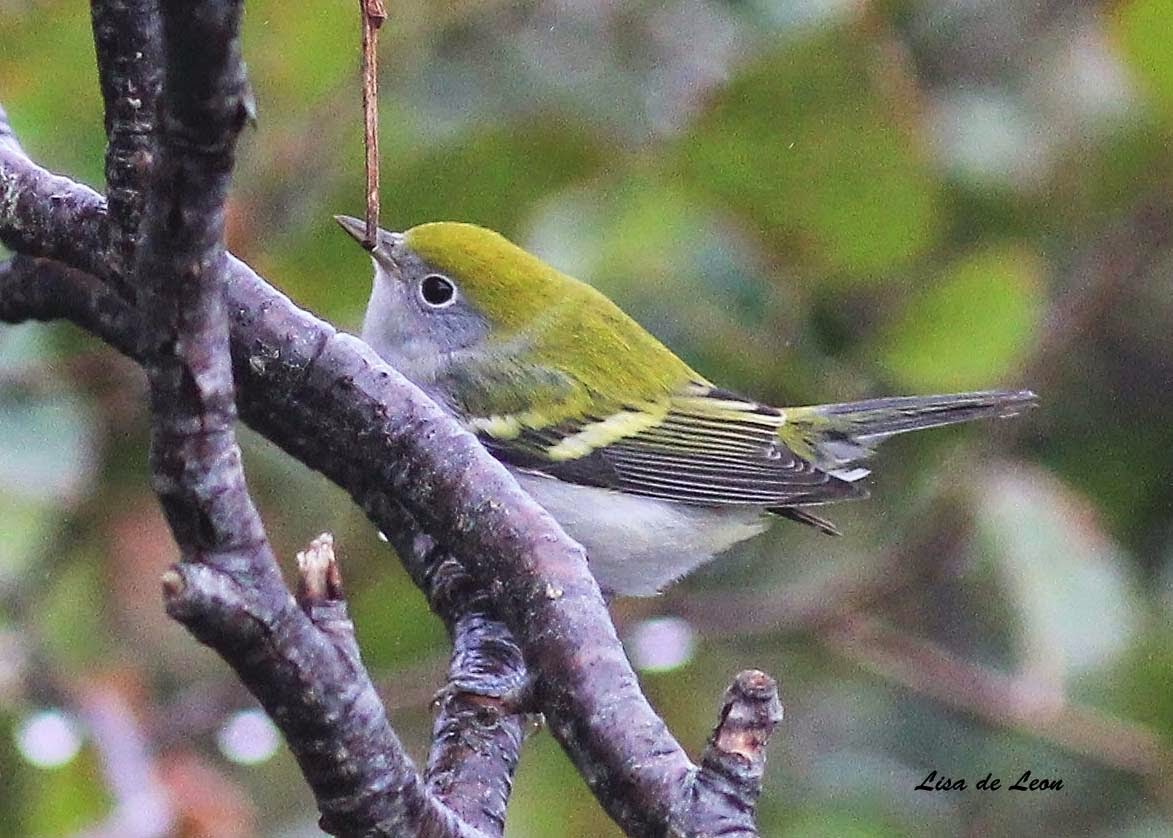 When I got home and checked my guide, I was surprised how different the fall version of this species is from the breeding bird. We all enjoyed quite a flurry of activity before we pulled ourselves away to the next stop, which by the way was also amazing. (The bird is pulling on a small branch it broke just above him.)
Posted by Lisa de Leon at 5:48 PM