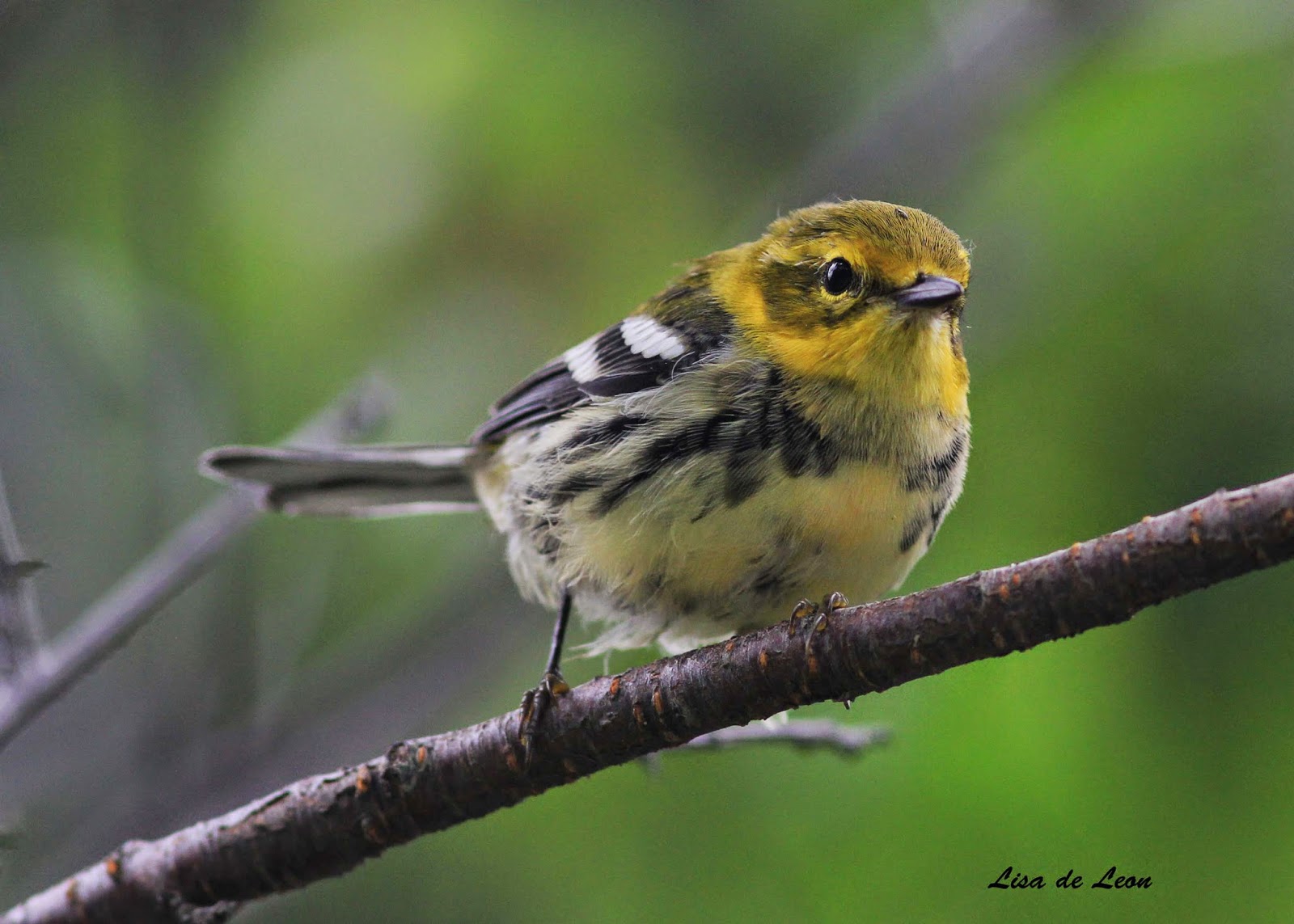 Yesterday while driving to Cape Spear, I was surprised with a Black-throated Green Warbler that flew across the road. I stopped just in time to see it land in an alder right in front of me. (These are not shots of that event as I had to shoot through my front window.) 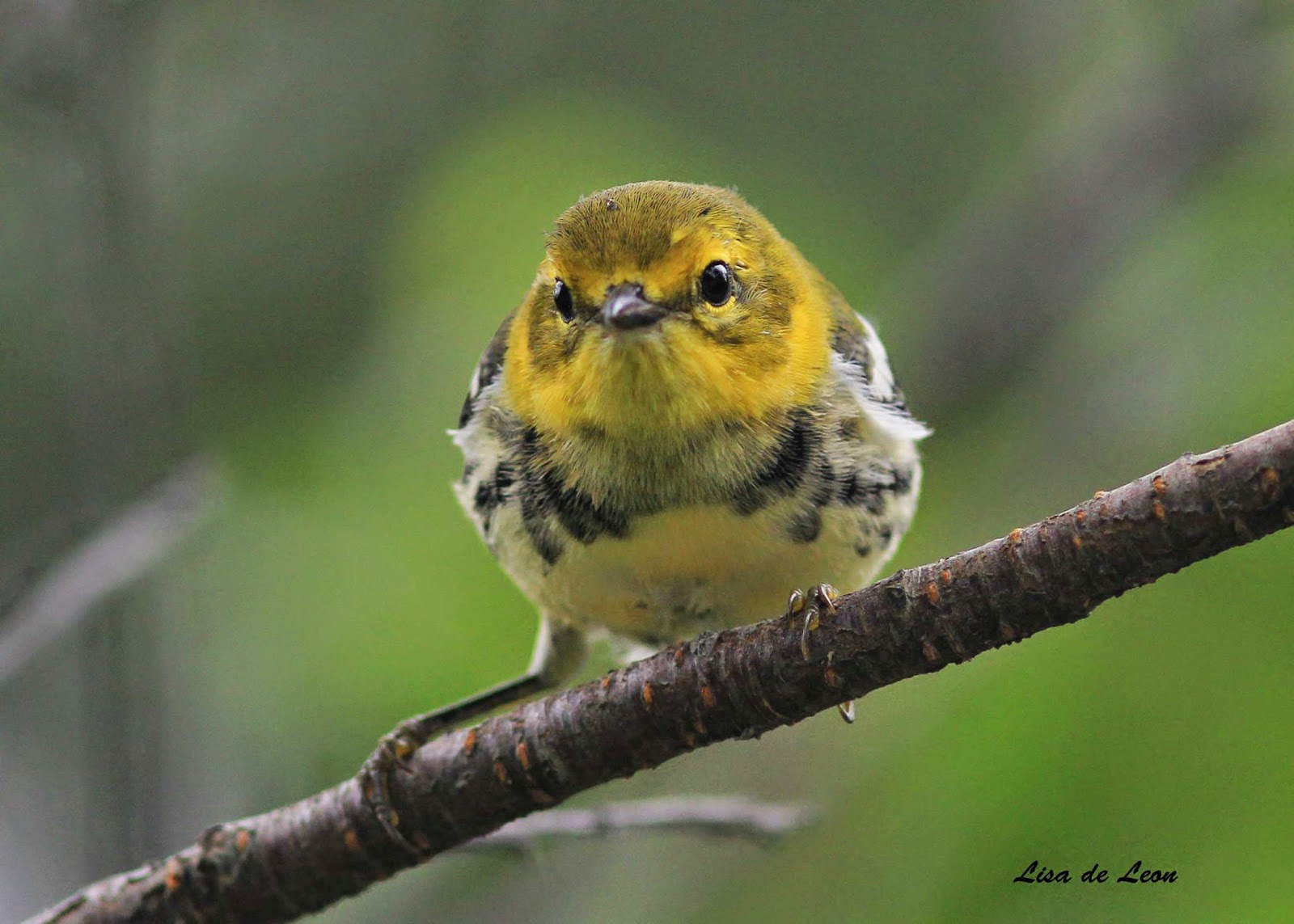 There seem to have been more of this species along Blackhead Road this year than in previous years. 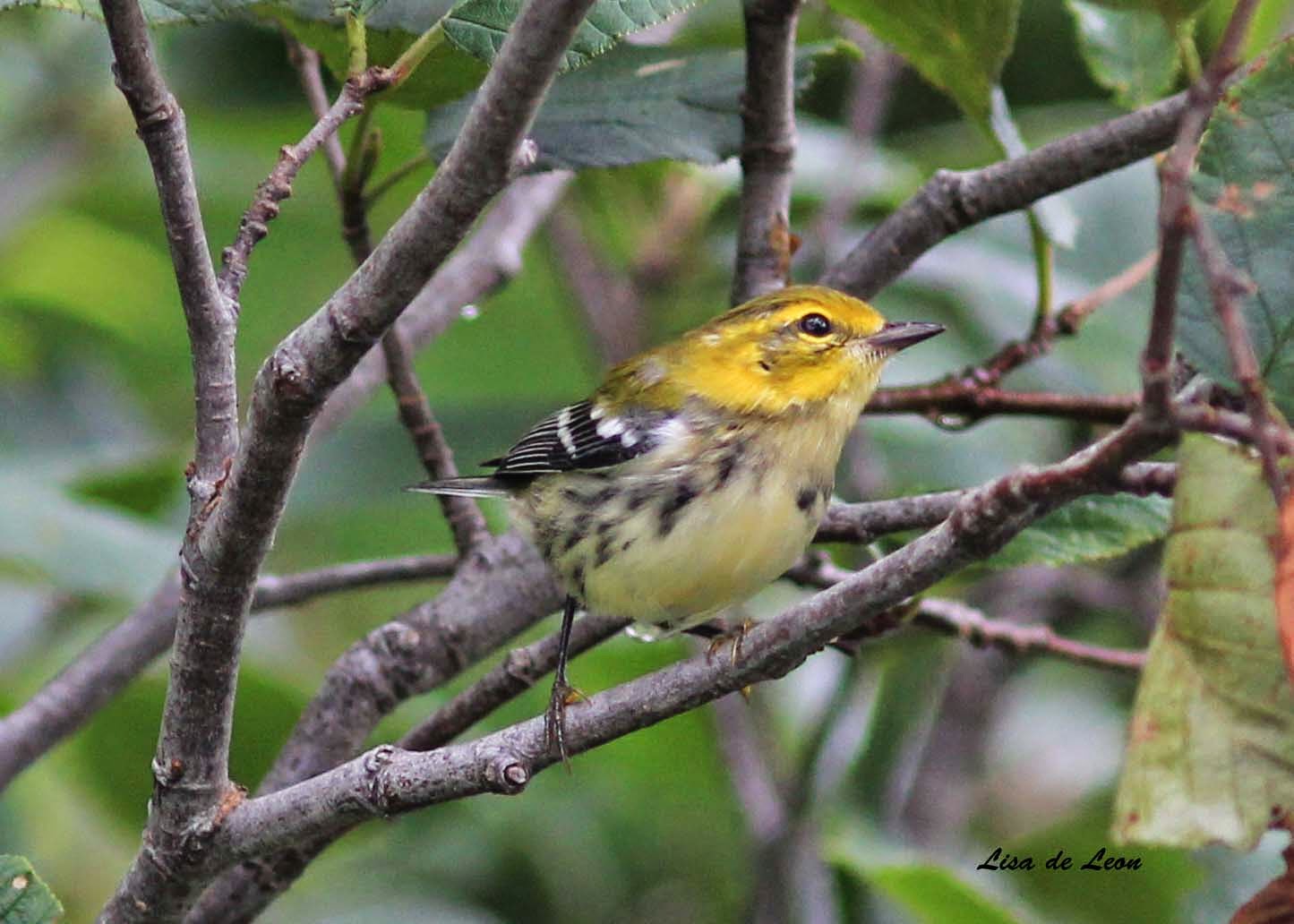 They often appeared on the trail by the bus shelter. That is where I took these snaps in mid-August....more than a month ago. Where did the summer go? 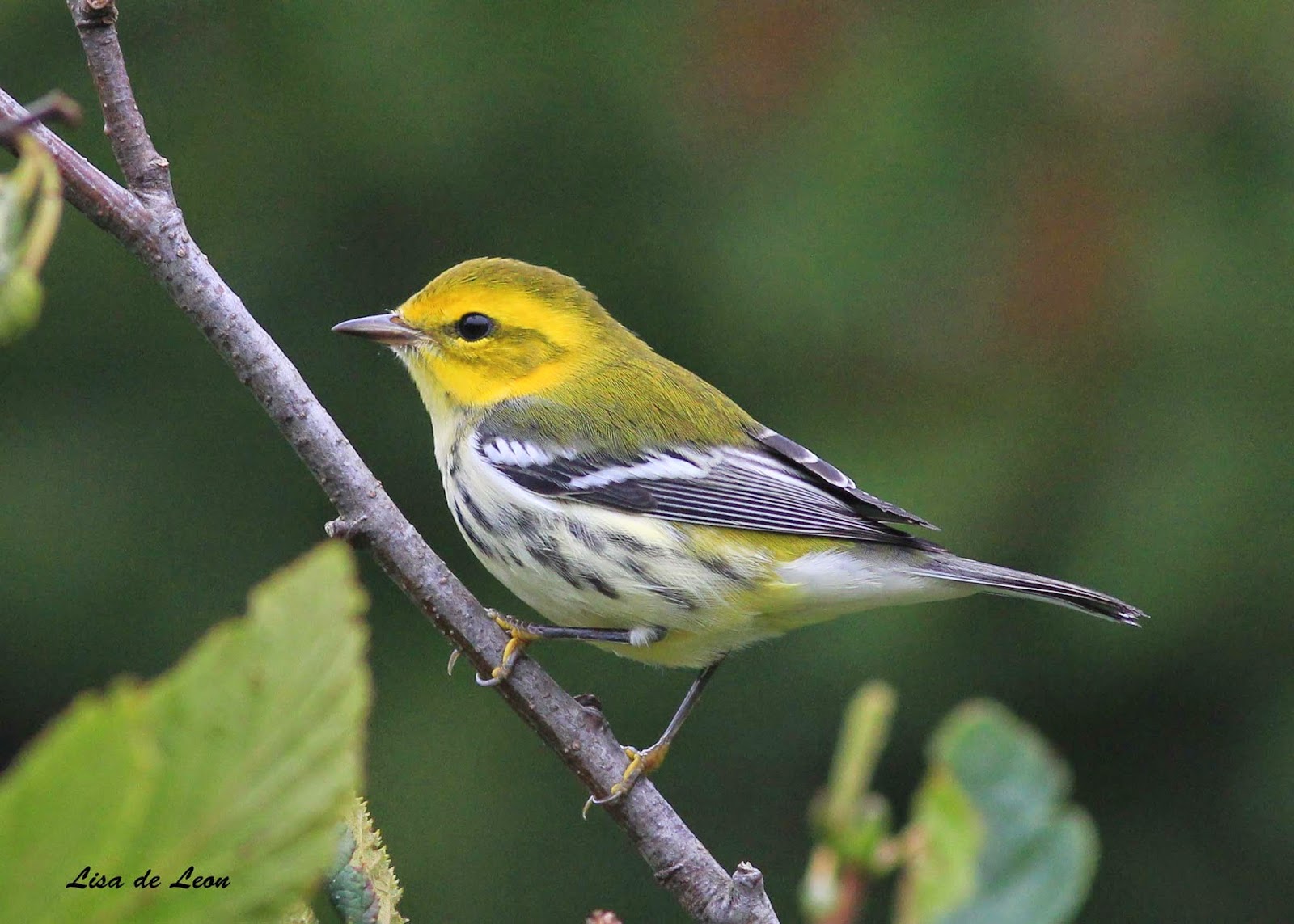 The one I saw yesterday may well be the last of the season for me. Where will it go when it leaves us? South. It will travel south through the U.S. during migration to reach its winter home in southern Florida, Southern Texas and Central America. Some will carry on until they reach northern South America. No mounds of snow for them! Smart birds!
Posted by Lisa de Leon at 6:47 AM