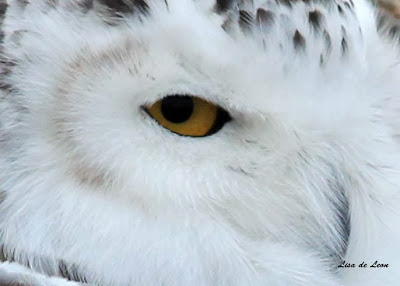 Snowy Owls continue to show up around the province. This may be the best opportunity ever for residents of this province to see this amazing bird. 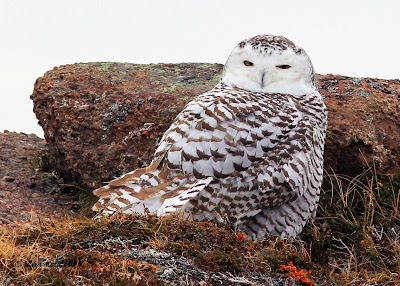 In my last post I attempted to show many angles of the Snowy Owl. For me it was a study to better learn about this rare visitor. 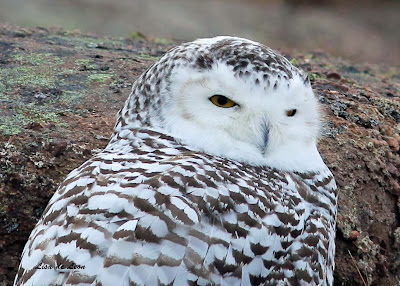 On Monday I returned to Cape Spear in an attempt to get a closer look at the Snowy Owl. At the time there were seven birders looking to do the same thing. 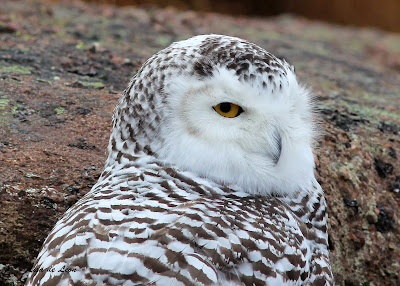 This great bird accommodated us in the best way. It was tucked into a sheltered area where it was dodging the winds, and it planned to stay there. 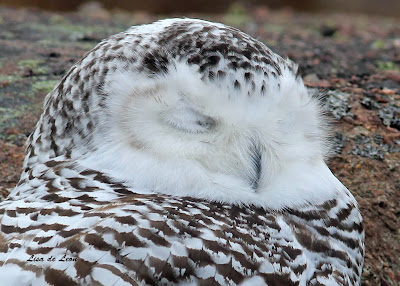 When Margie M. and I arrived, an immature Bald Eagle was circling the bird, low and continuously. The eagle would widen the circle and then, return again to hang low over the owl. There were some tense moments as it looked like an encounter was inevitable. 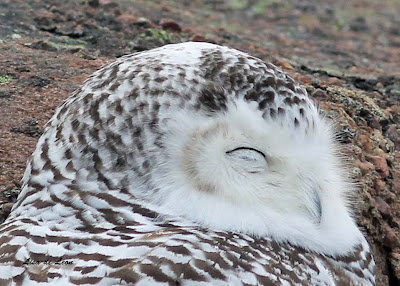 However, it didn't happen. The owl just watched, but didn't move off its perch. 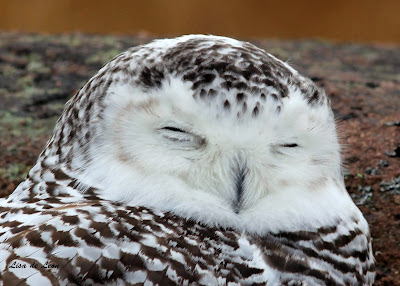 Once the eagle moved on, we worked our way closer to the owl. Unperturbed by us, it closed its eyes to rest. Somewhat concerned about the bird's health, I moved quite gingerly to take my pictures and move on. 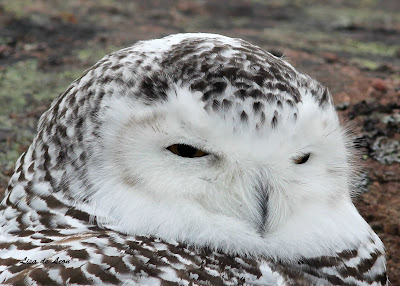 While reading more about the Snowy Owl, I found that lethargic behaviour in the daytime is quite common. Perhaps it was just resting for a later-day hunt for food. 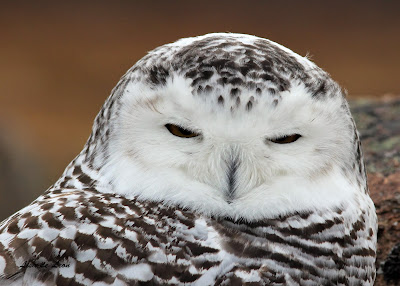 There was no sign of the other three owls in the area, but it is quite possible they may have been in or around the East Coast Trail. 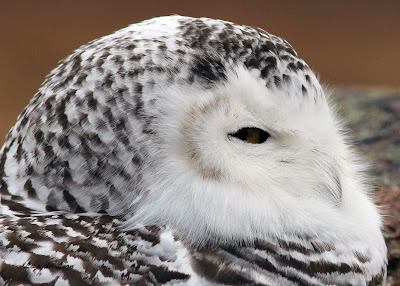 I was thrilled with an opportunity to be able to study the face and eyes of the beautiful bird. What a wonderful opportunity! Occasionally, it would check me out briefly before closing its big eyes yet again.

Well, tomorrow marks the beginning of the Winter Bird Count in Newfoundland. I'm sure I will get out to see what special birds hung on to become a part of a record-breaking Winter Bird List in the making.
Posted by Lisa de Leon at 8:29 AM