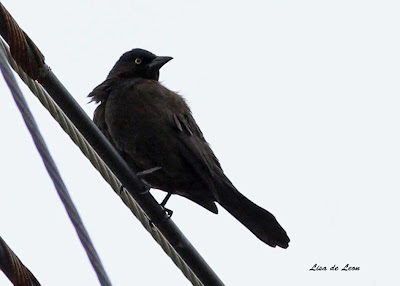 While in some areas, blackbirds are considered a nuisance that is not the case in NL. Our most common blackbird is the Common Grackle. Year-over-year, there is a flock of 30 or 40 regularly moving around St. John's. The best chance of seeing them is typically around the Elizabeth Avenue area, although there was recently a reporting of a large gathering of Common Grackles at Bowring Park. I have are also frequently  seen Common Grackles in Renews and Portugal Cove South as well. 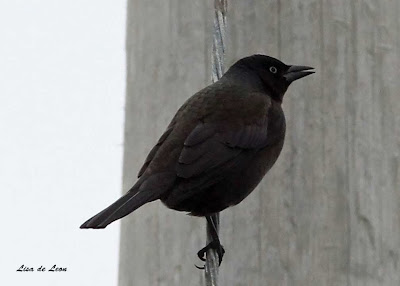 To me, the Common Grackle is a very handsome bird worthy of a stop to watch their gregarious behaviour. The female Common Grackle, as pictured here, has duller tones and a shorter tail than the male's. 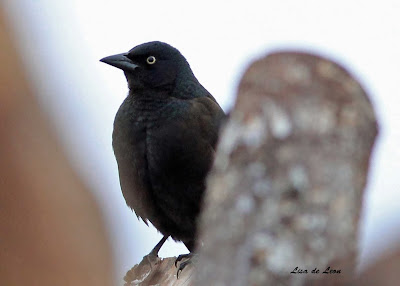 The head, neck and upper breast often glow with a purple metallic sheen while the body is glossy black. This is the largest blackbirds we see in Newfoundland. 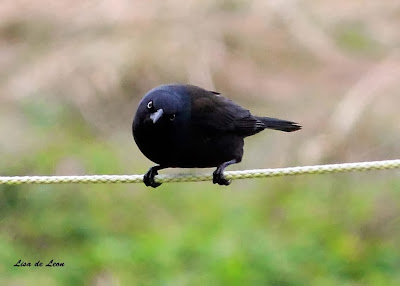 When the light catches the color of the Common Grackle, it really shows Nature's masterful painting. 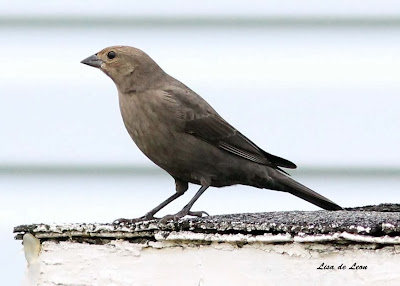 The male Brown-headed Cowbird can be just as handsome as the male grackle. However, the female...not so much with its plain brown colors and faint breast streaking. 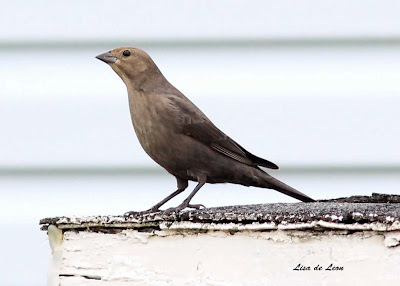 The Brown-headed Cowbird has more of a finch-like beak than a blackbird beak and sports a black eye. This particular bird seen in Portugal Cove South has changed quite a lot since September when I first saw it. It may have been molting at the time. 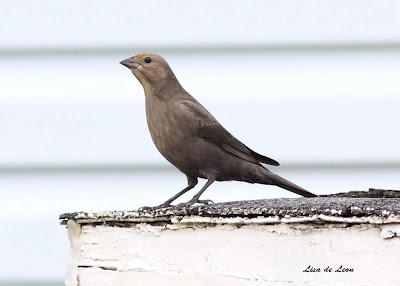 The Brown-headed Cowbird will never earn the parent-of-the-year award as they often lay their eggs in the nests of other birds and abandon them quickly. I wonder just how long this bird will stick around. 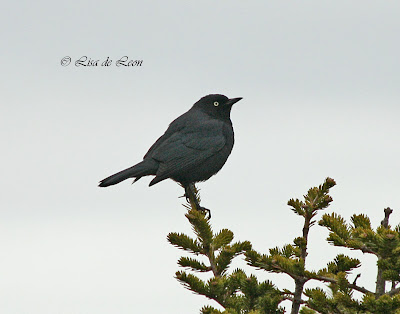 The Rusty Blackbird is the daintiest of the blackbirds we see with several pairs nesting in Newfoundland each year. Over the summer I saw a pair on Power's Road and another pair on The Road to the Shore in September. It would be nice to see an increased presence of this species. 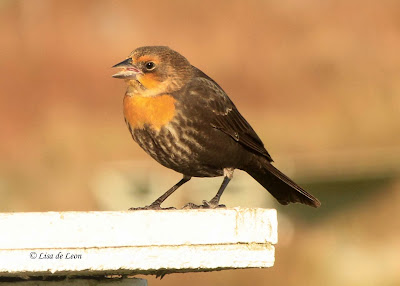 A Yellow-headed Blackbird dropped into Portugal Cove South last year. The rarity of this visitor to the province is on par with the Brown-headed Cowbird. What is it about that area that draws in the blackbirds? 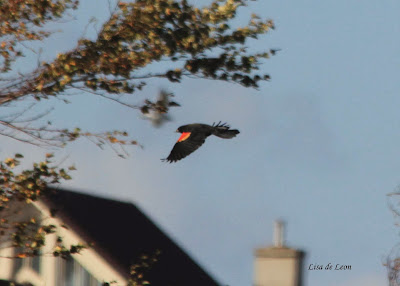 Mundy Pond in St. John's has seen the appearance of two Red-winged Blackbirds over the last two years - one male and one female. I also saw one on the road between Portugal Cove South and Trepassey over the summer. They are rare enough to make each sighting a memorable one. 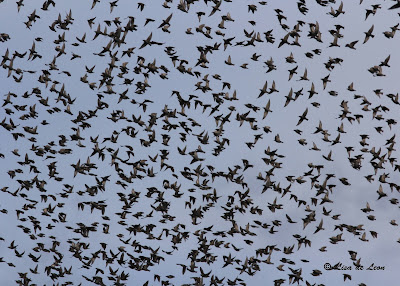 While Newfoundland is not teeming with blackbirds, it is possible to see a variety throughout any single year. Now is a good time to see off-course blackbirds blown in by the strong winds we experience in the Fall.  The large gatherings of European Starling sometimes attract the blackbirds making these large starling flocks a great place to look for vagrants.
Posted by Lisa de Leon at 8:28 AM